Associated PressThis combination of photos provided by the Hennepin County Sheriff’s Office in Minnesota on Wednesday, June 3, 2020, shows Derek Chauvin, from left, J. Alexander Kueng, Thomas Lane and Tou Thao. Chauvin is charged with second-degree murder of George Floyd, a black man who died after being restrained by him and the other Minneapolis police officers on May 25. Kueng, Lane and Thao have been charged with aiding and abetting Chauvin. (Hennepin County Sheriff’s Office via AP)

A local judge overseeing the criminal case against four former Minneapolis police officers accused of killing George Floyd disqualified the local county attorney’s office from working on the case, calling the work of the office “sloppy,” journalists at the hearing reported.

Freeman’s office is assisting the Minnesota Attorney General in prosecuting the case.

Attorneys for the men appear to be turning on one another, each claiming he thought someone else was in charge during the incident that ignited new calls for police accountability and racial justice.

Chauvin, the arresting officer, was caught on video pressing his knee to Floyd’s neck for eight minutes and 46 seconds as the 46-year-old Black man repeated, “Please, I can’t breathe.”

Kueng, Lane, and Thao are charged with aiding and abetting murder and manslaughter.

Hennepin Copunty Attorney Mike Freeman has been disqualified from participating in #GeorgeFloyd case and so are 3 of his attorneys – at issue is their meeting 2 days after #GeorgeFloyd death with Dr. Baker who performed autopsy

Hennepin County District Judge Peter Cahill oversaw the hearing which lasted more than three hours and covered issues involving jury selection, identification, and sequestration, as well as whether the criminal case should be moved out of the county, according to the Star Tribune, which also had a reporter in the court.

Cahill hasn’t ruled on the motions, but did note that moving the case out of the county would likely not benefit the process to find an impartial jury, according to Murphy.

The judge said that forming a jury pool should happen six months before the trial date â€” which is exceptionally early â€” so the court can screen the the media exposure of potential jurors, Murphy, of WCCO-TV, reported.

“‘There is not a county or state in this country that has not had publicity in the George Floyd case,'” the television reporter tweeted, quoting Cahill.

Thao’s attorney, Robert Paule, responded that “we have had cities ablaze because of these cases,” Murphy reported, and that jurors in Minneapolis might feel pressure to convict. 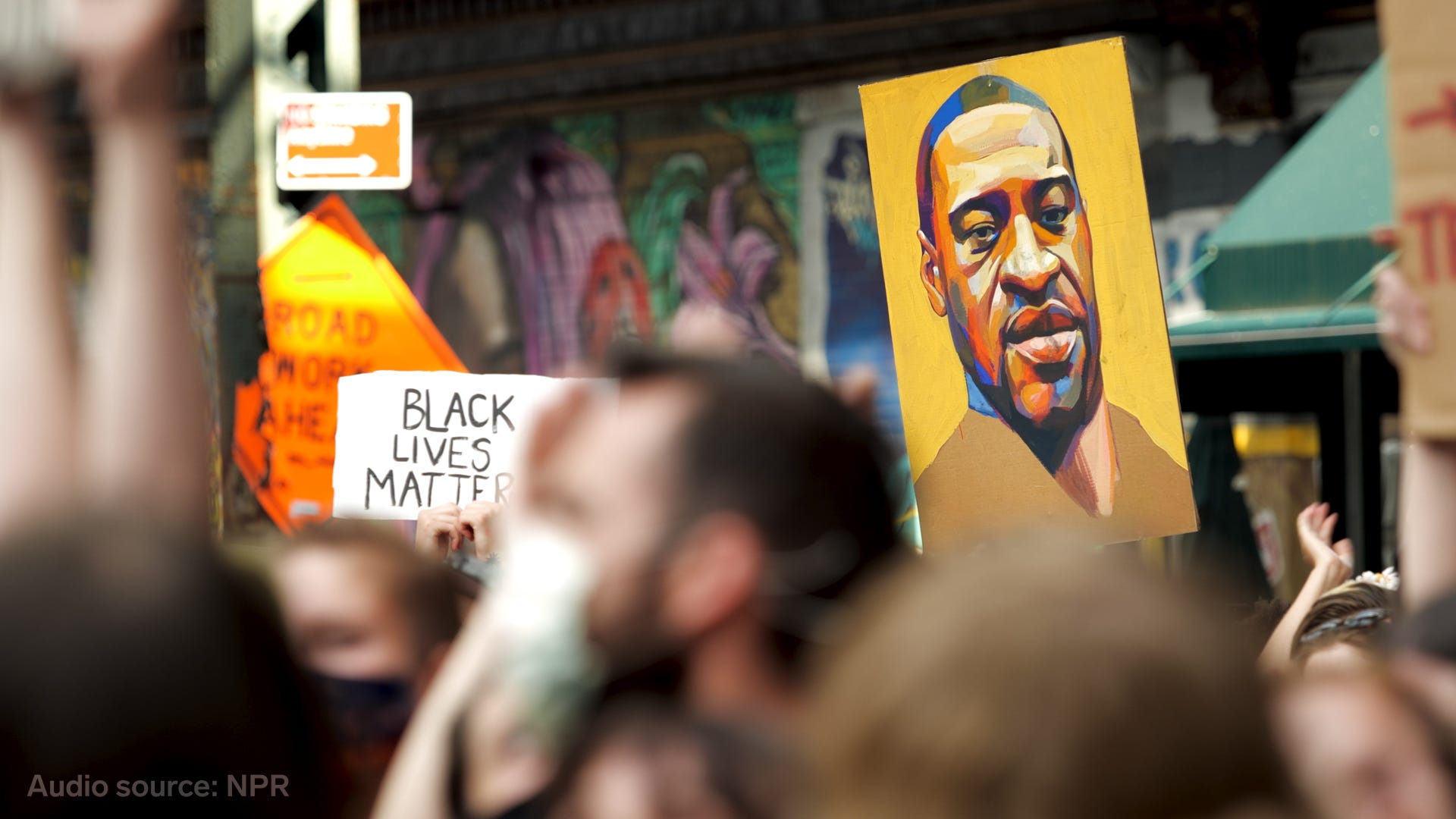 Hours before the hearing began on Friday, protesters began surrounding the area to call for justice in Floyd’s killing.

“Indict, convict, send those killer cops to jail,” they chanted, “The whole damn system is guilty as hell.”

Several people also spoke about Floyd’s killing before the group held an 8 minute and 46 second moment of silence Friday.

Protesters remained outside the municipal building where the hearing was held after Floyd’s family and their lawyers left the hearing.

Speaking to the crowd, Floyd’s brothers condemned defence attorneys for the disgraced officers for bringing allegations of drug abuse into the courtroom.

Chauvin’s attorney, Eric Nelson, argued that Floyd died from chronic health issues and drug abuse, according to the Star Tribune.

Rodney Floyd spoke first, saying that after his brother was killed, he tried to hide the news of his brother’s death from his 9-year-old daughter, “but it found her.”

He recalled getting a phone call from the girl, offering him comfort. Rodney Floyd also noted that his brother was a beloved father, uncle and friend.

He said he wants the public to know that person, and “not the man they’re trying to paint him to be.”

“That officer was the only one getting high off of my brother begging for his life,” Rodney Floyd said.

The trial is scheduled for March 8, 2021, the Star Tribune reported.