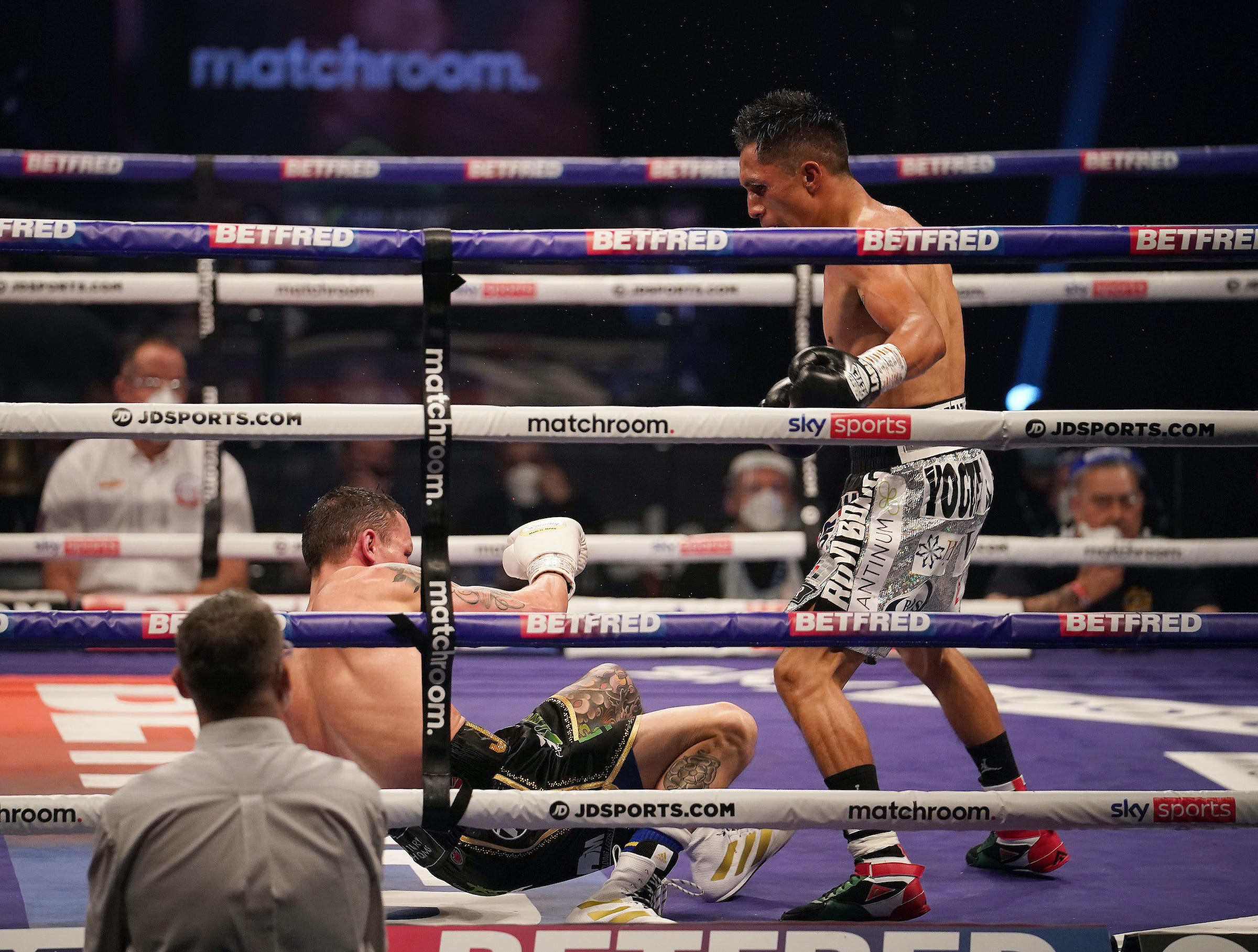 LONDON â€” British fighter Josh Warrington was rushed to a local hospital to receive treatment for a fractured jaw after an upset knockout loss Saturday in London.

Warrington began the fight in a commanding position, dictating the bout with his jab, and out-landing Lara in each of the three opening rounds.

However, the former IBF featherweight champion â€” who had not competed since 2019 â€” was dropped in the fourth round and was arguably never the same again during the fight.

A variety of body shots and punches to the head put Warrington on wobbly legs with one minute left in the fourth.

Lara needed no further invitation to wail hook shots onto his opponent’s face, followed by thundering uppercuts, and a seemingly inevitable knockdown that the Englishman struggled to get up from.

The rest of the round was a one-sided battering as Warrington attempted to cover up, but Lara was able to simply punch through the guard and inflict further damage.

The fight lasted another four full rounds before a stoppage was eventually called in the ninth.

Josh Warrington was sensationally stopped in the ninth round ⚡ pic.twitter.com/eTRrkUirk0

Boxing Scene reported Sunday that the referee Howard Foster “was under heavy scrutiny for allowing [the fight] to continue” after the fourth round.

When he was floored again in the ninth Warrington needed oxygen to help him recover, before getting rushed to hospital so he could receive treatment for a fractured jaw.

“I went to hospital on Saturday night, just as a precaution, and passed all the tests,” Warrington told The Sun. “It was the first time I have been down and touched the canvas as a professional.

“I’ve got a fracture on my jaw and some swelling around my lips but that is to be expected when you trade with a big-punching Mexican.

“Congratulations to Lara, he grabbed his opportunity. Looking back, I should have boxed more clever and made it easy for myself.”

It was the first defeat of Warrington’s career.

His pro boxing record has retreated to 30 wins (seven knockouts and 23 decisions) against one loss.