Let's talk about his face for a minute

“This is an open robbery. The world is watching and God is watching that how President Trump is turning the once great America into a rogue country,” –Hu Xijin, editor-in-chief of the China’s state-run Global Times, on President Trump’s demand that the US government get a cut from any sale of TikTok to an American company. 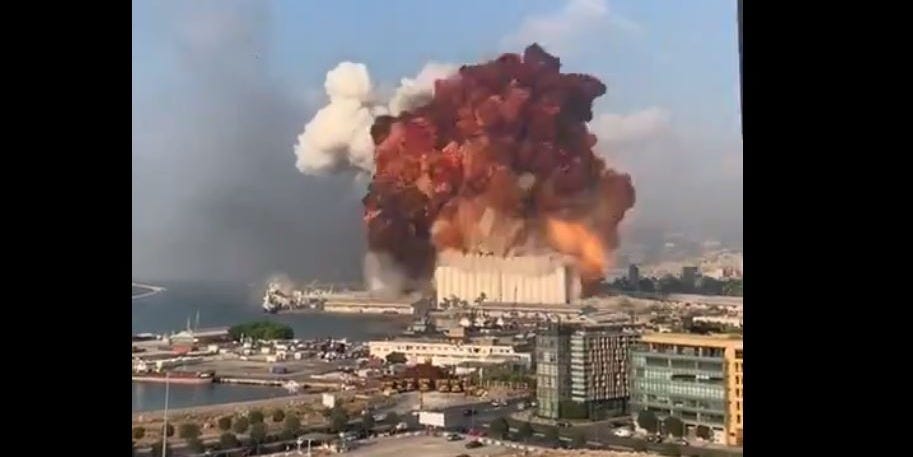 Screenshot/TwitterScreenshot of a video purportedly showing explosion in Beirut

Shocking videos capture massive explosion that just rocked the Lebanese capital of Beirut. Details are still unclear, but the blast near the city’s port has caused extensive damage. Check here for the most recent updates.

The Census will wrap up field data collection a month earlier than planned. Even though 40% of Americans haven’t responded yet, the Bureau will stop collecting data September 30, a month earlier than its previously announced October 31 deadline. They say they need to stop in order to finish up the count by Dec. 31, which is the law. Congressional Democrats are pushing to extend the deadline, but Republicans seem uninterested.

Primaries in Arizona, Kansas, Michigan, Missouri, and Washington are taking place Tuesday. The most interesting race is the Kansas GOP senate primary, pitting Trumpian immigration opponent Kris Kobach against slightly less conservative Roger Marshall. Democrats have spent millions to boost Kobach, believing he’s so poisonous that they could nick the seat in November. Also, the Squad’s Rep. Rashida Tlaib, D-Michigan, rematches against the opponent she squeaked by in 2018.

Trump says the US government should collect a windfall from any TikTok sale to Microsoft. The feds should get “should get a very large percentage of that price,” Trump said, seemingly likening it to a broker’s fee in a real estate deal. It’s not clear what law would allow the US to take a piece of the deal. 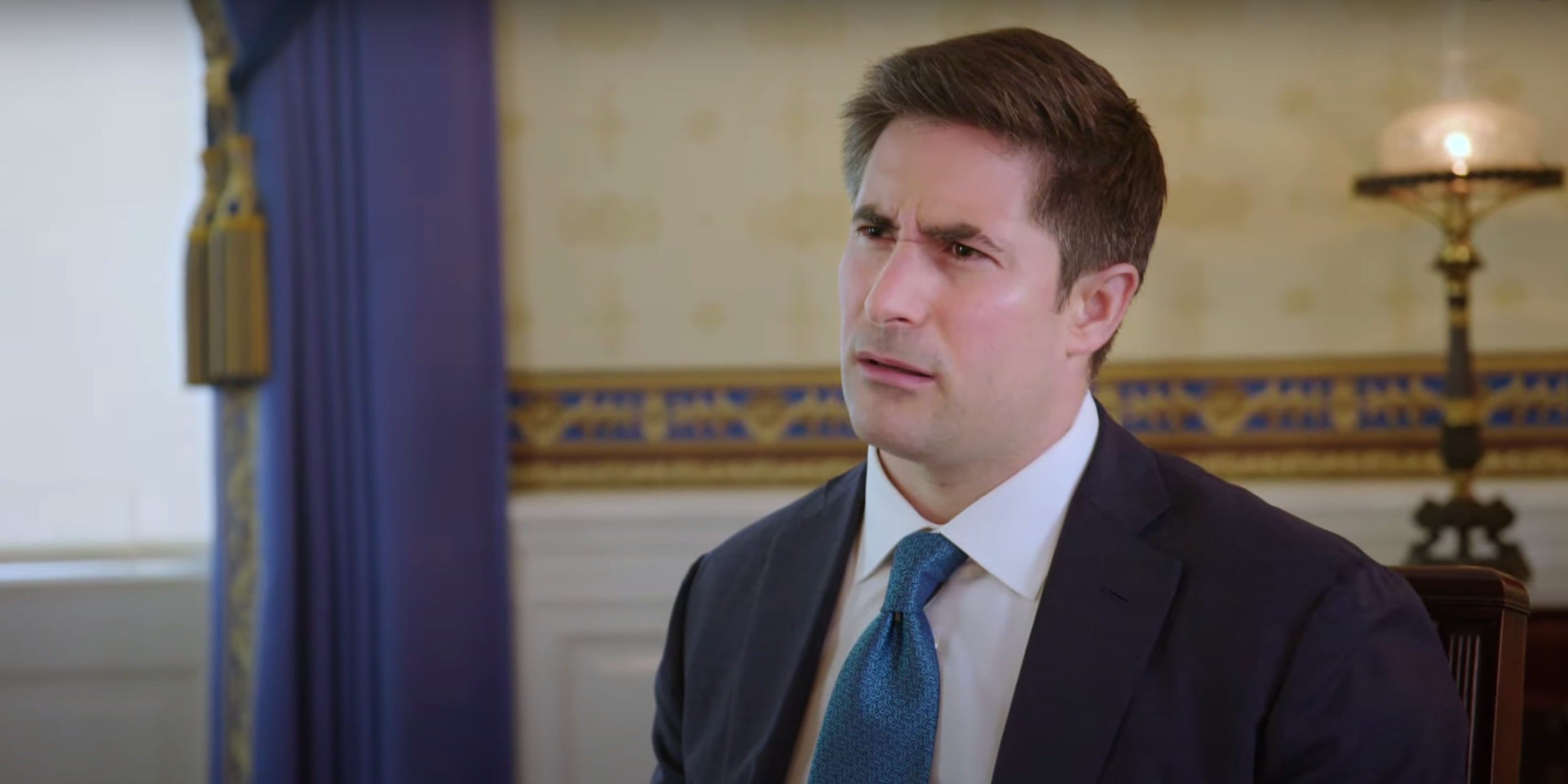 Let’s talk about Jonathan Swan’s face for a minute

Usually when reporters interview President Trump they do their best to remain stonefaced.

HBO just aired an interview between Axios reporter Jonathan Swan and Trump, and Swan could not fix his face. It’s very likely your social media is chockablock with photos of his reactions to Trump’s wild claims, and the country is better for it.

Swan could not fix his face when Trump lied about the US coronavirus testing capability.

Swan could not fix his face when Trump claimed he “would have done something about” intel that Russia was paying the Taliban bounties to kill US soldiers but “it didn’t reach” his desk.

Swan could not fix his face when Trump told him: “I read a lot, I comprehend extraordinarily well, probably better than anyone you’ve interviewed.”

Swan could not fix his face as Trump discredited mail-in voting at the same time the Trump campaign is encouraging it.

Swan tried every respectful way to get Trump to answer direct questions and stay on topic – to use reason. It was like herding cats, and seemed very exhausting, but it reflected the reality of Trump’s disjointed thought patterns and inability to accept responsibility.

It reminded me of this column by Australia-based journalist Lenore Taylor in The Guardian. She argued that it’s hard to understand how meandering and nonsensical Trump’s speech is when you watch news or read headlines about him day-to-day. By and large, she said, the US media has tried to make him make sense by using short clips and quotes. It makes him sound normal.

But he’s very much not.

This same goes for live interviews. When journalists react to Trump the way they would react to a normal politician talking about normal ideas, it can take away from the moment we’re in. Jonathan Swan’s face said: “You’re not crazy, America. This is crazy.” I appreciate that. – Linette Lopez

“There are those who say you can test too much”

You’re not the only one to have noticed Swan’s face, Linette.

Swan asked if the current US rate of about a thousand COVID deaths a day is really the best we can do?

Trump proceeded to go on one of his patented incoherent filibusters before interrupting himself to compliment Swan, who was either bemused or at a loss on how to process the nonsense he was being fed.

“First of all, we have done a great job. We’ve gotten the governors everything they needed. They didn’t do their job – many of them didn’t and some of them did. Someday we’ll sit down, we’ll talk about the successful ones, the good ones –look at that smile – the good ones and the bad. We had good and bad. And we had a lot in the middle. But we had some incredible governors. I could tell you right now who the great ones are and who the not-so-great ones are.”

Kudos, as well, to Axios’ video editors who cut together a rapid-fire back-and-forth worthy of a Marx Brothers movie. Watch at about the 10-minute mark where Trump claims “there are those who say you can test too much” for the coronavirus. When Swan asks who says that, Trump replies, “Read the books, read the manuals.”– Anthony Fisher

Why is the GOP so nonchalant about the next relief bill?

Enhanced unemployment benefits expired last week, and tens of millions of households are facing immediate poverty and eviction. GDP suffered a galactic collapse in the second quarter. The economy isn’t recovering – it’s lying in bed with a hacking cough. The election is only three months away. And yet Republicans whiled away the spring on delusions of recovery, and are now languorously discussing a new stimulus bill, like it’s a sugar bowl at an antique store that they might buy – or might not.

The US is experiencing the most dangerous economic emergency in 80 years, and the GOP is headed for an electoral thwacking in November, so why are Republicans so blase?

On Monday Trump tried to put a condition on the sale of TikTok’s US business to Microsoft. He said that the US Treasury should take a “very large percentage” of the sale price.

Immediately there was public outcry from politicians on both sides of the aisle. This is not something an American president does or says. But it is something a politician that Trump enjoys doing real estate business with would do or say.

Trump gained his understanding of the relationship between politics and business from his father, real estate mogul Fred Trump. Young Donald’s very first deal was made possible when New York City Mayor Abe Beame – to whom Fred had contributed a great deal of money – gave Donald what would ultimately be a $US410 million tax break.

When Trump’s organisation went international, so did his corruption. In Panama in 2009, the Trumps got a hotel management project off the ground by double-selling apartments. The family was eventually pushed out of that project and the current owners are accusing them of tax fraud.

Back in 2015, the Trumps tried to open a hotel in Baku, Azerbaijan in cooperation with a family with ties to Iran’s Revolutionary Guard.

It’s easier for someone as transactional as Trump to operate in countries with a history of corruption at the highest levels. People like him thrive in places where money matters more than the rule of law, and the state has an interest in all business dealings. He admires leaders who run these kinds of systems, and he has tried to invest in countries that work this way – like Putin’s Russia, Erdogan’s Turkey, and Xi’s China.

So when Trump talks about the government taking a cut from any sale of TikTok’s US business, he’s being the kind of politician he admires. This is what he thinks politics are, and this is who he wants to be. – LL 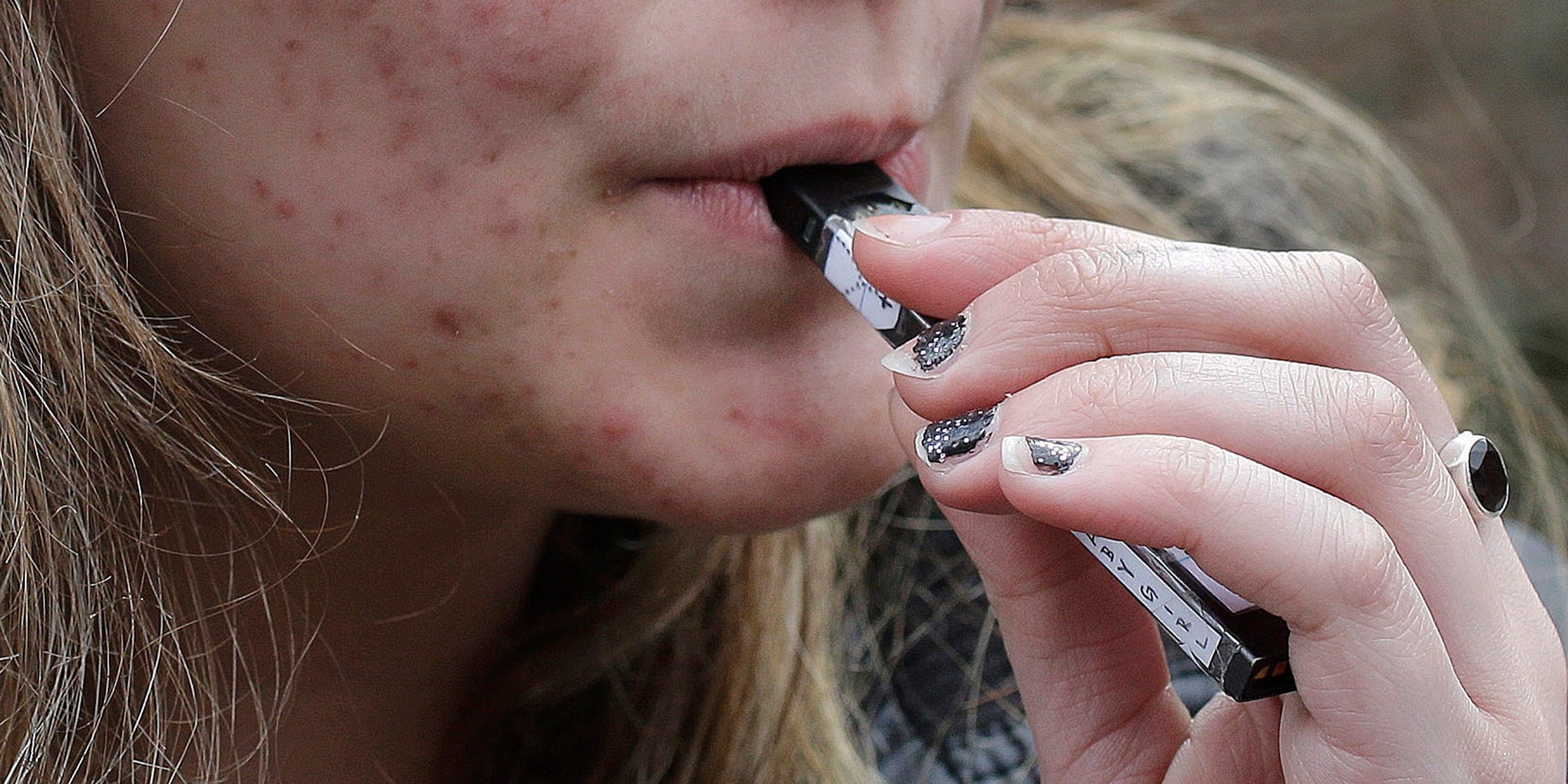 Associated PressFILE – In this April 11, 2018, file photo, a high school student uses a vaping device near a school campus in Cambridge, Mass. The Trump administration announced Thursday that it will prohibit fruit, candy, mint and dessert flavours from small, cartridge-based e-cigarettes that are popular with high school students. But menthol and tobacco-flavored e-cigarettes will be allowed to remain on the market. (AP Photo/Steven Senne, File)

Remember way back in early 2019 when vaping was the health scourge of our age?

The media and lawmakers – without evidence – linked EVALI (E-cigarette or Vaping Product Use-Associated Lung Injury) with legitimate nicotine vaping products, which have been demonstrated to be one of the most effective cigarette-smoking cessation tools ever produced.

In short order, bans on flavored nicotine vaping products were instituted at both the federal and state level, and in some municipalities, e-cigarettes were banned entirely.

By last December, the CDC belatedly confirmed what had been in plain sight all along: nicotine vapes likely had nothing to do with the rash of EVALI injuries, but black market THC products likely did.

This didn’t lead to a mea culpa by media organisations or a swift re-accounting by politicians of their rash, sweeping edicts against vaping. All those bans are still in effect, very few corrections have been issued in the media.

But that doesn’t mean the story’s over. In the wake of the crackdowns, cigarette smoking (which still kills 480,000 Americans a year) is booming.

An executive at Altria, which makes Marlboro, told the Wall Street Journal that smokers over the age of 50 are the primary customers moving back to cigarettes from vaping. He added that the vaping crackdowns “benefited the entire cigarette category.” – AF Ford CEO Jim Hackett is retiring in October.Hackett, who’s been running Ford since 2017, will be replaced by COO Jim Farley.

How to ask for a raise during a recession.Three negotiating tactics that might work, even right now. 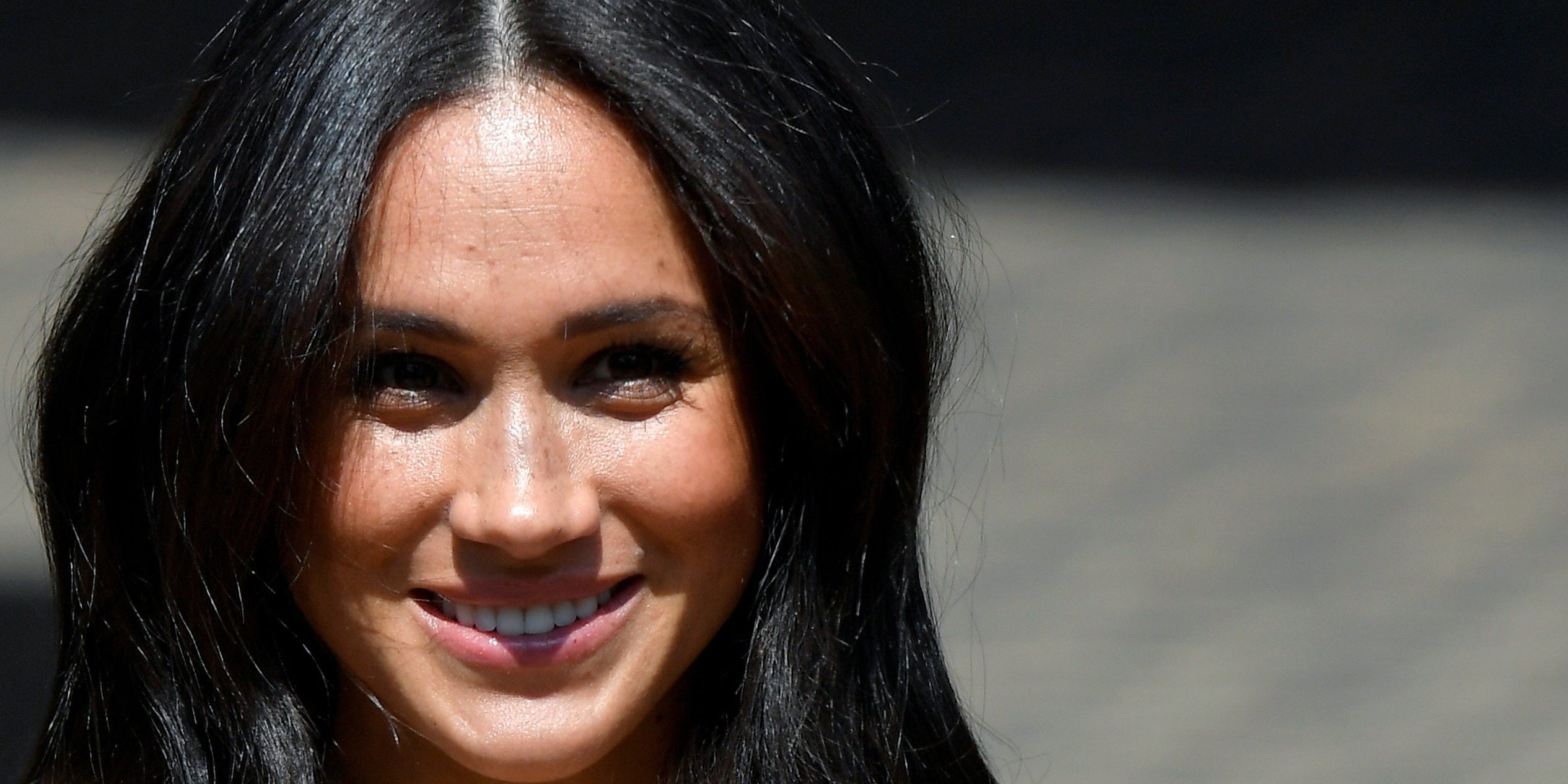 She ate like Meghan Markle for 10 days and it was fantastic. Lots of salads, sushi, green juices, and oatmeal.

Odell Beckham Jr. says the NFL should cancel the 2020 season. The star receiver says that it’s wrong to play during a pandemic, and that the owners will sacrifice players’ health because “they don’t see us as human.” 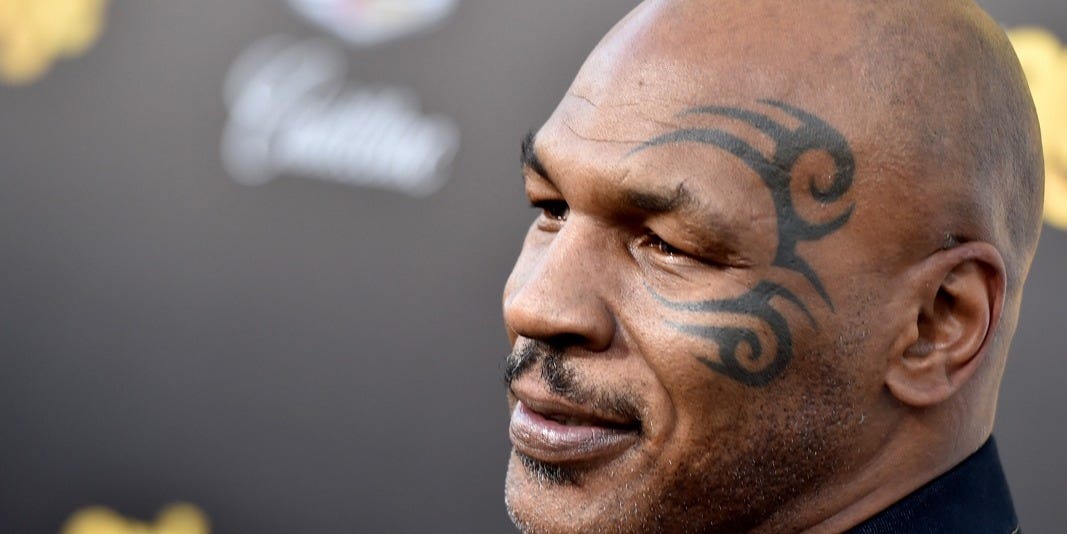 New bodycam footage shows George Floyd begging cops not to shoot him as they point a gun at him. The video, obtained by Dailymail.com, shows the early moments of Floyd’s fatal encounter.

Woman who coughed on another Pier 1 customer charged with assault. It was one of those horrible pandemic encounters.

The boxer who ended Tyson’s career in 2005 wants to fight him again, after the Jones bout. Kevin McBride is 47, and a tree-trimmer.