John Oliver is mercilessly trolling Dana White over his name, his baldness, and the way he runs the UFC 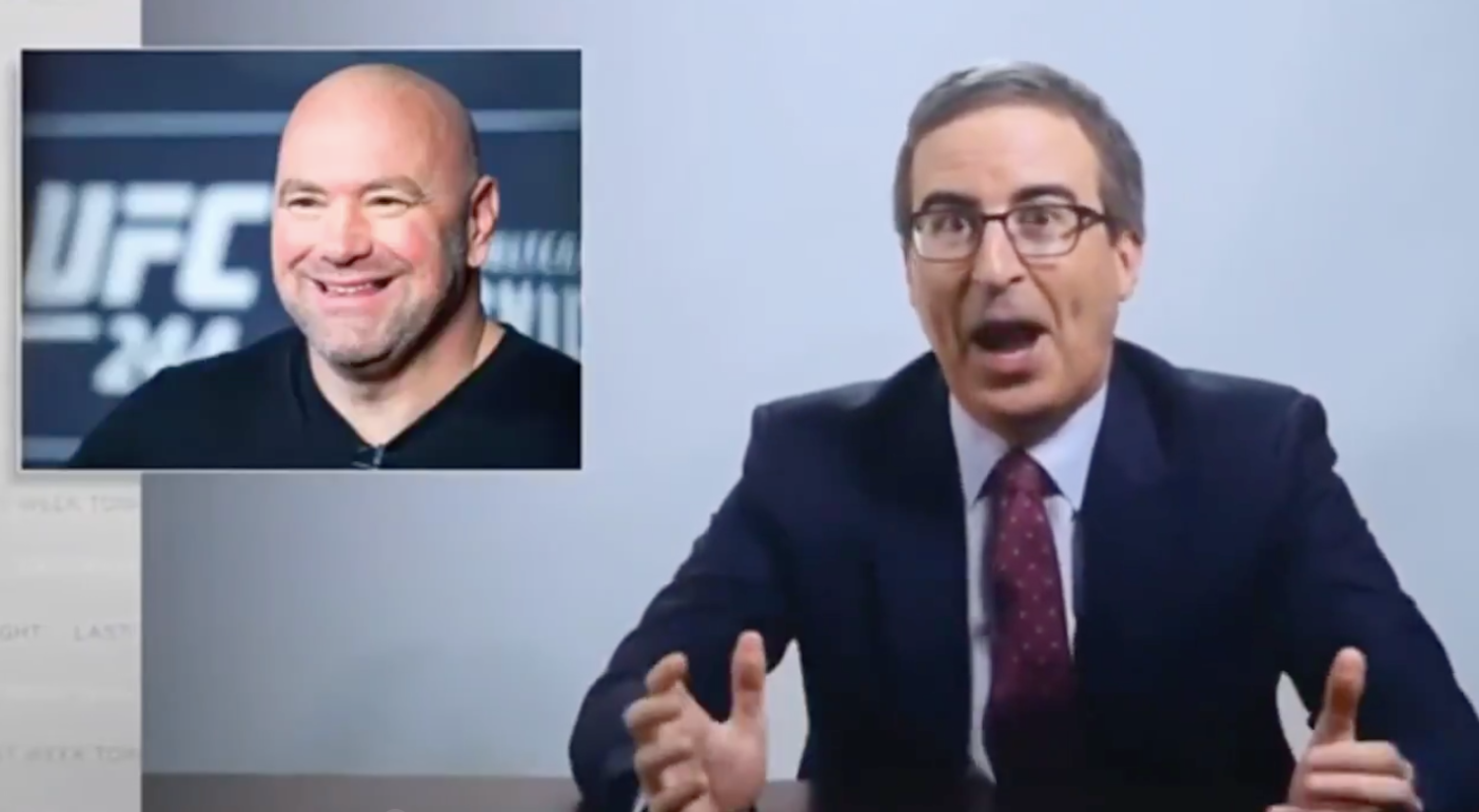 John Oliver is mercilessly trolling Dana White over his name, his baldness, and the way he runs the UFC.

HBO’s “Last Week Tonight” host appears to have declared verbal war on the UFC president, with Oliver critical of White restarting mixed martial arts events when the coronavirus pandemic was not far from its peak.

The UFC got back to business in the middle of May when it hosted three behind-closed-doors events in eight days at a 15,000 capacity arena in Jacksonville, Florida, before one show at a UFC-owned TV-studio in Las Vegas called Apex.

Though it has an event every Saturday through June, White appears keen to hold international shows on “Fight Island,” a mystery island he says he has leased to circumvent travel restrictions imposed by the worldwide health crisis, and which could involve superstar fighter Conor McGregor.

But the topic as a whole has been a source of ridicule for Oliver who said in May that White should have called it “UF-Sea” – a name White later trademarked and said Oliver wouldn’t get “a cut [of profits].”

When Oliver found out about the trademark, he used his show Sunday to respond.

“We mentioned that UFC president Dana White was planning to stage fights on a private island to skirt travel restrictions into the US,” Oliver said.

“Just two days after our show aired, the UFC filed trademark applications for the term ‘UF-Sea’ and Dana White even confirmed that it wasn’t a coincidence.”

Oliver then mocked White’s appearance by calling him: “Number 83 on GQ’s list of the 100 most powerful bald men in the world from 2013.”

Oliver criticised an apparent lack of creativity from White

The UFC’s pay-per-view shows are numbered, like UFC 249, which was a successful and TV-friendly event in Jacksonville last month headlined by Justin Gaethje’s surprise bludgeoning of Tony Ferguson.

Oliver said naming the UFC event “249” showed a lack of imagination and came up with these alternatives: 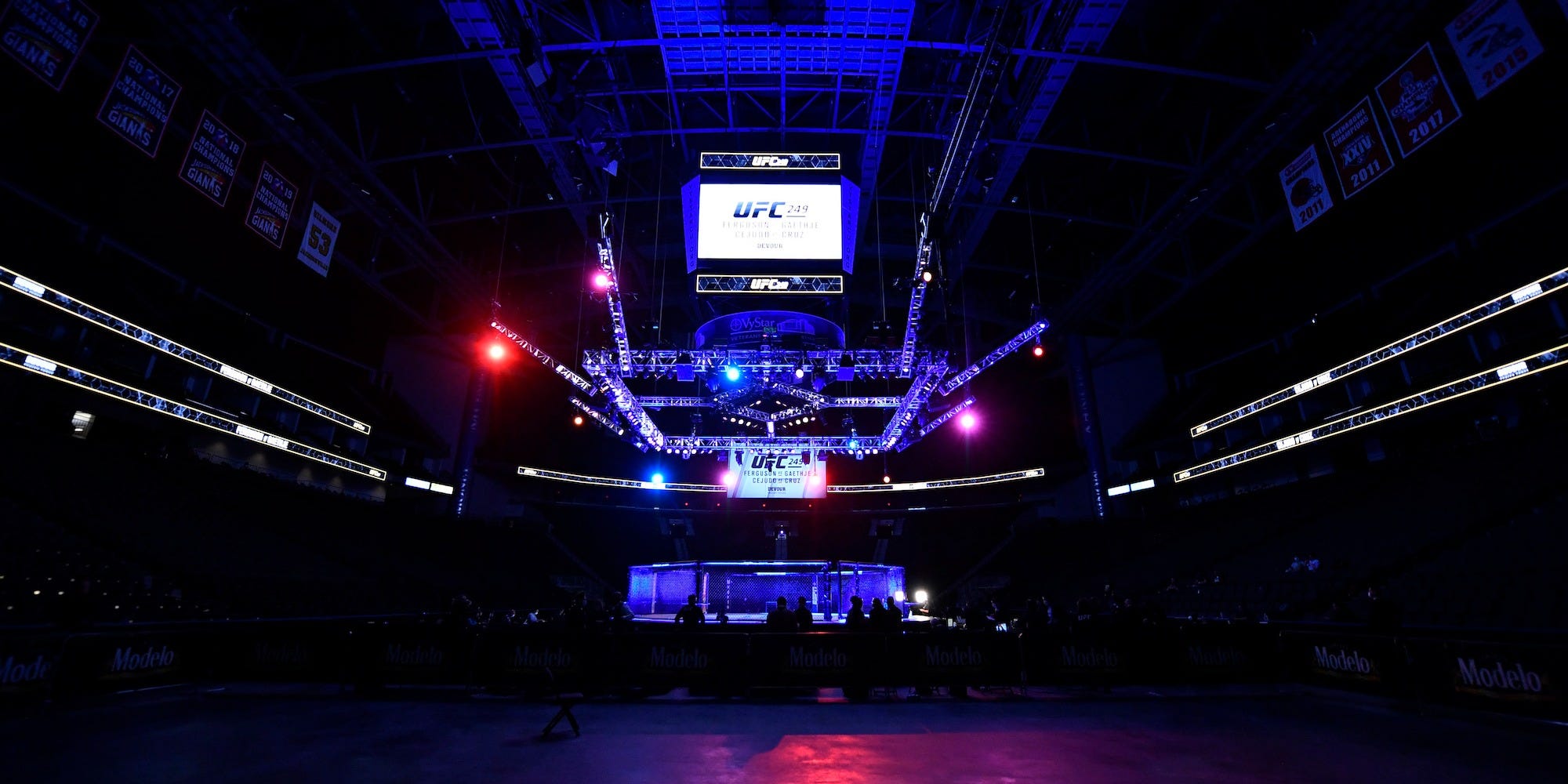 Photo by Jeff Bottari/Zuffa LLCUFC 249 was held at the Vystar Veterans Memorial Arena in Jacksonville.

Oliver then trashed White’s name, saying he sounded like “the third-best real estate agent in Sacramento” or “a video where a white woman calls the cops on a black family for smiling too hard.”

Oliver suggested the UFC boss change his name to one of the following:

Oliver went on: “What apparently upset [White] was that in our piece we pointed out that three people – a UFC fighter and his two cornermen all tested positive for the coronavirus before a recent event.

“[This underscores] the fact that it seems impossible to return to sports completely without risk right now.”

It remains to be seen whether White will return from his corner for another round against Oliver.

A UFC champion took to the streets during the George Floyd protests to fight crime, making vandals surrender cans of spray paint

One of boxing’s biggest characters says he won’t box without fans during the pandemic, will fight in Bellator MMA instead

Britain’s biggest fight promoter has launched an ambitious plan to bring elite boxing to his huge, multi-million dollar mansion – and Anthony Joshua wants to get involved

The world’s most brutal fight firm is bringing its unique brand of violence to the US, and it involves head-butt knockouts