Cindy McCain, philanthropist and wife of late Republican Sen. John McCain, said she was “proud of the voters in Arizona” for showing up in record numbers and urged the Trump administration to “accept the results and get on with the healing we need.”

“We turned out in record numbers, through vote by mail, same day drop off ballots and voting in person on Election Day,” McCain said in a statement Thursday. “We demonstrated in Arizona that, even in a pandemic, we will turn out in droves to participate in electing our leaders, obey the rules and take pride in the execution of our democracy.”

“This was a hard fought election but now that the votes are counted, it is time to do the work of uniting our state and our country,” McCain added. “Arizonans should not be trying to cast doubt on the legitimate outcome of this race. The race in this state is not close enough to meet the legal standard for a recount, so we should accept the results and get on with the healing we need.”

Trump has refused to concede and floated baseless theories about voter fraud. Trump also claimed he had already won the election, despite trailing Biden in projected Electoral College votes, with 232 to Biden’s 290, according to Insider and Decision Desk HQ. 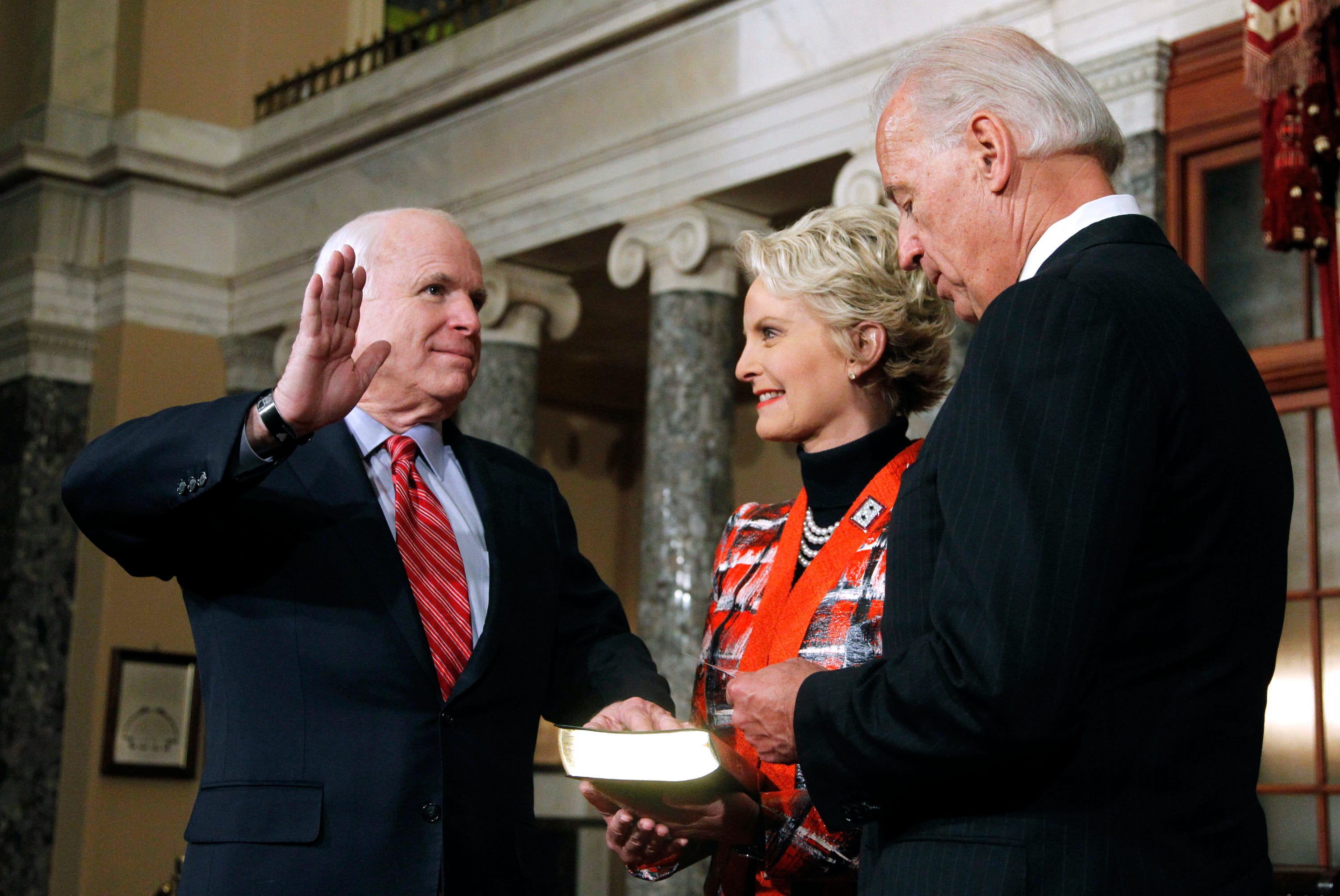 “Frivolous lawsuits and unfounded allegations that are intended only to cast doubt on the legitimacy of the election benefit no one and harm our state,” McCain said.

McCain, a member of Biden’s transition advisory board, endorsed Biden and Harris. She described Biden as “a man of honour” who would “heal the wounds caused by the outgoing administration.”

“Joe and I don’t always agree on the issues, and I know he and John certainly had some passionate arguments, but he is a good and honest man,” she said in a tweet. “He will lead us with dignity.”

McCain said her decision was influenced by Trump’s disparaging comments about her husband, a longtime Arizona senator who was known for working with his colleagues across the political spectrum. Trump often derided McCain’s public service, which included being captured and tortured for over five years during the Vietnam War, during his first candidacy, presidency, and even after McCain’s death.

In her parting thoughts, McCain referred to her husband’s failed run in the 2008 presidential election and noted that she knew “what it is like to lose an election.”

“I am sympathetic to those who wished the election had come out another way, but I remember John’s example in 2008 of accepting the decision of the voters and moving on to the next challenge,” she said in her statement.

Biden is projected to win the election and Arizona’s 11 electoral votes, a first for a Democrat in the state for over 20 years, according to Decision Desk HQ.