John Lewis wrote an essay to America in his final days: 'Now it is your turn to let freedom ring' 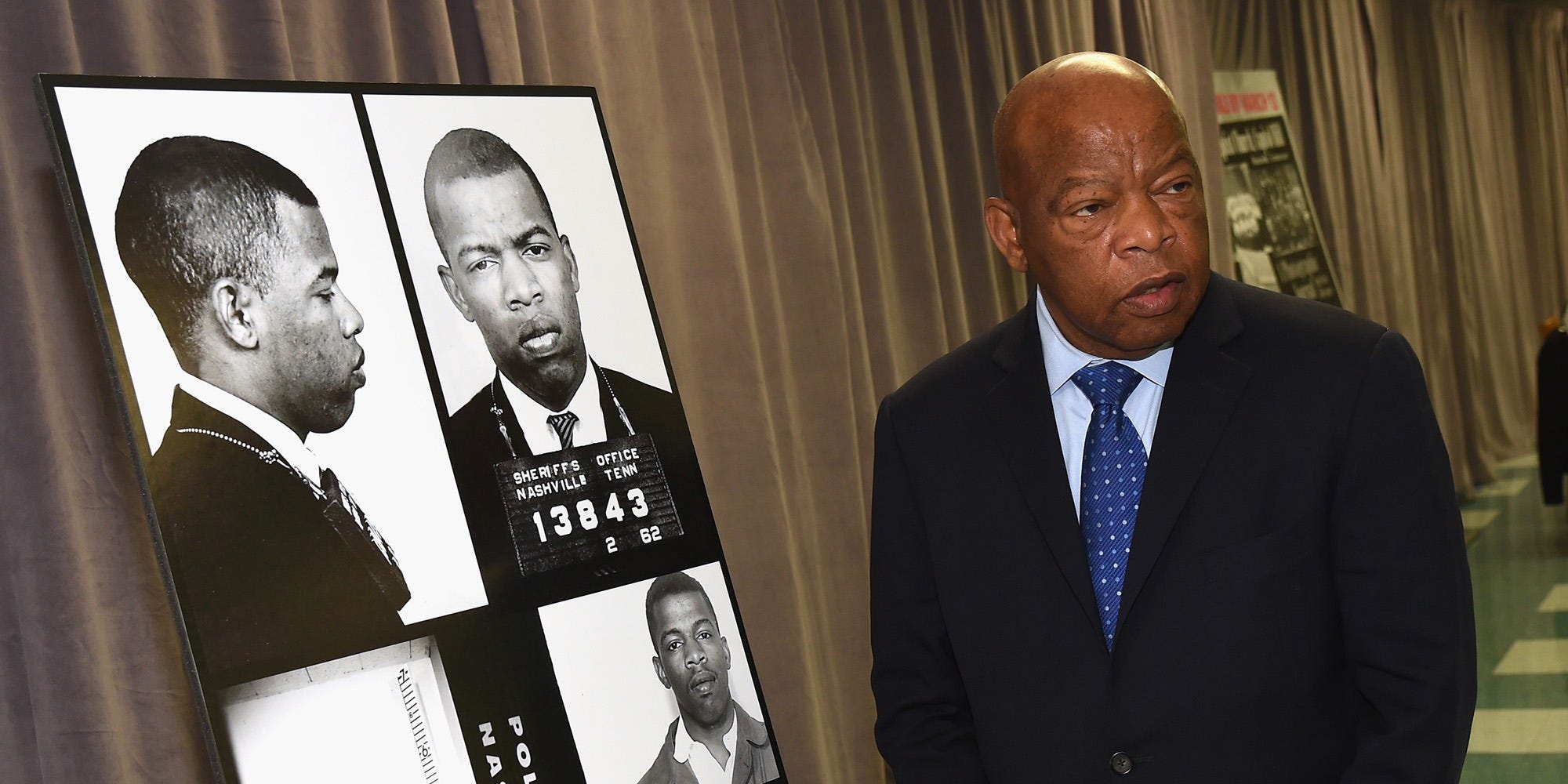 In the days leading up to his death, the late Rep. John Lewis wrote an essay to Americans urging them to continue fighting for a more equitable, peaceful world.

“Democracy is not a state. It is an act, and each generation must do its part to help build what we called the Beloved Community, a nation and world society at peace with itself,” the civil rights icon said in the essay, published in the New York Times on Thursday – the day of his funeral.

“Ordinary people with extraordinary vision can redeem the soul of America by getting in what I call good trouble, necessary trouble,” Lewis added, before going on to underscore the importance of participating in the democratic process by voting.

Lewis’ signature achievement was the passage of the Voting Rights Act of 1965. He had his skull fractured that same year while leading more than 600 peaceful demonstrators across the Edmund Pettus Bridge in Alabama on “Bloody Sunday.” They were marching for voting rights. Mark Wilson/Getty ImagesThe late Rep. John Lewis (D-GA) speaks to the media ahead of the House voting on the H.R. 4, The Voting Rights Advancement Act, on December 6, 2019 in Washington, DC.

In his final message to the country, Lewis expressed hope in the current generation and said he’d been inspired by the recent demonstrations against racism and police brutality.

“I want you to know that in the last days and hours of my life you inspired me. You filled me with hope about the next chapter of the great American story when you used your power to make a difference in our society,” Lewis said.

Lewis, the last surviving speaker of the 1963 March on Washington, one of the original Freedom Riders, and close friend of Dr. Martin Luther King Jr., concluded the essay encouraging Americans to “stand up” and fight for what they believe in.

“Though I may not be here with you, I urge you to answer the highest calling of your heart and stand up for what you truly believe. In my life I have done all I can to demonstrate that the way of peace, the way of love and nonviolence is the more excellent way. Now it is your turn to let freedom ring,” Lewis wrote, adding, “When historians pick up their pens to write the story of the 21st century, let them say that it was your generation who laid down the heavy burdens of hate at last and that peace finally triumphed over violence, aggression and war.”

Lewis died on July 17 at 80 after a monthslong battle with stage 4 pancreatic cancer.

His funeral, which is not open to the public, was set to take place at Ebenezer Baptist Church Horizon Sanctuary in Atlanta on Thursday.