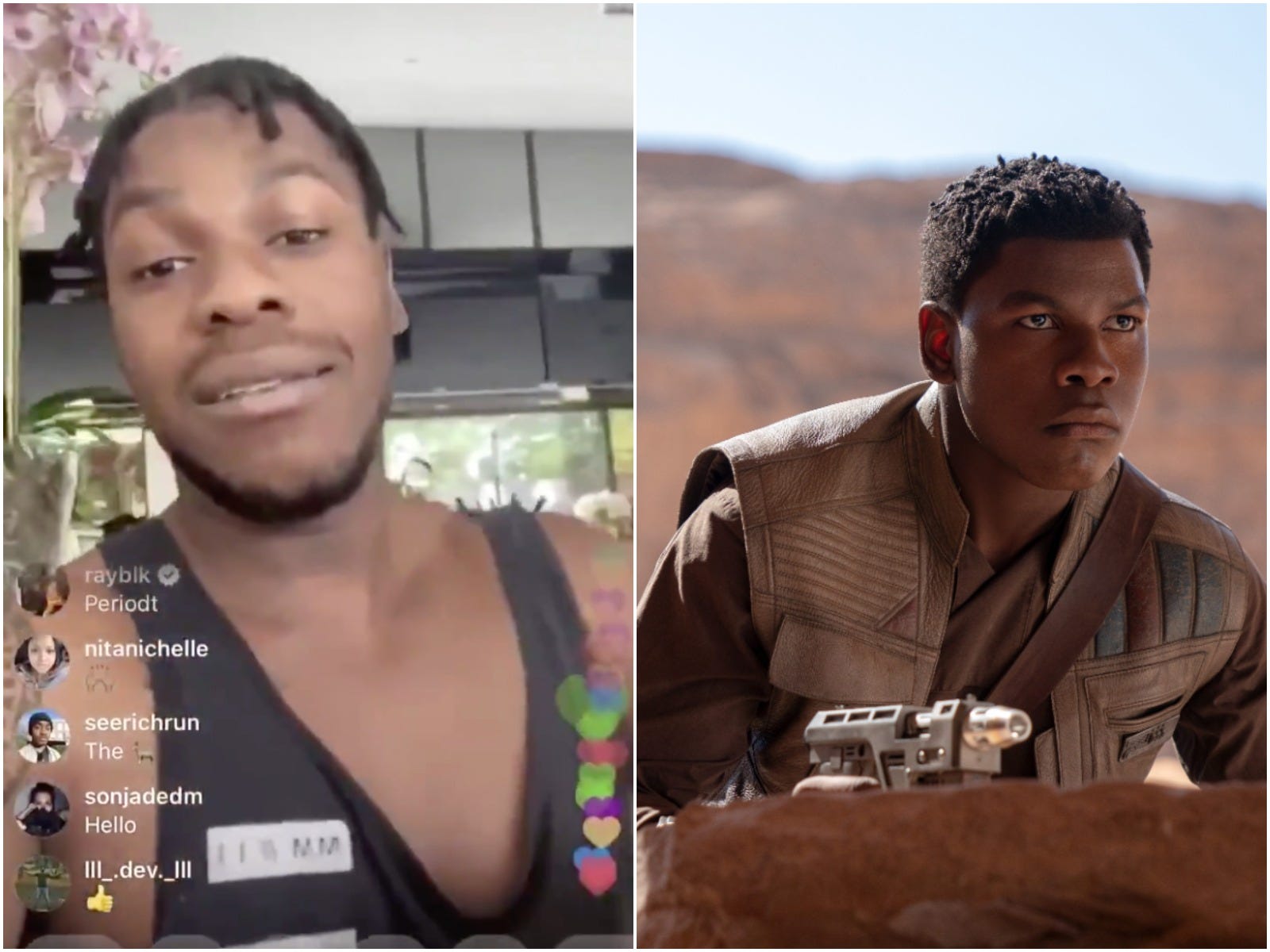 The “Star Wars” actor John Boyega has blasted fans who criticised him over his tweets about the George Floyd case.

On Wednesday, Boyega tweeted, “I really f—ing hate racists” after posting a tribute to Floyd, a black man who died Monday after a white Minneapolis police officer was filmed kneeling on his neck for several minutes.

This just burns. Seems to be a never ending cycle. The murderers need to be charged severely. Even in the face of death this man was given zero empathy. #RIPGeorgeFloyd #BlackLivesMatter #JusticeForGeorgeFloyd pic.twitter.com/gyuaoC6vUh

A few minutes later, he replied to a user named Dexy Dale who said he was from Nigeria and broke up with his girlfriend because “she said she hates whites.” Boyega wrote back: “I am talking about WHITE on BLACK racism. The kind that has ruined the world not caused a lil break up with your girlfriend.”

While a lot of Twitter users were supportive of Boyega’s sentiments, there were some who criticised his rhetoric, saying that racism could be aimed toward white people too.

The Twitter user @coolkitten29 wrote: “Racism isn’t targeted towards black people. I’m white and I’ve had my fair share of people being racist to me.”

Or white. Racism isn’t targeted towards black people. I’m white and I’ve had my fair share of people being racist to me.

Boyega, however, made it clear that he was talking only about white-on-black racism.

I am not talking about other perspectives given the current situation is that okay?

Another Twitter user, @IfeIfeolarinde, tweeted to Boyega: “Hate us a strong word, we can’t conquer hatred with hatred. We rather say we hate their attitude.” Again, Boyega stuck by what he said, replying: “I said what I said. Speak up for yourself at all times.”

I said what I said. Speak for yourself at all times x

Boyega remained firm in his stance and later gave a passionate speech about racism on Instagram Live.

Boyega began the video by saying: “It’s very, very important at this time that we ignore ignorance and we ignore people that come through and try to make these situations what they’re not.”

“I’m not even apologizing first of all,” he said. “You lot better f—ing believe that.

“But a black man was just murdered in cold blood, in the streets, Stateside, again, while saying that he can’t breathe.”

Boyega, who played Finn in the latest “Star Wars” trilogy, continued: “So I’ll say it again: F— you, racist white people. I said what I said. And if you don’t f—ing like it, go suck a d—. Seriously.”

Boyega then said he wasn’t the sort of person to be “rattled” by racist fans, and he warned viewers that any fans who were racist would get blocked immediately.

“If you’re a fan of me and you support my work and you’re racist and you’re arguing with what I was saying, f— off. You f—ing d—heads.”

Boyega has retweeted many tributes to Floyd, 46, whose death has sparked large protests in Minneapolis after video showed a white police officer, Derek Chauvin, pinning him down by the neck for over eight minutes during an arrest. Chauvin was fired along with three other police officers involved in the arrest, but protesters are seeking criminal charges.

You deserved your breath, your dignity, your life. Not to die in the street, murdered by a white cop’s knee on your neck. You deserve our tears, our prayers, our rage, our action. We must act – for you – and for all of those were no cameras are present. We must. #GeorgeFloyd pic.twitter.com/JeMNUtkXv6

State authorities and the FBI are investigating the case.

“I hate racists—with a passion.” I love seeing @JohnBoyega not only speak truth to power, but do so in such uncompromising language. Way to use your platform, brother. https://t.co/ug5bhfbYlm