Meet John Boyega, the 'Star Wars' actor who has been at the forefront of London's Black Lives Matter protests 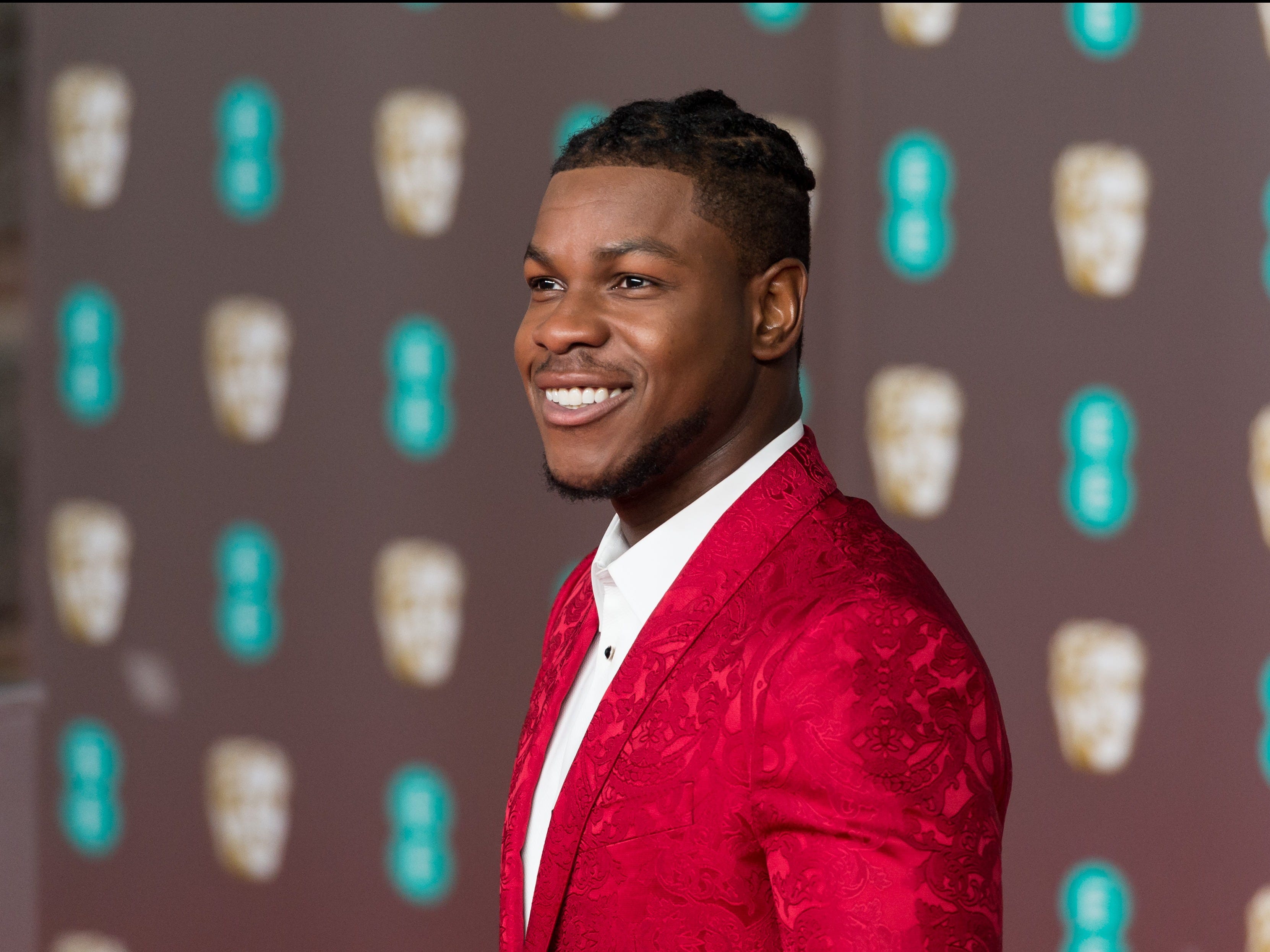 John Boyega is arguably best known for being cast as the first black stormtrooper in the 2015 “Star Wars” franchise reboot. Up next, he’s set to star in Steve McQueen’s new mini-series, “Small Axe.”

But acting isn’t all Boyega is known for – he’s also very outspoken about diversity in Hollywood. In early June, Boyega made headlines for participating in a London protest against police brutality that was sparked by the death of George Floyd.

Boyega did not immediately respond to Business Insider’s request for comment on this story.

Keep reading to learn more about the actor who has become one of Hollywood’s leading voices against racism and discrimination.

John Boyega, 27, was born in south London to Nigerian immigrants. His father is a preacher and his mother works with the disabled, according to The New York Times. 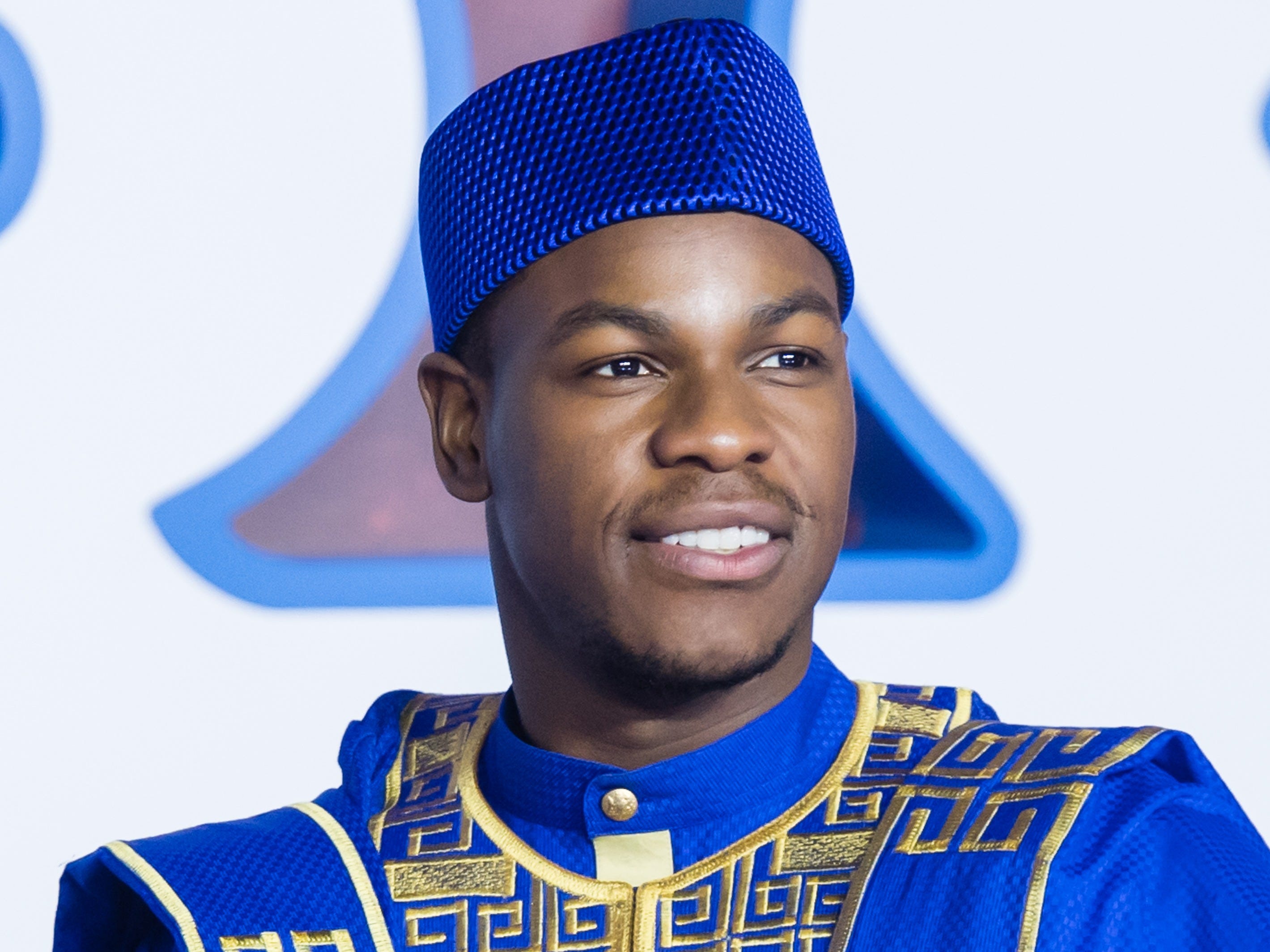 Boyega told the Guardian that he was “a nuisance in class” when he was young, but shone in the local theatre. He trained with multiple theatre groups while in secondary school. 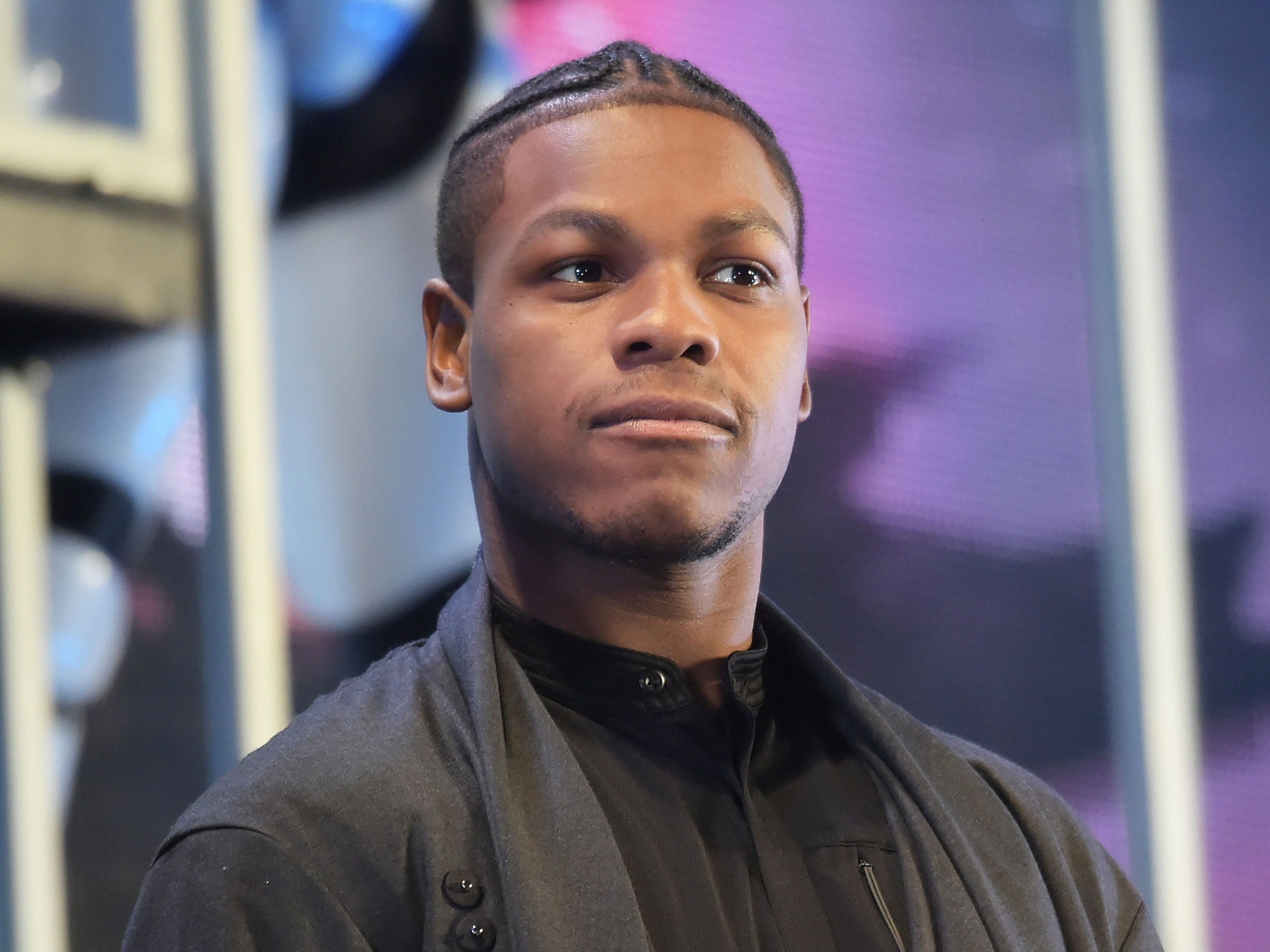 One of his first roles was playing a leopard in a play while attending Oliver Goldsmith Primary School. At the school, he was discovered by Teresa Early, who was, at the time, the artistic director of the Theatre Peckham.

In 2003, Boyega began attending Westminster City School, where he took part in various productions. He also trained at the Identity School of Acting and attended South Thames College to study for a national diploma in Performing Arts, where he played the lead in Othello.

His first big break came in 2011 when he was selected from a crowd of 1,500 London kids to star in the comedy-horror movie, “Attack the Block.” 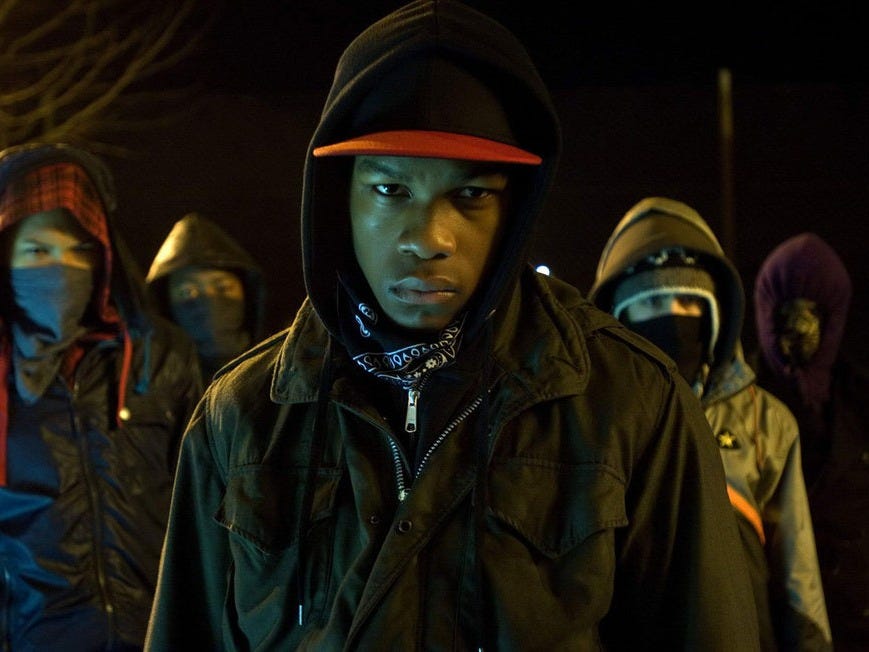 Screen GemsJohn Boyega as Moses in ‘Attack the Block.’

That same year, he was set to star in an HBO TV show loosely based on the life of Mike Tyson. The pilot was not picked up. 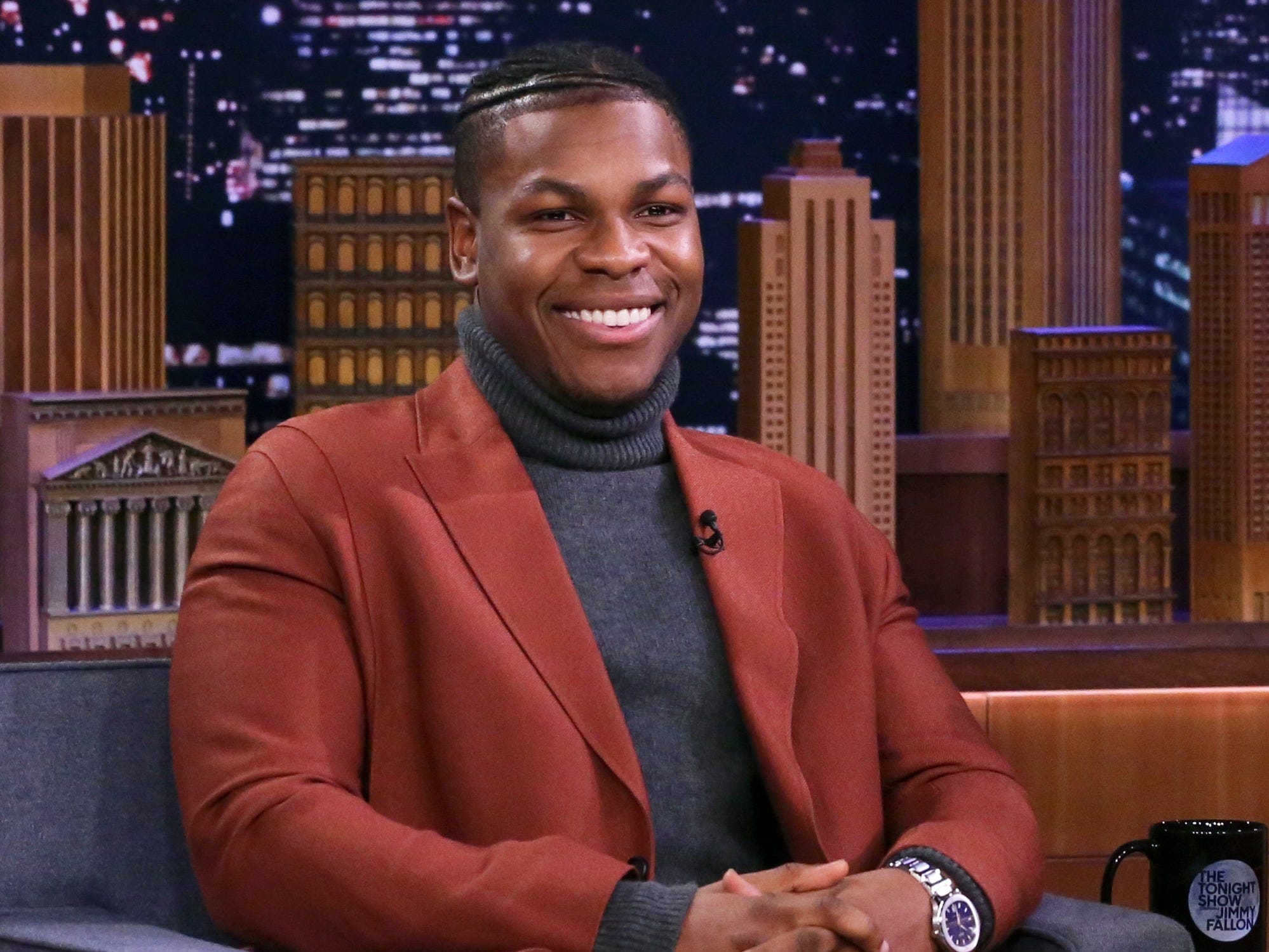 He briefly attended the University of Greenwich for film studies and media writing. He left one year later to pursue acting. In 2012, he met JJ Abrams. 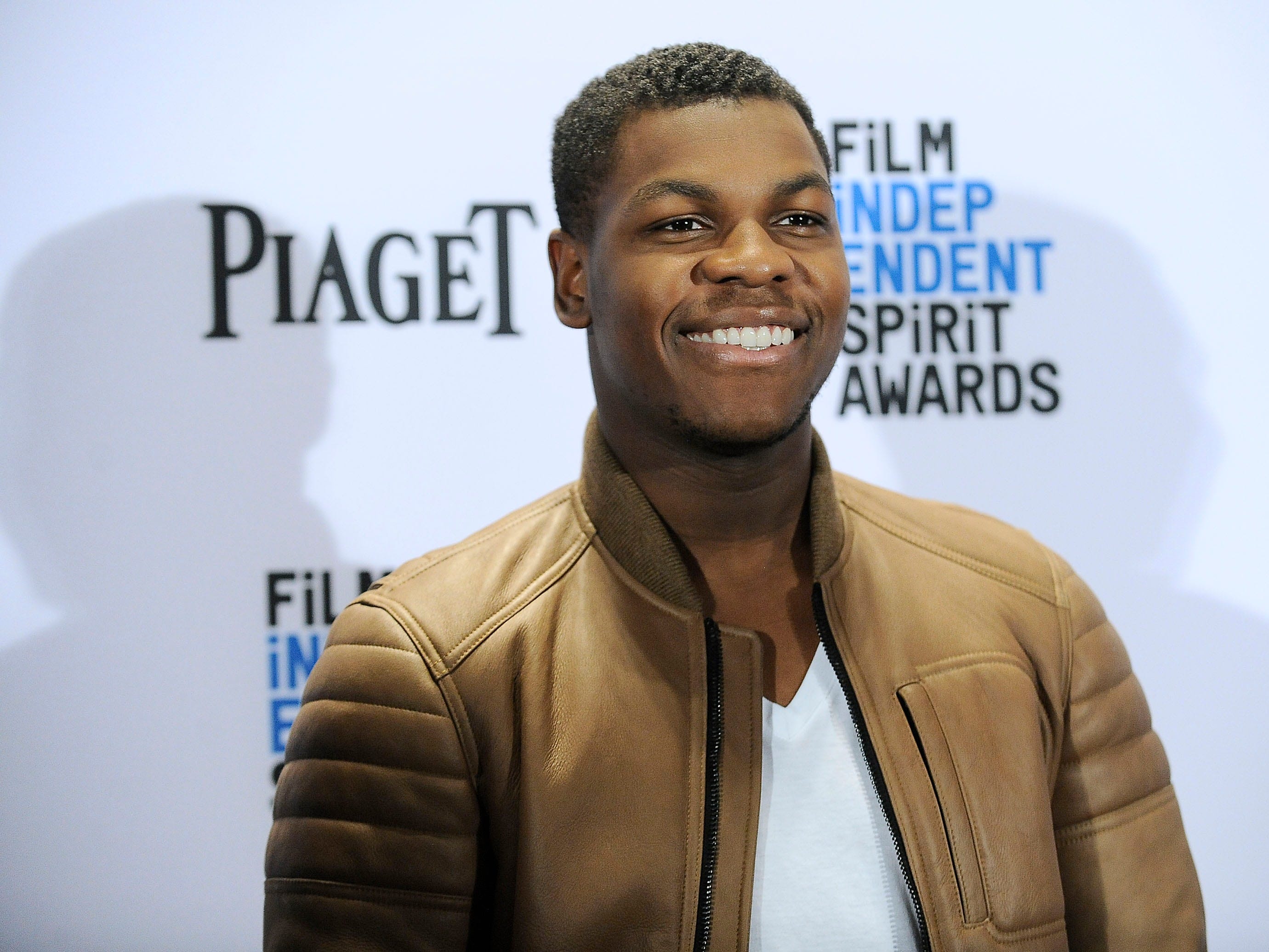 JJ Abrams is the director and cowriter of the 2015 film “The Force Awakens,” Disney’s relaunch of the famous “Star Wars” franchise.

Source: The Guardian, University of Greenwich

After meeting Abrams, Boyega was cast as Finn in the “Star Wars” franchise, which made him the first black stormtrooper. At the time of his casting, he was 22 years old. 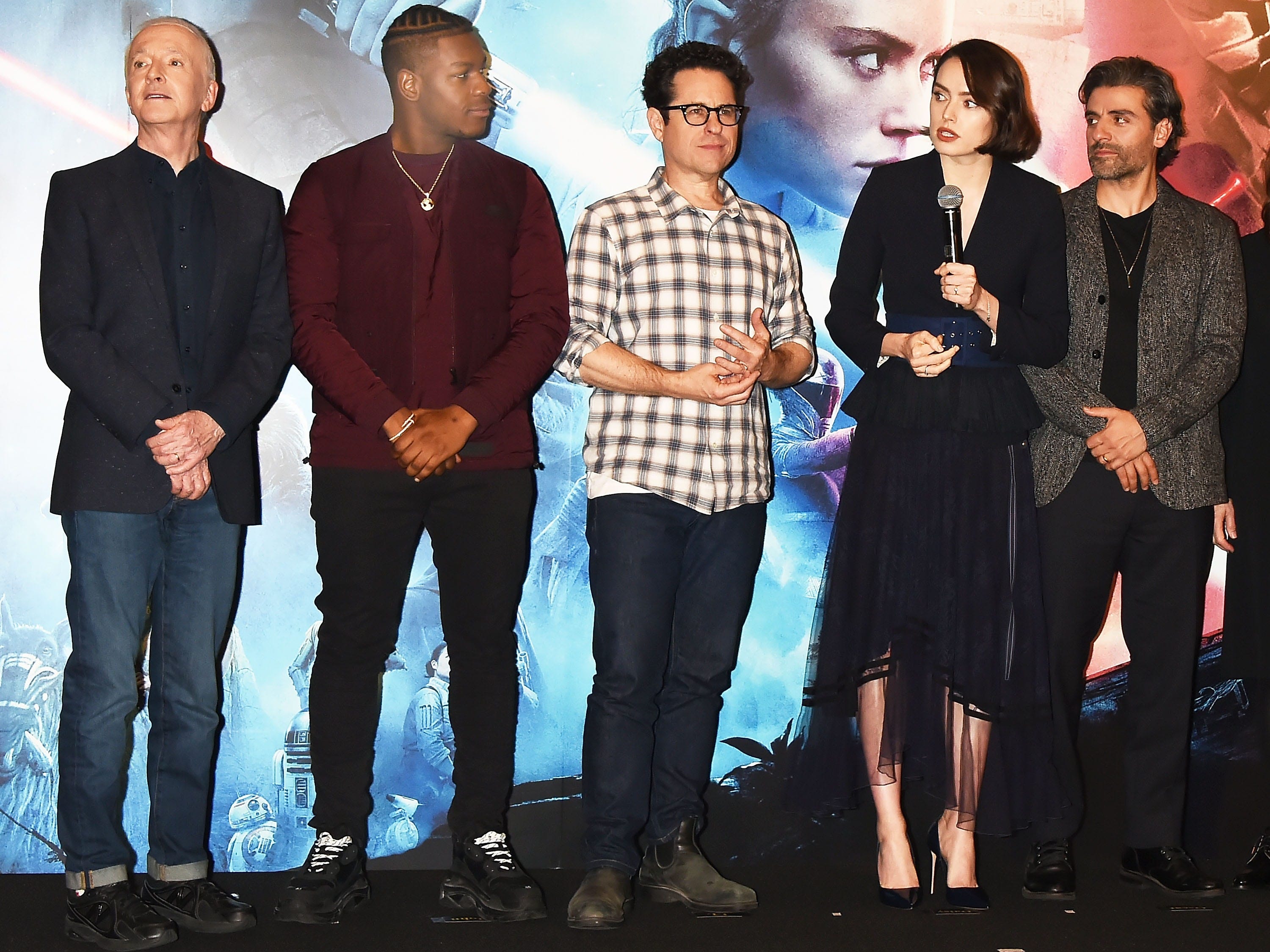 The first film in the relaunched franchise was 2015’s “The Force Awakens,” which made $US2 billion at the box office.

He went on to reprise his role in both 2017’s “The Last Jedi” and 2019’s “The Rise of Skywalker.” Early last year, a script for the latter film was discovered on e-Bay, after Boyega accidentally left it in a hotel room.

A Lucasfilm employee bought the script to prevent the plot of the new film from being leaked.

After his casting in the “Star Wars” movies, Boyega dealt with hate messages and criticism from franchise fans. In a 2019 interview with Hypebeast, Boyega acknowledged that sometimes, the discourse among Star Wars fans was “complicated.”

“On Twitter, for example, I have a fan who hates the films, right? And he’ll be rude directly to me and I’ll be rude back and then they start crying like babies,” Boyega told the outlet.

“Then they’re like, ‘Why are you attacking me?’ And it’s like I thought we were on the same page. I thought we’re just going at it, we’re Star Wars fans, we’re supposed to be heated about this,” he continued. “You’ve got to take what you can give. I don’t care what profession you’re in. That’s a mantra for life.”

Boyega also starred in the 2017 film “Detroit” and has been cast in the upcoming series, “Small Axe.” 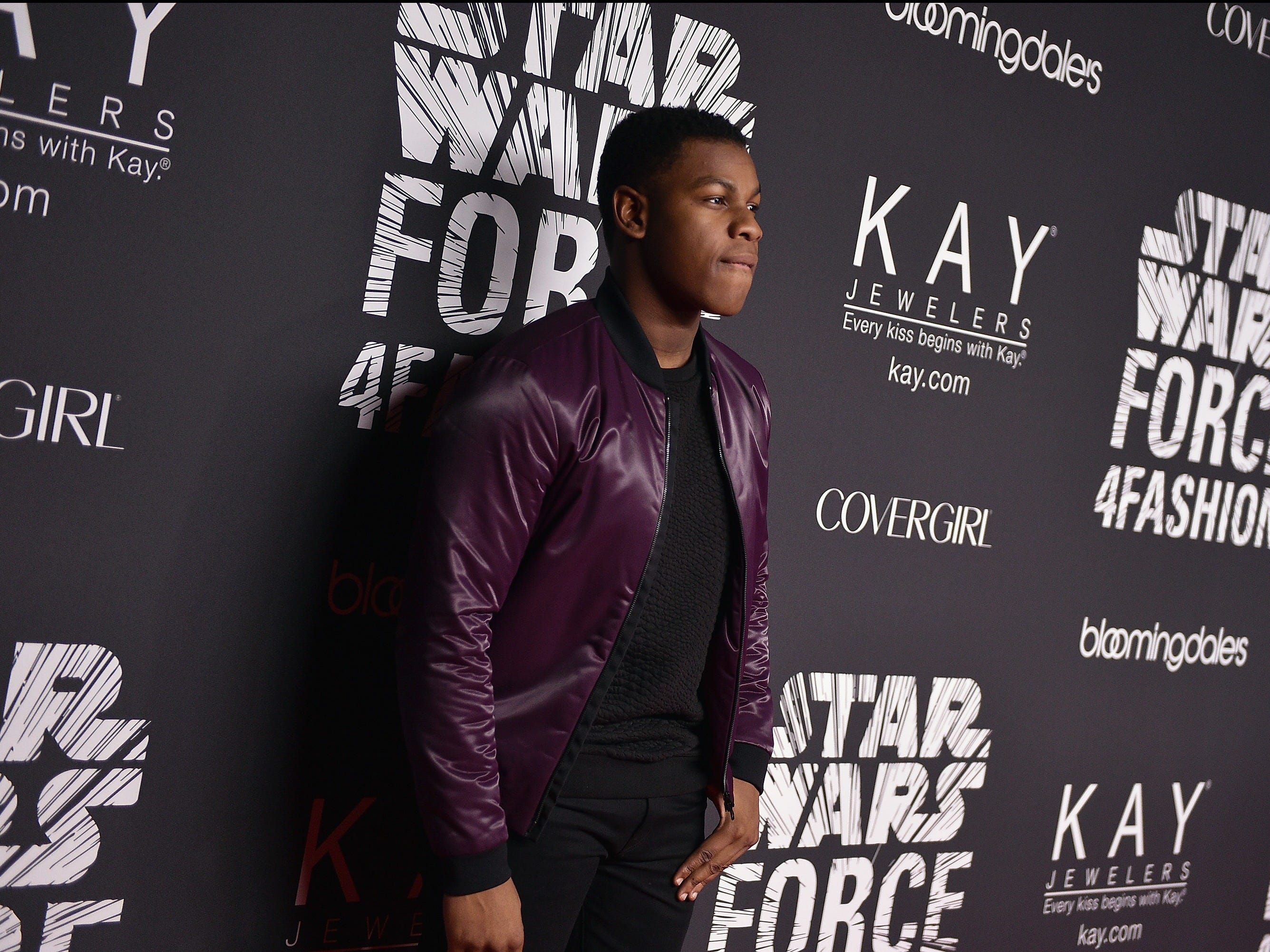 Boyega starred in Kathryn Bigelow’s 2017 film “Detroit” about the 1976 Detroit Riots, which saw numerous confrontations between the Detroit police and black residents in the area.

In 2018, Boyega was set to participate in a project called “Hold Back the Stars” with actress Letitia Wright, but the duo dropped out of the project, with Boyega telling ABC Audio, “We just wanted to make the vibe more black. You got to choose the right music, the right vibe, the right tone.” 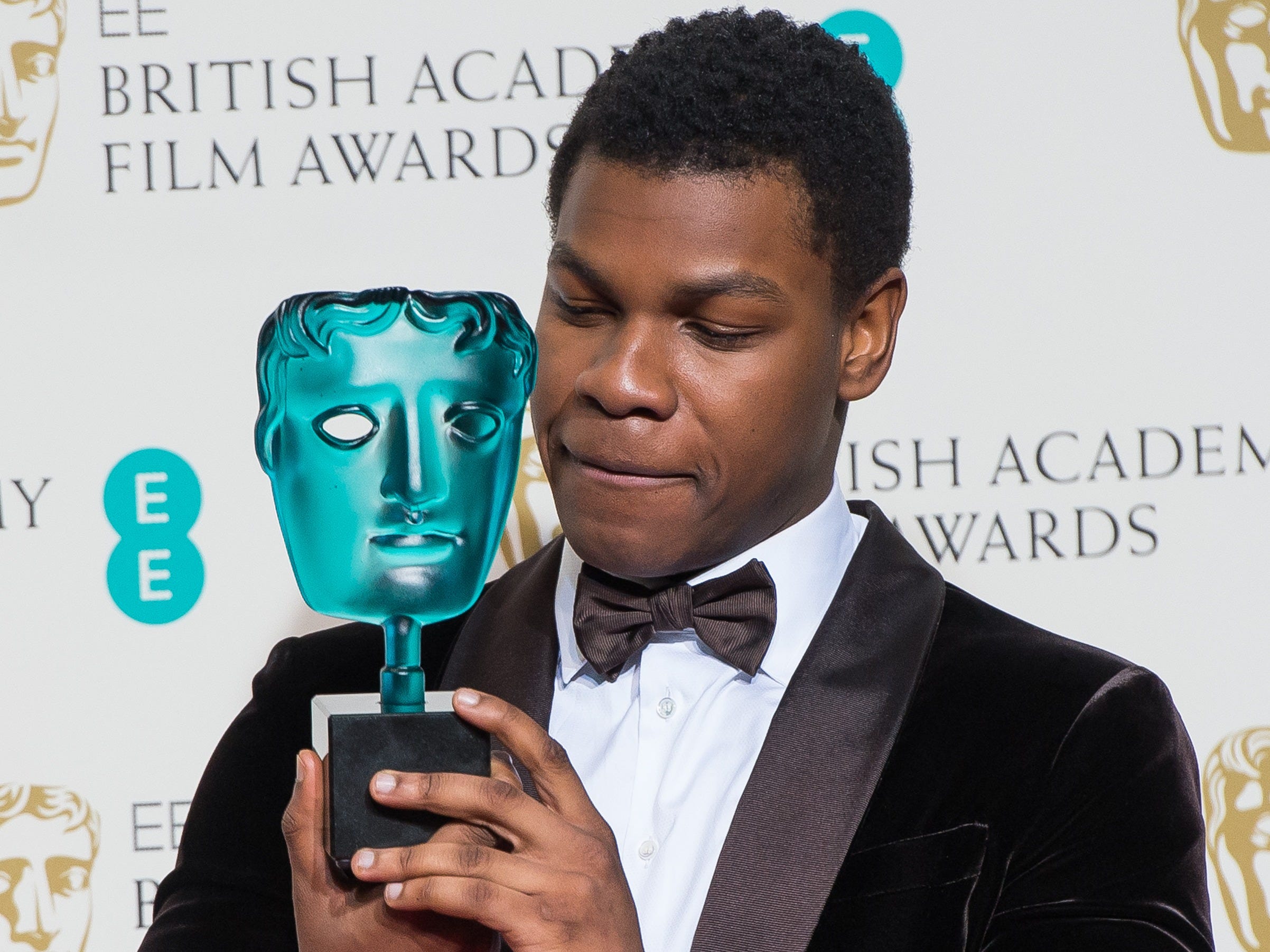 In 2016, he cofounded a production company called UpperRoom Entertainment Limited. 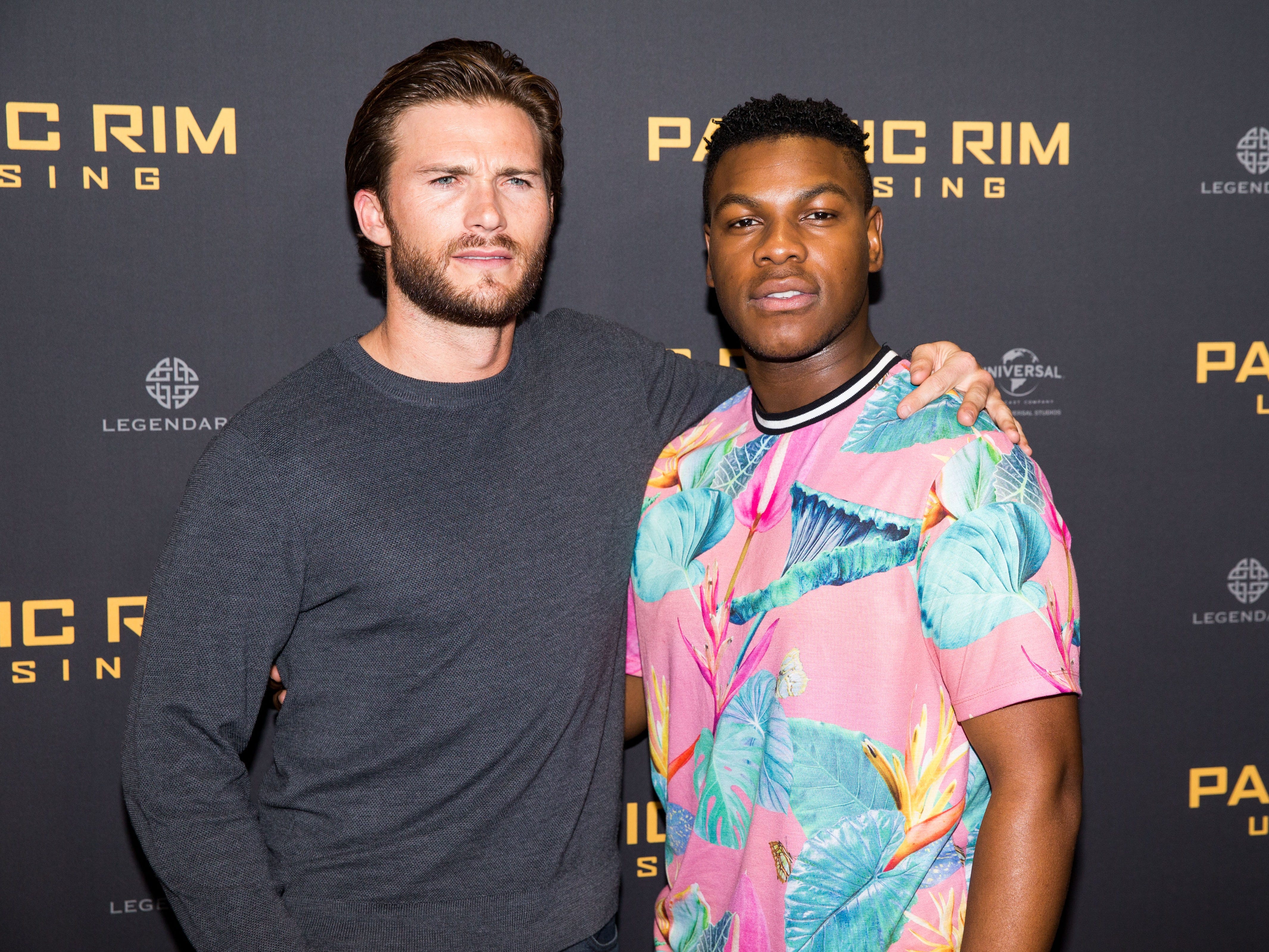 The company produced the 2018 film “Pacific Rim: Uprising,” which Boyega starred in. 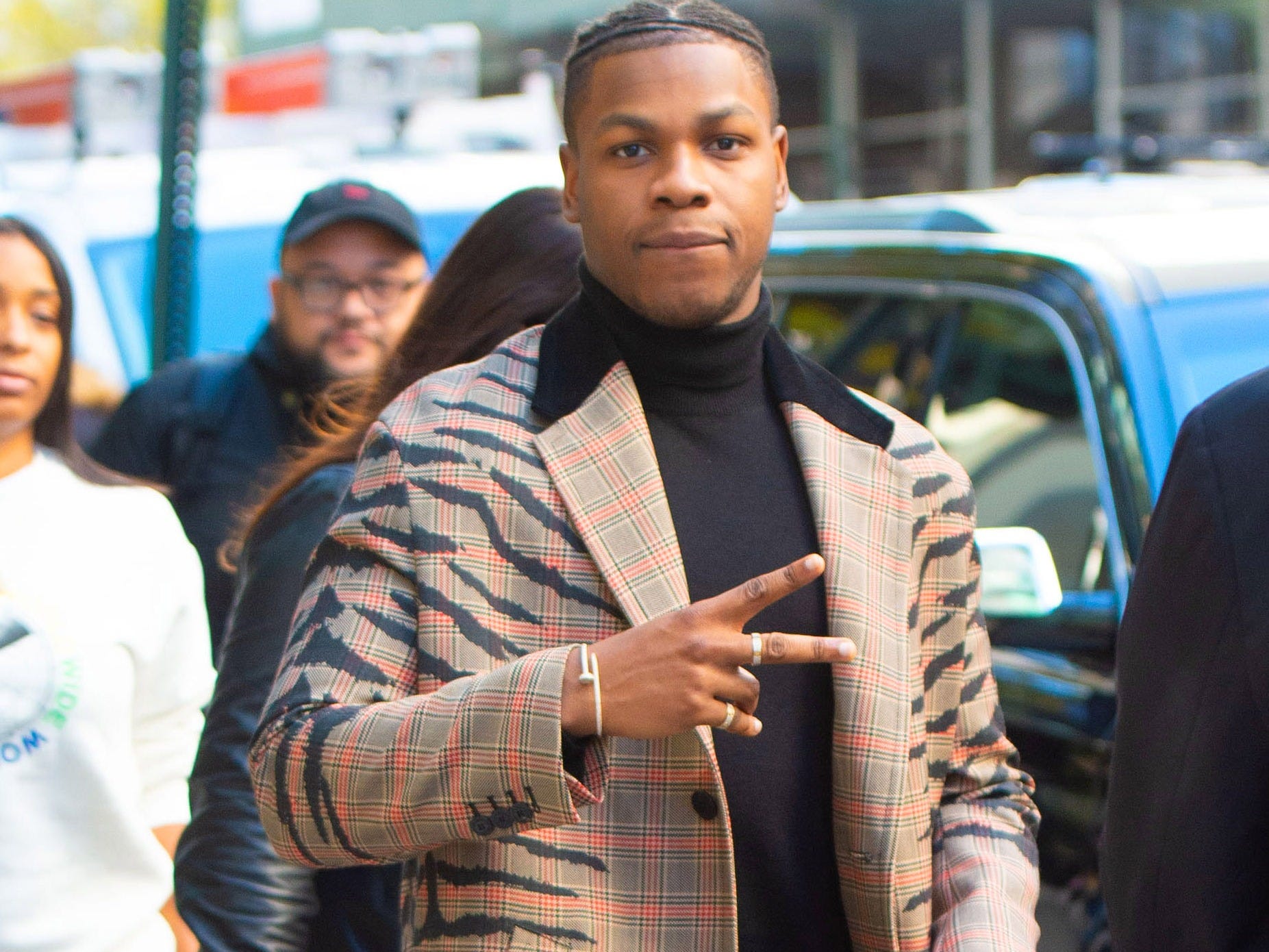 “I am thrilled to partner with Netflix to develop a slate of non-English language feature films focused on African stories, and my team and I are excited to develop original material,” Boyega said. “We are proud to grow this arm of our business with a company that shares our vision.”

His work is paying off: He is estimated to have a net worth of at least $US21 million. 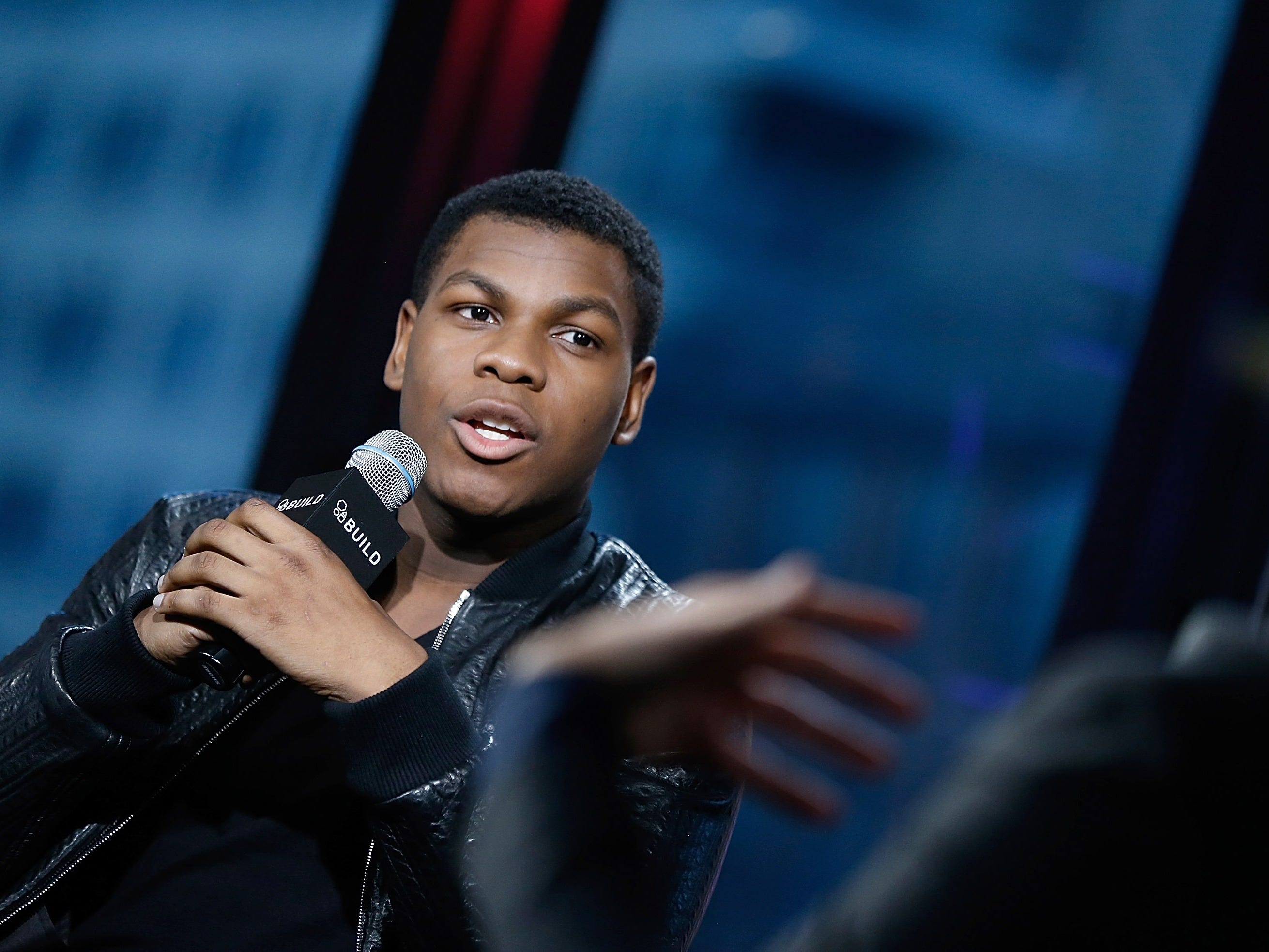 This year, the actor made the The Sunday Times‘ annual Young Rich List, with an estimated £17 million fortune ($US21.5 million).

He’s used some of that money to surprise his parents with lavish gifts. Boyega bought his parents a new Jaguar, and in January 2020, he shared an Instagram video from 2017 in which he revealed that he had bought them a house.

Boyega is known for being outspoken. In a 2019 interview with Hypebeast, he admitted that “The Last Jedi” was “a bit iffy” for him. 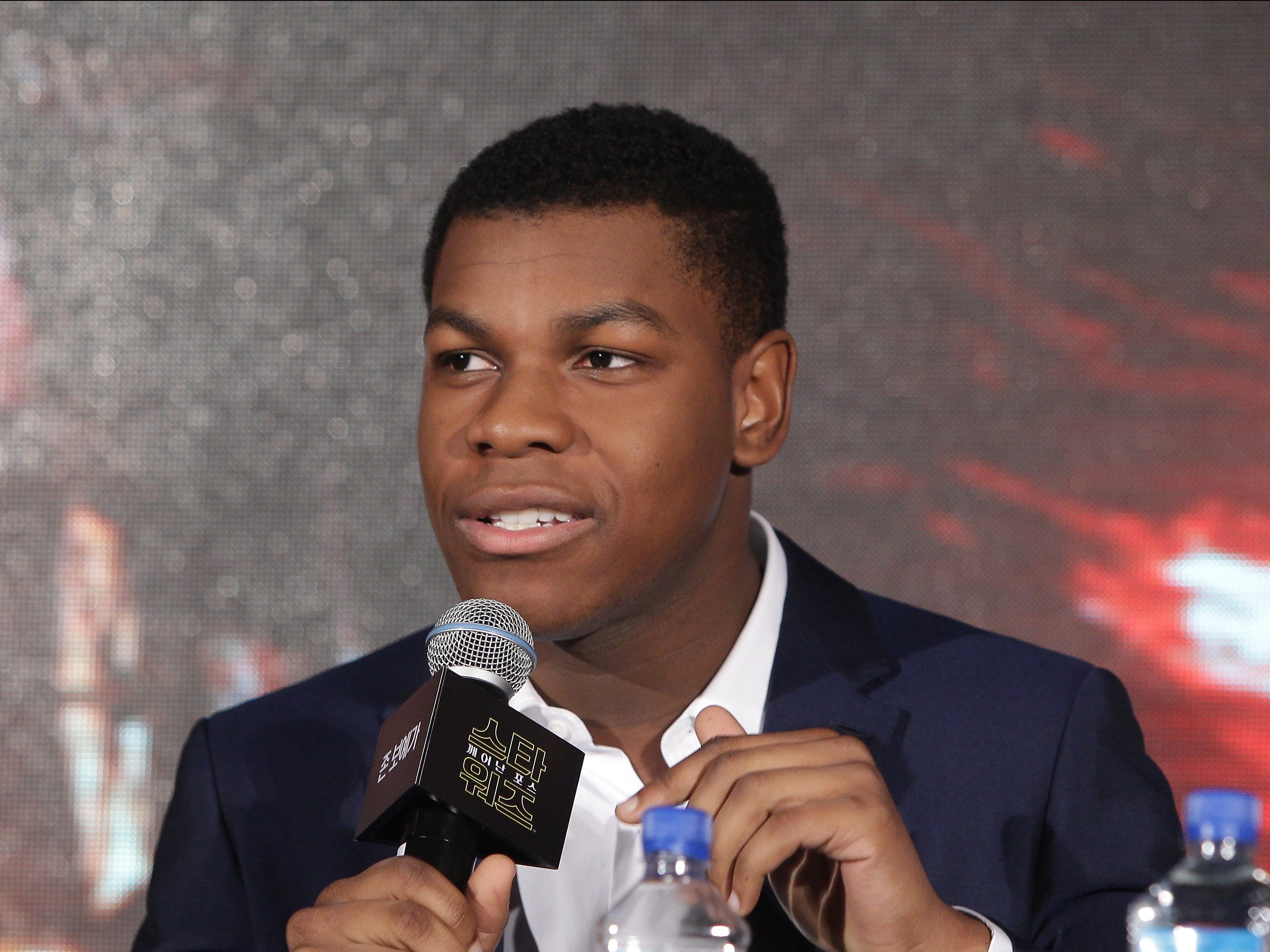 Boyega said in a 2019 interview with Hypebeast that he “didn’t necessarily agree with a lot of the choices in that [film].”

Specifically, he expressed disappointment that the characters in the film were not able to bond as closely as characters in the original films were able to, telling the publication: “I guess in the original Star Wars films there was much more of a trio feel where it was essentially about Luke’s journey, but, Han and Leia, there was a strong dynamic.”

“The Last Jedi” went on to receive positive reviews from critics, but the final film in the Star Wars received lukewarm reviews, scoring just 52% on Rotten Tomatoes.

When asked in 2019 by Variety if Boyega was interested in reprising his role if the Star Wars franchise was re-launched again, he said, “You ain’t going to Disney Plus me!”

He has also used his platform to criticise Hollywood’s lack of diversity. 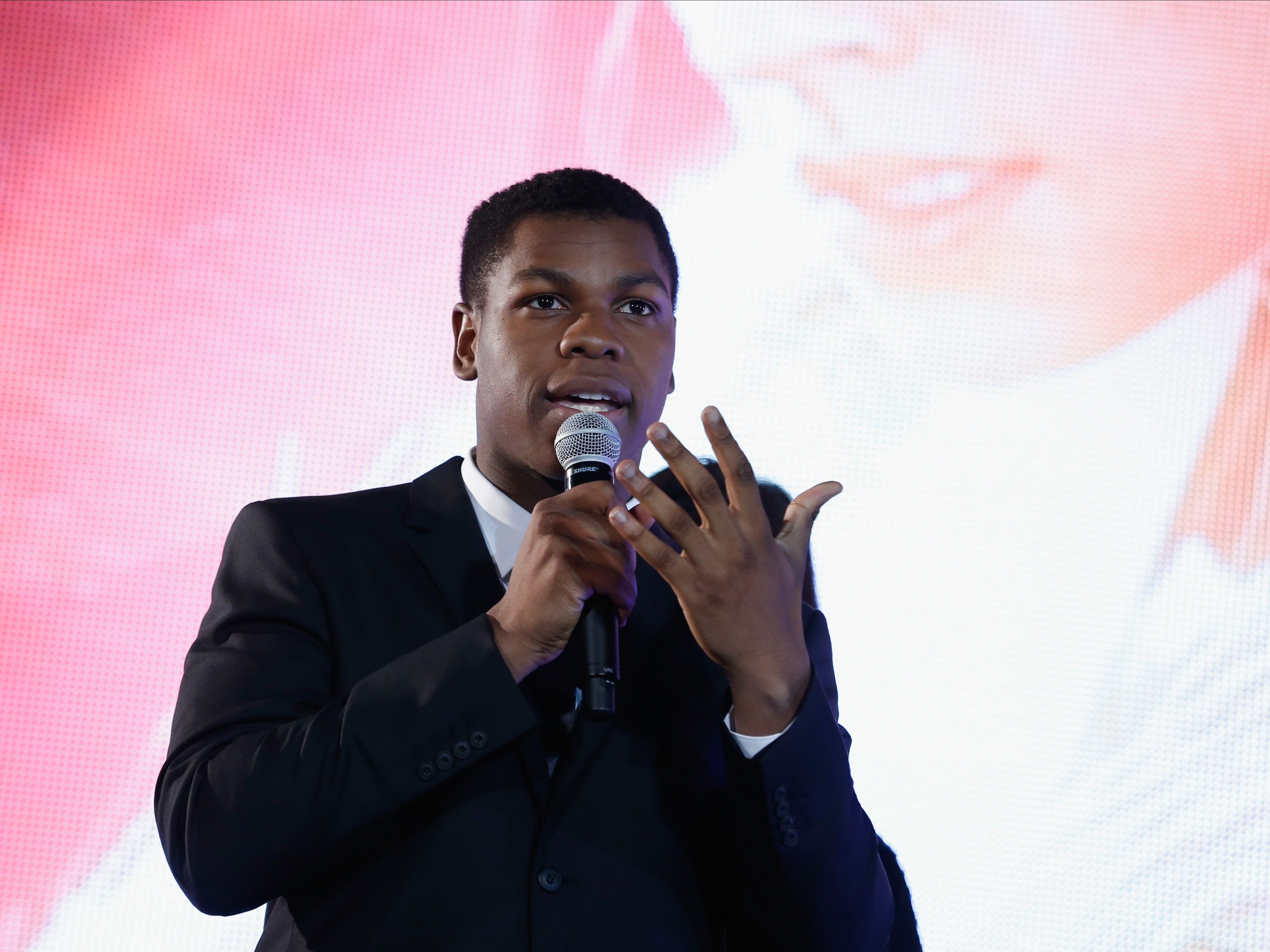 In 2017, Boyega gave an interview with GQ Magazine where he said: “There are no black people on Game of Thrones … You don’t see one black person in Lord of the Rings.”

“I ain’t paying money to always see one type of person on-screen,” he continued.

Now, he’s on the frontlines of the Black Lives Matter movement and protests in London. 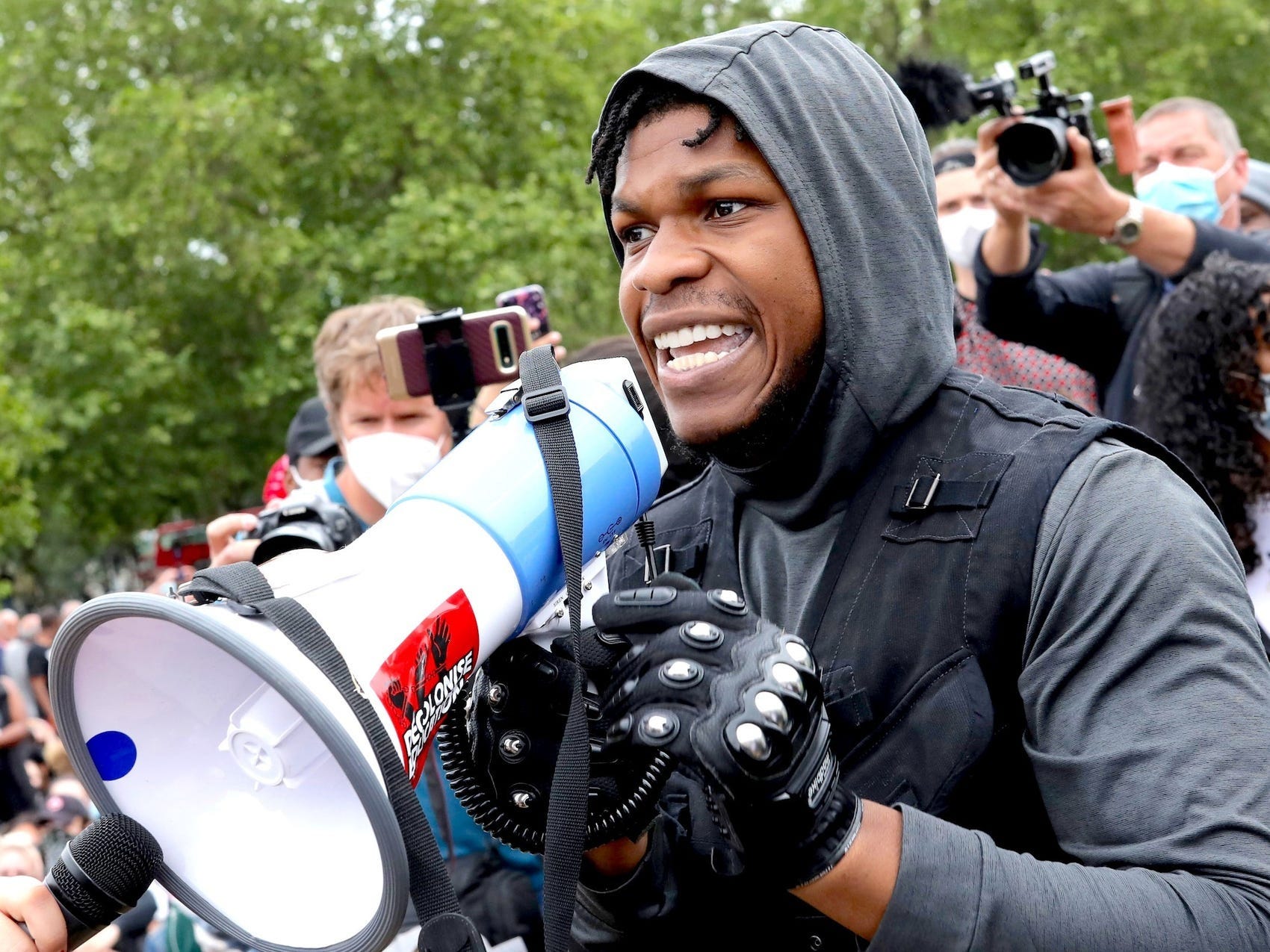 In late May, Boyega tweeted his outrage about the death of George Floyd. The move received some criticism from his fans. He then went on Instagram live to address those fans, saying: “F— you, racist white people. I said what I said. And if you don’t f—ing like it, go suck a d—.”

In early June, he led one of London’s Black Lives Matter protests.

The protest was one of many that have been sparked across the world after George Floyd’s death in Minneapolis, Minnesota. Floyd’s death has created a re-examination of systematic racism in the United States and throughout the world.

He has received support from key players in Hollywood, including Jordan Peele, who said, “We got you, John,” after it was insinuated that Boyega might not have a career after speaking out.

Numerous directors and filmmakers have since also tweeted their wish to work with Boyega, including Olivia Wilde, Lin-Manuel Miranda, and Cathy Yan.