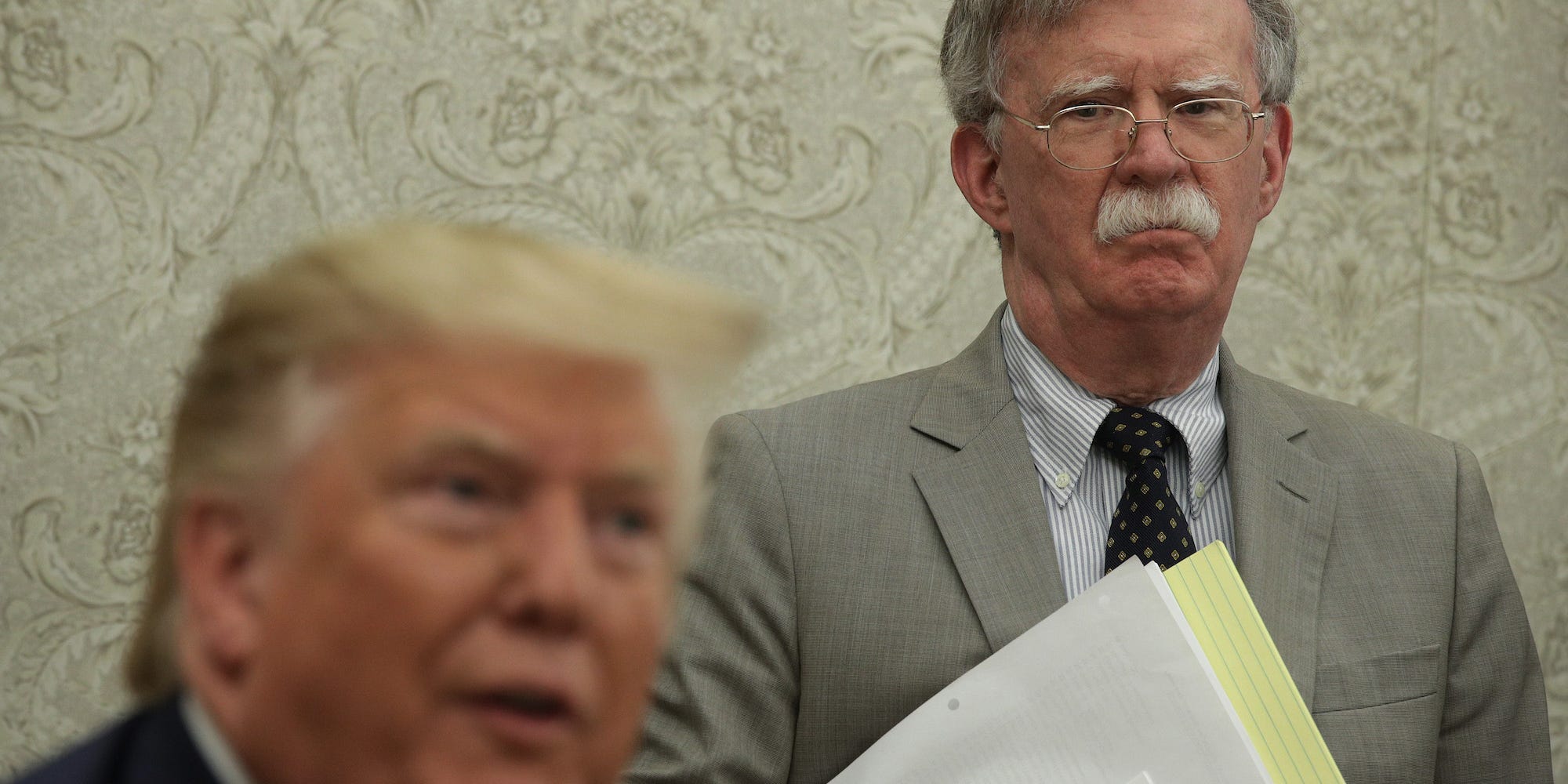 Alex Wong/Getty ImagesU.S. President Donald Trump speaks to members of the media as National Security Adviser John Bolton listens during a meeting with President of Romania Klaus Iohannis in the Oval Office of the White House August 20, 2019 in Washington, DC.

Business Insider called the race for Joe Biden on Friday, November 6, but Trump so far has refused to concede. He has also railed against Biden’s victory, making baseless assertions that the former vice president won because of voter fraud.

Early Sunday morning, Trump appeared to concede, saying Biden “won” for the first time. But he quickly walked back those comments.

Bolton said Trump is misrepresenting the election results by making claims of voter fraud and asked members of the Republican party to step up and go against the president’s remarks.

“I think it’s very important for leaders of the Republican party to explain to our voters â€” who are not as stupid as the Democrats think â€” that in fact Trump has lost the election and that his claims of election fraud are baseless,” Bolton said Sunday on ABC News’ “This Week.”

NEW: Former National Security Adviser John Bolton urges GOP leadership to "explain to our voters… that in fact Trump has lost the election and that these claims of election fraud are baseless." https://t.co/n7MOSxWdol pic.twitter.com/S4eELHLBPX

“The fact is that we’ve seen litigation in all the key battleground states and it has failed consistently,” Bolton said. “Right now, the Trump campaign is doing the legal equivalent of pitching pennies. Where are their silver dollars? Where is the evidence? I think as every day goes back, it’s clearer and clearer there isn’t any evidence.”

There is substantial evidence that voter fraud has not occurred in this election.

Last week, a group of international election observers reported no instances of voter fraud. The Organisation of American States said in a preliminary statement a team of 28 experts who observed the election across the country did not witness voter fraud happening, despite Trump’s claims.

Lawyers helming the litigation efforts for Trump’s campaign against multiple states told the New York Times they were worried the lawsuits intended to challenge the election results are not based on evidence.

The Times also reported election officials in dozens of states said when contacted by the outlet that there is no evidence that fraud influenced the presidential election.

Bolton warned on Sunday that Trump’s rhetoric is influential and can easily be taken as true by Republican voters in the United States.

“If the Republican voters are only hearing Donald Trump’s misrepresentations, it’s not surprising that they believe it,” he said. “It’s critical for other Republican leaders to stand up and explain what actually happened: that Donald Trump lost by any evidence we have so far [and it] was a fair and free election.”

The Trump campaign did not immediately respond to Business Insider’s request for comment.