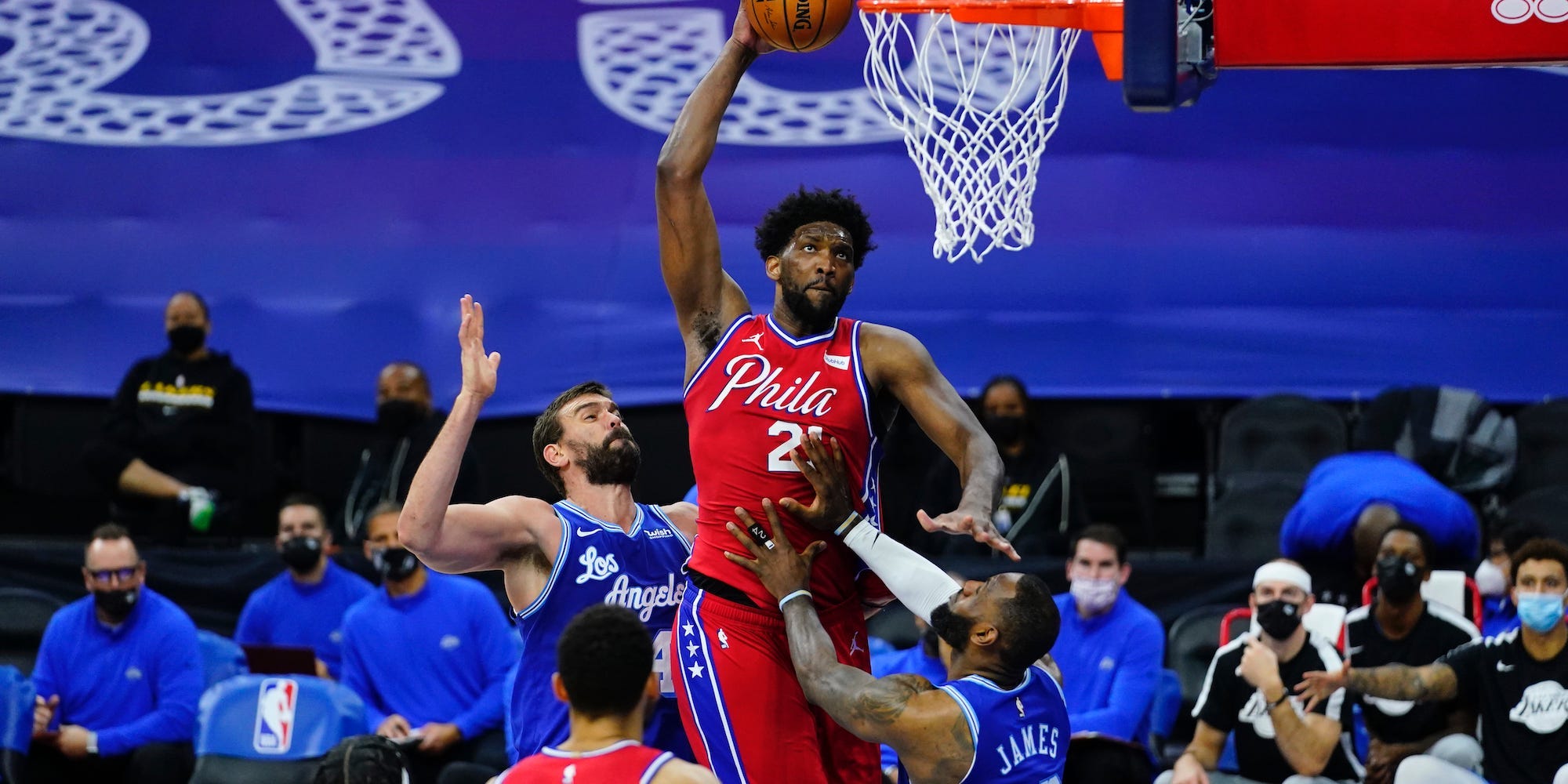 Matt Slocum/AP ImagesLeBron James was given a flagrant foul for putting two hands on Joel Embiid as he went up for a dunk.

LeBron James was given a Flagrant 1 foul on Wednesday night for pushing Joel Embiid with two hands while the Philadelphia 76ers big man went up for a dunk.

Embiid said after the game that he believed James should have received a Flagrant 2, which results in an ejection for the move.

“That’s a very dangerous play,” Embiid told reporters. “I guarantee you that if it was me, I would have probably been ejected from the game. It should have been a Flagrant 2.”

The incident occurred in the third quarter. Embiid received a pass in the low post, spun around Lakers centre Marc Gasol, and rose for the dunk. James slid over to defend the rim and extended two arms out, hitting Embiid in the gut. Embiid fell hard on his back and stayed down for a moment before getting up gingerly. Luckily, he was ok.

The referees reviewed the play and gave James a Flagrant 1, which is two free throws, plus the ball.

Joel Embiid was visibly in pain and went down hard on his back after being fouled.

LeBron was called for a flagrant 1 and Embiid stayed in the game. pic.twitter.com/LSOVsgVy5f

After the play, Embiid thought Gasol had pushed him, only for Gasol to redirect Embiid to his teammate, James.

Embiid thought it was Gasol, is not happy.

Embiid was also upset with being given a Flagrant 1 a few plays later when his elbow hit Anthony Davis.

Embiid was sluggish after the fall. In the six minutes he played after, he finished just 1-of-5 from the field.

“First of all, LeBron’s not a dirty player,” 76ers head coach Doc Rivers said after the game. “It was just a physical play, and they had to call the flagrant, I guess … You can get a flagrant easy these days. But that fall was hard, and there was some concern there, for sure. The fact that Joel kept going, clearly he wasn’t the same after that, as far as his movement.”

The foul won’t come without punishment for James â€” flagrant fouls result in $US2,000 fines for players.