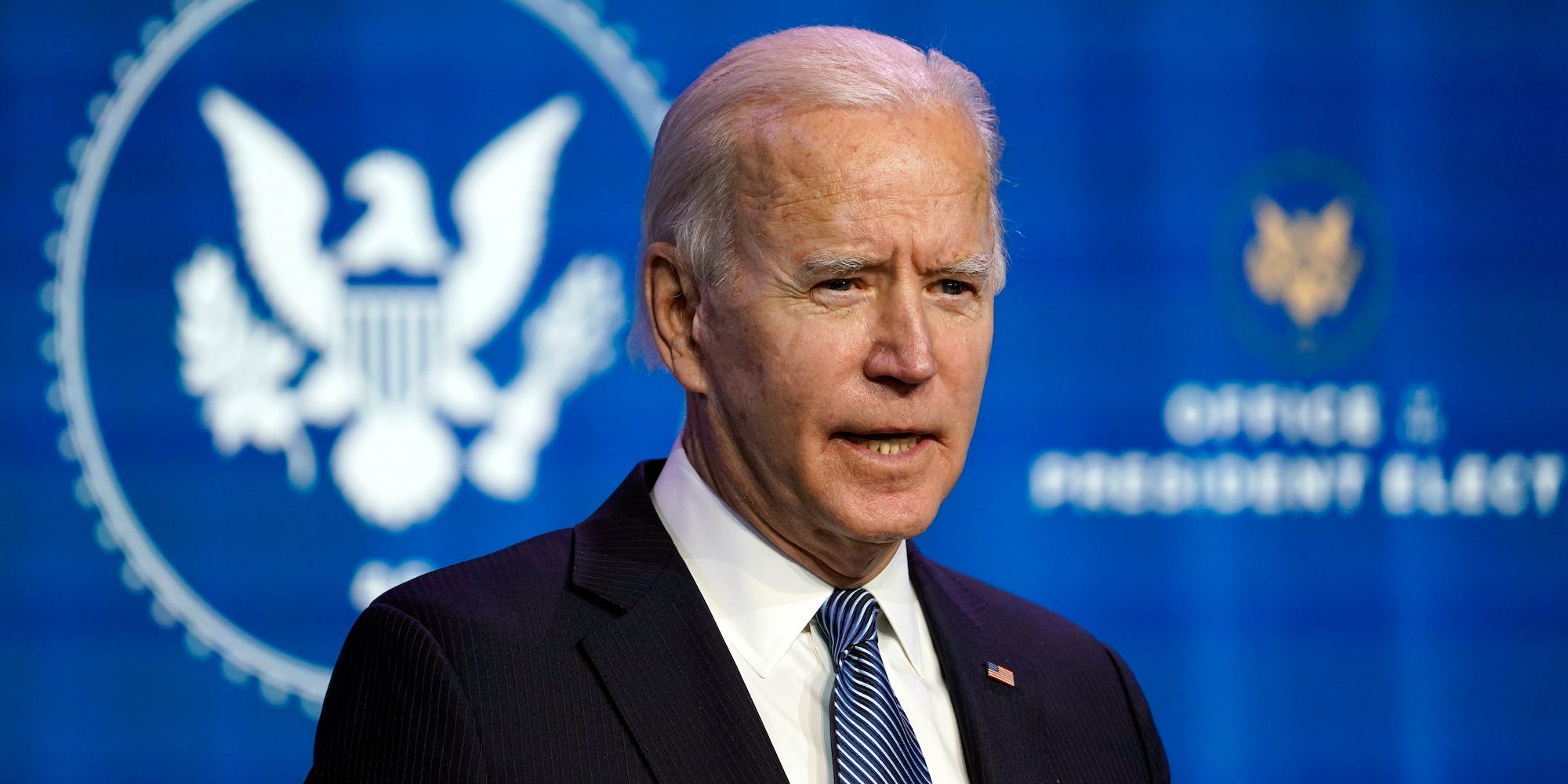 President-elect Joe Biden introduced his plan for a $US1.9 trillion economic rescue package on Thursday evening, seeking to immediately combat the economic and health crises stemming from the pandemic from the outset of his administration.

“The very health of our nation is at stake,” Biden said in a major speech in Delaware. He added the giant scale of assistance he wants “does not come cheaply, but failure to do so will cost us dearly.”

The emergency spending package would provide another infusion of federal aid for families, businesses, and local governments confronting a surge of cases and a weakening economy. Thousands of Americans are still dying from the virus each day nearly a year into the pandemic and infections continue sweeping the nation.

Federal unemployment programs for gig workers, freelancers, and people who exhausted their state benefits would also be extended to September. Adult dependents and mixed-status families would also qualify for the fresh round of stimulus payments.

The president-elect also set aside a federal pot of money to launch a universal vaccination program, which he said was a pivotal step to restore the health of the US economy.

“We will move Heaven and Earth to get more people vaccinated,” Biden said.

Biden faces a delicate balancing act in the initial days of his presidency. A pair of victories last week in the Georgia runoffs gave Democrats control of the Senate â€” and they are poised to control the full levers of power in Washington for the first time in a decade.

Read more: Joe Biden is hiring about 4,000 political staffers to work in his administration. Here’s how 3 experts say you can boost your chances of getting one of those jobs.

That opens the door for Democrats to enact an array of legislation on the economy, healthcare, and climate change without GOP votes using the reconciliation process. But a second impeachment trial for President Donald Trump threatens to slow down Cabinet confirmations and other parts of Biden’s priorities.

“You can walk and chew gum at the same time. We’re going to have two tracks,” Sen. Ron Wyden of Oregon, the incoming chair of the Senate Finance Committee, told Insider in an interview on Thursday. “I’m not going to let anything get in the way of our advancing an agenda when the economy is so fragile and people are hurting.”

The president-elect has said he is hopeful that Democrats can balance both in the coming weeks. It is unclear how it would work in practice.

Wyden also said he wants to restore the $US600 federal unemployment benefit in the final Biden plan. He added it still needed to undergo congressional negotiations, signalling the manoeuvring underway among Democrats pressing to include their priorities in Biden’s early efforts.

There are fresh signs the economic recovery is in danger of backsliding. New data from the Department of Labour on Thursday showed 1.4 million people filed for unemployment insurance last week, a notable jump after the holiday season. Nearly 18 million Americans are still receiving unemployment benefits.

Last week, another federal report indicated the economy shed 140,000 jobs in December. It’s the first time jobs were lost since April and it prompted alarm from many economists who urged the government to approve more relief spending.

The plan drew praise from congressional Democrats, who struggled to secure a large economic aid plan last year in turbulent negotiations with the Trump administration and Senate Republicans. Many Republican lawmakers are reluctant to back more spending after Congress approved almost $US4 trillion in aid over the past year.

Democratic leaders said they were ready to kickstart their efforts after Biden is sworn in on January 20.

“We will get right to work to turn President-elect Biden’s vision into legislation that will pass both chambers and be signed into law,” House Speaker Nancy Pelosi and incoming Senate majority leader Chuck Schumer said in a statement.

The rescue package also drew support from the US Chamber of Commerce, a powerful business group. “We must defeat COVID before we can restore our economy and that requires turbocharging our vaccination efforts,” the organisation said in a statement.