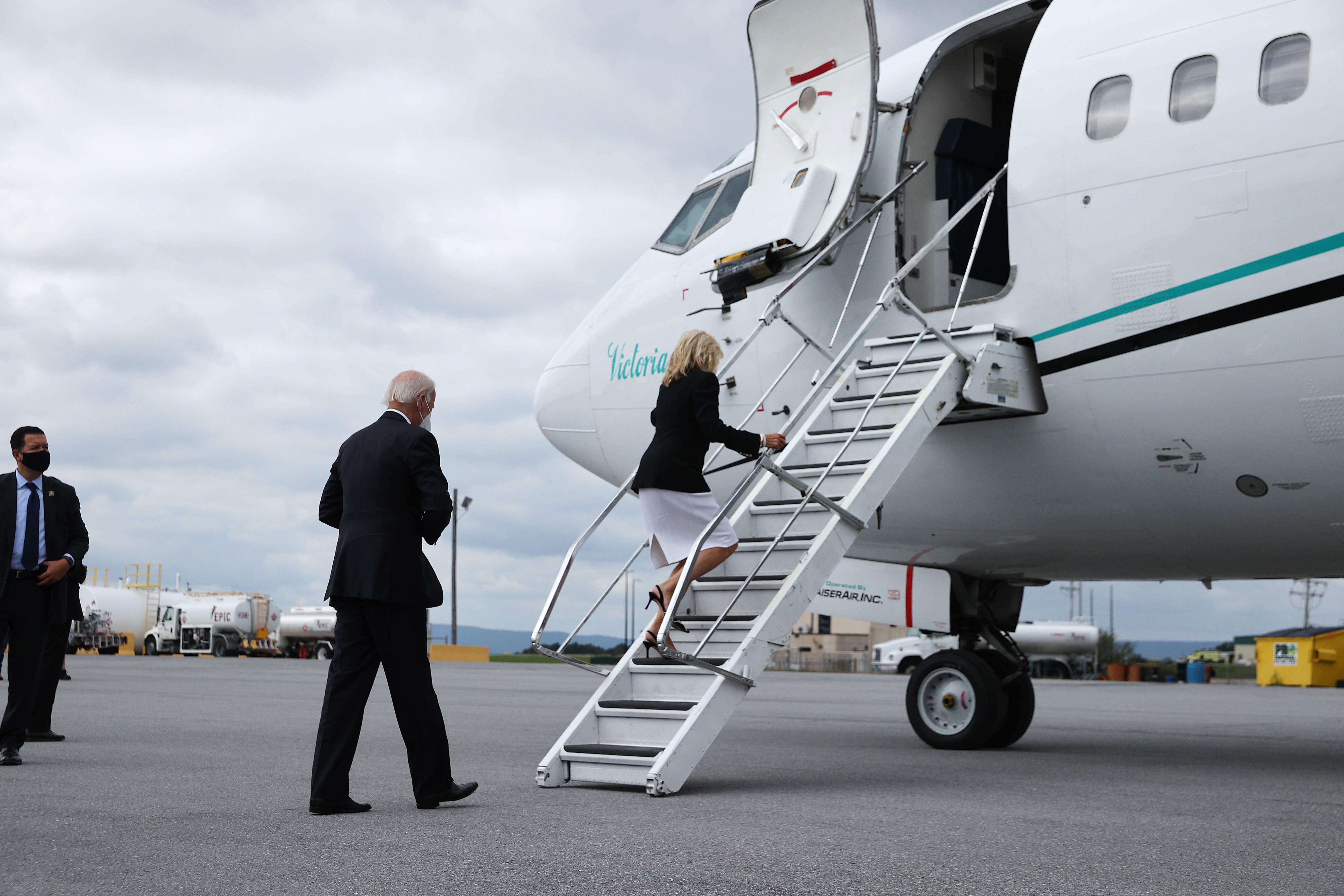 Chip Somodevilla/Getty ImagesJoe Biden and his wife, Jill, board their plane at the John Murtha Johnstown-Cambria County Airport on Sept. 11, 2020.

Former Vice President Joe Biden’s security perimeter was compromised by an unidentified photographer at a Pennsylvania airport Friday afternoon, according to CBS News.

As the Democratic presidential nominee walked up the staircase to his chartered plane at the John Murtha Johnstown-Cambria County Airport with his wife, Jill, a cameraman walked onto the airport tarmac and went behind the plane, finding his way to a group of credentialed members of the press who were observing the Bidens board the plane under its left wing.

Secret Service squabble in PA w/Joe Biden: A photographer not with Biden’s protective traveling pool made it to under the wing at JST airport just now. He was quickly intercepted and taken away by agents.

Once the breach was detected, the man was physically removed by a Secret Service agent. Neither Biden nor his wife were harmed in the incident.

“A member of the media who was credentialed for an event earlier in the day attempted to gain access to the airport tarmac for the departure of Presidential Candidate Biden,” a Secret Service spokesperson told CBS News. “The individual encountered law enforcement, disregarded their instructions, and accessed the tarmac. U.S. Secret Service personnel apprehended the individual and escorted him from the area.”

Earlier that day, Biden and his wife travelled from Delaware to New York to attend the annual 9/11 memorial service at ground zero. Afterwards, they travelled to Shanksville, Pa., to visit the Flight 93 Memorial, which commerates the crash site of United Airlines Flight 93. After visiting firefighters at the Shanksville volunteer fire department, the couple headed to the Johnstown airport.

The Friday breach was not the first major security issue that the Biden campaign has faced this year.

This past March, two protestors jumped onstage at a primary night rally in Los Angeles. One protestor was removed by Biden’s private security, while the other protestor was blocked by Jill Biden and several campaign aides. Later that month, Biden began receiving full secret service protection, according to CBS News.