Gig workers have a lot more to gain under a Joe Biden presidency, like unemployment benefits and paid time off 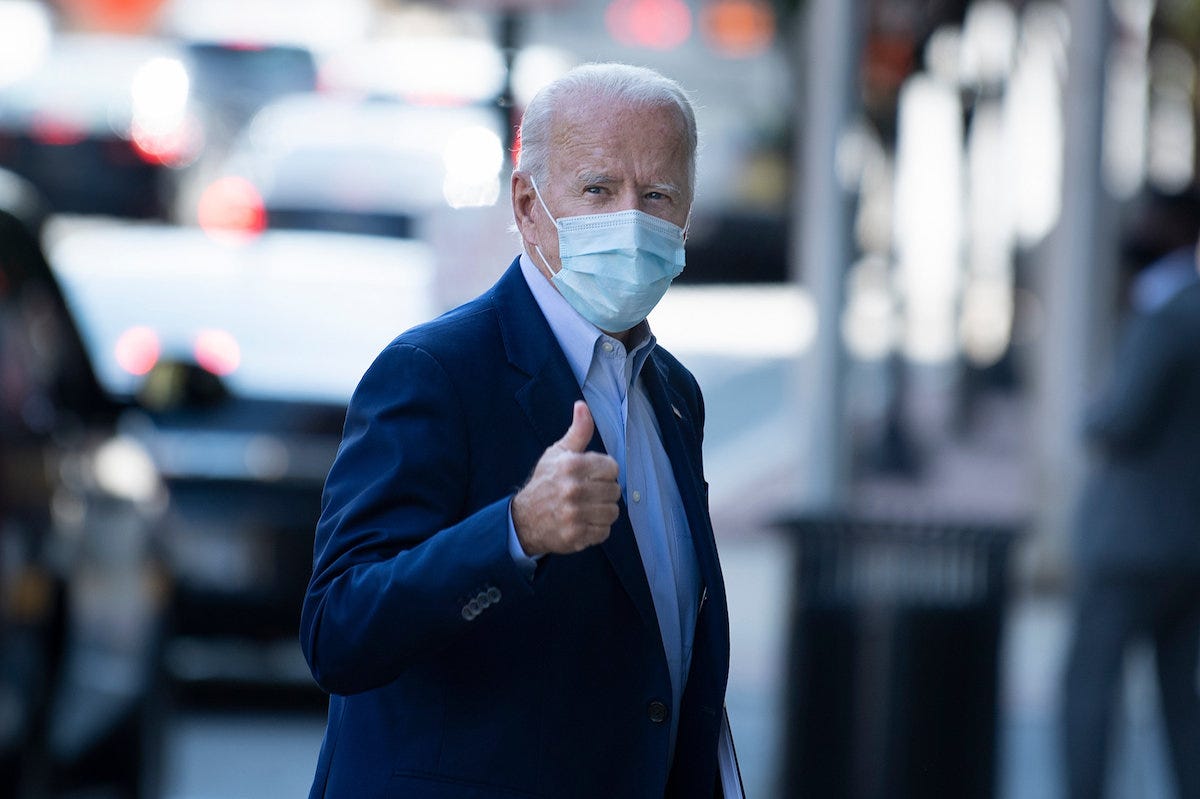 California’s decision on a controversial ballot measure regarding gig-work on Tuesday will have a national spotlight, and not just because it involves some of the most ubiquitous American tech companies.

Uber, Lyft, DoorDash, and others have spent heavily â€” more than $US200 million â€” to pass Prop. 22, which would supersede a state a law enacted in January requiring Uber drivers and other contract workers to be classified as independent contractors. The companies would instead pay into a centralised benefits fund in order to provide paid time-off and certain healthcare benefits.

Its passage would put Uber and its peer in the opposite corner of Joe Biden, who as a candidate has opposed the ballot measure.

“Gig economy giants are trying to gut the law and exempt their workers,” the former Vice President said in May. “It’s unacceptable.”

Instead, Biden has pledged to use California’s AB5, which enshrined a three-part test for determining a workers status as employee or contractor, as a model for federal regulations.

“Employer misclassification of ‘gig economy’ workers as independent contractors deprives these workers of legally mandated benefits and protections,” the candidate’s website says. “This epidemic of misclassification is made possible by ambiguous legal tests that give too much discretion to employers, too little protection to workers, and too little direction to government agencies and courts.”

A Biden campaign spokesperson declined to comment beyond the plans laid out online and in the May tweet.

The remaining workers still legally classified as independent contractors â€” a large group of jobs ranging from freelance writers to sole proprietorships and more â€” would receive a boost in benefits from the Biden plan, too.

A federal fund for emergency paid leave would cover 100% of weekly earnings, with a cap at $US1,400, the campaign website says. That’s equivalent to $US72,800 in a year. Gig workers, who are currently not guaranteed any emergency paid leave, would also be entitled to employment relief in a move similar to the first stimulus package in March that made them eligible for the $US600 federal boost. That surplus expired in August, however, and Congress has been unable to pass another economic relief package in the months since.

“Too often, our unemployment relief only helps those who are in more formal employer-employee relations,” Biden’s website says. “It leaves out too many of the hardest working, most hard-pressed Americans who drive cars, clean homes, and care for our younger and older loved ones. The Biden Plan will offer economic relief to all workers who can show hours have been cut back due to COVID-19 or to resulting economic impacts.”