US businesses created roughly a third of the jobs expected in August as COVID cases rebounded and governments reinstated some economic restrictions.

The country added 235,000 nonfarm payrolls last month, the Bureau of Labor Statistics said Friday. Economists surveyed by Bloomberg expected August job growth to reach 733,000 payrolls. The print reflects a sharp slowdown in hiring from the month prior and the weakest month of job creation since January.

About 8.4 million Americans remained unemployed when the government’s survey period ended in mid-August. Similarly, the unemployment rate fell to 5.2% from 5.4%. That matched the estimate for a rate of 5.2%.

The average hourly wage rose 17 cents ($0.23), or 0.6%, to $US30.73 ($AU42). Economists expected the average to rise 0.3% through the month. The print shows wage growth picking up from the pace seen in July, possibly hinting the labor shortage remained an obstacle.

Overall, the Friday report shows the Delta wave of COVID-19 having a significant effect on the labor market’s rebound. Daily case counts at the end of August rivaled those seen during the virus’s winter resurgence. Several state and local governments reintroduced mask-wearing rules, marking a sharp reversal from the reopening experienced earlier in the summer.

Vaccination helped keep hospitalizations and virus deaths from spiking to previous highs, but the uptick in cases dented Americans’ confidence in the recovery. The University of Michigan’s consumer sentiment index slid to 70.2 from 81.2 in early August, notching its lowest reading since 2011. The decline was also the largest one-month slide since April 2020, when pandemic shutdowns spread across the country.

Digging into the data

The monthly payrolls report offers economists the most detailed glimpse at how the labor market hit snags through August.

The professional and business services sector added the most jobs last month with a 74,000-payroll gain. Firms in the transportation and warehousing sector followed with 54,000 added jobs. Retailers lost the most payrolls, shedding 29,000 jobs in August.

The leisure and hospitality sector saw hiring completely freeze, with payroll growth coming in flat through the month. That comes after average growth of 350,000 over the previous six months. While jobs were created at arts and entertainment businesses, that was more than offset by a 42,000-payroll loss across restaurants and bars, according to the report.

The U-6 unemployment rate – which includes Americans working part-time for economic reasons and those marginally attached to the workforce – rose to 8.9% from 9.6%.

The labor force participation rate held steady at 61.7%. The metric has taken on increased importance through the pandemic as millions of Americans remain sidelined for a collection of reasons. Republican governors and lawmakers have largely blamed bolstered unemployment insurance for substandard participation, arguing the benefit disincentivizes job take-up.

Yet studies suggest the benefits have had a minimal effect on participation, and economists have also flagged virus fears, school closures, and financial buffers for the trend.

About 13.4% of Americans worked remotely in August, little changed from July’s reading and still elevated despite most lockdown measures having been reversed. 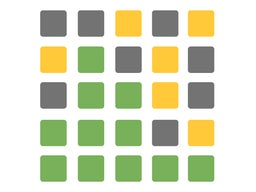