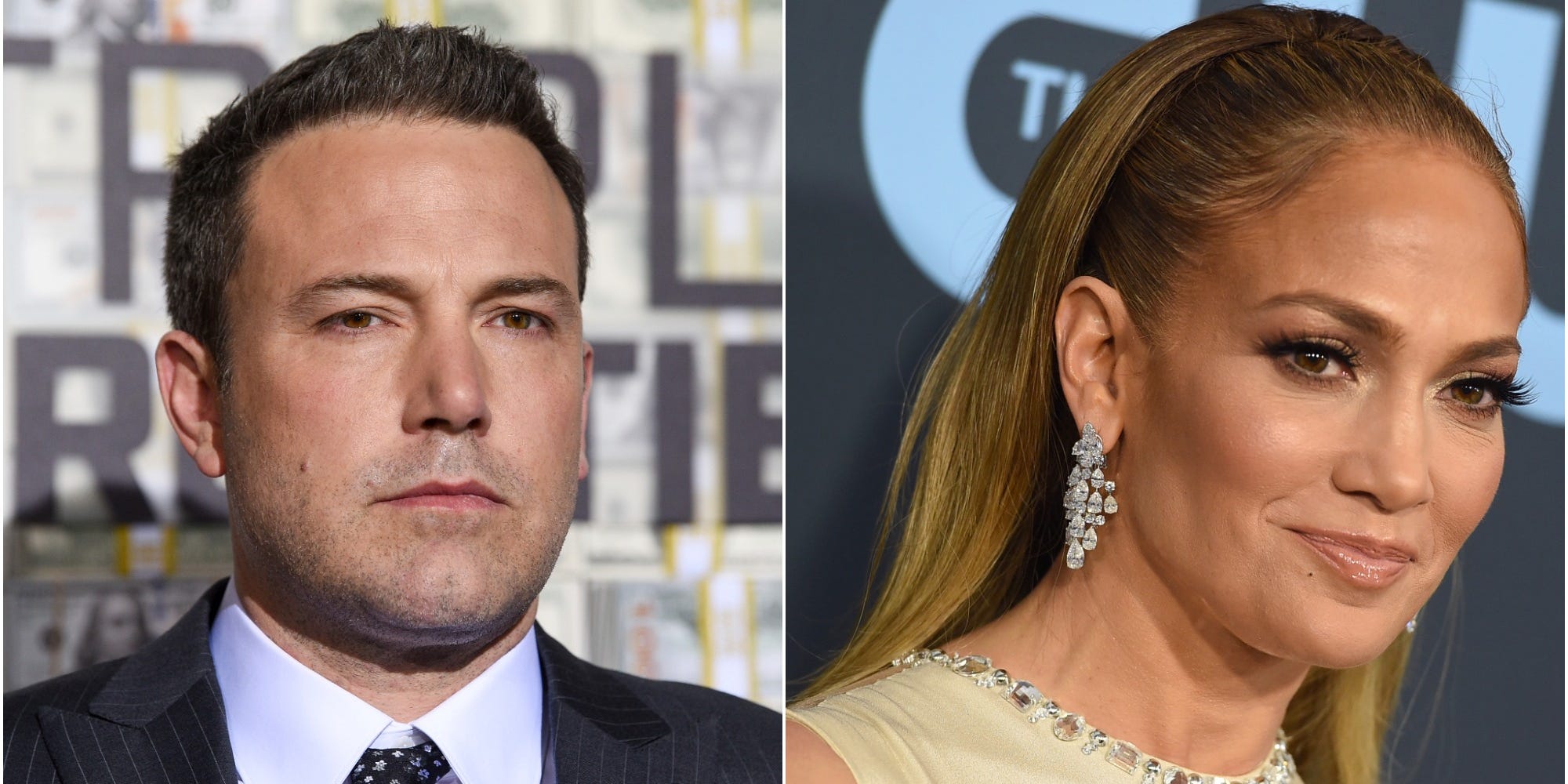 Evan Agostini/Invision/AP, Jordan Strauss/Invision/APBen Affleck and Jennifer Lopez are spending time together 17 years after they broke off their high-profile engagement.

Just as all politics are local, according to a phrase coined by the legendary House Speaker Tip O’Neill of Massachusetts, all celebrity reunions can be connected in some way to politics.

Another well-known Massachusetts-raised celebrity, the actor and director Ben Affleck, is reportedly rekindling a decades-old romance with his fellow A-list actor and singer Jennifer Lopez, to whom he was engaged in 2003.

Page Six reported on April 30 that Affleck and Lopez, who recently split from the former New York Yankees star Alex Rodriguez, had been spending time together at Lopez’s Los Angeles home.

And on Monday, People magazine and the Daily Mail reported that the two stars were seen on a getaway in Montana, where Affleck is said to own a ski house at the exclusive Yellowstone Club. The two were photographed in an SUV driving from the airport.

“[Lopez] spent several days with Ben out of town,” a source close to the pair told People. “They have a strong connection. It’s all been quick and intense, but Jennifer is happy.”

Just like Affleck’s and Lopez’s reported romance, the Big Sky state will also be the subject of close scrutiny by the media in the coming months.

Montana is one of several states that will gain one or more US House seats as a result of the 2020 census, the Census Bureau announced on April 26.

The Constitution requires an official count of the US population once a decade. After the census counts are finalized, states are tasked with redrawing their congressional districts, a process known as redistricting, to adjust for the population changes. Each state is subject to gain and lose seats based on how fast their population increased or decreased relative to the other 49 US states.

Montana, currently an at-large district with just one representative, saw its population grow by 9.6% over the past decade. As a result, the state will gain another district to have two representatives in Washington for the first time in 30 years, according to the Montana Free Press.

The biggest winner in redistricting is Texas, which will gain two House seats. Colorado, Florida, North Carolina, and Oregon like Montana will gain one US House seat each.

Affleck and Lopez first met two redistricting cycles ago in 2001 on the set of the film “Gigli,” according to a Popsugar timeline of their relationship, and started dating after Lopez ended her marriage with Cris Judd, according to Lopez.

The couple, affectionately dubbed Bennifer, was a tabloid sensation in the early 2000s. The two also costarred in “Jersey Girl,” and they publicly announced their engagement in November 2002. Affleck even appeared in Lopez’s iconic “Jenny from the Block” music video.

After announcing they would postpone their planned September 2003 nuptials because of the “excessive media attention surrounding our wedding,” the pair formally split in January 2004.

Shortly after, Lopez got together with Marc Anthony, whom she married in 2004 and separated from in 2011. The two share twins, Max and Emme.

In 2005, Affleck married the actor Jennifer Garner, with whom he had a decade-long marriage and three children. Affleck and Garner separated in 2015 and finalized their divorce in 2018. Affleck was most recently linked to the actor Ana de Armas. The two broke up in January of this year.

Most recently, Lopez dated Rodriguez for four years and was engaged to the former athlete for two. The pair formally announced their breakup on April 15, nearly three months after Rodriguez accompanied Lopez for her performance of the national anthem at President Joe Biden’s inauguration.