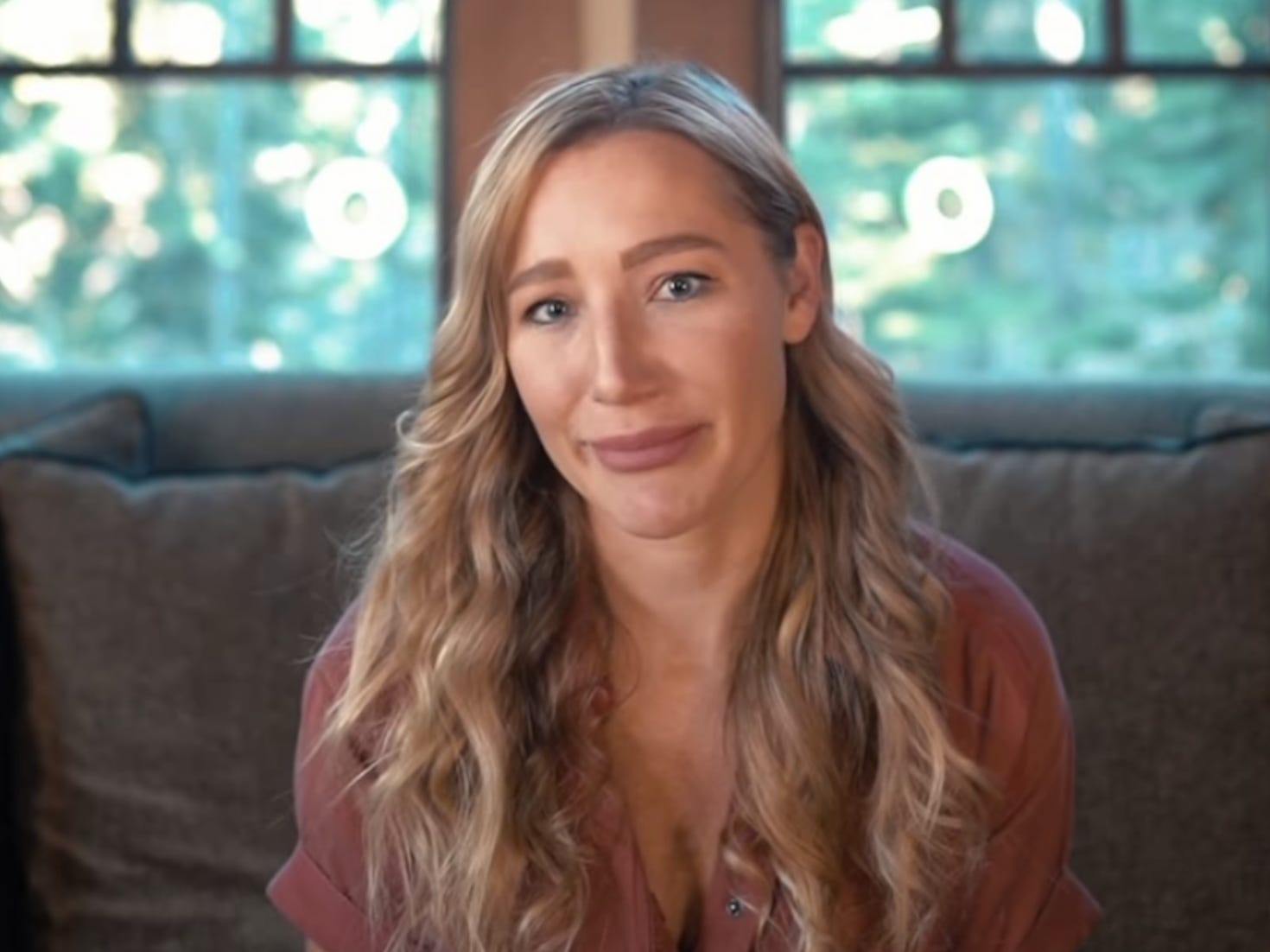 Instagram/@allthatglittersonthegramJLM filed another lawsuit against Hayley Paige Gutman on Monday.

JLM Couture filed another lawsuit against Hayley Paige Gutman – and this time the company also sued her fiancé.

The company and the bridal designer are in a legal battle over the social-media accounts associated with the brand and the trademark for the name Hayley Paige.

On Monday, JLM filed a complaint against Gutman, who is changing her name, and Conrad Louis Clevlen, who goes by Conrad Louis on social media, accusing the couple of copyright infringement, breach of contract, defamation, and more.

Insider was able to review JLM’s lawsuit against Gutman and Clevlen.

It alleged that Clevlen helped Gutman breach her contract with JLM by allowing companies like Optimum Nutrition to use her name without JLM’s consent.

It also alleged that Clevlen “allowed Gutman to receive payments through his contract” with Optimum in an attempt to do business behind JLM’s back. 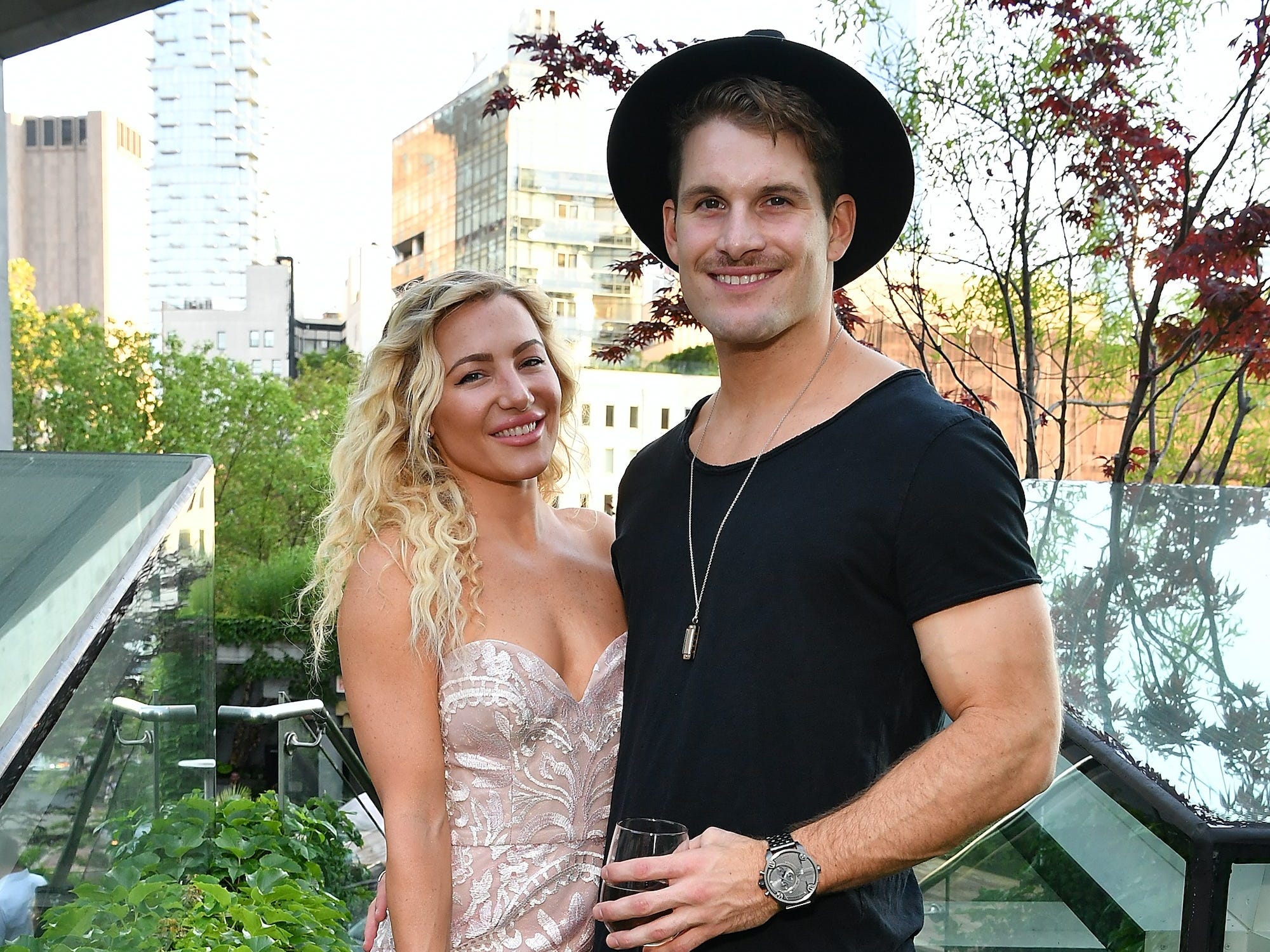 JLM said that Gutman had licensed her name for an unnamed reality-TV show with Clevlen in September and that she and Clevlen had authorized the Calgary Bridal Expo Online to use the name Hayley Paige around February without the company’s permission.

The suit also alleged that the listing of Gutman’s name on the website for the couple’s “All That Glitters” podcast was trademark infringement.

The lawsuit seeks damages from Gutman and Clevlen on 18 counts, totaling at least $8.95 million. JLM is also requesting a trial by jury.

JLM said that statements in Gutman’s videos were defamatory and had led at least 50 bridal stores to stop working with JLM and 35 stores to rescind orders from the company.

A JLM spokesperson pointed Insider to a video from December 21 in which Gutman said JLM was “controlling, manipulative, and bullying” as an example of defamation.

“JLM is not trying to keep Ms. Gutman quiet – only to stop her from defaming the company,” the spokesperson said.

Gutman posted a video about the filing on Tuesday – the date she met Clevlen three years ago, she said – to announce that JLM was suing him.

“Of all days for this to happen, I find it particularly personal and heart-wrenching that they picked today, May 4, that is so meaningful to us both,” Gutman said in the video.

The lawsuit reviewed by Insider was dated Monday, May 3.

In a statement to Insider, a representative for Gutman told Insider that she denied JLM’s allegations and that her team would file a response “in due course.”

“JLM has concocted a series of harassing and false claims about both Conrad and Hayley with the clear intention of shutting down their ability to express their opinions about JLM and the merits of their litigation,” Gutman’s representative said.

“I’ve always felt that JLM was focused on controlling me personally, and this latest lawsuit is further evidence of that, and another reason why I resigned … from a very hostile organization,” Gutman said in a statement to Insider.

“It is disheartening to see them attempt to control what I can say, and even sadder to see them bring in my fiancé to try to further hurt our lives,” she added.

JLM denied the comments Gutman made in her video

A spokesperson for JLM told Insider that the significance of May 4 to the couple was a coincidence.

“The company filed its First Amended Complaint, on May 3, because that was the deadline to make such a filing as agreed to by Ms. Gutman’s attorneys and ordered by the Court,” the spokesperson told Insider. “JLM was not aware of the date that Ms. Gutman and Mr. Clevlen first met.”

The same representative told Insider that JLM sued Clevlen after learning more about his involvement with Gutman’s business endeavors.

“JLM Couture filed a First Amended Complaint naming Mr. Clevlen as a defendant because, since filing its original Complaint in December 2020, it has come to learn the specific role Mr. Clevlen has played in facilitating and profiting from side deals by improperly using JLM’s exclusive trademarks,” the spokesperson said. “JLM alleges that Mr. Clevlen used the @misshayleypaige trademarks, without the consent of JLM, to secure third-party side deals.” 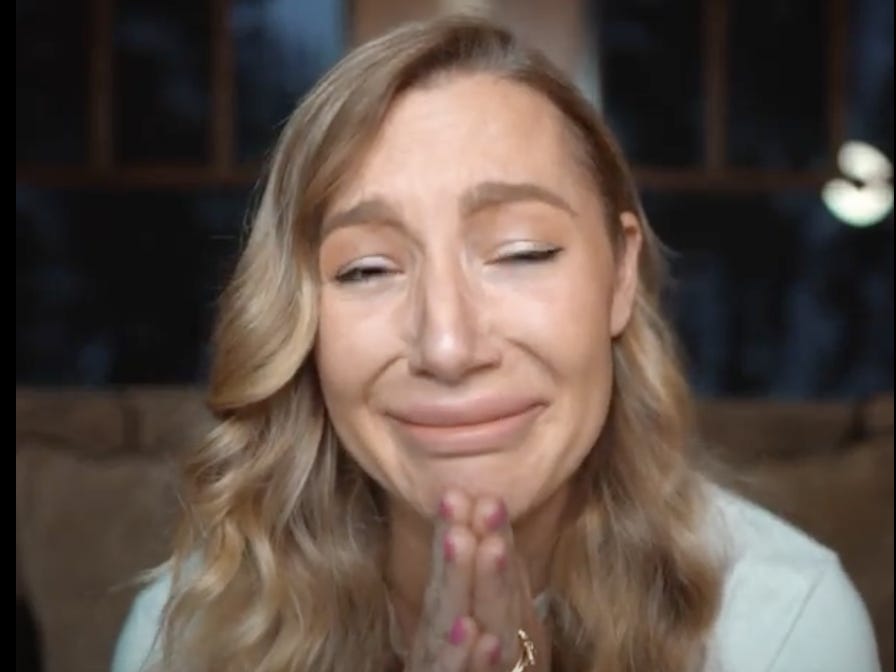 Hayley Paige Gutman/InstagramGutman is expected to file a countersuit.

“JLM added Mr. Clevlen to the lawsuit because of his alleged infringing actions and to protect its trademarks – actions the courts require all trademark owners to take to protect their assets,” the spokesperson went on. “In a March 29, 2020, email to Optimum Nutrition, that Mr. Clevlen was also on, Ms. Gutman, acknowledged that what Optimum wanted her to do violated her contract with JLM and that she was trying to renegotiate with JLM.”

The spokesperson provided Insider a screenshot of an email in which Gutman told an Optimum staff member that she was “happy to have all payments go through Conrad’s contract.”

You can read more about Gutman’s legal battle with JLM here.