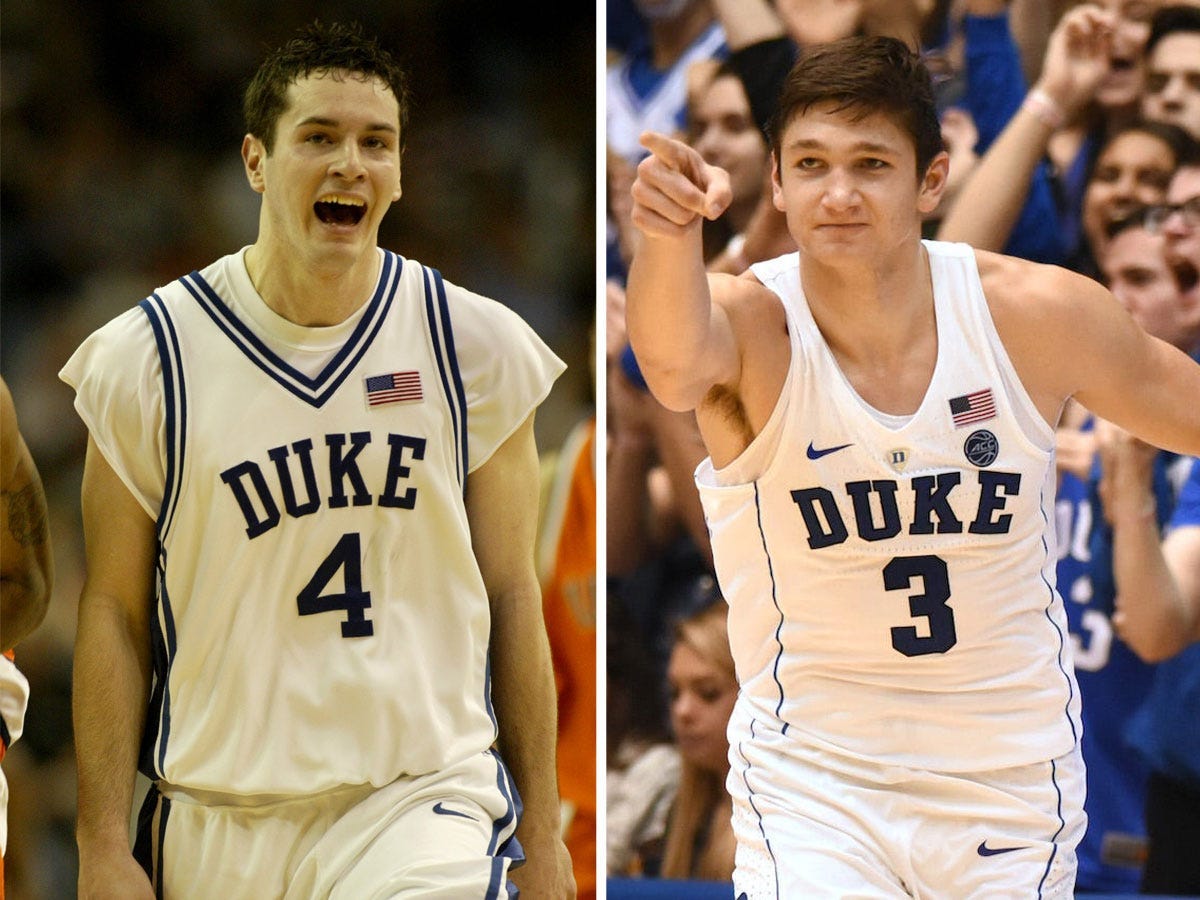 Rob Kinnan-USA TODAY Sports/REUTERS/Marc Serota JLS/HB‘I’ve seen some of the videos of you,’ Allen said. ‘Some of the chants the crowds had… If you just go game atmosphere, you might have me on that.’

For Duke diehards, JJ Redick and Grayson Allen are bonafide legends. But for nearly everyone else, the former Blue Devils are two of the most hated characters in college basketball history.

In a guest appearance on JJ Redick’s podcast, “The Old Man and the Three,” released Monday, Allen reminisced about his four years playing for legendary head coach Mike Krzyzewski and discussed his experience dealing with hateful fans after becoming a villain in the eyes of sports fans across America. 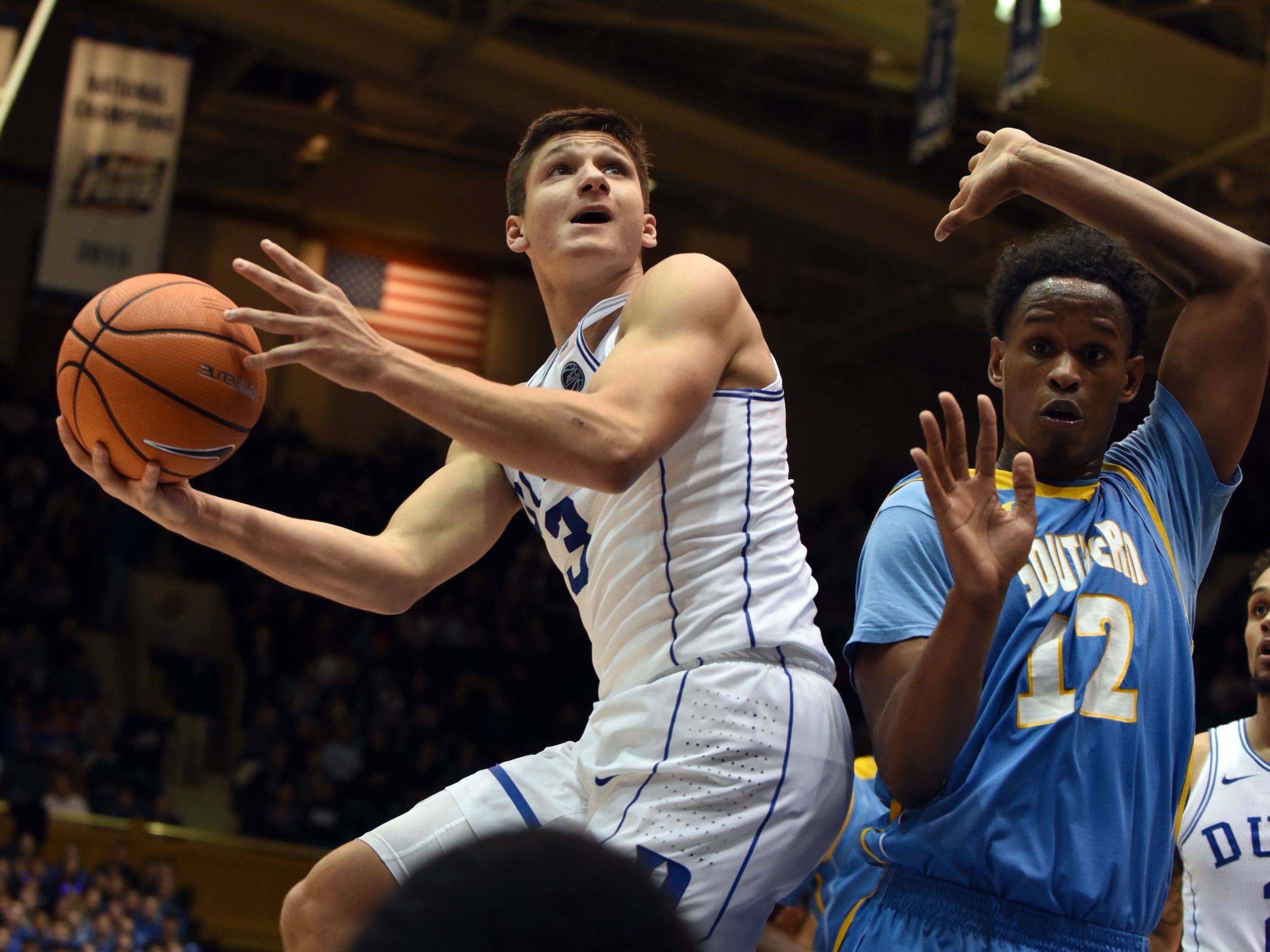 Rob Kinnan-USA TODAY SportsGrayson Allen rises up for a layup during a 2017 Duke game.

After breaking out as an unlikely hero during the Final Four of Duke’s national championship run during his freshman year, Allen became infamous for tripping opponents in a string of games early in his sophomore campaign. He was even suspended for a game after one such instance against the Elon Phoenix.

Allen’s reputation as a poor sport and a tripper followed him throughout his entire career in Durham and beyond. And even though he wasn’t on social media at the time, Allen was acutely aware that he had was ridiculed on the internet.

“I became a meme for months,” Allen told Redick. “I had friends send me all these videos … They would photoshop me laying on the ground with my leg up and just sliding through all these different videos tripping random people and whatever.”

When Redick asked Allen who he thought was hated more during their time as a Blue Devil, Allen credited social media as “the only reason I would say myself.” Still, he acknowledged that “if you take out social media and you just go with crowds and the national media,” Redick may have the edge. 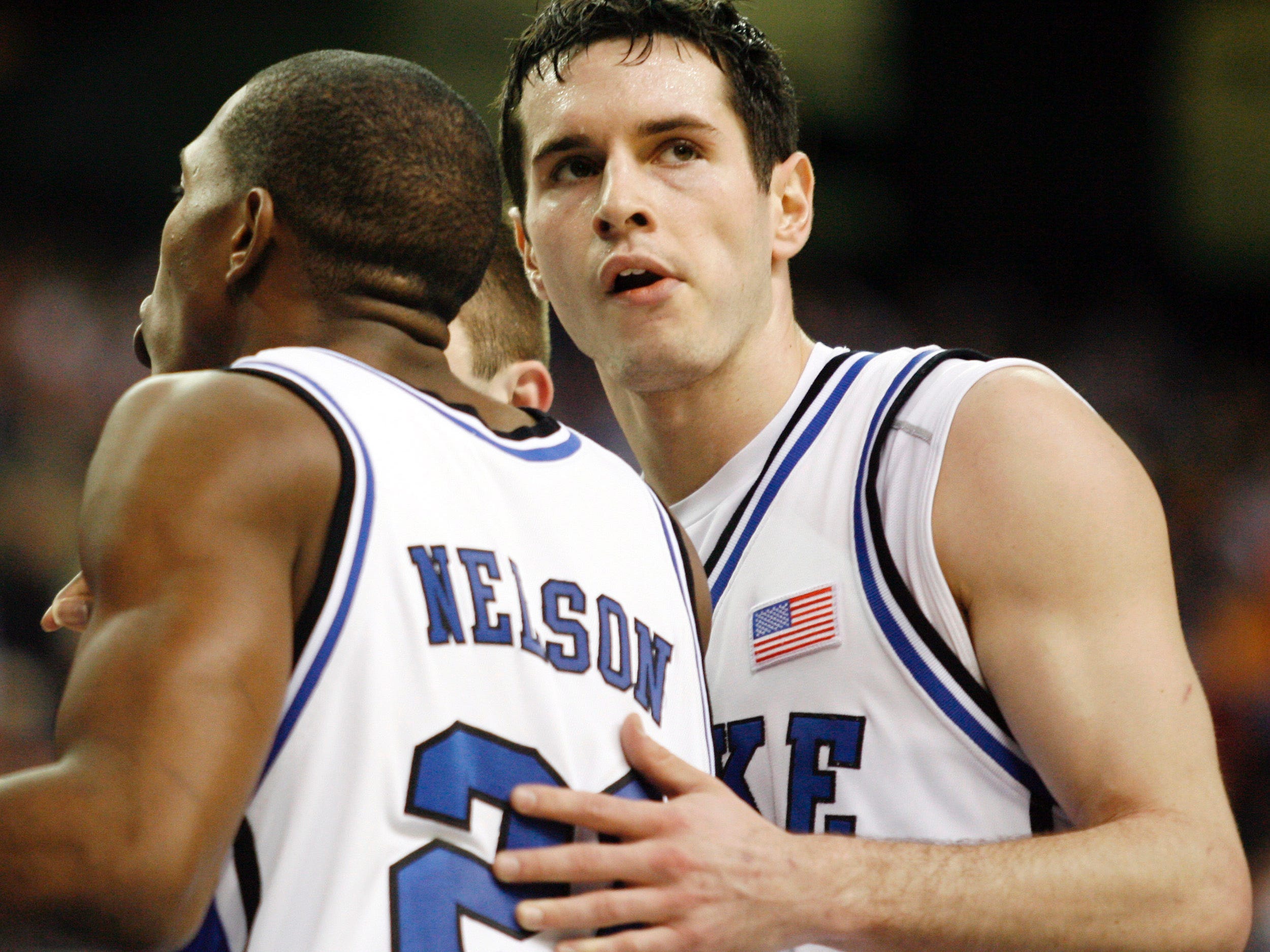 “I’ve seen some of the videos of you,” Allen said. “Some of the chants that the crowds had might’ve even â€” they were on par [with what I faced] or maybe even worse. If you just go game atmosphere, you might have me on that.”

Redick â€” who played at Duke in the mid-2000s â€” agreed with Allen’s line of thinking. He said he was thankful that he didn’t have to deal with social media during his college days because “I don’t know that I would have not been kicked off the Duke team.” Then, he shared a particularly harrowing story of his experience at one road game during his sophomore year.

“I come out for warmups â€” there’s a sign that says ‘JJ drinks his own pee,'” Redick recalled. “Hilarious. There was also a sign that makes a reference to a lewd sex act with my 12-year-old sister. Then, there’s a group of students sitting in the front row who have these custom T-shirts made, and it’s a picture of me, and they ‘When I grow up, I want to name my kid JJ Redick.’ And then, on the back, it says ‘And beat him every day.'” 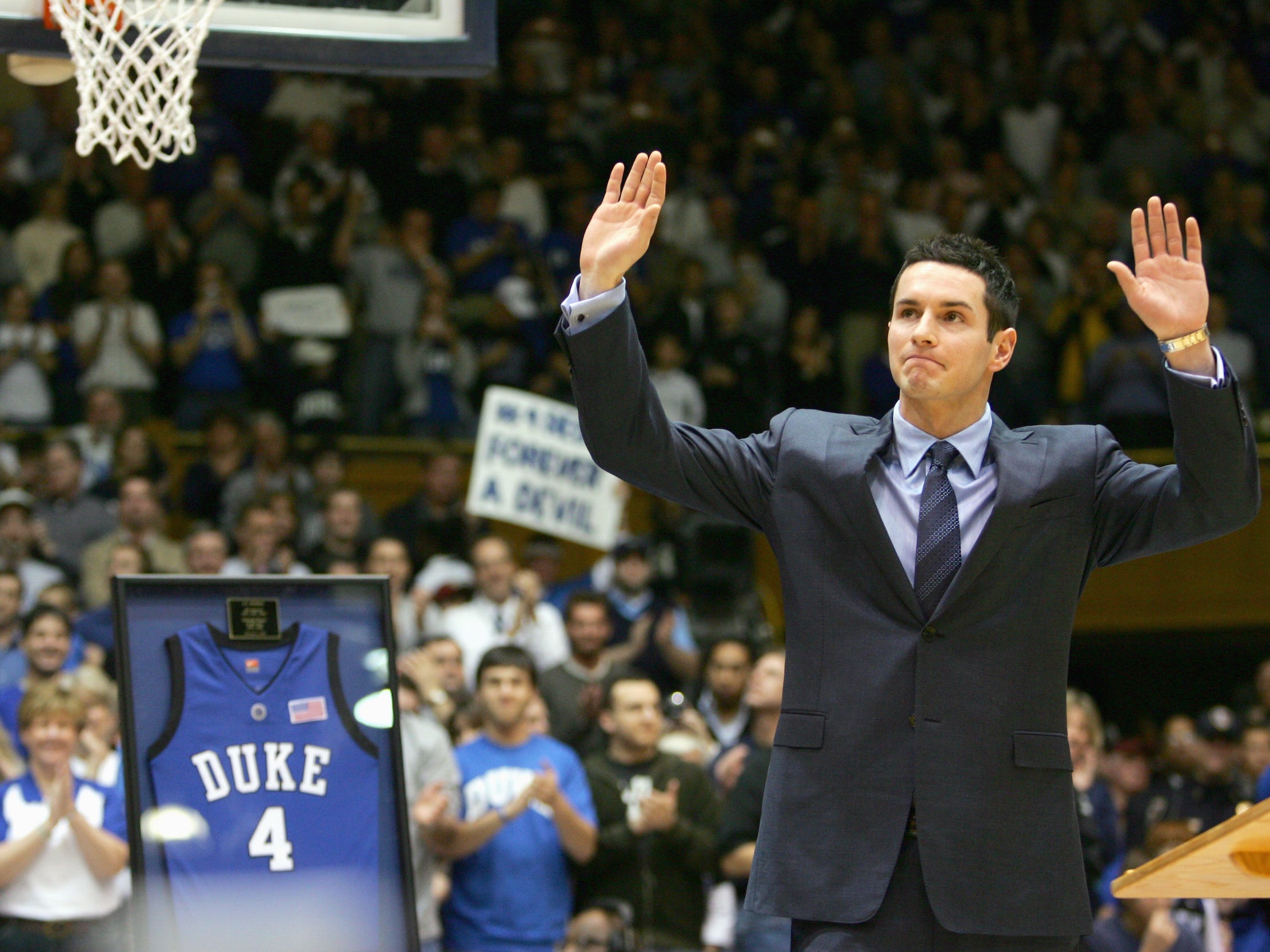 Streeter Lecka/Getty ImagesJJ Redick greets the crowd at Cameron Indoor Stadium as his jersey is retired at Duke.

But the harassment Redick, who was still a teenager at the time, faced away from Cameron Indoor Stadium extended beyond kids his age. Adults â€” even high-profile ones â€” joined in on heckling Redick during his days wearing blue and white.

“Then, the Baltimore Ravens owner starts talking shit to me,” Redick said about that same game. “He’s sitting courtside. He starts talking shit to me. I’m having a good game, so I start yapping back. This, of course, insights other people in the stands to start yelling things at me. And then at the end of the game, I’m hitting the game-clinching free throws, and the entire arena starts yelling ‘F— you JJ.’ That was one game.'”

“That was pretty much every road game that I had at Duke,” Redick added. “That was my experience.”

Check out the clip of Redick’s and Allen’s conversation below, and you can listen to the entire “The Old Man and the Three” episode here: