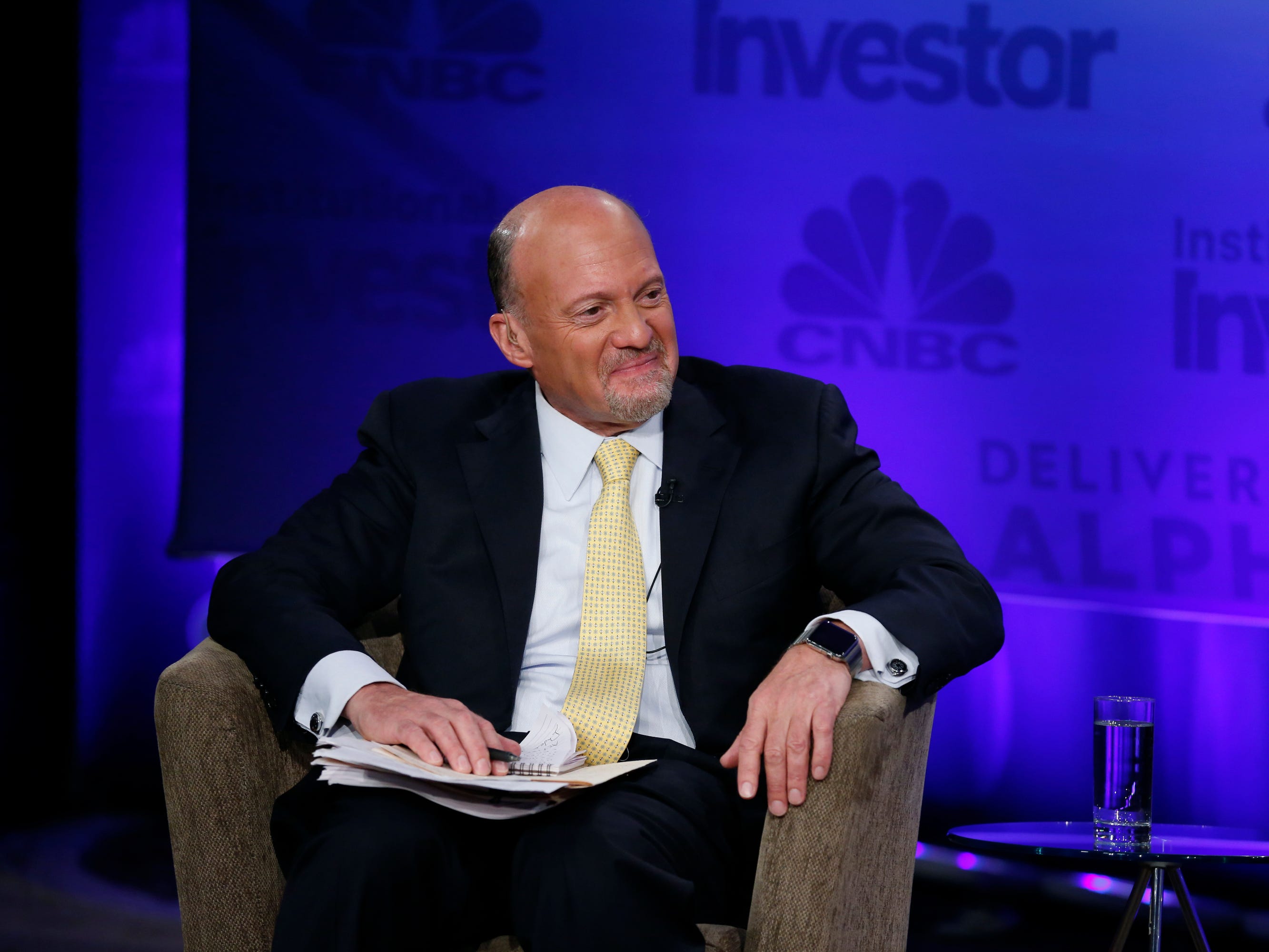 While interviewing House Speaker Nancy Pelosi on live television, CNBC’s Jim Cramer accidentally referred to her as “Crazy Nancy,” a derogatory term frequently used against her by President Donald Trump.

Cramer, who immediately backtracked, said that he was using the president’s words and not his and reiterated that he respected her position.

“What deal can we have, Crazy Nancy?” Cramer said. “I’m sorry, that was the president, I have such reverence for the office I would never use that term.”

“Anything that the president says is a projection of his own insecurities,” Pelosi added. “He calls other people crazy because he knows he is.”

Jim Cramer: “What deal can we have, Crazy Nancy? I’m sorry, that was the president. I have such reverence for the office. I would never use that term …”

Pelosi, a California Democrat, was speaking to Cramer about pending coronavirus relief legislation that has been stalled in Congress for weeks. The appetite for spending between the Democratic-led House and Trump administration officials like Treasury Secretary Steve Mnuchin and White House Chief of State Mark Meadows, who are key negotiators for the White House and are working with Senate Majority Leader Mitch McConnell, still remains wide.

There have been several proposals floated for coronavirus relief since late July, when a federal pandemic unemployment compensation (FPUC) benefit expired that had provided $US600 per week to people collecting unemployment. At the time, the two parties were more than $US1 trillion apart in their proposals. Since then, the president signed executive orders on unemployment insurance, evictions and foreclosures, the payroll tax, and student loans, but there haven’t been any direct stimulus payments issued since earlier this year and the FPUC benefit is still expired.

On Tuesday, a bipartisan group of lawmakers unveiled a new $US1.5 trillion stimulus plan that included a second round of $US1,200 checks and the reinstatement of federal unemployment benefits.

Before ending the interview, Cramer once again tried to make amends with Pelosi.

“You know I was being facetious when I used the term involving you,” Cramer said.

“Of course I do,” Pelosi responded, with a smile.

Later that day, Cramer made another statement about the incident on air, apologizing to Pelosi.

“Earlier today, when I talked to House Speaker Nancy Pelosi on ‘Squawk on the Street,’ I made a very stupid comment,” he said. “It was a tongue-in-cheek attempt to make a point about the harsh tone of the negotiations in Washington. It fell completely flat and I apologise for that.”