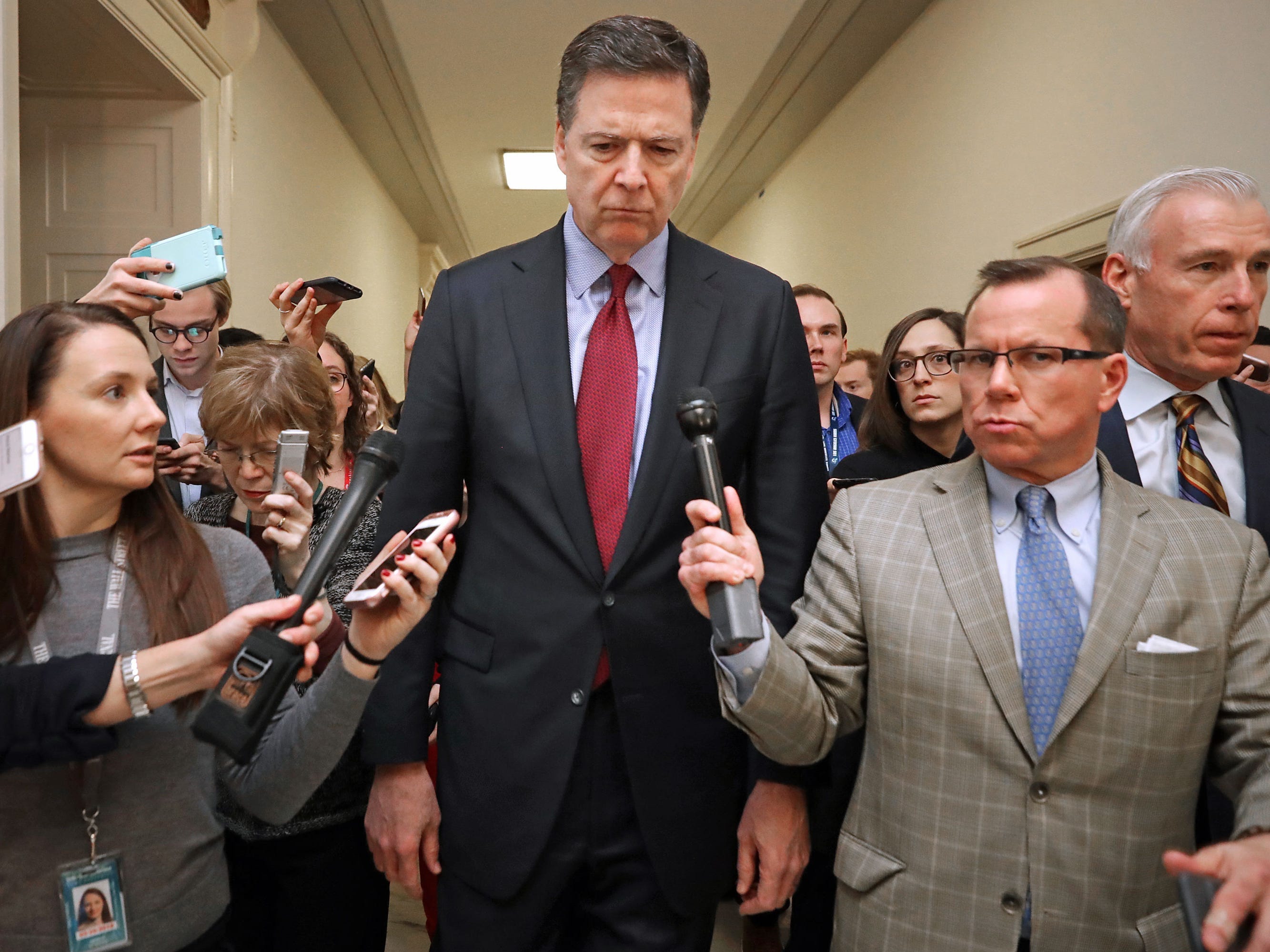 Chip Somodevilla/Getty ImagesFormer Federal Bureau of Investigation Director James Comey is surrounded by reporters in 2018 after testifying to Congress.

On October 28, 2016, James Comey made an announcement that shook the 2016 election: The FBI was reopening its investigation into Hillary Clinton’s private email server.

It didn’t matter that, on November 6, Comey said the Democratic presidential nominee was in the clear. Following the election, on November 8, his decision was widely blamed as a chief reason she lost her run for president. And since then, the now-former FBI director has been reviled by Democrats who believe he handed the presidential election to Donald Trump.

Patrice Comey, his wife, was one of the people who tried to stop it. She told New York Times reporter Michael Schmidt about her conversations with her husband for his book “Donald Trump v. The United States,” excerpted by NBC News on Wednesday.

For its investigation, the FBI needed to get a warrant for the laptop of Anthony Weiner, the husband of Clinton aide Huma Abedin. To get that warrant, James Comey told his wife, he needed to notify Congress. If not, it would look like the FBI hid elements of the investigation from the Republican-dominated legislative body after pledging transparency.

“What is our relationship with Congress if we’re going to lie to them and not say something?” he asked, according to Schmidt.

Comey also told his wife that he didn’t believe he had a choice in the matter, she said.

The FBI didn’t immediately respond to Insider’s request for comment on Wednesday.

In his 2018 book “A Higher Loyalty,” Comey defended his decision to tell Congress about the decision to reopen the Clinton investigation but said he regretted not clarifying the circumstances to the public at the time. A representative for Comey didn’t immediately respond to Insider’s request for comment.

Jim Comey didn’t vote in the 2016 election, believing that doing so would be incompatible with his role as FBI director. Patrice Comey cast her ballot for Clinton, having “waited decades to vote for a woman presidential candidate” and believing “Trump was an existential threat and must never sit in the Oval Office,” Schmidt wrote.

“Donald Trump v. The United States: Inside the Struggle to Stop a President” was published in September.