Celebrity personal trainer Jillian Michaels attracted a serious Twitter backlash on Wednesday when she responded to a BuzzFeed AM2DM reporter’s comment by suggesting the artist is at risk for diabetes.

Lizzo, who was named “Entertainer of the Year” for 2019 by Time Magazine, has been known to defy her critics, famously carrying a tiny purse to symbolize how much she cares about their opinions. She also explicitly advocates for body positivity and self-acceptance in her music and social media.

Michaels, meanwhile, is no stranger to controversy – she was criticized last month for saying that political correctness glamorizes obesity, and has previously faced backlash for her role in NBC’s “The Biggest Loser.”

In response to the latest BuzzFeed interview, Lizzo fans were quick to defend the star, pointing out that she’s also known for her intensely high-energy performances in which she sings, dances, and plays the flute for about two hours.

Lizzo spends hours every night singing and playing the flute during intensive dance cardio. Just admit that the only self worth you've found for yourself is in your thinness, Jillian, then go to therapy & do the work to love yourself.

lizzo is a very physical performer, whose schedule & work is something one would have to be at a high level of fitness to maintain. this is just pure mask off shit that it has nothing to do with 'getting healthy' and is *actually* about 'looking healthy' https://t.co/ewZWEj1zXS

One Twitter user compared Lizzo’s seemingly effortless cardio capacity to “running 7 MPH in heels on a treadmill clearly singing the words to Truth Hurts without sounding out of breath.”

Others chimed in to note that people percieved as thin rarely face the kind of health criticism that has been leveled at Lizzo and others embracing their body size.

Fascinating that there are skinny white dude celebs who smoke two packs a day and have the cardiovascular system of a block of granite who are never critiqued, and yet, there are folks out here erroneously and bizarrely insinuating Lizzo is at risk of diabetes.

Jillian Michaels can no more predict Lizzo’s future health — or speak on her current health — then she can walk upside down on the ceiling. Not only is this well outside of her skill set as an overpaid aerobics teacher, it’s just a prejudice-based guess built on stereotypes.

Some Twitter users said that Michaels’ comments were emblematic of racism and ableism wherein white people feel entitled to comment on black women’s bodies and health.

People also suggested Michaels’ has built a brand on stigmatizing weight, which is threatened by the growing acceptance of body positivity.

JM has a lot to lose if people begin demanding we treat all bodies with respect. how come you’re the only one that gets to talk about bodies, J? your outdated, stigmatizing fearmongering is tired.

Michaels addressed the criticism Wednesday evening, saying “we are all beautiful, worthy, and equally deserving,” but that she hopes people love themselves enough to acknowledge the “serious health consequences that come with obesity” and prioritize health.

Lizzo didn’t directly address Michaels’ comments, but her most recent Instagram post after the interview showed a beautiful view from her window with the message to “take 5 deep breaths… in through the nose… out through the mouth.. today’s mantra is: This is my life. I have done nothing wrong. I forgive myself for thinking I was wrong in the first place. I deserve to be happy.”

At the 25 second mark I want you to take 5 deep breaths… in through the nose… out through the mouth.. today’s mantra is: This is my life. I have done nothing wrong. I forgive myself for thinking I was wrong in the first place. I deserve to be happy.

Weight is correlated with health issues, but is a poor indicator of health

It’s true that obesity is associated with a higher risk of diabetes, heart disease, stroke, and some types of cancer.

But weight is still a poor indicator of health. Research shows that factors like blood pressure, insulin resistance, and cholesterol levels are more important. Sending the message that people should lose weight no matter the cost can also increase the risk of dangerous eating disorders and worsen health.

It’s also well established that people can be physically very fit without being thin, including marathon runners and triathletes.

Health and fitness professionals have also noted that fat-shaming does nothing but harm when it comes to improving people’s health,Insider previously reported.

“Shame and blame is never going to work – if it did work, it would’ve happened by now, and instead we need to create a more positive environment so people feel welcome and included to make the most positive choices for themselves,” London-based personal trainer Tally Rye previously told Insider.

Adele’s beach vacation photos have gone viral, but some say complimenting her smaller body is fat-phobic

People eat less when food labels show how much exercise is needed to burn it off, but that could have dangerous consequences 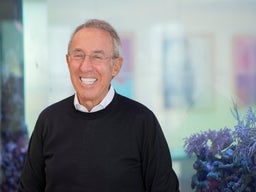 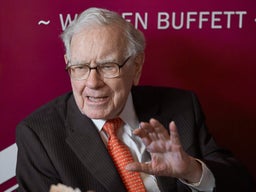