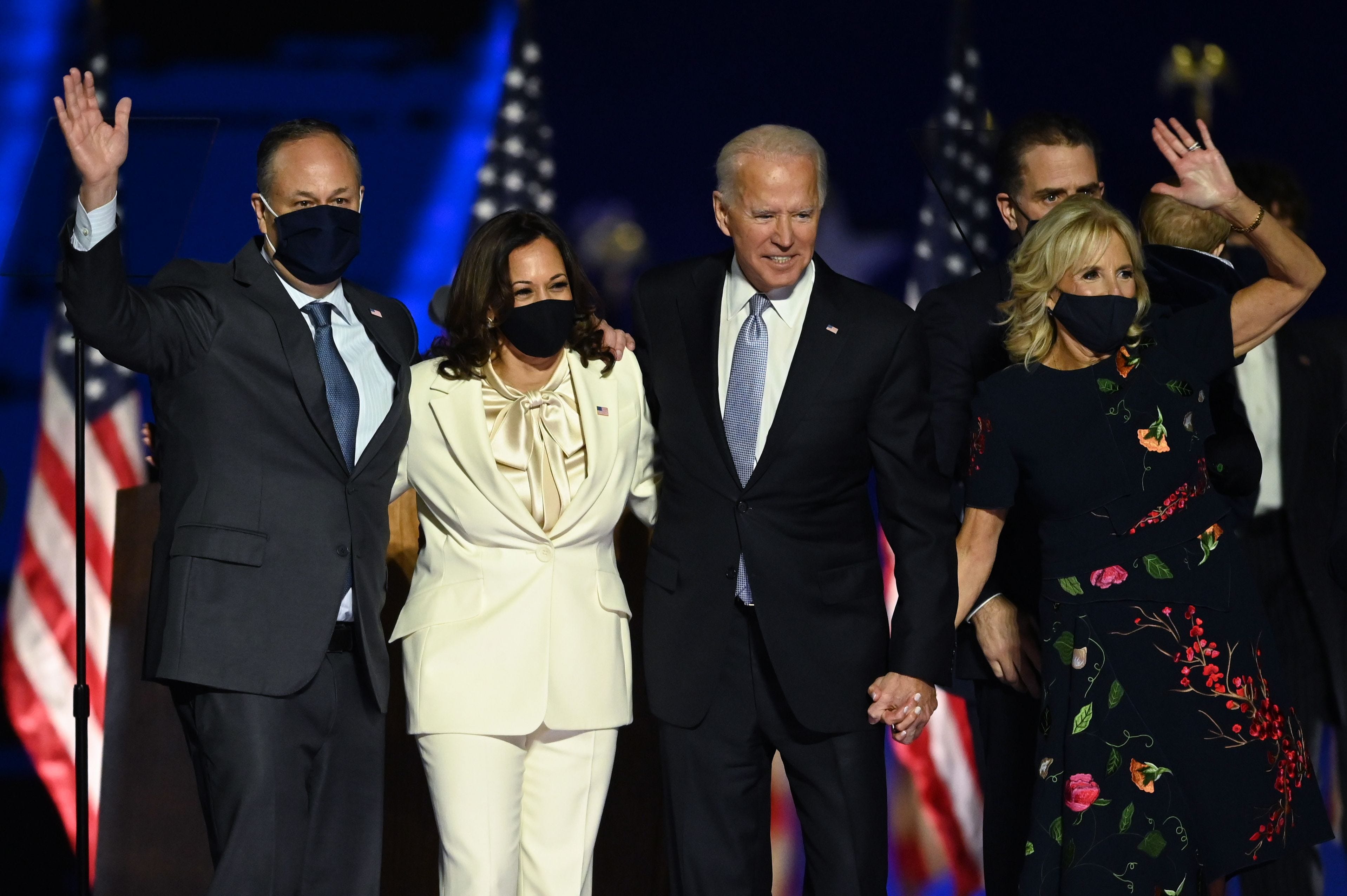 It’s not just Joe Biden who’s making history as the oldest president ever elected, or Kamala Harris as the first Black and South Asian woman to serve as vice president. Their partners, too, are set to make history, defying stereotypical gender roles of political spouses as they do so.

Jill Biden has said that she plans to continue working as a college professor, which would make her the only first lady in history to have a full-time job while serving in the role. Doug Emhoff, husband of Vice President-elect Kamala Harris, announced that he is quitting his job at a corporate law firm, DLA Piper, to support his wife’s career and focus on his duties as the country’s first-ever second gentleman. (The move likely also had ethical considerations since his law firm lobbies the federal government on behalf of clients.)

Jill Biden holds a bachelor’s degree, two master’s degrees, and a doctorate of education from the University of Delaware, and has taught for more than three decades. She continued to teach English at North Virginia Community College while serving as second lady under President Obama â€” widely regarded as the first second lady to hold a job â€” and told CBS Sunday Morning in August, “If we get to the White House, I’m going to continue to teach.“

Joe Biden supports her career, as well. After introducing himself as “Jill’s husband” in his November 7 acceptance speech, the president-elect praised his wife’s passion for her work.

“She has dedicated her life to education. But teaching isn’t just what she does. It’s who she is,” Biden said, continuing, “For American educators, this is a great day for you all. You’re going to have one of your own in the White House, and Jill is going to make a great first lady. I’m so proud of her.”

Political spouses have no job description, no salary, and no official responsibilities, leaving room for Biden and Emhoff to modernise the roles 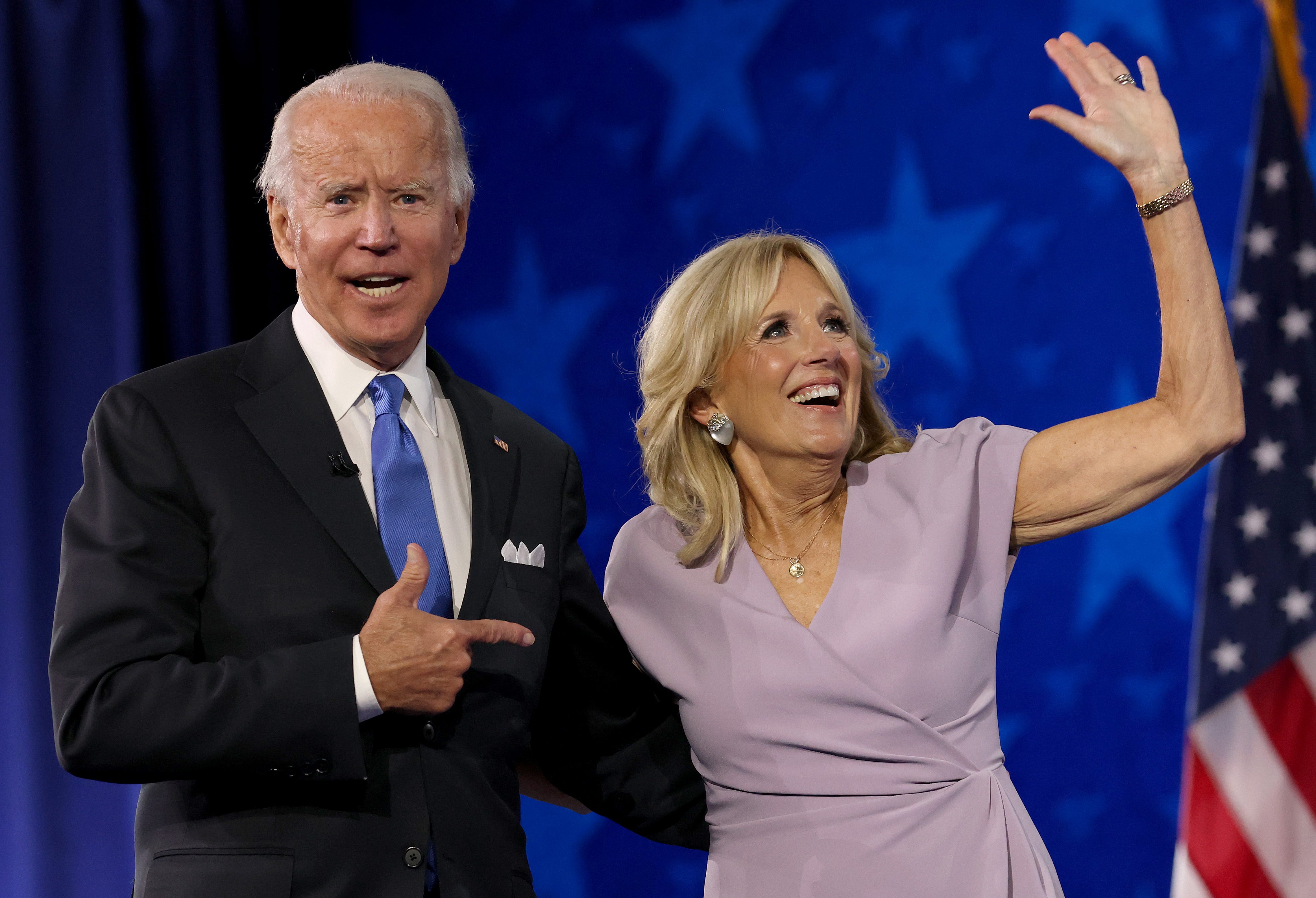 Throughout most of American history, first ladies were largely responsible for entertaining. When Jacqueline Kennedy spearheaded the refurbishment of the White House in 1960, the position evolved to include ceremonial and political components, as well as advocacy.

“How the presidential spouse has used the White House podium has varied,” Myra Gutin, a professor of communications at Rider University and author of “The President’s Partner: The First Lady in the Twentieth Century,” told Insider. “We have someone as active as Hillary Clinton, who is followed by Laura Bush, who is a lot less active publicly. And then Laura Bush is followed by Michelle Obama, who is, again, an activist and political surrogate. And then we get to Melania Trump, who almost harks back to pre-1960 first ladies.”

Biden will make the role her own, as well. USA TODAY has already dubbed her “Professor FLOTUS.”

“It’s historic, and I think it sends a wonderful message about female empowerment. I think she’s saying that she can do more than just be a presidential spouse,” Gutin said. “I think the message that it sends is really a very strong one, and I think it complements Kamala Harris being the first woman to be vice president.”

Like first lady, the role of the vice president’s spouse has remained open to interpretation throughout history. This flexibility gives Emhoff the chance to define it for himself as the first man to hold the position.

“Some of the second ladies have been involved, but again, there’s nothing written, there’s nothing required,” Gutin said. “I know that he wants to support his wife’s political career and wants to support her as vice president. Looking at the agenda and what this administration has in front of it, that’s going to be significant. It’s going to be fascinating to see what Doug Emhoff does.”

When a male politician’s wife quits her job to support her husband’s career, it doesn’t make headlines. People often forget that Michelle Obama, a Harvard law graduate, was Barack’s mentor at a prestigious law firm and worked as an executive at the University of Chicago Medical Centre before going on leave to support her husband’s 2008 presidential campaign, or that Hillary Rodham Clinton and Bill Clinton attended Yale Law School together.

“Now we have a man who was in a high-powered job who’s quit his job, so it’s sort of revolutionary,” Gutin said.

Emhoff’s pride in Harris’ accomplishments is evident â€” in addition to describing himself as an advocate for justice and equality in his bios on Twitter and Instagram, he also labels himself “@kamalaharris hubby.”“I’m not overly political,” he told Marie Claire earlier this year. “I’m overly her husband.”

By putting her career first, Emhoff presents a model of non-toxic masculinity for America’s young men. He demonstrates how men can support their female partners’ ambitions and not feel threatened by their success.

As Jill Biden continues to value her career in education as first lady, and Emhoff steps back from his law practice to focus on serving as second gentleman, it signals a new era where expectations of political spouses need not be dictated by gender.