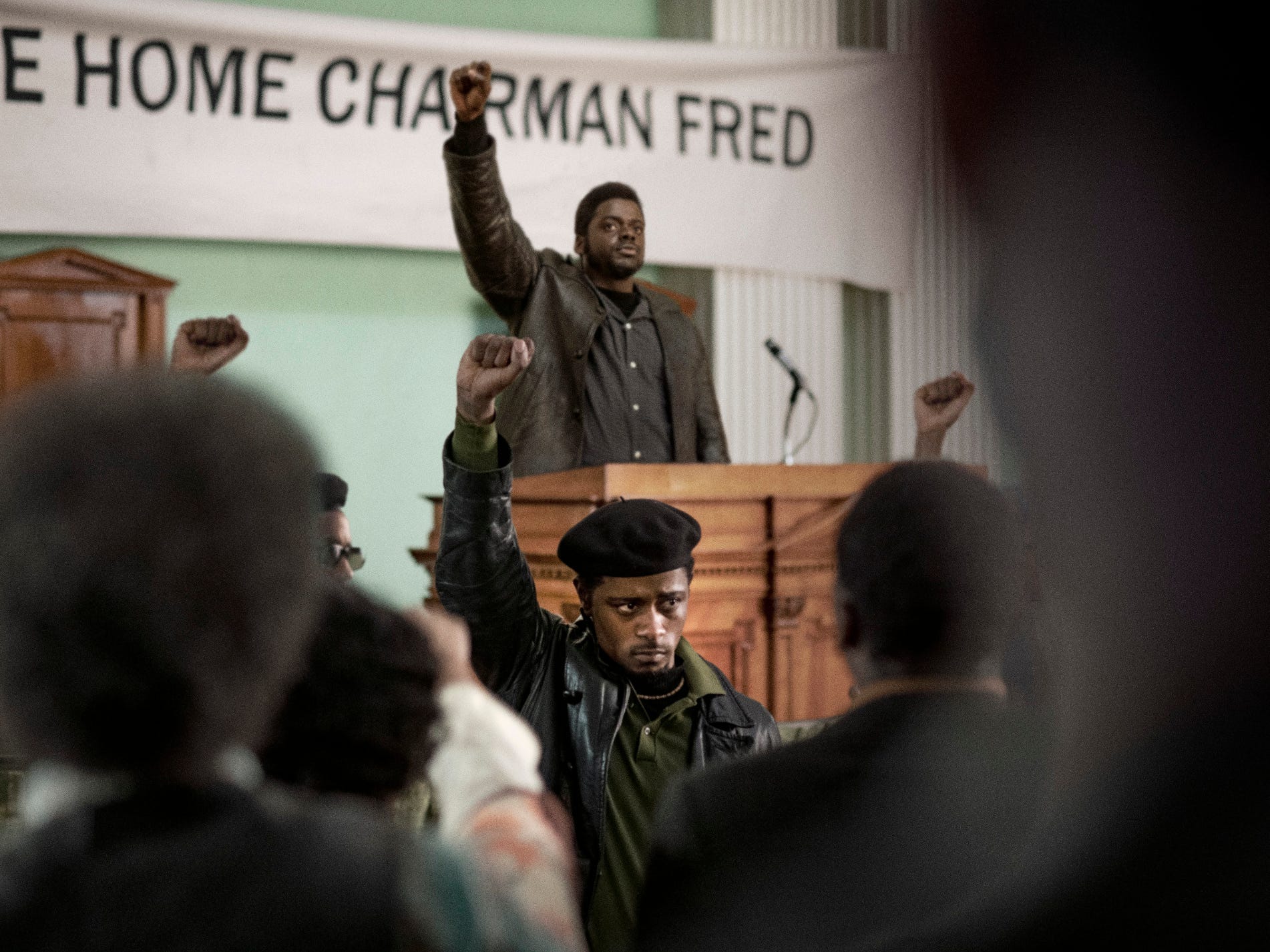 Warner Bros.Daniel Kaluuya (top) and LaKeith Stanfield in the church speech scene in ‘Judas and the Black Messiah.’

Long before Daniel Kaluuya was getting Oscar buzz and a Golden Globes nomination for his portrayal of Black Panther Party chairman Fred Hampton he was earning the respect of his fellow actors on the set of “Judas and the Black Messiah.“

Jesse Plemons, who plays Roy Mitchell, the FBI agent who recruits car thief William O’Neal (LaKeith Stanfield) to infiltrate the Panther Party and become an informant, recalls being in awe of witnessing Kaluuya’s performance in the scene where Hampton delivers a stirring speech in the movie.

“Just taking in what Daniel was doing and channeling something out of himself, that was the strangest day for me,” Plemons told Insider. “Just being so blown away as myself and then having to experience it as Mitchell when shooting.”

The scene has been a major fixture in the marketing of the movie and is definitely one of the most powerful. Hampton delivers a rousing speech at a Chicago church after being released from prison. The speech is highlighted by the crowd yelling with him “I am a revolutionary.”

Also featured in the scene is O’Neal noticing that Mitchell is in the crowd, a chilling moment that highlights just how fearful the government was of Hampton and the words he said.

Plemons noted that the clapping and cheering Mitchell does in the scene came from a suggestion he made to director Shaka King.

“It wasn’t written that I was clapping along and chanting,” Plemons said. “But I went to Shaka, ‘Maybe he’s not the best undercover agent, but he has to try to blend in a little bit.'”

“Judas and the Black Messiah” is available on HBO Max and in theatres now.