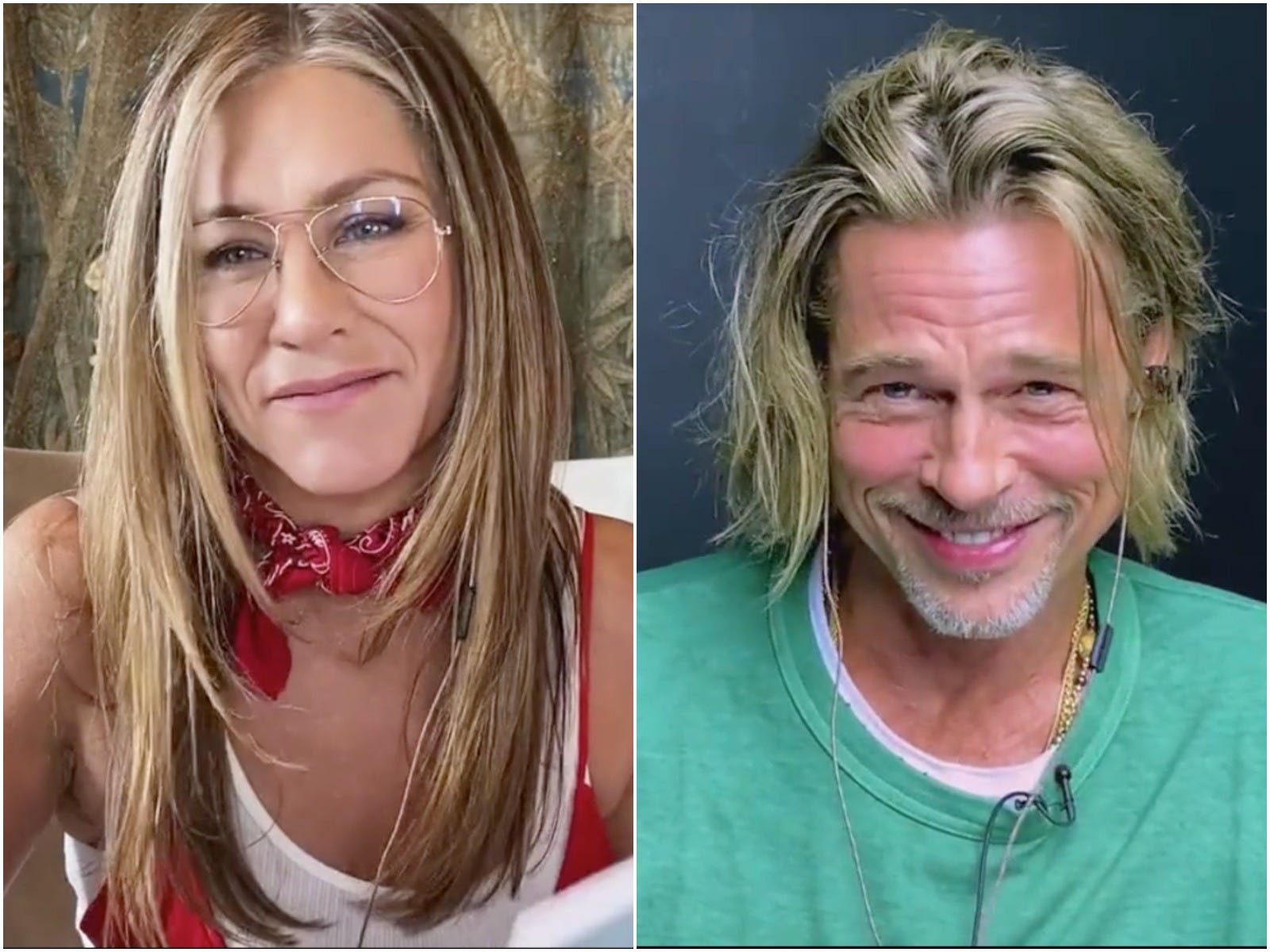 Jennifer Aniston and Brad Pitt had a flirty reunion during a table read for “Fast Times at Ridgemont High.”

Aniston and Pitt joined a smattering of A-listers during the virtual charity event, including Julia Roberts, Sean Penn, Matthew McConaughey, Morgan Freeman, and John Legend. The A-listers were reading the script of the cult-classic 1982 movie “Fast Times at Ridgemont High,” which follows a group of sophomores and their slightly older pals in a coming-of-age comedy.

Penn starred in the original movie as Jeff Spicoli, though he played a different character this time. 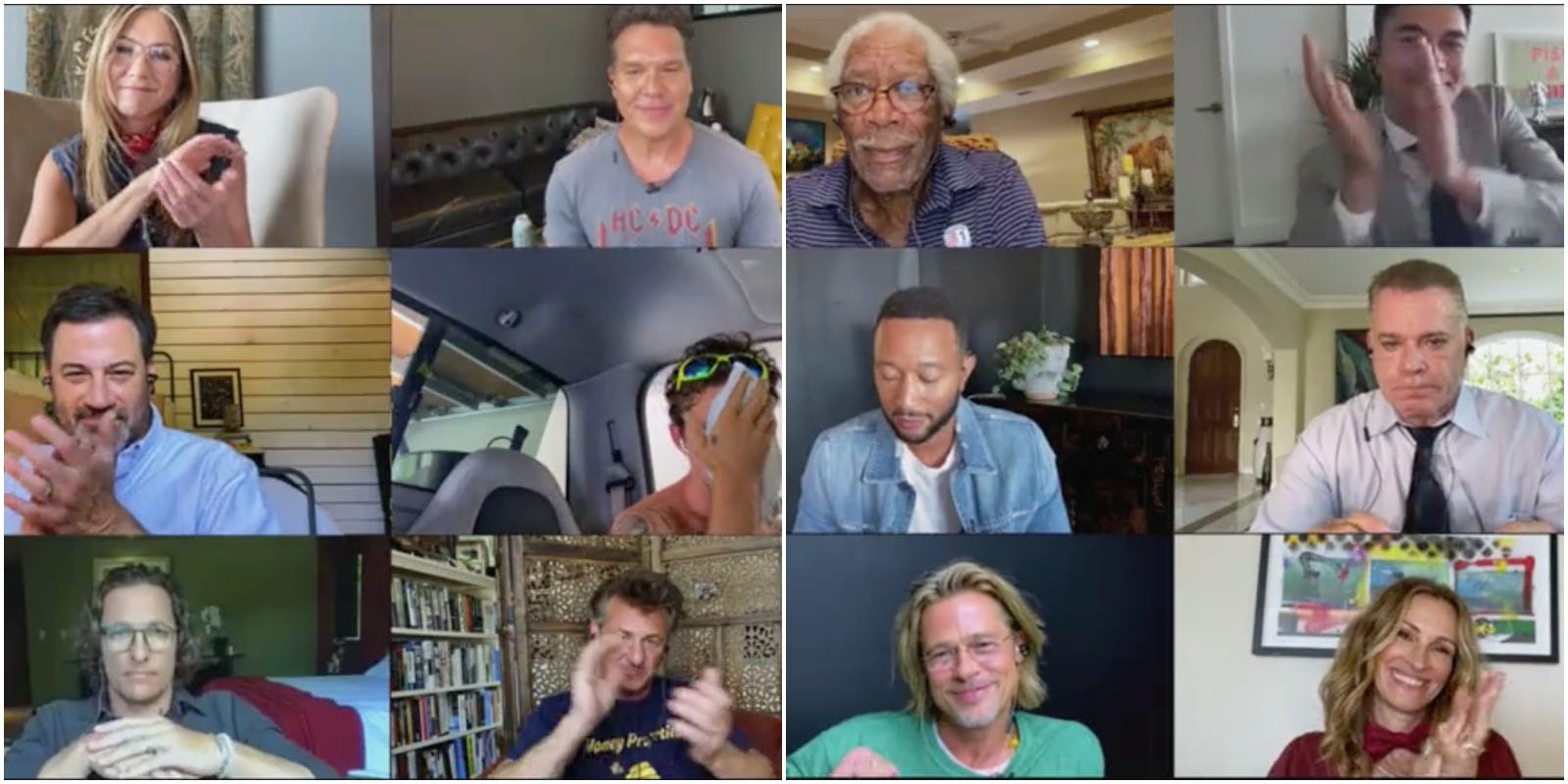 Aniston and Pitt took on the roles of Linda and, um, Brad, respectively â€” two characters who are drawn to each other and star in one of the movie’s steamiest scenes. 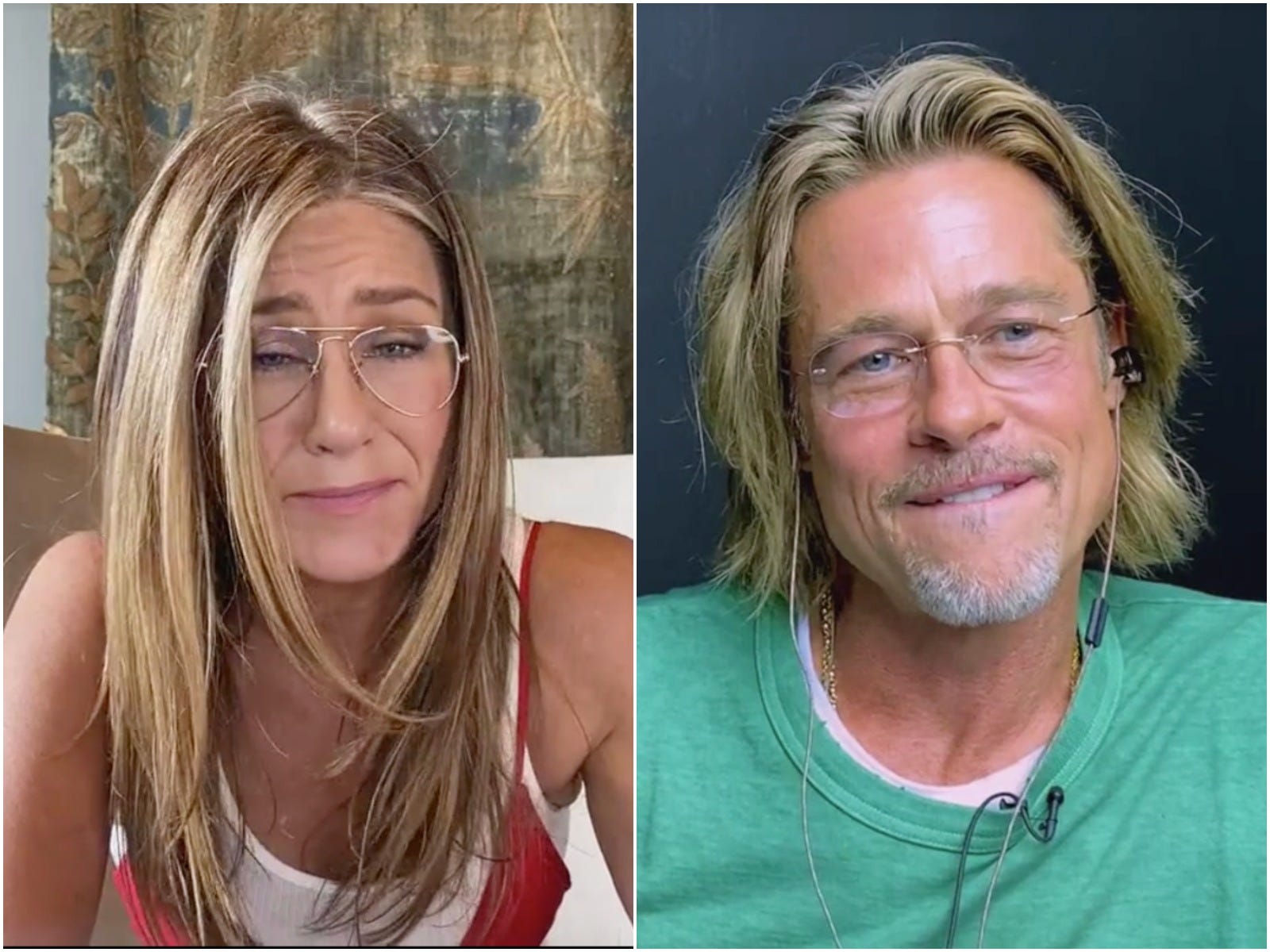 Core/FacebookAniston and Pitt played characters involved in a steamy scene.

“Hi Brad, you know how cute I always thought you were?” Aniston’s Linda says to Brad. “I think you’re so sexy, will you come to me?”

The rest of their virtual read-through castmates clearly enjoyed the situation: 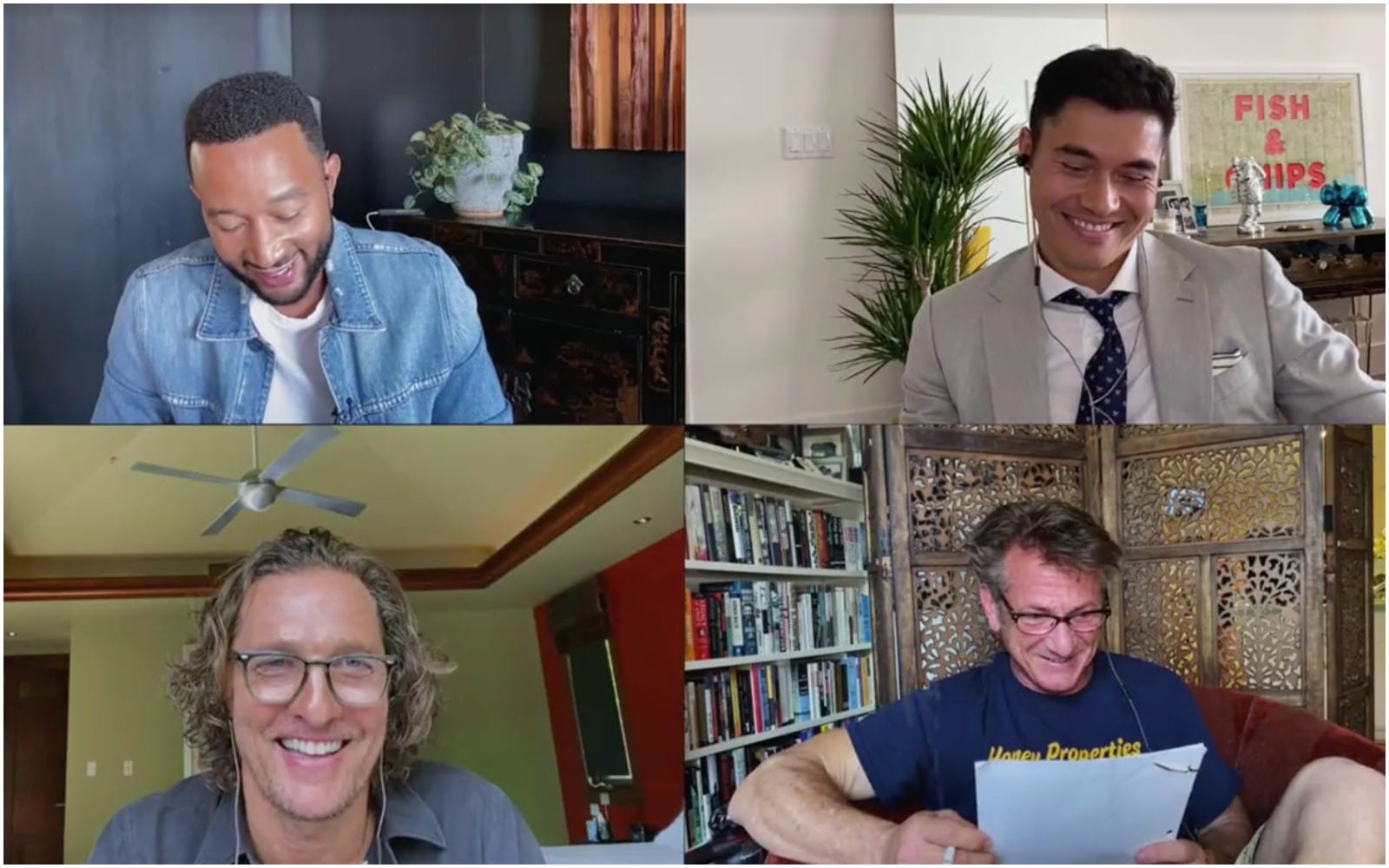 Nobody, however, seemed to enjoy the sight of Aniston and Pitt flirting more than the Oscar winner Julia Roberts, who starred with Pitt in the “Ocean’s Eleven” series, and the TV host Jimmy Kimmel. 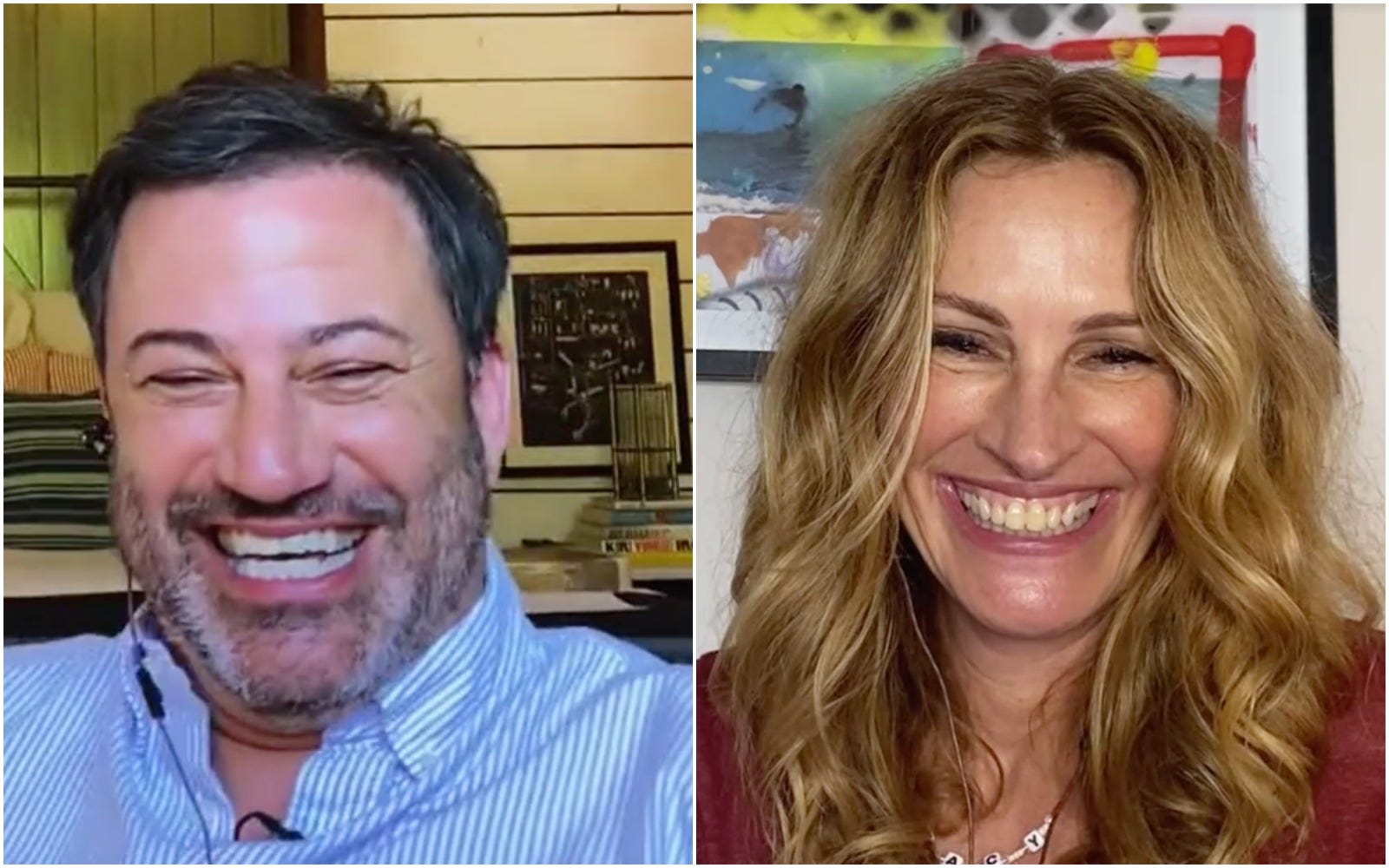 Core/FacebookRoberts, seen with Kimmel, has acted alongside both Pitt and Aniston.

Aniston and Pitt married in 2000 after two years of dating but divorced in 2005 as Pitt began a relationship with his “Mr. & Mrs. Smith” costar Angelina Jolie. But with Pitt and Jolie now separated, fans have been speculating whether he and Aniston might one day get back together. It came to a head at the Screen Actors Guild Awards earlier this year when both Aniston and Pitt won awards and were spotted sharing a moment backstage.

Fans online were happy to see the former couple together again in this table read for “Fast Times at Ridgemont High,” which was a charity event for the criminal-justice-reform charity Reform Alliance and CORE â€” a relief fund for efforts against COVID-19 organised by the community.

Watching Jennifer Aniston and Brad Pitt read that scene will be with me for the rest of my life #FastTimesLive pic.twitter.com/nUuzmkMxUo

Watch the full table read below: