A Texas real-estate agent who flew on a private jet to join the Capitol riot has asked Trump for a pardon, saying she was only following his orders 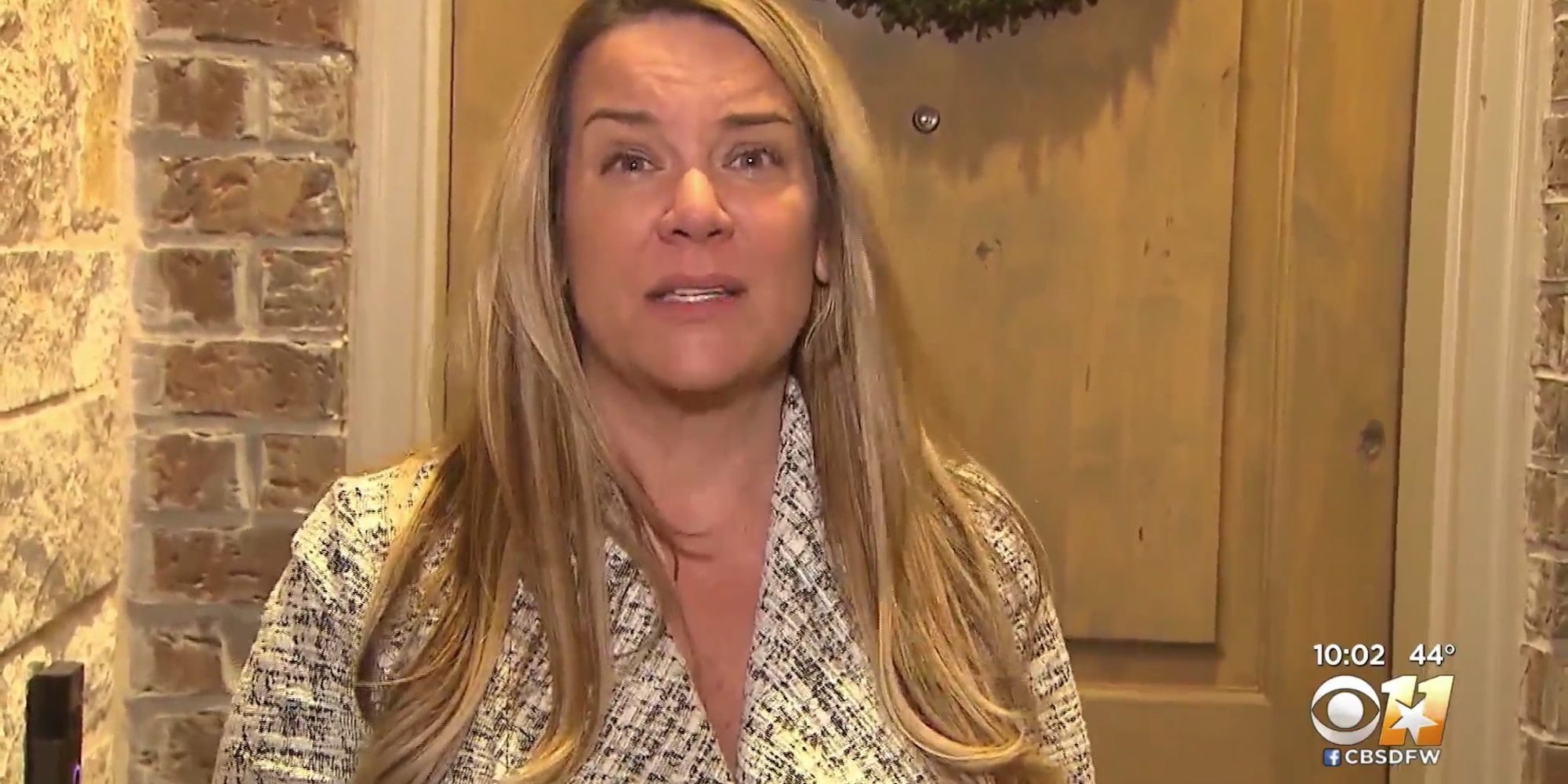 CBS 11Jenna Ryan speaking with local news after returning to Texas from the Capitol riot.

A Texas real-estate agent who flew in a private jet to take part in what became a riot at the US Capitol says she’s facing prison time and hopes President Donald Trump grants her a pardon.

On January 5, Jenna Ryan posted photos on social media showing her and friends taking a private jet to Washington, DC, to take part in the Trump march a day later. She then proceeded to post multiple pictures and videos as the rally turned into a riot.

The FBI subsequently arrested her on charges of knowingly entering or remaining in any restricted building or grounds without lawful authority and disorderly conduct on Capitol grounds.

Ryan spoke with CBS 11 after returning to Texas on Friday, saying she didn’t take part in any violence and was just acting on the orders of the president.

“I just want people to know I’m a normal person,” Ryan said. “That I listen to my president who told me to go to the Capitol. That I was displaying my patriotism while I was there and I was just protesting and I wasn’t trying to do anything violent and I didn’t realise there was actually violence.” United States District Court for the District of ColumbiaThe FBI included this now-deleted Twitter post of Ryan in front of a smashed window at the Capitol as part of the criminal complaint against her.

The FBI’s criminal complaint against Ryan, however, says she was recorded egging on rioters in several videos and social-media posts.

“Of particular note is an image Ryan posted of herself to her Twitter account, which depicts Ryan in front of a broken window at the US Capitol building, with the caption ‘Window at The capital [sic]. And if the news doesn’t stop lying about us we’re going to come after their studios next,'” the criminal complaint said.

The complaint said the FBI also viewed a Facebook Live video recorded by Ryan, which was later deleted, in which she could be seen trying to walk into the Capitol and saying: “We are going to f—ing go in here. Life or death, it doesn’t matter. Here we go.”

The FBI said it also captured Ryan on surveillance video entering the Capitol.

‘I think we all deserve a pardon’

Facing time behind bars, Ryan said she felt she deserved a presidential pardon.

“I think we all deserve a pardon. I’m facing a prison sentence. I think I do not deserve that, and from what I understand every person is going to be arrested that was there,” she told CBS 11.

“So I think everyone deserves a pardon, so I would ask the president of the United States to give me a pardon.” 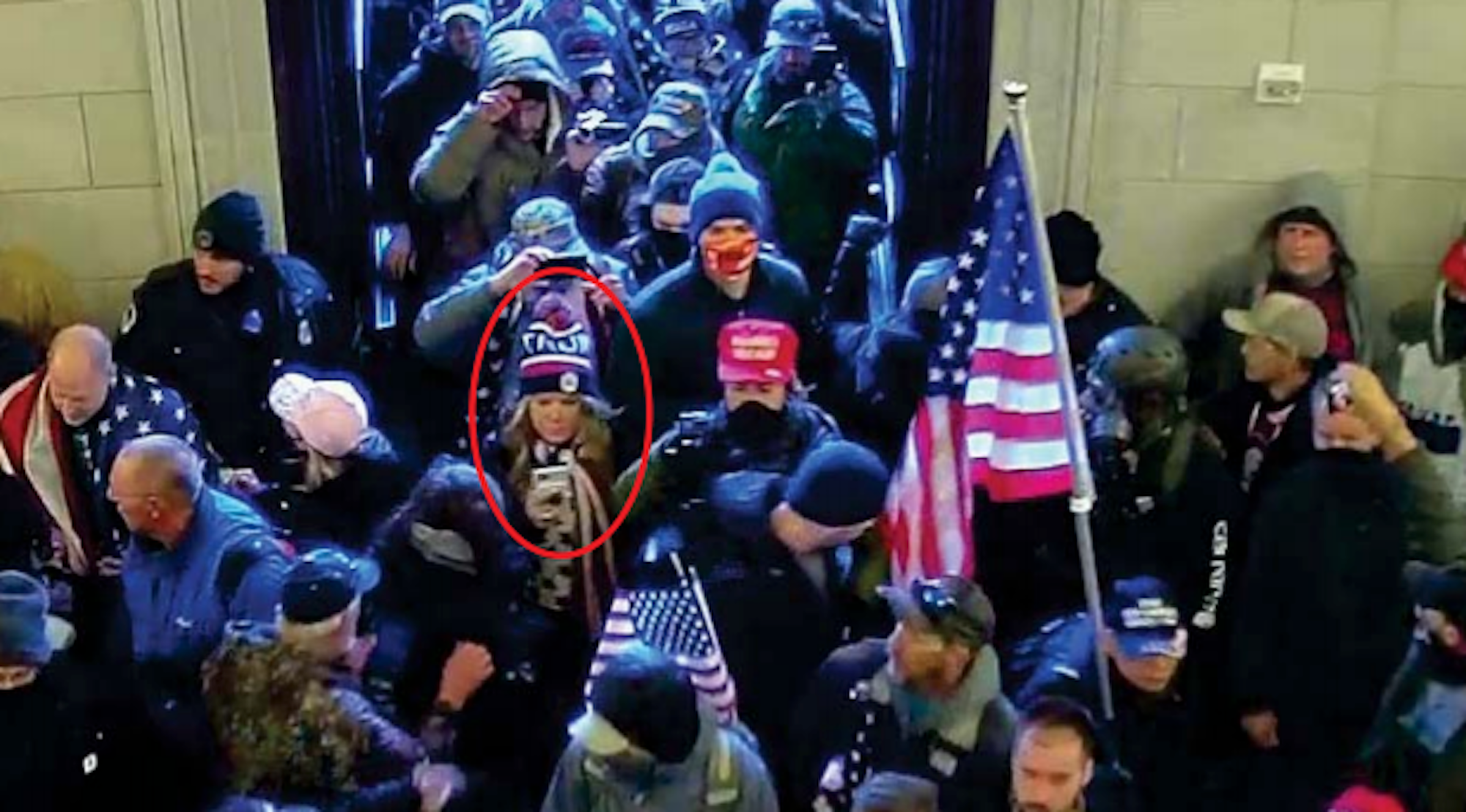 United States District Court for the District of ColumbiaA woman who appears to be Ryan is circled in surveillance footage from the Capitol breach.

The House impeached Trump for a historic second time last week for his role inciting the violence at the Capitol.

His January 6 rally near the White House was announced ahead of time and attended by people from around the country. At the rally, he urged people to head to the Capitol to protest Congress’ certification of President-elect Joe Biden’s victory. The protest quickly turned into an angry mob.

It now falls to the Senate to decide whether to convict him, and Senate Majority Leader Mitch McConnell is telling GOP senators that their decision will be a “vote of conscience.”


Read more:
Trump is becoming an ‘untouchable client.’ Here’s how law firms are turning on the president, from calling for his removal to dumping his business.

Ryan is one of a handful of people who have told law-enforcement agencies they were merely following the president’s orders when storming the Capitol, even as Trump’s Republican allies seek to blame other people for it.

Legal experts have said these statements by the president’s supporters open him up to the possibility of criminal charges.

CNN and The Washington Post reported this week that Trump planned to issue as many as 100 pardons and commutations on his final day in office. While the list of names has not been released, Trump allies believe the pardons will go to people the president thinks might help him in the future.

Read the full criminal complaint against Ryan below: