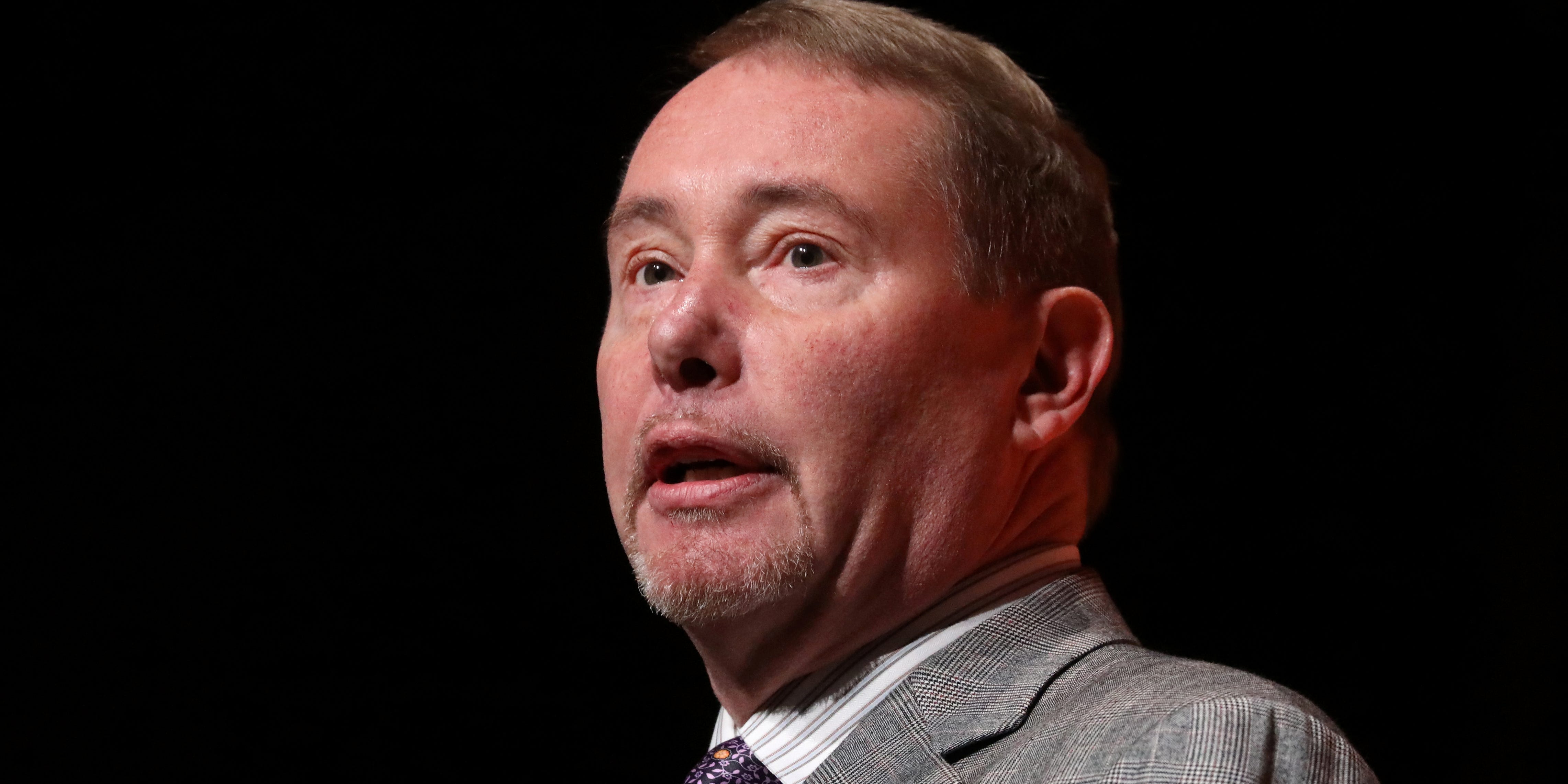 Reuters
“Bond King” Jeff Gundlach said in a recent tweet that he’s less bullish on gold and called bitcoin “The Stimulus Asset,” a reference to the cryptocurrency’s rally amid a flood of cash pumped into the financial system from pandemic aid.

“I am a long term dollar bear and gold bull but have been neutral on both for over six months. Lots of liquid poured into a funnel creates a torrent. Bitcoin maybe The Stimulus Asset. Doesn’t look like gold is,” Gundlach tweeted.

The DoubleLine Capital LP chief has praised bitcoin in recent months for having a “terrific supply and demand dynamic,” but also has been critical of its rapidly accelerating price. On January 11, he told CNBC he went neutral on bitcoin after it passed $US23,000 ($29,536).

Bitcoin’s price has more than doubled since his January comments and passed the $US52,000 ($66,777) mark for the first time ever on Wednesday. The cryptocurrency has gained roughly 80% in 2021. During that same time frame, gold has slumped 6%.

Gundlach’s comments are another sign that more investors are beginning to view bitcoin as a legitimate store of value and hedge against inflation. Historically gold has been investors’ go-to inflation hedge, but crypto enthusiasts argue bitcoin’s finite supply makes currency a stronger hedge than gold.