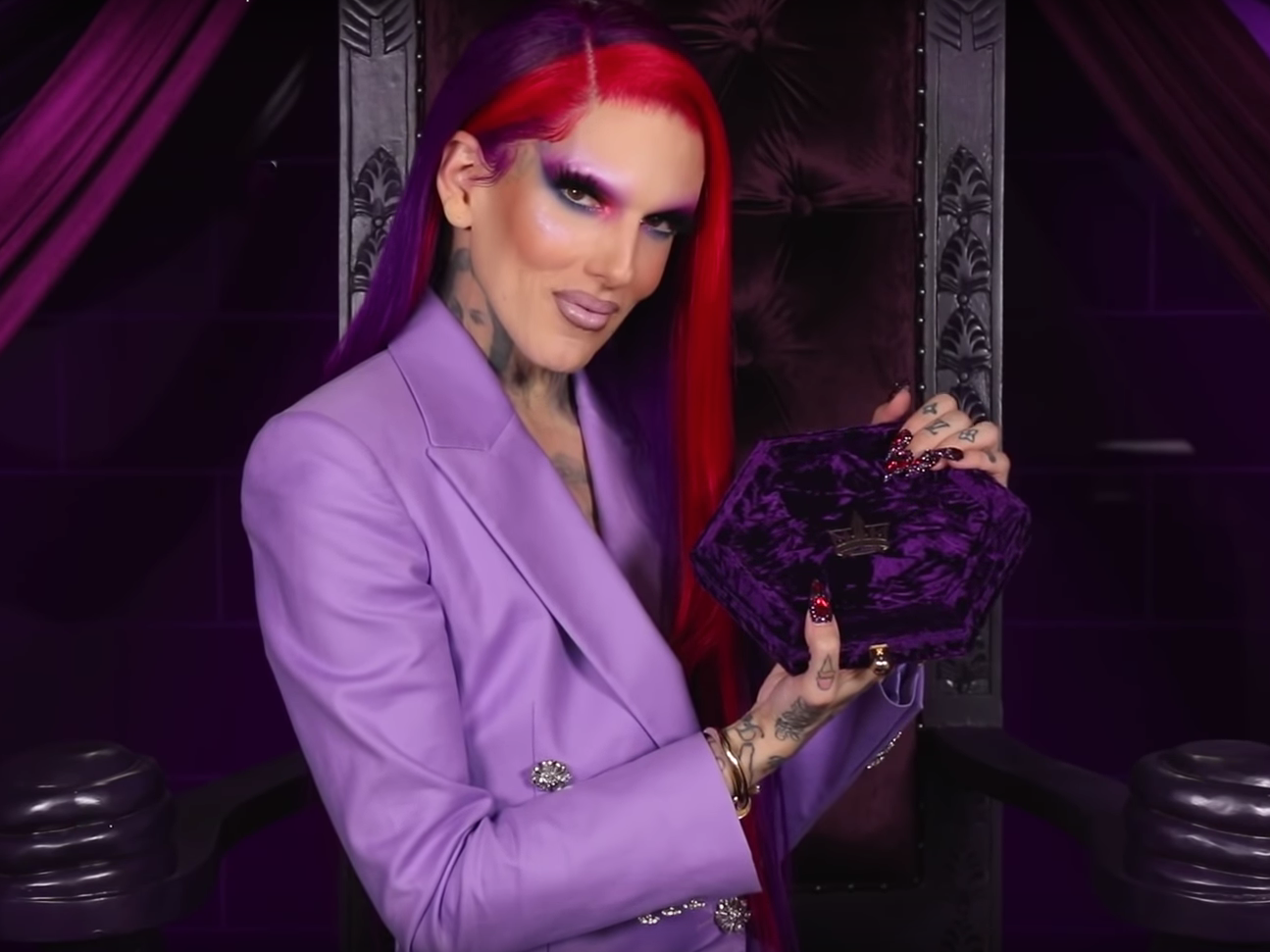 Jeffree Star has seemingly found a solution to one of the beauty industry’s most frustrating problems: eye-shadow palettes that break in the mail.

The YouTuber unveiled his Blood Lust makeup collection in a YouTube video on Tuesday, and provided both swatches and information about the products.

Star also detailed a new packaging design that his company is utilising to help prevent eye-shadow palettes from breaking into pieces during the shipping process.

Before showing the actual Blood Lust eye-shadow palette in his new YouTube video, Star explained how the product is packaged in numerous boxes to ensure it arrives to customers in one piece.

“You guys know I am the most honest person, and I wanna have full transparency,” Star said in his video. “When shipping eye-shadow palettes, sometimes – what happens, y’all? They break. It happens with anyone that ships any palette on the planet.”

“So when creating this, I said I didn’t want to create a square unit carton,” he said. “I wanted to create a buffer, and almost like a bumper, so even if there’s no bubble wrap, even if there’s 20 million bubble wraps around this, I wanted to make sure that you had a palette that when you opened it, whether you throw the box away or you keep it, your shadows were intact.” 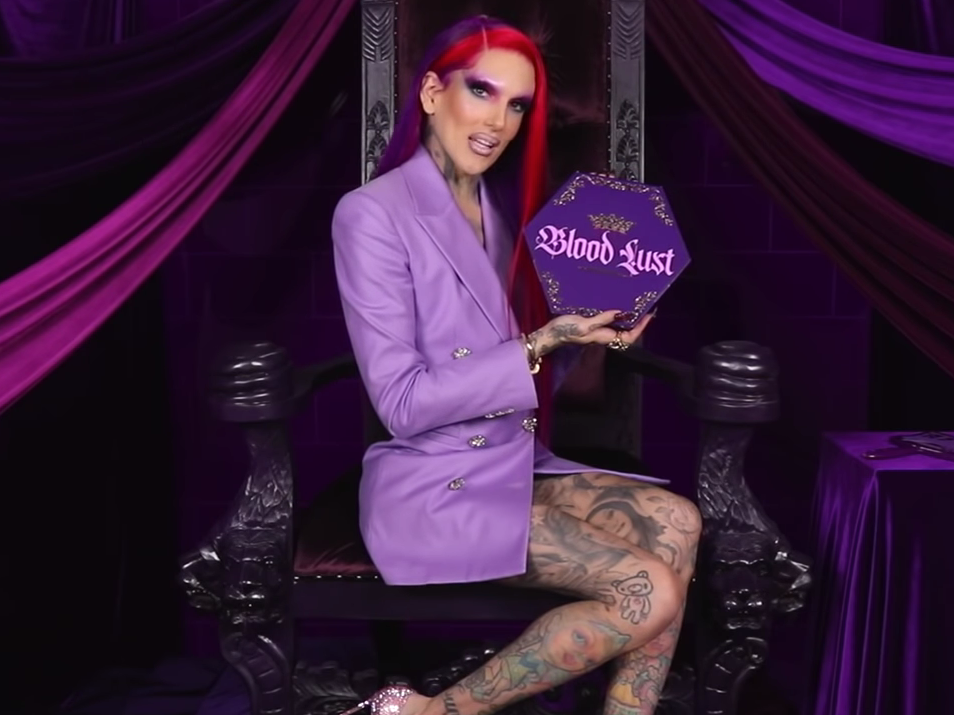 He went on to explain that inside the exterior unit carton, which is purple and embossed with the Blood Lust logo, customers will find their palette protected by another layer of cardboard.

“There is this bumper around it where if you get it, it may have a little bit of creasing in here, but this is a protector,” Star said. “Once you get your palette b—-, you can throw it out, you can keep it if you want, but it is gonna make sure that your palette stays flawless.” 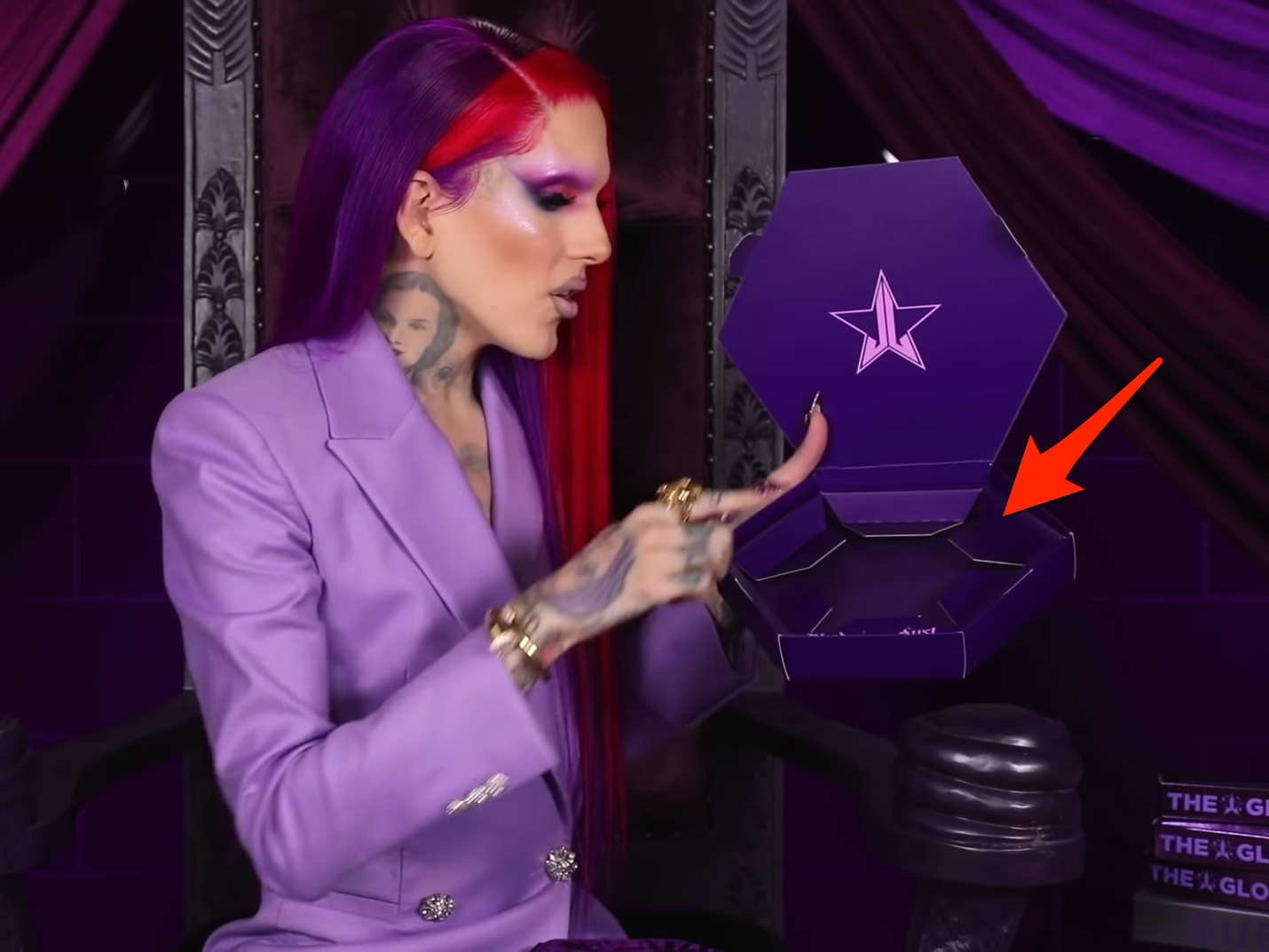 @beautybay I waited 2+ weeks to get my Conspiracy palette and it arrived in a crushed box w/ broken shadow & the only protective wrapping was this thin piece of paper ☹️ Super diddapointed and wishing I could have ordered directly from Jeffree’s website. @shanedawson @JeffreeStar pic.twitter.com/BhwZ9SwqNt

The absolute devastation when you open your parcel from beauty bay and it's broken ???????????????? pic.twitter.com/C5HYKqZeBJ

@JeffreeStar @shanedawson @beautybay
I got it today… As I feared it was broken.
Jeffree and Shane yall did so amazing, I do love the colors and packaging so much.
Beauty bay just shame on you. This is my birthday present and its broken up cause you couldn't package right. pic.twitter.com/fVeeZXaNtP

Though Star never addressed the complaints, he did respond to one Twitter user, promising to send them a new palette. He also confirmed that fibres were found in “35 palettes out of 1.1 million sold,” but that customers could get a refund and new product by reaching out to the brand.

I know I’d for sure have to scrape off the top layer because sleep paralysis is really in there at this point and not all of it can just be “blown off” especially with how detailed the stamp designs.

I’m so sorry how this situation was handled, that does not reflect our company’s personal policies. We are handling this internally but in the meantime, please direct message me so I can send you a new palette right now myself.

Though influencers like Star and Jaclyn Hill often take the heat when their cosmetic brands make mistakes, broken makeup palettes are actually common throughout the beauty industry.

Searches for “broken palette” and “broken eye shadow” on Twitter, for example, reveal how often customers reach out to brands with similar complaints.

@OfficialPLT_CS morphe palette just arrived from u this morning and the black is totally crumbled and broken everywhere ???? pic.twitter.com/OlLE0eDZBr

Just received a @tartecosmetics eye shadow palette and the shadows are broken. I am honestly so upset ???? pic.twitter.com/y20Sy3XCfa

Representatives for Jeffree Star and Jeffree Star Cosmetics did not immediately respond to Insider’s requests for comment.