Jeffree Star addressed the Tati Westbrook 'situation,' James Charles, and the drama about him and Shane Dawson in a new video 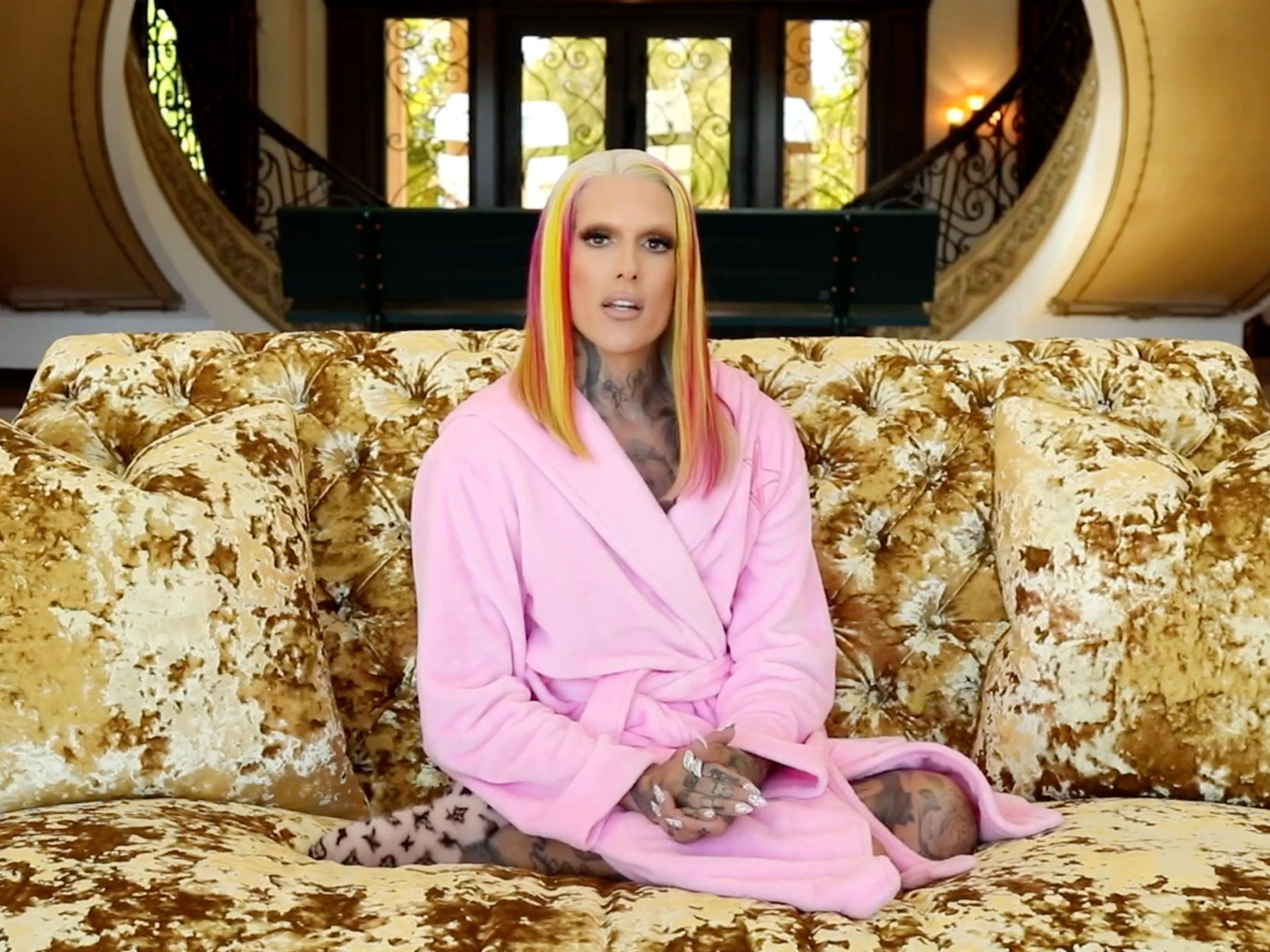 Screenshot YouTube/jeffreestarJeffree Star formally apologised to James Charles and reaffirmed his friendship with Shane Dawson in his new video.

Beauty mogul Jeffree Star resurfaced on YouTube on Saturday after weeks of silence following explosive accusations made by Tati Westbrook in a video that dredged up drama between beauty YouTubers Star, Westbrook, James Charles, and Shane Dawson.

In the 10-minute video, Star didn’t mention Westbrook by name, but he apologised to James Charles and said he remains close with Dawson, who has yet to return to the internet after being scrutinised for old, offensive videos that contain racist content and inappropriate jokes and interactions with minors.

Star also said that, while he didn’t plan on engaging further with claims made about him by Westbrook and other YouTubers, his lawyers were considering options. Star said he’s never blackmailed anyone and that he’s never been to jail. But Star didn’t address specific claims, such as questions about why Star himself said in April 2020 that he has a recording of “an alleged victim of James Charles” on his phone.

Star opened his video by saying he had been uncharacteristically silent because he had spent time doing self-reflection and considering his own actions preceding the ongoing drama. He reaffirmed his apology video, “Never Doing This Again,” which Star posted in May 2019 following the events of “Dramageddon 2.0.”

The feud between Westbrook, Charles, and Star took a turn with Westbrook’s recent exposé about Star and Dawson

“Dramageddon 2.0,” the 2019 feud between Charles, Westbrook, and Star, was also the main subject of Westbrook’s recent video “Breaking my silence.” Westbrook accused Star and Dawson of having “manipulated” her into making her initial “Bye Sister” video that instigated the feud. After Charles marketed a competing hair vitamin gummy brand to Westbrook’s Halo Beauty, Westbrook made an explosive video accusing Charles of disloyalty and inappropriate behaviour.

Specifically, Westbrook accused Charles in the 2019 “Bye Sister” video of using his money and online fame to try and sexually prey on straight boys. Star then followed up Westbrook’s video with tweets accusing Charles of being a “predator” and a “danger to society.” Charles lost millions of YouTube subscribers and later said the accusations pushed him to contemplate suicide.

When Charles uploaded “No More Lies,” he denied the accusations of predatory behaviour and released texts from Star that showed Star threatening to expose Charles’ accusers. Charles denied the accusations of molestation and predatory behaviour in Star’s texts, and in “Never Doing This Again,” Star said he would not be backing up the texts with any evidence or additional claims. At the time, Star also said he should have handled the situation privately.

But in April 2020, Star appeared on the “Mum’s Basement” podcast and claimed to have a “recording” of “an alleged victim of James Charles” on his phone. He offered to play the recording off-air for the podcast hosts so they could decide whether the recording justified Star’s May 2019 tweets about Charles.

That podcast episode, along with exposé videos made by other YouTubers that included Westbook, former friends of Star, and drama channels that had private conversations with Star during “Dramageddon 2.0,” propelled the drama that is currently enveloping Star and Dawson. Old, offensive videos Dawson made caused him to lose monetisation on his YouTube channels and disappear from the internet.

Star lost his commercial partnership with Morphe, the cosmetics company that carried his products in brick and mortar stores. He also remained silent for weeks as the speculation about him and Dawson peaked. Now, in his latest video, Star says he’s trying to move onto a new “chapter” and will return with new videos soon.

In “Breaking my silence,” Westbrook predicted that Star would lash out and release secrets Westbrook says he has in his possession about other YouTubers. In “Doing What’s Right,” Star said he would not be exposing anyone or showing text messages that Star said “allegedly” exist.

“I will not be entertaining it. My lawyers are entertaining it behind the scenes, but I will not be,” Star said in the video. “I know this may sound shocking coming from my mouth, but when you accept that you are the problem, you can become the solution.”

Star said in the past he’d put himself in a “victim mentality” in dramatic situations he’s inserted himself into, which he now says have to do with him struggling with “impulse control.” Star said he “has moments” when he gets “fired up” and doesn’t consider how his actions will affect others.

Star said he hasn’t been on social media in weeks and has avoided reading or clicking on things about “the drama.” Multiple individuals have provided screenshots to Insider in the past two weeks appearing to show that Star’s account was actively blocking people on Twitter and Instagram during his period of inactivity.

“I didn’t try to take anyone down. I’m not a villain in a movie. This isn’t a Netflix series with a crazy storyline. I know it sounds like it, and trust me, I’m sure I’d watch it as well, but this is my real life,” Star said. “A lot of things that are happening and being said are false.”

Like in “Never Doing This Again,” Star reiterated that he should have called Charles personally and not made online accusations about his actions. He said he’d like to “personally apologise” to Charles for getting “caught up in the hype” in May 2019. Star implied that he believed things said “behind the scenes,” although he didn’t elaborate further.

In the video, Star also said he’d never blackmailed anyone, committed a crime, or been to jail before. Star, who has been accused of racist language and microaggressions as recently as February 2020, said in the video that not enough media attention has been paid to Breonna Taylor, Elijah McClain, and other victims of police brutality.

Star also said that he is still close friends with Dawson, who he called his “best friend” and said that he was “truly shocked” by rumours that he would distance himself from Dawson due to the recent drama. Rumours were aided by Dawson’s soon-to-be sister-in-law Morgan Adams unfollowing Star on social media.

The Jeffree Star Cosmetics CEO ended the video by saying that his makeup line is meant to be inclusive and that he will have a new makeup launch in August.