Jeffree Star announced he'd give away $30,000 to a fan during a weekend full of old and new drama 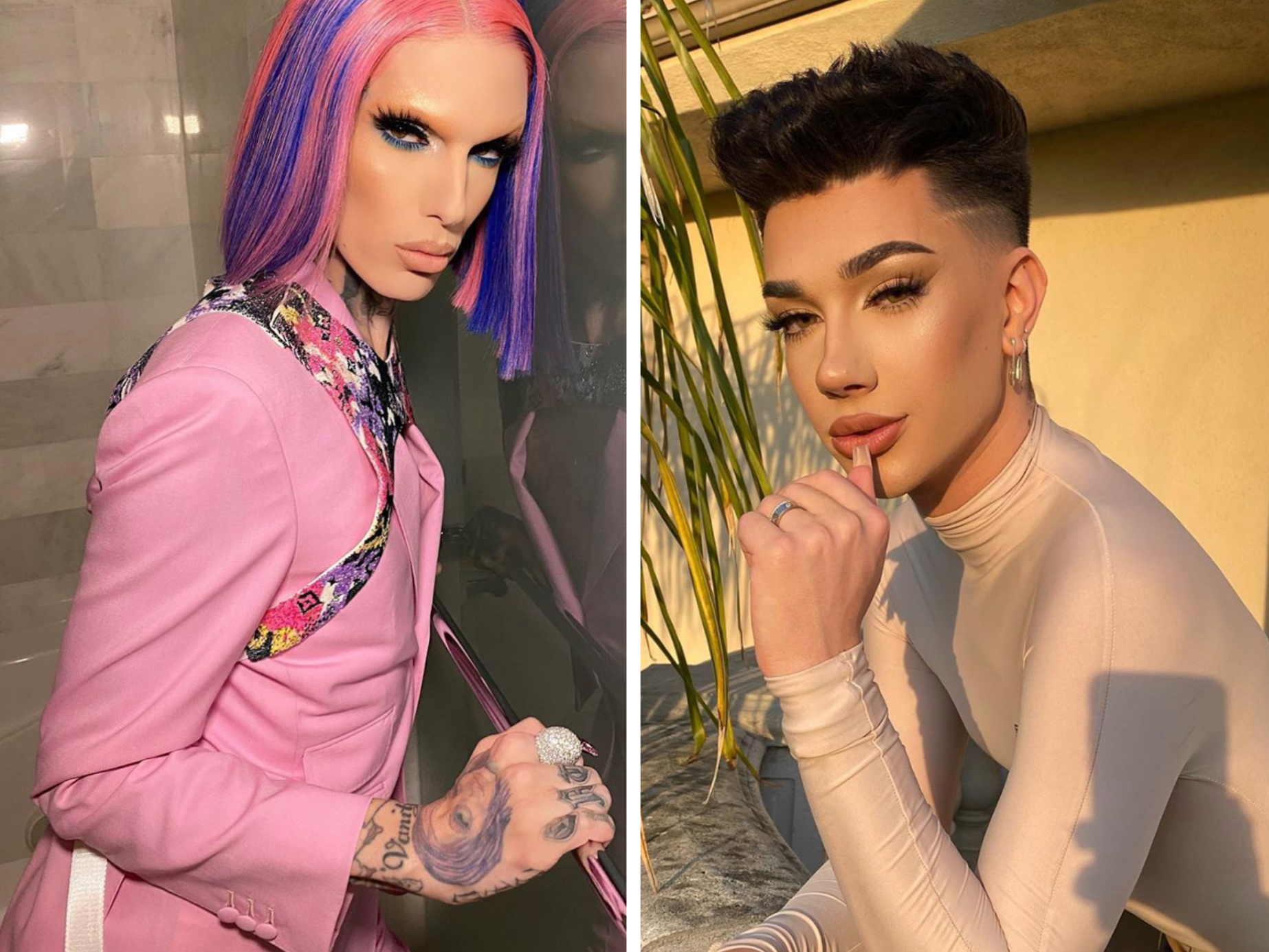 Screenshot Instagram/@jeffreestar, @jamescharlesJeffree Star tweeted that ‘James killed it per usual’ after the younger beauty YouTuber did a look on TikToker Charli D’Amelio.

Jeffree Star reached a new height of Twitter traction over the weekend through spontaneous donations, a $US30,000 giveaway, a James Charles shoutout tweet, and by unblocking and re-blocking at least one beauty commentator.

The Jeffree Star Cosmetics CEO tweeted that he wanted to help fans in need during the coronavirus pandemic, so he asked that anyone needing financial support tweet their Cash App handle with the hashtag #JeffreeStarApproved.

Hi @CashApp, I'd love it if you could verify my account so I can raise the daily limit of $ I can SEND. Just hit the limit after sending to 20 + people! Thank you so much! #JeffreeStarApproved

His initiative blasted off, with thousands of people tweeting the hashtag – which trended at no. 1 on Twitter on Saturday – along with their stories of losing their income due to the coronavirus quarantine. Star also tweeted at the app itself, which lets users transfer money to one another, asking to get verified so that he could send more money. The app complied, and Star says he sent the maximum daily amount possible for a verified user – $US7,500.

He also tweeted some screenshots to show how much he was sending each person, appearing to send payments of $US250 to random people who used the #JeffreeStarApproved hashtag.

On Sunday, Star announced a $US30,000 giveaway to one person, partnering with the self-identified “Twitter philanthropist” Bill Pulte, a 25-year-old billionaire whose grandfather founded one of the largest real estate and home construction companies. Pulte has repeatedly gone viral for giveaways and Cash App donations.

I’m going to give away $30,000 to 1 random person who retweets this tweet AND follows Twitter Philanthropist @Pulte and Me!! (If you don’t follow us, we can’t DM you the money) Will show proof! Much love

Star asked that users follow him and Pulte so that they could DM once a user was randomly selected from those who retweeted his tweet. The tweet is on track to get retweeted more than a million times.

Besides charitable giving, Star also engaged in some eyebrow-raising Twitter antics over the weekend

In between sending fans money via Cash App, Star quote-tweeted TikTok star Charli D’Amelio, who guest starred in a James Charles video and tweeted out the finished look the beauty YouTuber did on her.

“Umm you look SO gorgeous!!!” Star tweeted. “James killed it per usual.”

Star’s comment about Charles drew immediate attention from the beauty community, particularly the beauty drama community. It’s the first time Star has said anything about Charles since the explosive feud the two engaged in nearly a year ago, termed “Dramageddon 2.0,” after Charles started feuding with his former mentor Tati Westbrook.

In Charles’ “No More Lies” refutation video to Westbrook and Star, he accused Star of making up shocking molestation and sexual assault allegations about him. At first, Star told Snapchat viewers that he would provide “receipts” of Charles being a “predator” and a “danger to society,” but he then reversed his position.

“Because I said those things, that does not equal me hating James Charles,” Star said in his response video from May 2019. “He’s been in my life a few years now. Are we the best of friends? No. But we had a real connection, I loved and cared about him, and I definitely think I mishandled our friendship.”

Now, Star appears to be extending an olive branch to the 20-year-old YouTuber. D’Amelio replied “thank you!!!” to Star’s tweet, and lots of other major YouTubers weighed in with support – but Charles didn’t like the tweet or reply.

Star also lashed out at a 15-year-old beauty guru who he had blocked previously, unblocked over the weekend, and then blocked again after a since-deleted Twitter exchange. Screenshots show Star called him “f—ing disgusting” and tweeted “you are obsessed but also really unstable” before quickly deleting the tweets.

The tweets were in response to “@OhMyGodExposeU” tweeting that Star was “really trying to fix his image” over the weekend, although the same account also tweeted “that’s actually super cool of him […] what he did was good period regardless of intention” about the Cash App payments.

Star has a history of attacking dissenters on Twitter, then quickly deleting his tweets. In addition to his Twitter activity this weekend, Star says he will “be doing this a lot during these dark and crazy times.”