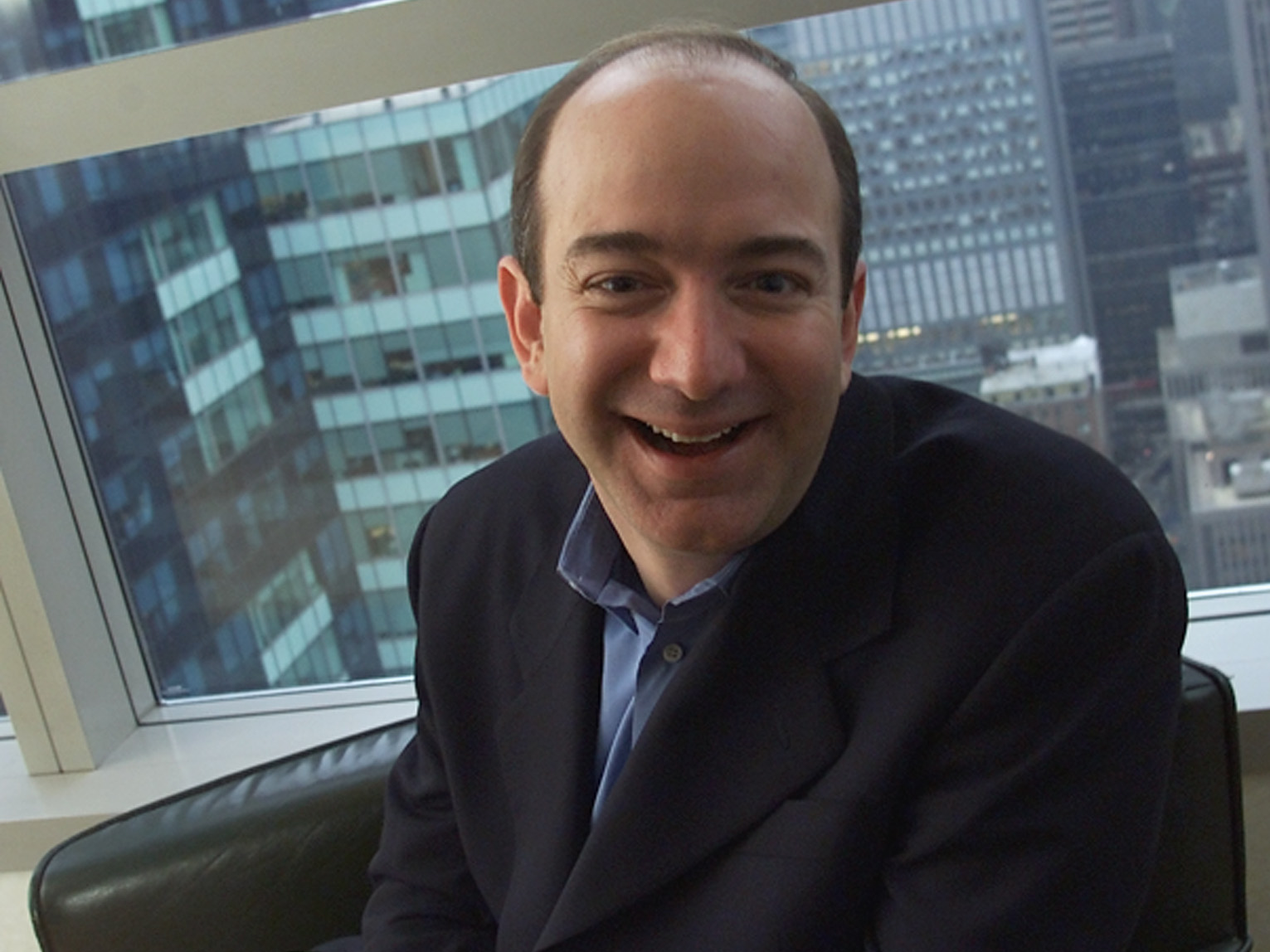 AP Photo/Beth A. Keiser‘We want to try and build a place where people can come to find and discover anything that they might want to buy online,’ Jeff Bezos said in 1999.

In 1999, Amazon was a 5-year-old kindergartner startup navigating the early ecommerce market.

But that didn’t stop CEO Jeff Bezos from dreaming big. At the time, Amazon had just started to expand its offerings beyond books. But Bezos was already painting outlandish visions of his customer-first website becoming the one-stop marketplace for everything

Fast-forward to today, and Bezos is the richest man in the world,worth more than $US122 billion. Amazon now comprises nearly 40% of all ecommerce sales each year in the US.

Here are eight predictions Bezos made in 1999 that are right on the money:

“We want to try and build a place where people can come to find and discover anything that they might want to buy online.” 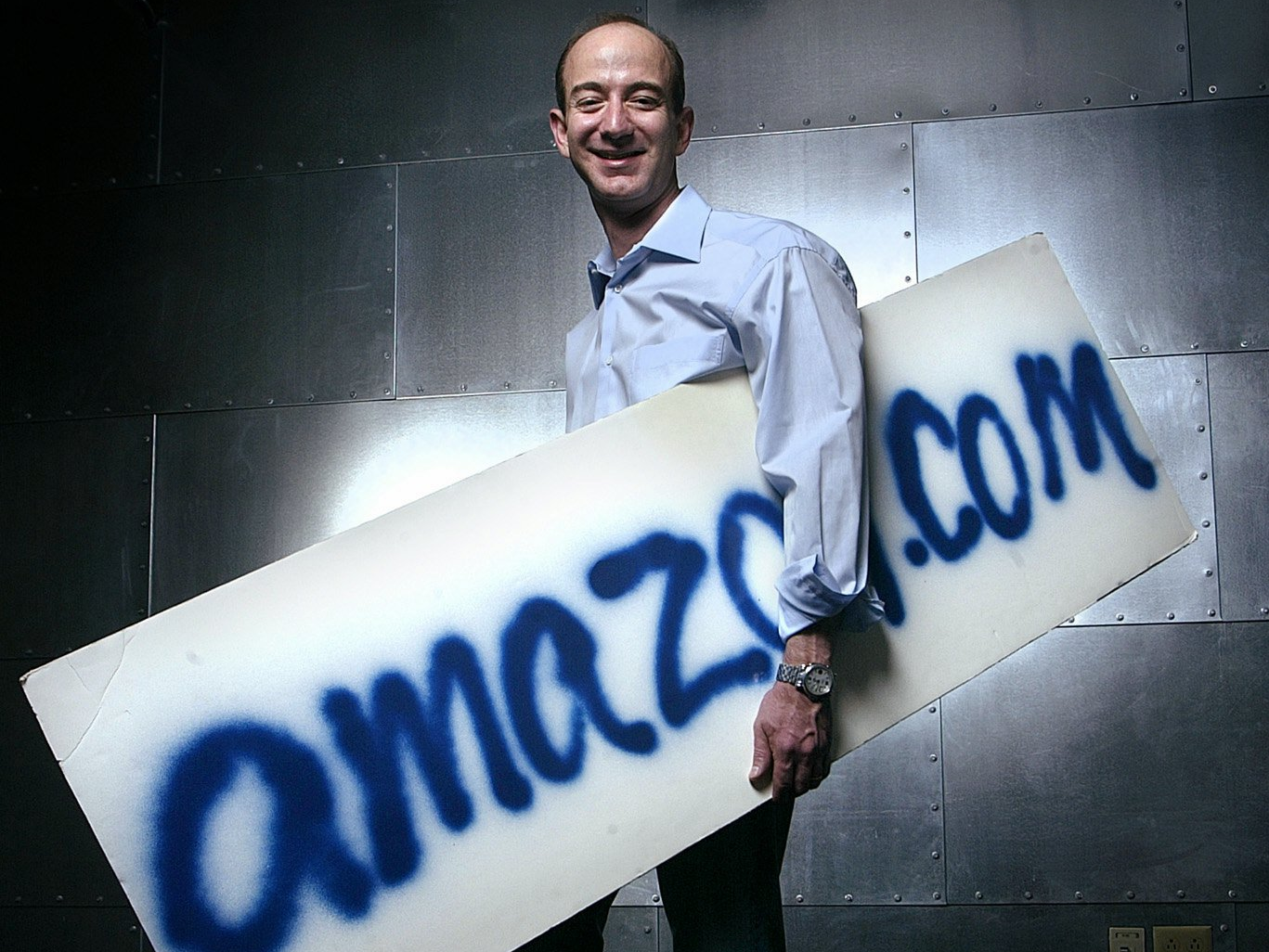 AP Photo/Andy RogersJeff Bezos with Amazon’s first sign, which was hastily spray-painted for a TV interview.

Bezos’ vision, as shared in a 1999 appearance on Charlie Rose’s talk show, has since become a reality. A 2018 poll conducted by NPR and Marist found that online shoppers were most likely to start on Amazon – even before going on a search engine like Google. Thousands of storefronts in malls across the US have been closing in a “retail apocalypse,” and a 2017 report from Credit Suisse estimated that 20% to 25% of malls would close in the next five years, indicating that there’s still more truth to what Bezos told Wired.

Bezos predicted that physical storefronts would survive only if they could provide at least one of two core features: entertainment value or immediate convenience. 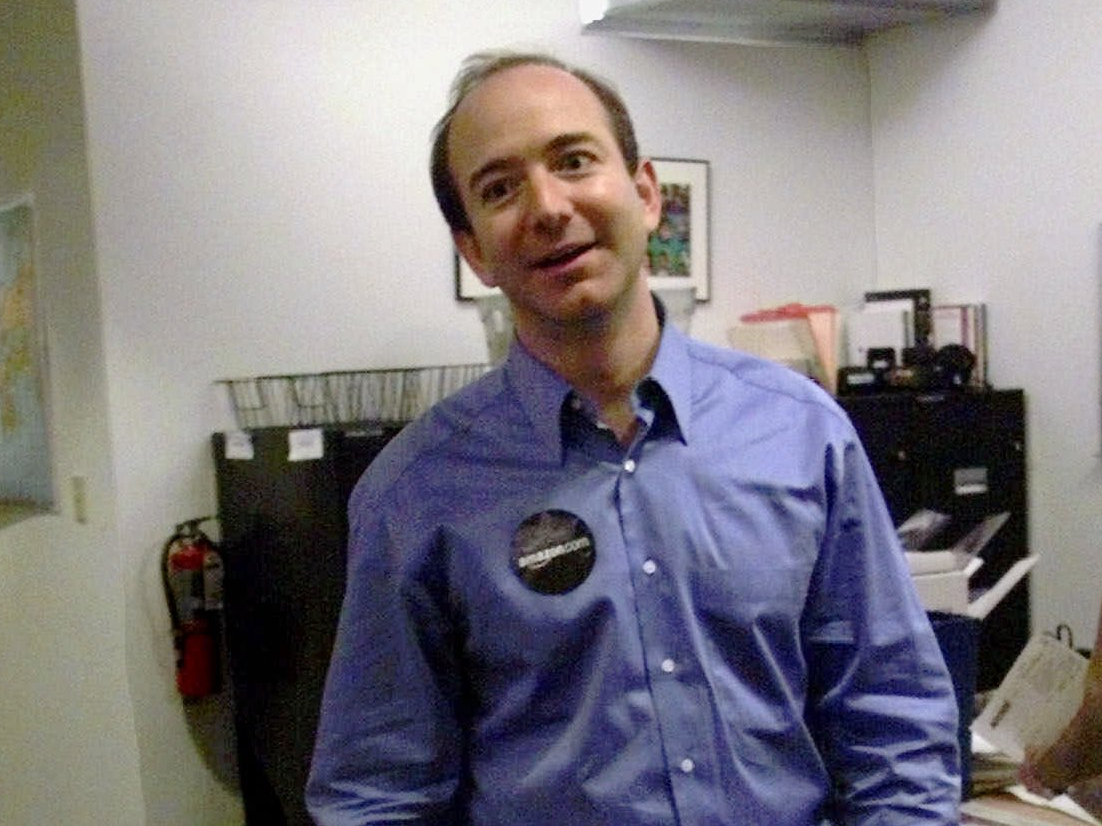 “That experience is what you get when you go to movie theatres, and why you don’t always rent movies, right?” he said.

Many malls and retailers have looked at these two paths to stay relevant, with some offering high-tech experiences to get customers into their brick-and-mortar locations. Meanwhile, Bezos wanted a piece of that immediate convenience for Amazon, spurring it to buy Whole Foods and experiment with other physical retail stores. It seems as if Bezos predicted the smart home in 1999 in his interview with Charlie Rose. Now, Amazon offers numerous Alexa-enabled smart-home devices, such as Echo speakers, plugs, clocks, microwaves, and home security systems.

In 1999, Amazon and Barnes & Noble were seen as direct competitors in the book-selling business. “I bet you a year from now they will not consider us direct competitors,” Bezos told Wired. “Clearly they do today, but we’re on different paths … We’re trying to invent the future of e-commerce, and they’re just defending their turf.” 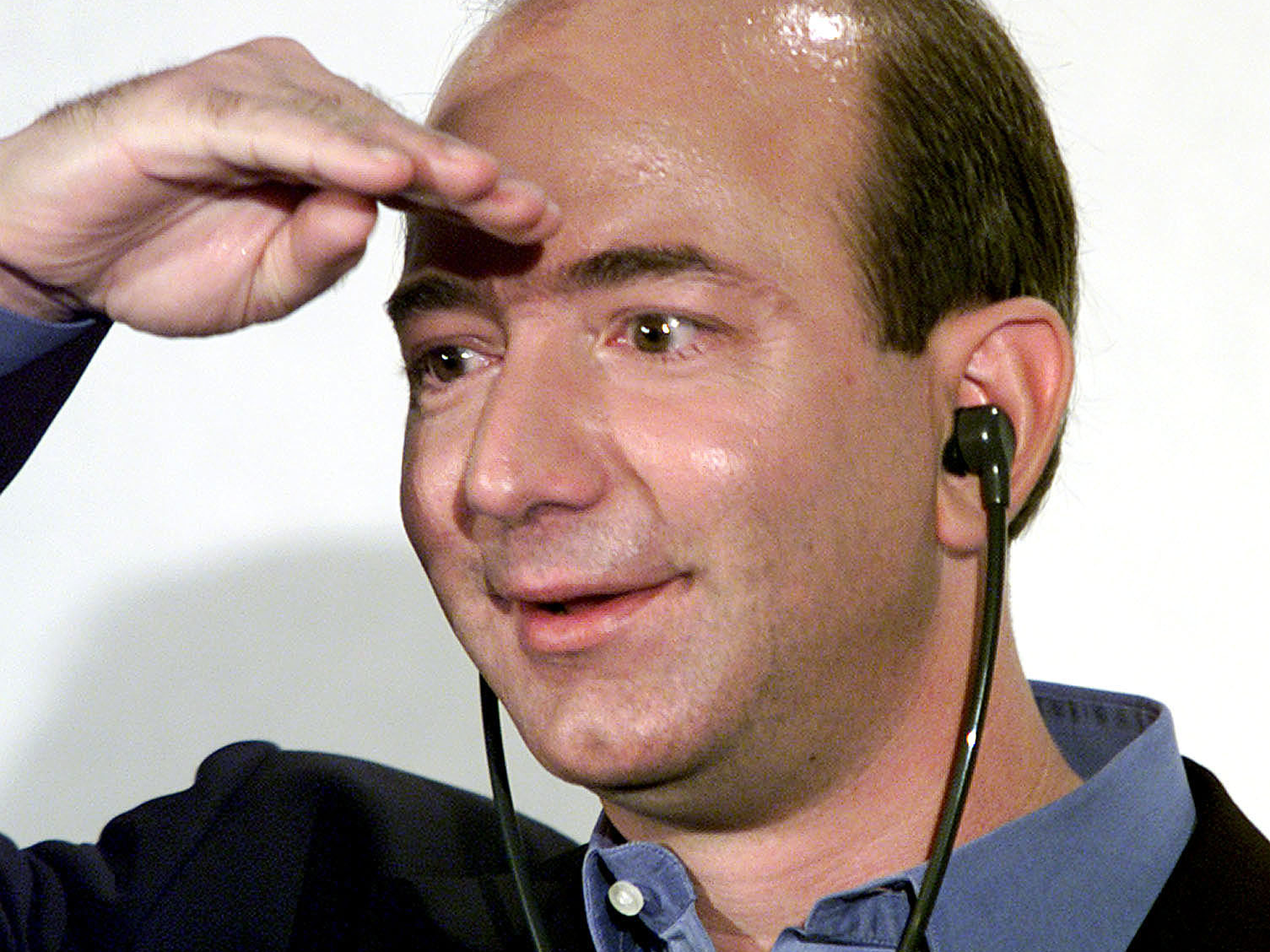 While Barnes & Noble has largely remained a bookstore, Amazon counts books as just one product in its ever-growing marketplace. Perhaps in the early days of e-readers the two brands were seen as direct competitors, but Amazon’s Kindle has greatly outpaced Barnes & Noble’s Nook.

“Advertising is also a very valid model on the ‘net. They’re going to be able to make their ads more meaningful to customers by better targeting your ads, something that’s hard to do in broadcast.” 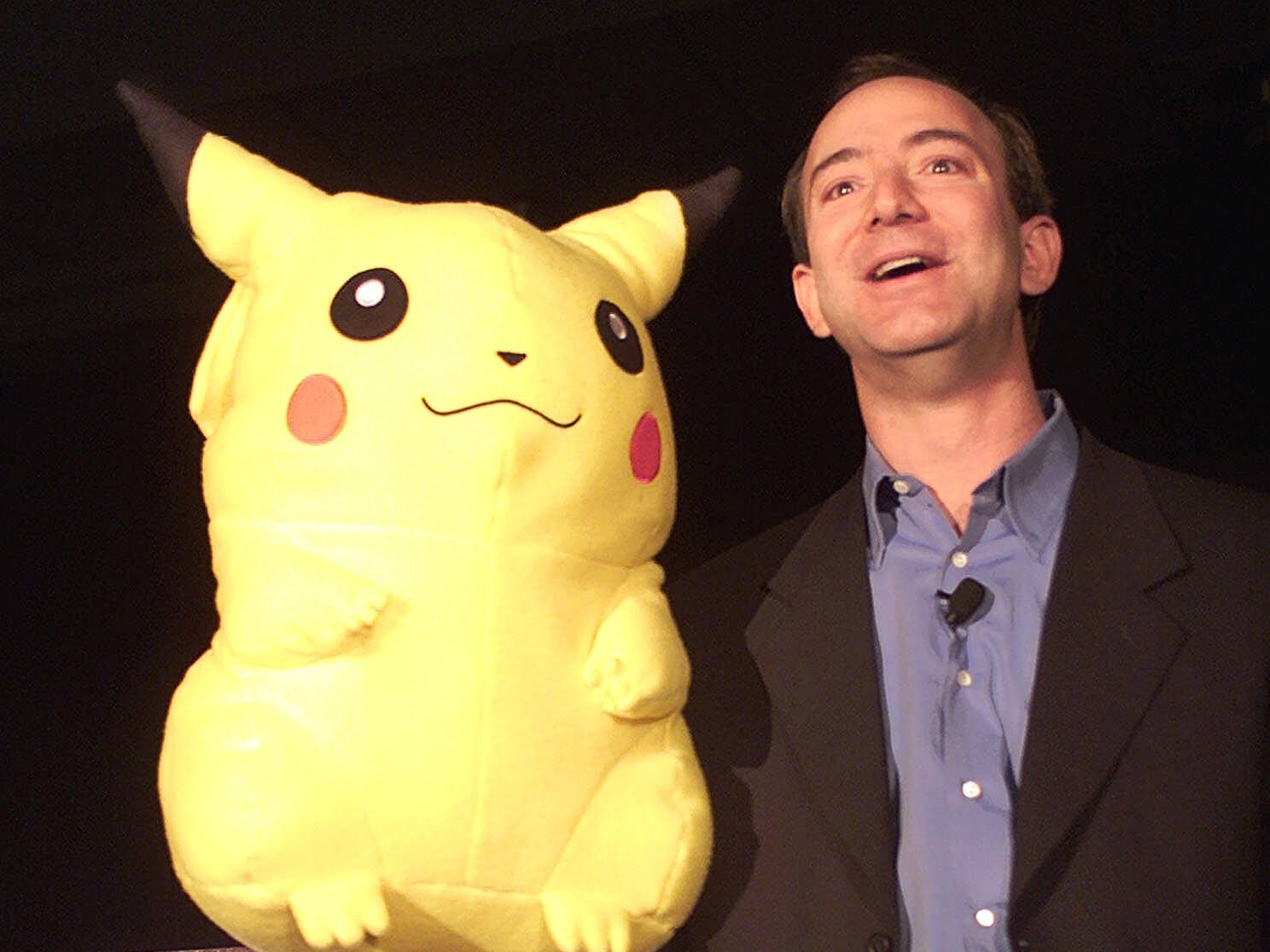 Personalised ads, using data from a person’s search and shopping histories, are common today. And as live-TV consumption continues to decline, money is increasingly being put into digital advertising.

As of late 2018, Amazon was on track to become the third-largest digital advertiser in the US, behind Google and Facebook.

“There’s nothing more frustrating than having to wait two minutes for your computer to boot up … By the time I’ve waited the two minutes, I’ve forgotten what I was going to do. So that’s I think a very important technology. And people are working on it. That one’s going to happen sometime.” Bezos mentioned in several interviews in 1999 his gripe with the long waits needed to start up his computer.

In an interview with Charlie Rose, Bezos said computers would soon be equipped with what he referred to as “instant on.”

Now, with smartphones that give you answers in the palm of your hand and laptops that don’t need to be turned off after each use, it seems Bezos nailed that one. Technology has never been so readily accessible.

Wired’s 1999 profile outlined the Amazon CEO’s vision for 2020: “The vast bulk of store-bought goods — food staples, paper products, cleaning supplies, and the like — you will order electronically. “ 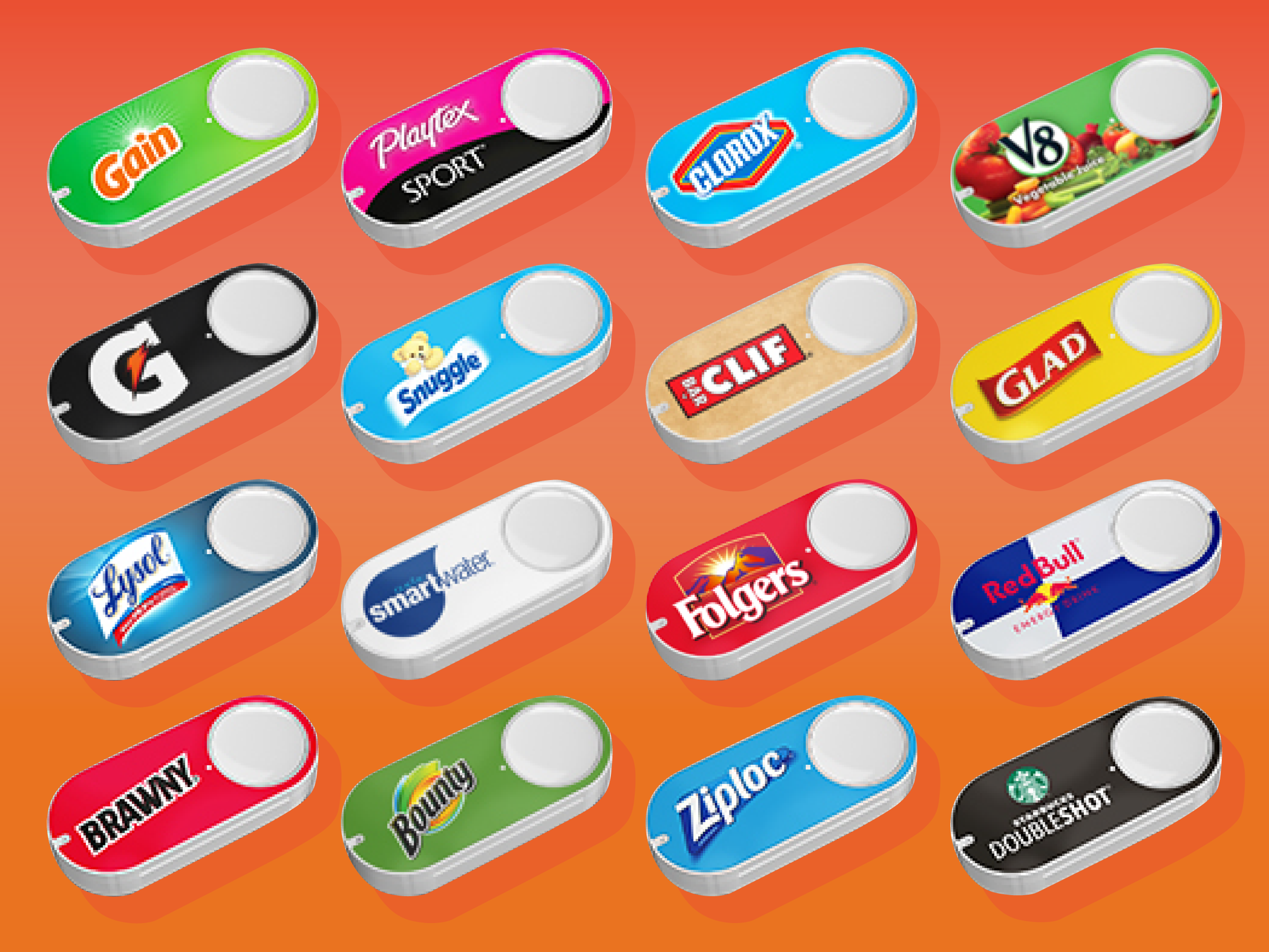 While “vast bulk” may be an overstatement, online shopping has absolutely skyrocketed to the mainstream in 2020. Amazon has become a favourite for buying everyday essentials and household products, especially with offerings designed to streamline ordering these products, like subscriptions, voice-activated shopping via Alexa, and Prime Pantry.

But not every one of Bezos’ predictions has been wholly accurate. Bezos discussed Amazon’s use of customer data in an interview with CBS’s “60 Minutes.”

“Bezos refuses to rule out selling the valuable information to other companies in the future,” reporter Bob Simon said in the program. “But he doesn’t think his customers are concerned about the issue.”