Jeff Bezos' Blue Origin rocket company has been deemed an essential business by the government, allowing it to continue operating amid the coronavirus outbreak 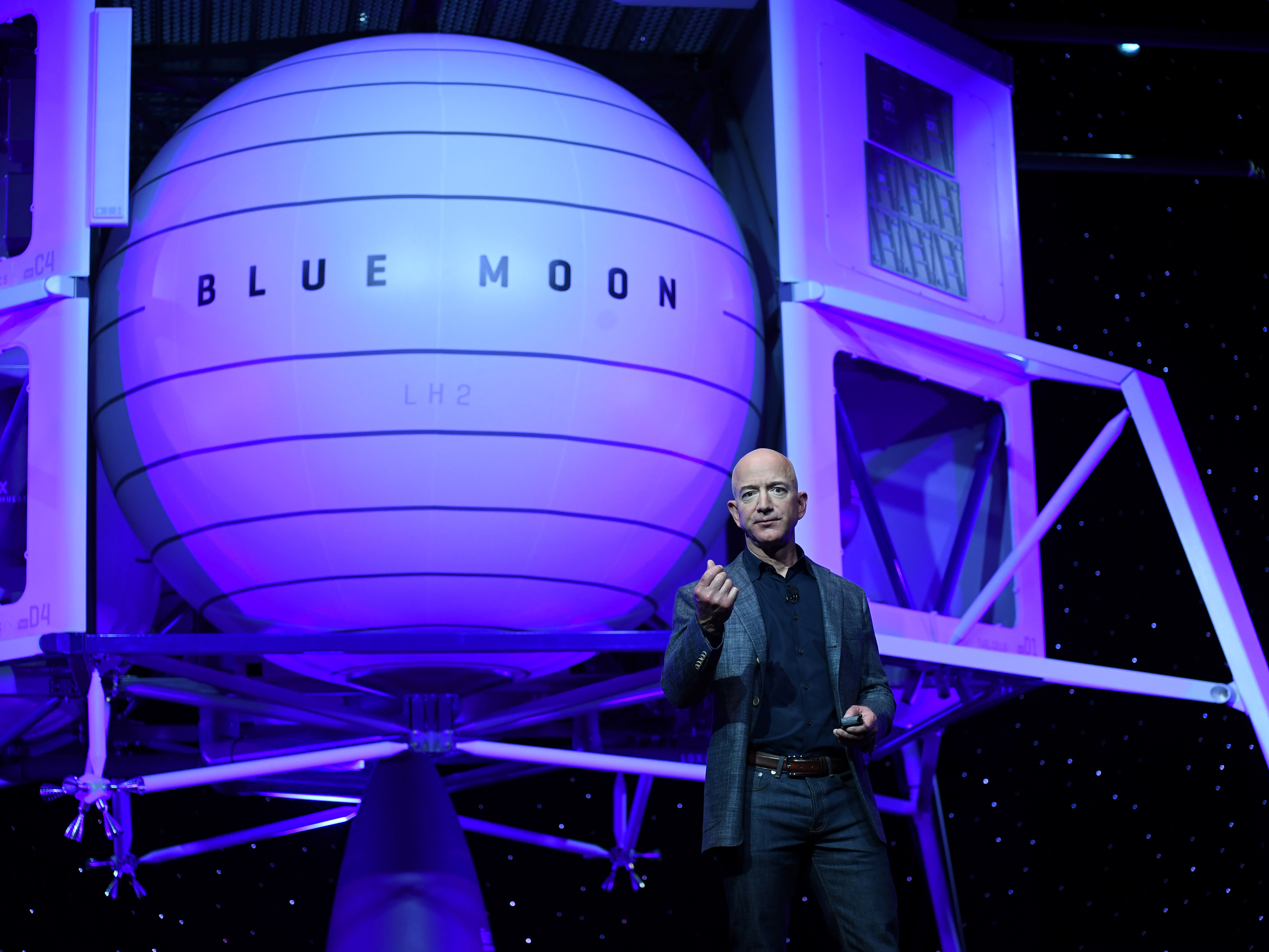 Jeff Bezos’ rocket company, Blue Origin, has been named an essential business by the US government, allowing it to continue operating amid the coronavirus outbreak.

According to the Financial Times’ Dave Lee, the company has spoken with the Departments of Defence and Homeland Security, which have said Blue Origin is exempt from the nationwide shutdown due to “its future value to national security.”

Blue Origin, along with 2 other companies, won a $US2.3 billion Air Force contract in 2018. Blue Origin was awarded $US500 million to produce its New Glenn rocket system, a fully reusable rocket intended to carry both passengers and cargo to Earth’s orbit.

The company also has an agreement with a team that includes defence contractor Lockheed Martin to build a lunar lander that would allow NASA to put people back on the Moon by 2024.

Shutting down facilities due to the coronavirus outbreak could impact timelines and launch schedules for space exploration, experts told the Financial Times. Blue Origin told the FT that it currently has no plans to change its schedules due to the outbreak.

A spokesperson for Blue Origin told Business Insider that the company’s work is considered essential because it resides within the aerospace and defence sectors, which have been deemed “mission essential” by the Departments of Homeland Security and of Defence.

“While Blue Origin continues to operate as an essential business, the safety and health of our employees is our highest priority,” the spokesperson said. “We are financially supporting self-quarantine actions, and encouraging all employees who can effectively work from home to do so. For those who need to come onsite, we have implemented measures to social distance our workforce and keep our facilities clean and safe.”

Blue Origin was founded by Bezos in 2000 and is based in Kent, Washington, not far from Amazon’s headquarters. The rocket company also operates in 5 other states: Texas, Florida, Virginia, Alabama, and California. Both California and Washington have issued statewide stay-at-home orders, while measures to stay at home have been issued in some parts of Florida, Texas, and Alabama.