Here's how much Amazon CEO Jeff Bezos, the richest person in the world, has personally given to charity 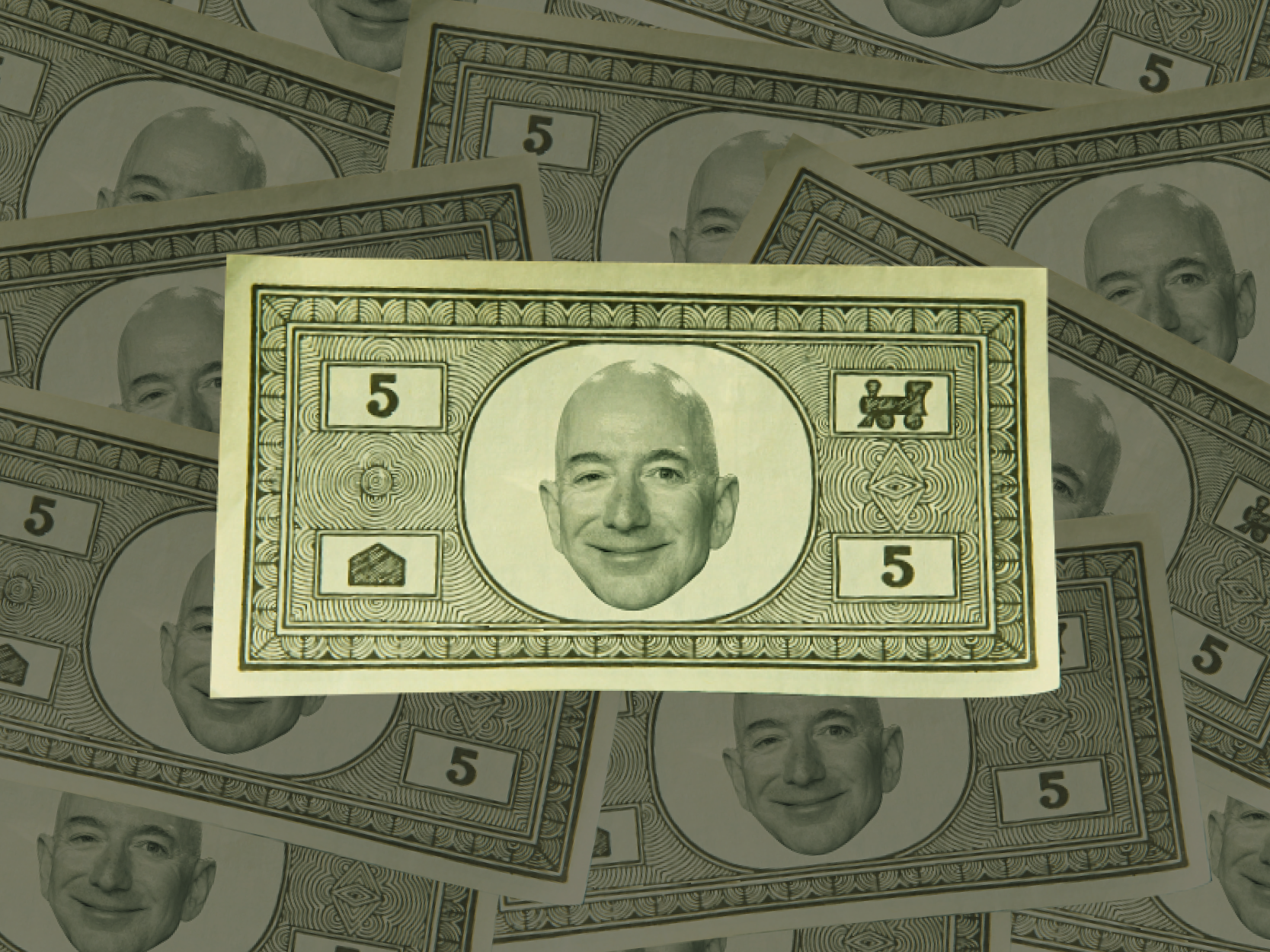 Amazon CEO Jeff Bezos may be the richest person, but he isn’t well-known for his billion-dollar donations and philanthropic efforts like Bill Gates and Mark Zuckerberg.

Additional criticism has recently been heaped on Bezos’ charitable ways, particularly after Amazon committed just $690,000 to relief efforts for the Australian wildfires last year. In 2019, Bezos’ ex-wife, MacKenzie Bezos, opted in 2019 to sign the Giving Pledge, in which participants promise to give away more than half of their wealth during their lifetimes or in their wills.

However, among the five richest people in America, Jeff Bezos – who has a net worth of more than $117 billion – is the only one who hasn’t signed on to the philanthropic commitment.

It’s not clear why Bezos has avoided joining the Giving Pledge, an initiative started by Bill Gates and Warren Buffett almost a decade ago. His charitable history has “remained largely a mystery,” The New York Times wrote in 2017 after Bezos posted a “request for ideas” for philanthropy on Twitter.

A nonprofit bearing Bezos’ last name, the Bezos Family Foundation, has given millions of dollars to the Fred Hutchinson Cancer Research Center in Seattle. However, the fund is run entirely by the Amazon CEO’s parents and hasn’t received contributions from Bezos himself, according to Inside Philanthropy.

Additionally, Bezos had never appeared on the annual list of America’s 50 largest donors until 2018, when he took the top spot with the launch of a $2 billion fund for education programs for the homeless. That donation represented about 1.3% of his net worth at the time, Quartz reported.

Here are all the major donations Bezos is known to have given to charity since becoming a billionaire in 1997:

August 2011: $10 million to the Museum of History and Industry in Seattle. 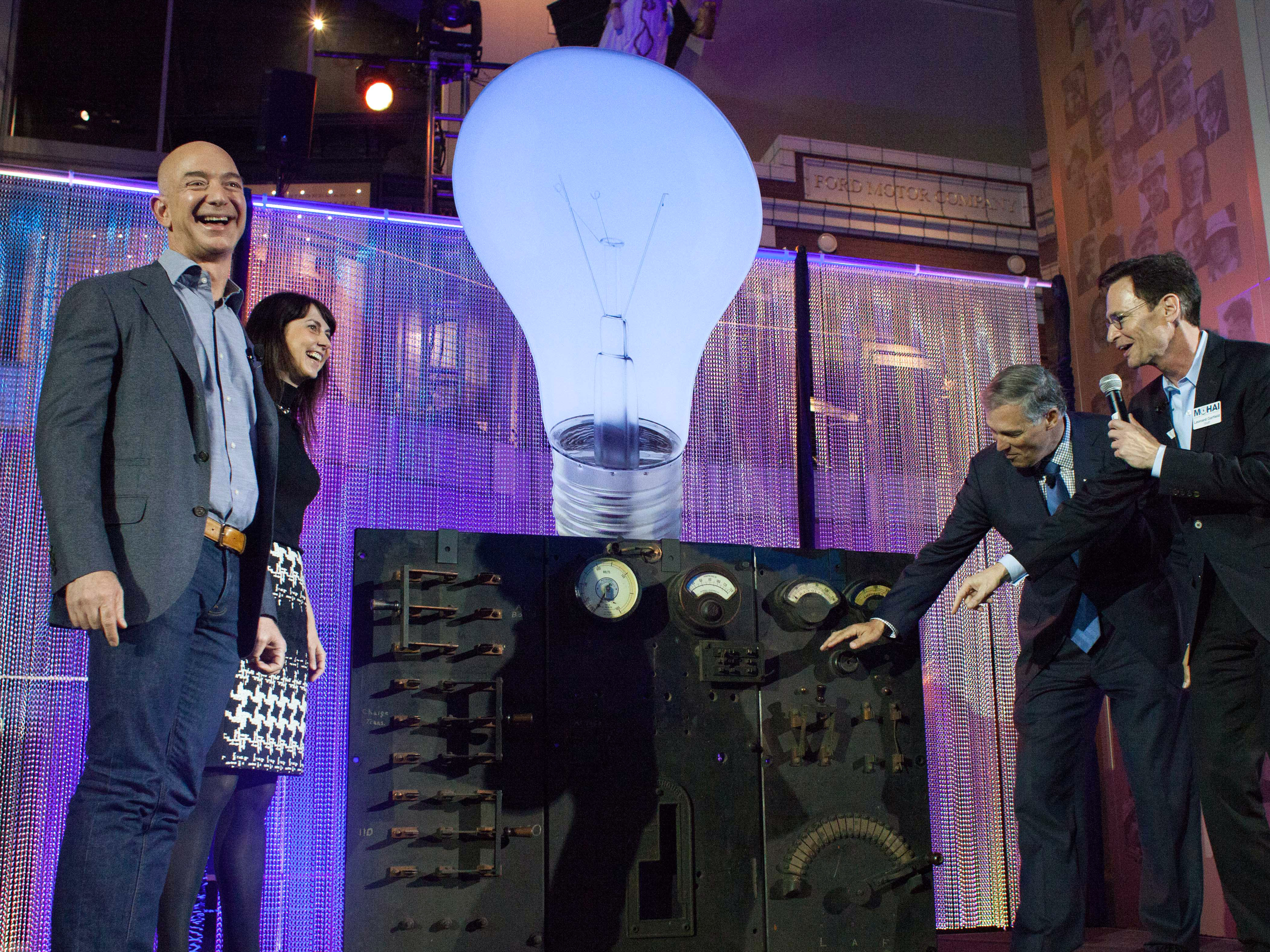 Bezos’ $10 million grant was used to establish the museum’s Bezos Center for Innovation, which highlights companies that have gotten their starts in Seattle – including Microsoft, Costco, Boeing, and UPS.

The innovation center was officially unveiled in October 2013. The Museum of History and Industry is just a few blocks from Amazon’s headquarter near downtown Seattle. 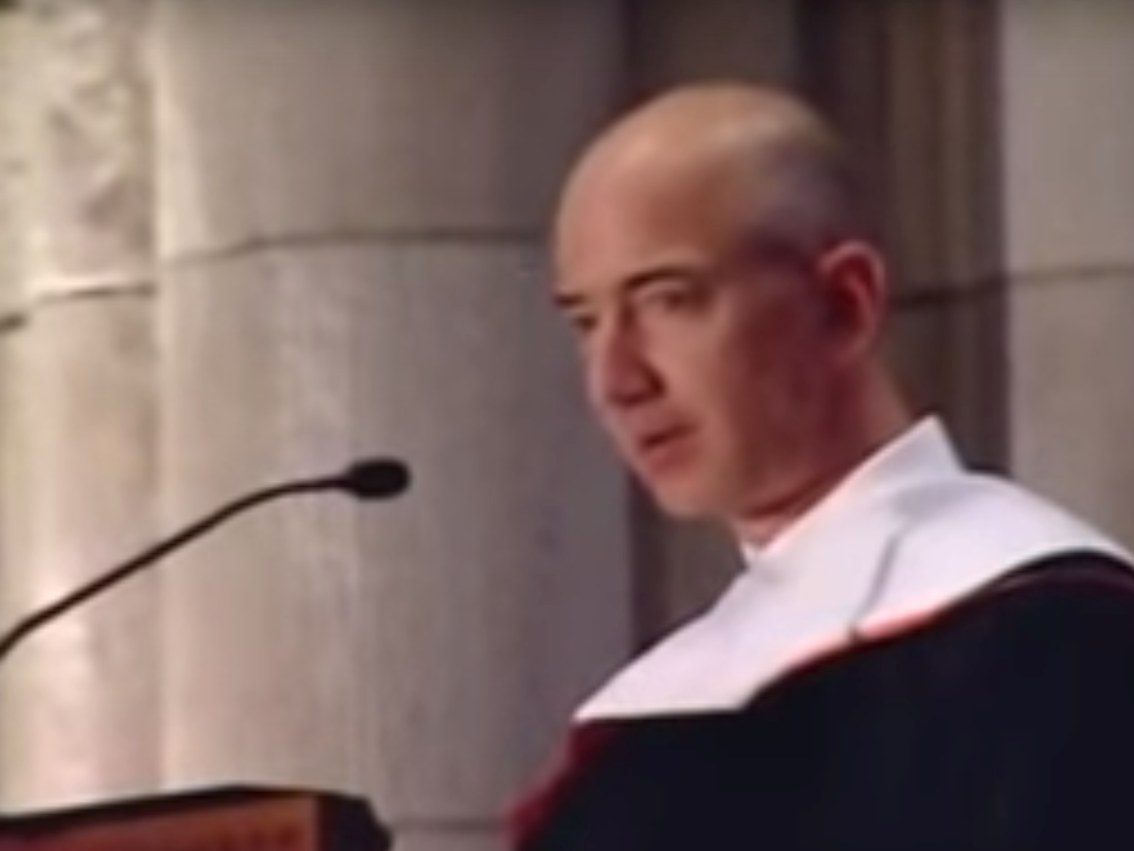 Jeff Bezos and his ex-wife, MacKenzie, are both graduates of Princeton University. Jeff Bezos studied electrical engineering and computer science, while MacKenzie Bezos majored in English. 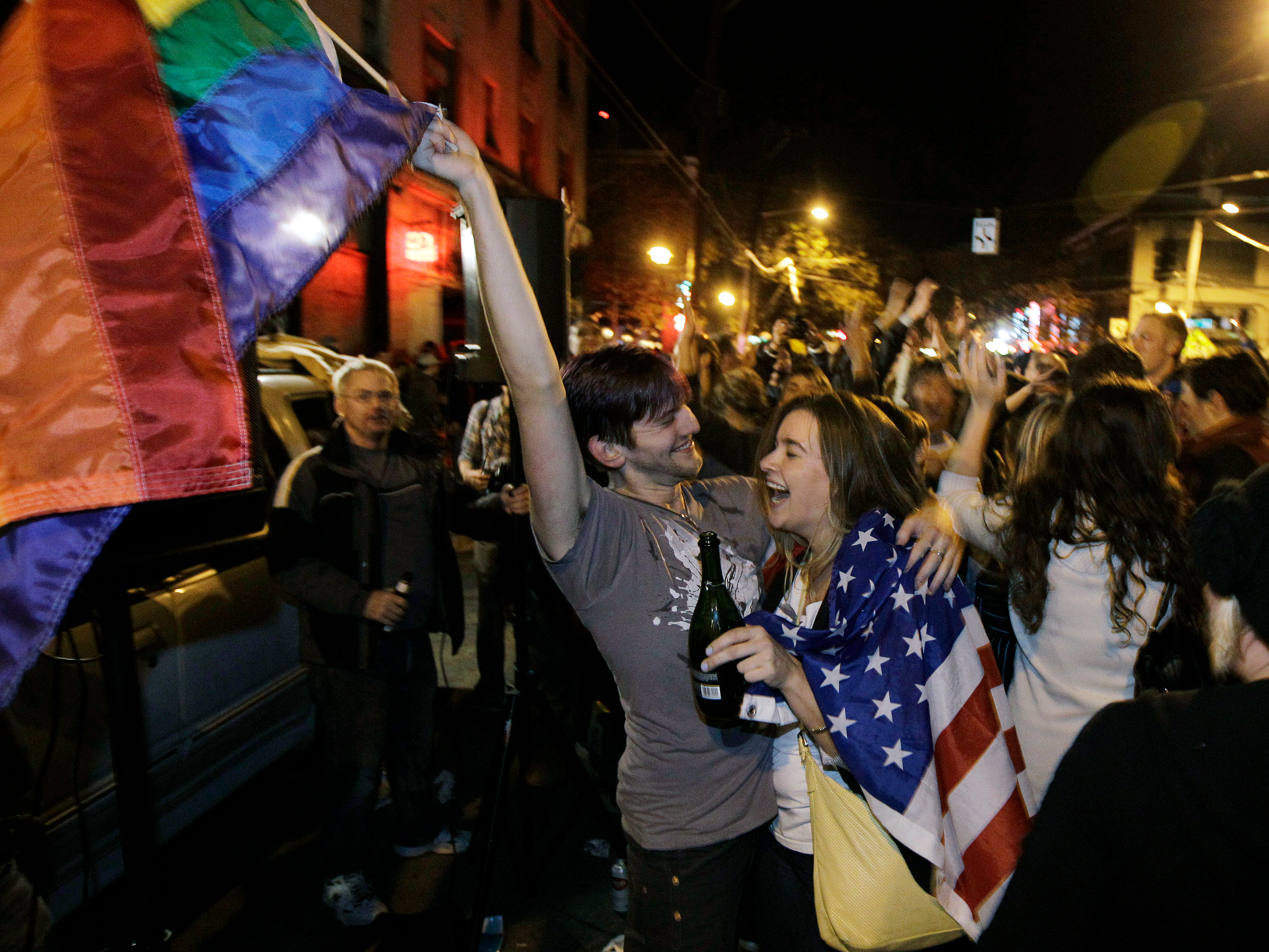 Jeff and MacKenzie Bezos, who were still married at the time, donated $2.5 million to a group called Washington United for Marriage. The group was raising funds for a campaign for Referendum 74, a state referendum that would legalize same-sex marriage in Washington if approved.

The donation from the Jeff and MacKenzie Bezos doubled the organization’s campaign fundraising, according to CNN Money. The referendum appeared on the ballot in November 2012 and was approved. 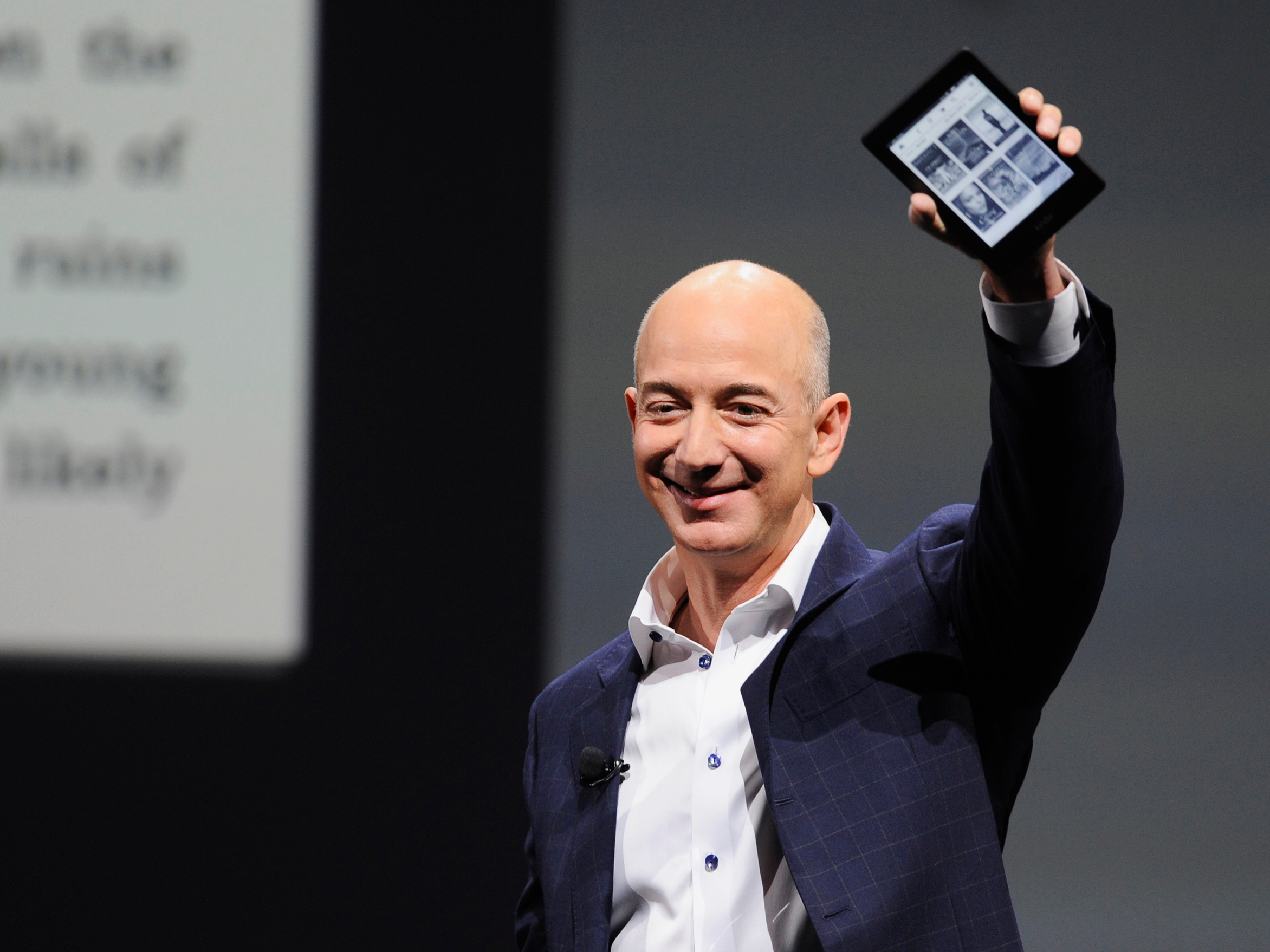 Bezos pledged half a million dollars to Worldreader, a nonprofit that supplies children in underdeveloped countries with access to digital books and e-readers. Bezos’ donation went toward boosting the organization’s programs in African countries, including Kenya, Ghana, Uganda, and Rwanda.

May 2016: $1 million pledge to match donations to Mary’s Place, a homeless nonprofit in Seattle. 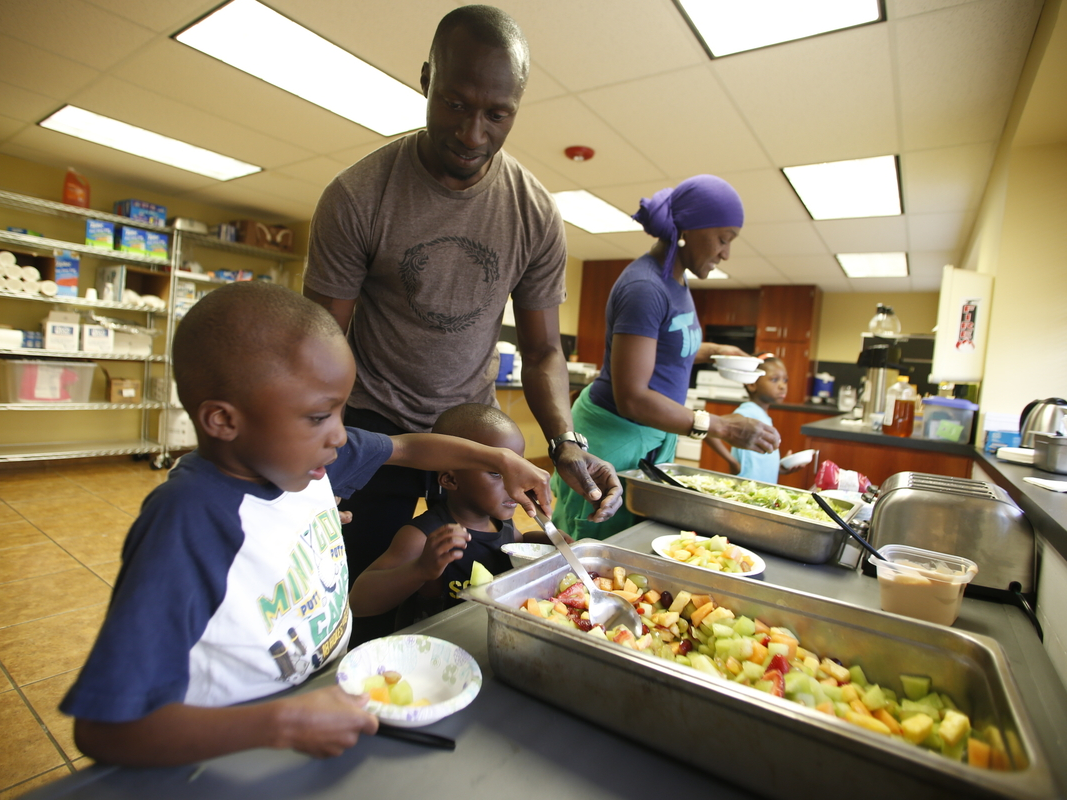 In 2016, Bezos pledged to match up to $1 million in donations given to Mary Place during Seattle’s annual GiveBig day of philanthropy. Mary’s Place, a nonprofit that provides housing to Seattle’s homeless population, exceeded its $1 million goal that year, bringing the organization’s fundraising total to more than $2 million.

Although this is the only donation Mary’s Place has received from Bezos personally, Amazon has turned part of its office space in Seattle into a homeless shelter (pictured above).

May 2017: $1 million to the Reporters Committee for Freedom of the Press. 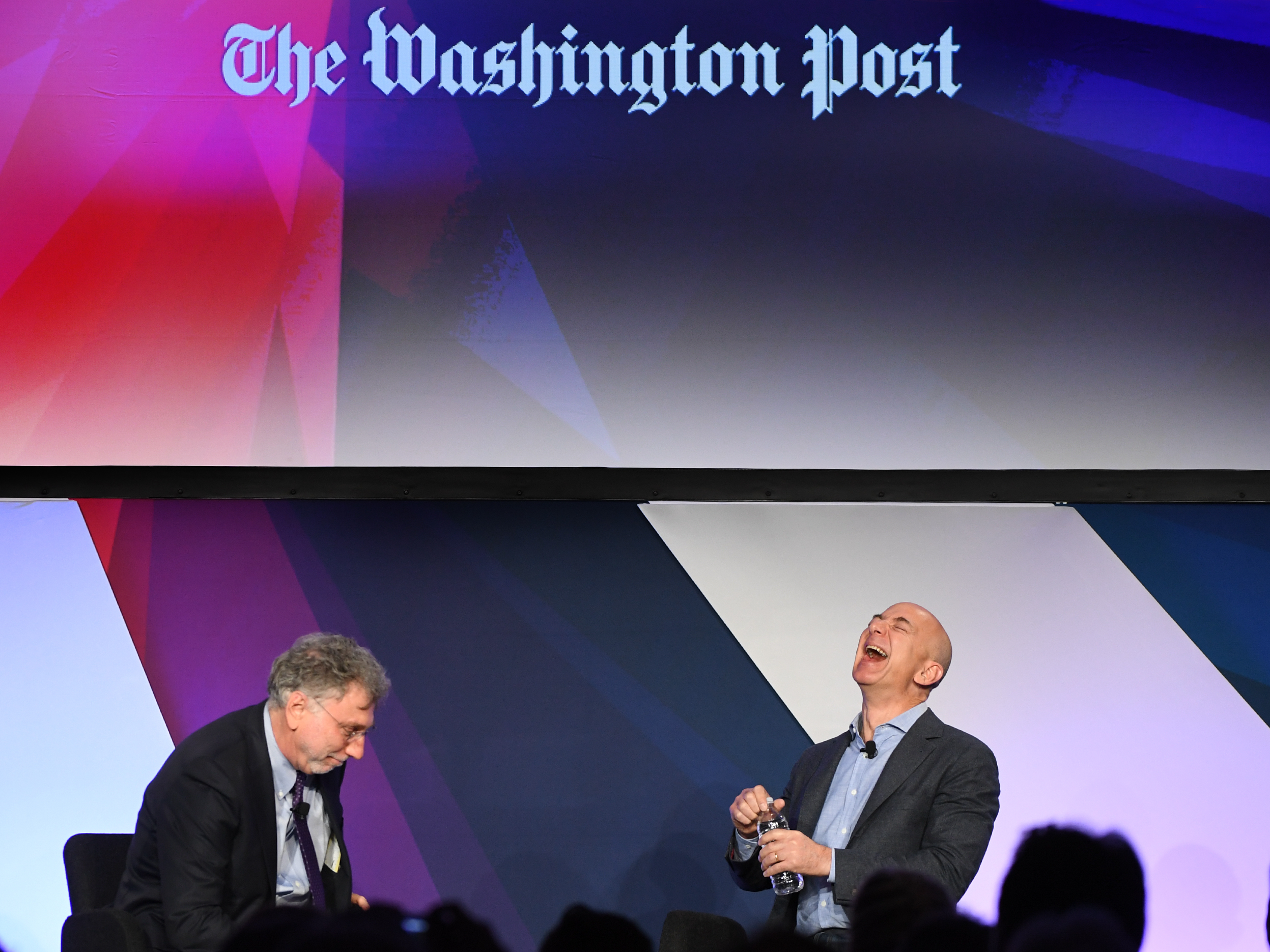 The $1 million gift was the largest personal contribution ever at the time to the nonprofit, which advocates and provides resources for journalists and First Amendment rights. The Reporters Committee for Freedom of the Press’ executive director called the donation “an institution-changing gift” for the nonprofit.

Jeff Bezos owns The Washington Post, a historic newspaper he bought for $250 million in August 2013.

January 2018: $33 million to TheDream.us, a nonprofit that funds college scholarships for immigrants. 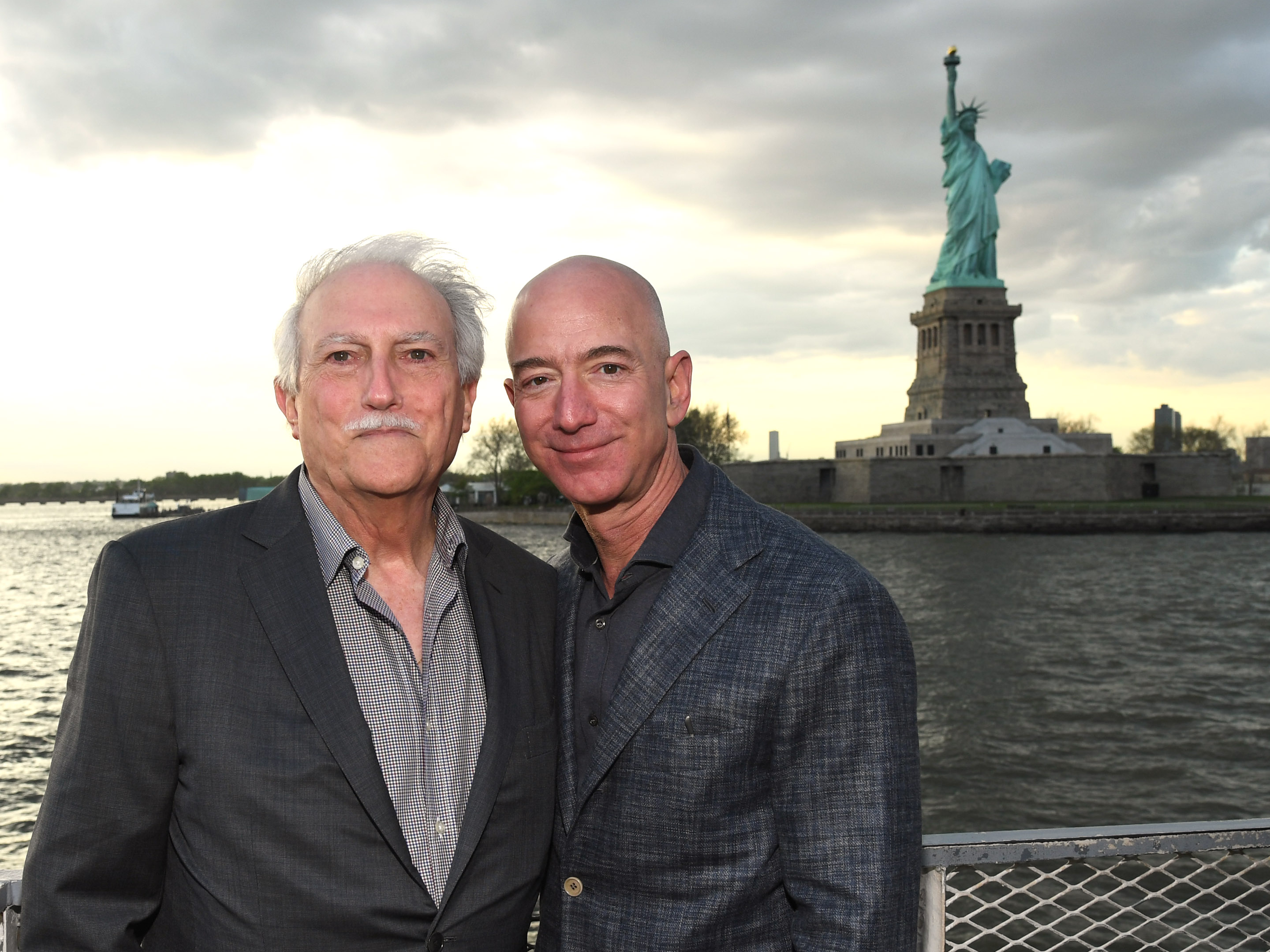 Bezos donated enough to fund the college education of 1,000 “Dreamers,” immigrants who were brought to the US as children. The $33 million donation came during a time when President Donald Trump attempted to end the Deferred Action for Childhood Arrivals program – known as DACA – under which these children were protected from deportation and allowed to work legally in the US.

Bezos said the donation was a nod to his father, Miguel Bezos, who fled to the US from Cuba when he was 15. He later went on to attend college and work as an engineer at Exxon.

September 2018: $10 million to With Honor, a PAC for electing military veterans. 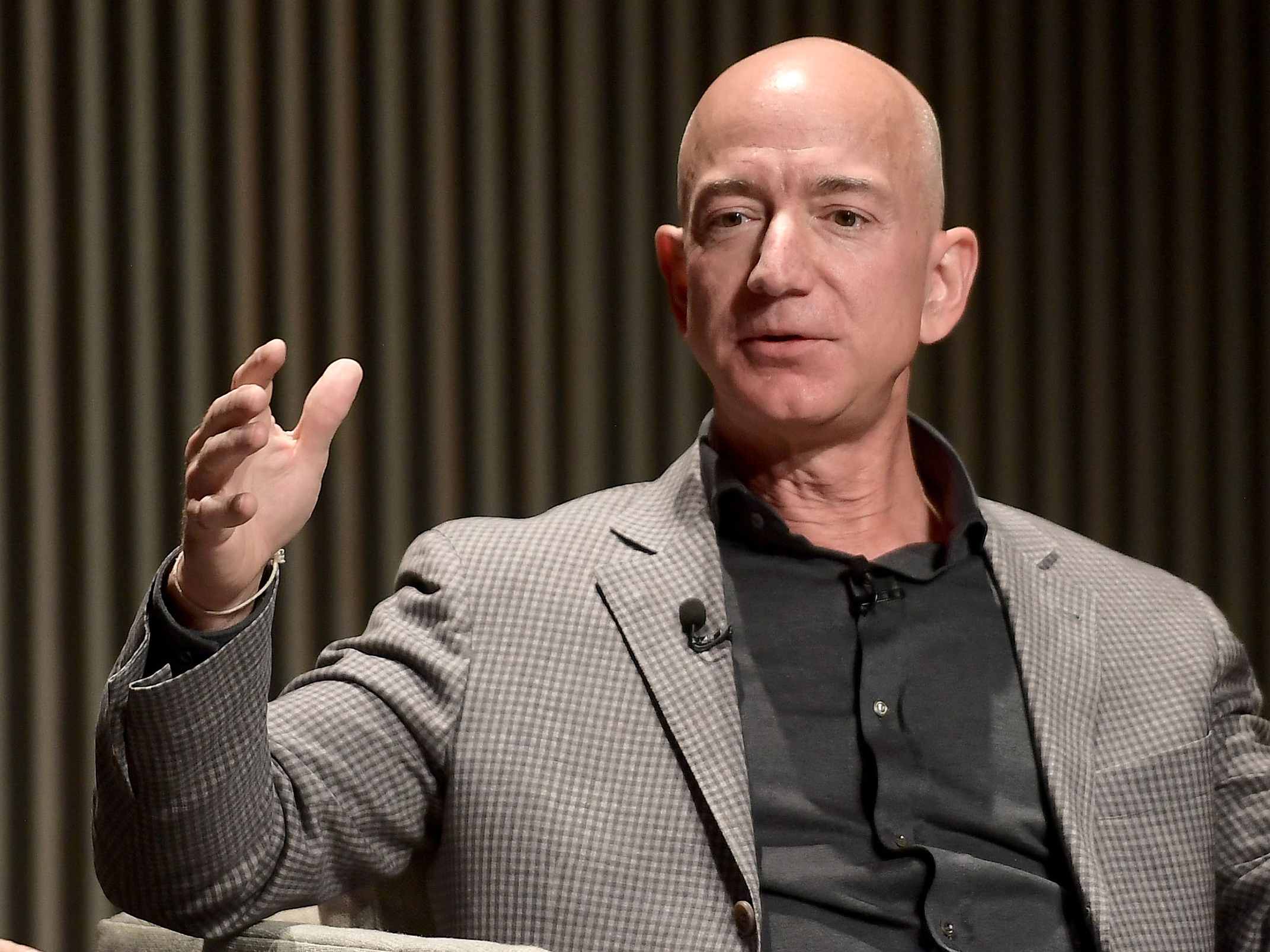 Bezos’ first major political donation was a $10 million donation to With Honor, a bipartisan PAC that backs military veterans running for election to Congress.

September 2018: $97.5 million to support educational programs for homeless families through the launch of Bezos Day One Fund. 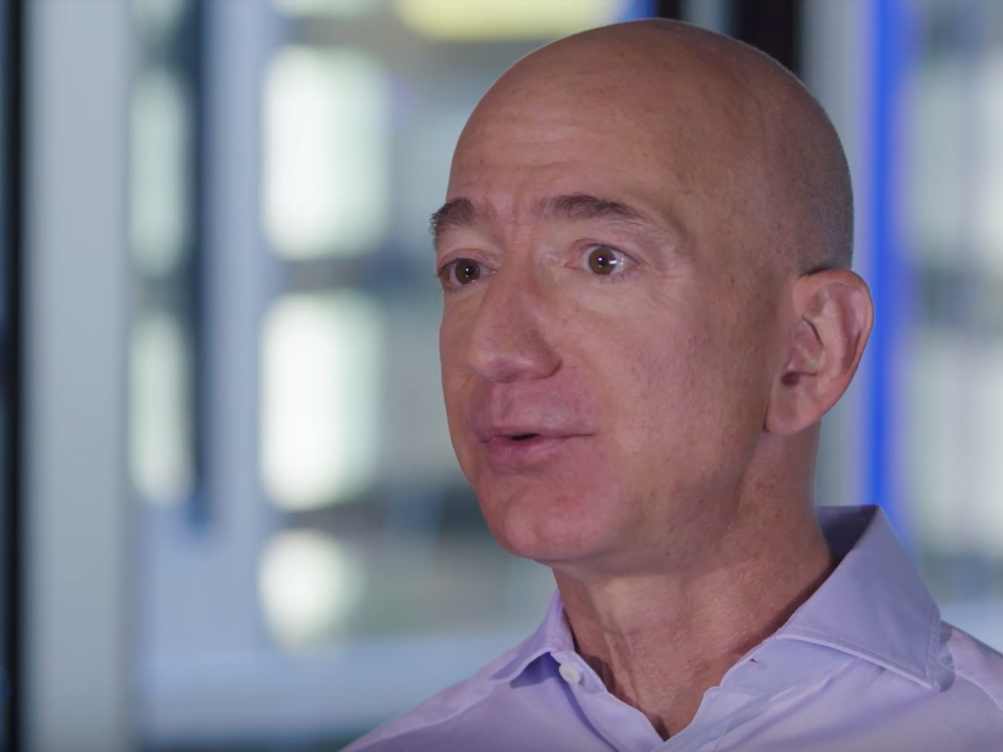 The Bezos Day One Fund is named after the Amazon CEO’s longstanding “Day 1” way of thinking. Bezos has pledged $2 billion, and said he plans to use the charity to support homeless families and launch education programs in underserved communities.

The first round of donations, announced in November 2018, went toward organizations supporting homeless families across the US.

November 2019: $98.5 million to fighting homelessness, the second round of funding from Bezos Day One Fund. 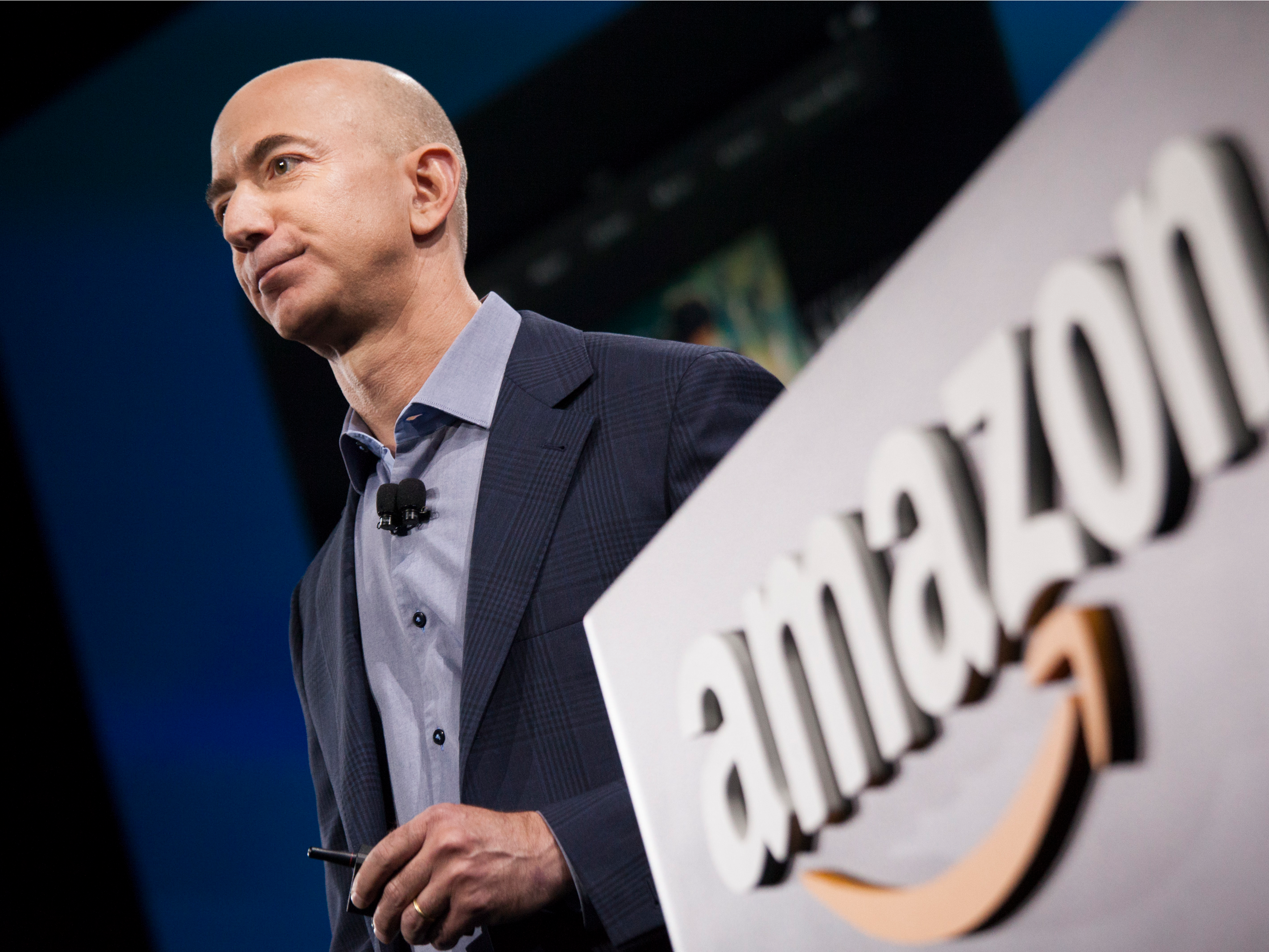 In its second round of donations, the Bezos Day One Fund donated $98.5 million to 32 organizations in 23 different states to “support their meaningful, high-impact work to provide shelter and support for young families in communities across the country.”

Bezos’ second round of donations was unique in that charities were not given specifications on how they can allocate and spend the money they were given.

Today, I’m thrilled to announce I am launching the Bezos Earth Fund.⁣⁣⁣ ⁣⁣⁣ Climate change is the biggest threat to our planet. I want to work alongside others both to amplify known ways and to explore new ways of fighting the devastating impact of climate change on this planet we all share. This global initiative will fund scientists, activists, NGOs — any effort that offers a real possibility to help preserve and protect the natural world. We can save Earth. It’s going to take collective action from big companies, small companies, nation states, global organizations, and individuals. ⁣⁣⁣ ⁣⁣⁣ I’m committing $10 billion to start and will begin issuing grants this summer. Earth is the one thing we all have in common — let’s protect it, together.⁣⁣⁣ ⁣⁣⁣ – Jeff

Bezos announced the launch of the Bezos Earth Fund in February on Instagram. In the post, Bezos said the initiative would fund scientists, activists, and non-profit organizations – “any effort that offers a real possibility to help preserve and protect the natural world.”

The fund follows growing pressure from Amazon employees for the company to do more to combat climate change. Following the Earth Fund announcement, some critics called on Bezos to make changes to Amazon’s business – such as reducing the amount of packaging for Amazon deliveries – before focusing on world-changing projects.