JCPenney shares spiked as much as 59% on Friday after the retailer made a $US17 million interest payment to avoid default.

The company was scheduled to make an interest payment on May 7 and used a five-business-day grace period to consider alternatives, according to a Friday regulatory filing. JCPenney has reportedly been considering bankruptcy and continues to weigh “strategic alternatives,” the filing said.

The retailer’s stock was halted at the market open before soaring as high as 31 cents per share. Shares have since pared some gains and traded at 25.19 cents as of 12:15 p.m. ET.


Read more:
Warren Buffett calls the prospect of negative interest rates the ‘most interesting question I’ve seen in economics.’ We had 5 financial experts weigh in on how they could impact the investing world as we know it.

Friday’s interest payment doesn’t get JCPenney out of the woods. Prolonged lockdowns still weigh on the company’s revenue stream, and the company is still in the middle of a major overhaul. JCPenney hired six executives to lead a company-wide turnaround in February.

The company’s market cap is down more than 99% from its late-1990s peak as e-commerce’s rise eats away at the physical retail sector. 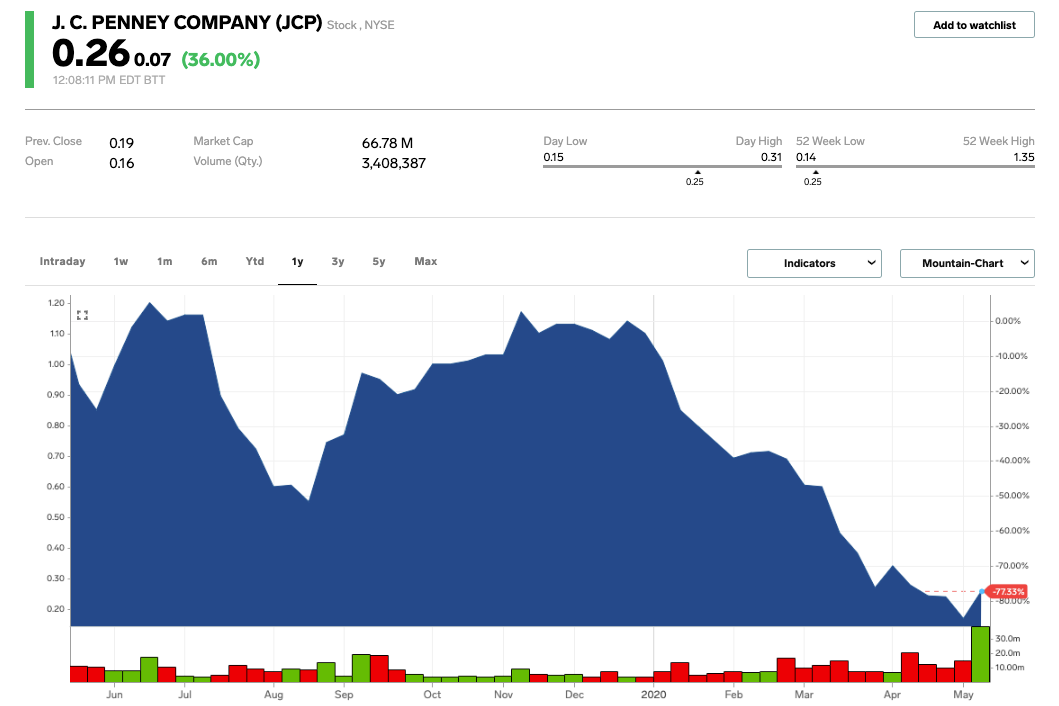