There are many definitions for the word “epic” with one being “surpassing the usual or ordinary, particularly in scope or size.” And I would say when something – in this case a rebranding campaign, has the potential to not just threaten the brand’s plans to grow but could also drive away the brand’s core customers, I would say the word ” epic” is quite appropriate in describing what is unfolding at JC Penney where  1Q 2012 same store sales fell nearly 20%.

Earlier this year, they announced their third rebranding campaign in as many years. Never a good sign when a brand needs to reinvent itself that many times over in such a short period of time.

But nevertheless they launched “Fair and Square Pricing” whereby promotions and sales would be a thing of the past, for the most part, and in their stead would be everyday prices, “best prices” which would be available to consumers on the first and third Friday of each month, plus they would mix in some month-long values, too.

The new tagline “Enough. Is. Enough.” would speak to the belief that consumers were inundated with promos, coupons and sales and what they really wanted was just plain, old-fashioned, everyday low prices.

No sizzle, just the steak.

Well, it seems folks want the sizzle and the steak.

“Consumers’ perception of JCP’s new pricing regime is worse than we (and the market) thought.  Looking at shoppers who have been to JCP since 2/1 (i.e. since the intro of new pricing), more cited higher prices (rather than lower) at the dept. store.  In fact, only 16% of shoppers associated ‘Best Prices’ w/ JCP and cited prices as being lower. Furthermore, customers cited bargains as harder to find and fewer aisles w/ deals.

JCP shoppers find ‘Best Prices’ hard to understand, difficult to compare to other prices (both non-sale and deal), and low value for money.”

Very strong words indeed and it appears the folks at JC Penney are taking heed, not to the words of an analyst per se, but their customers, the ones they are apparently driving away.

Last week, during an investor conference in New York, CEO Ron Johnson acknowledged some missteps saying the strategy was ” kind of confusing” to consumers and that they are “moving away from the word ‘month-long value’ because no one really understood that” and instead they are moving back to calling it what it really is, a sale.

While writing this article I was reminded of something I wrote late last year which dealt with what I called The Major Disconnect Between Brands and Consumers When It Comes to Social Media.

In that article I made reference to a study conducted by The CMO Council and Lithium and in particular one question which posed to consumers: 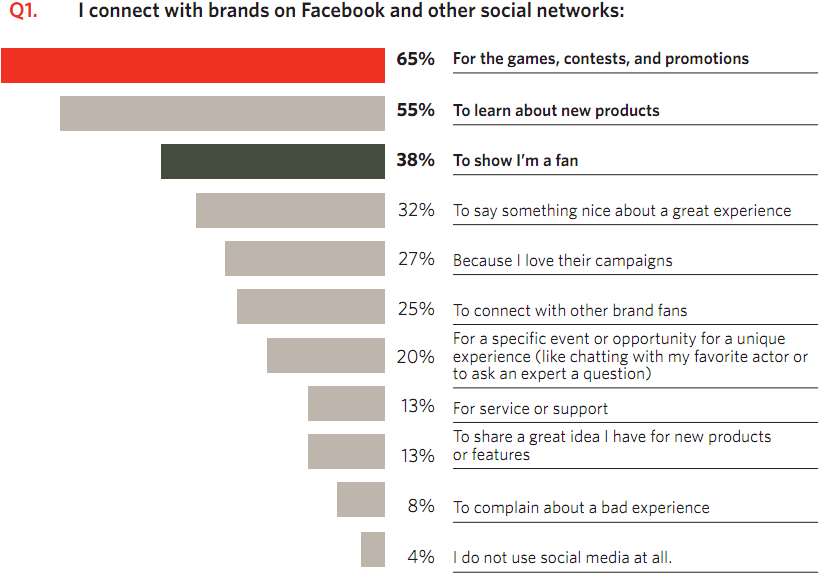 Should it really come as any surprise that the #1 reason people follow brands via social media is games, contests and promotions?

Just as it should come as no surprise that people want sales and coupons from their retailers.

Now perhaps I use the word “epic” incorrectly as we’re only talking about one quarter’s loss, but this surely has the potential to be epic if the JC Penney branded ship is not righted quickly.

Named one of the Top 100 Influencers In Social Media (#41) by Social Technology Review, Steve Olenski is a freelance writer/blogger currently looking for full-time work. He has worked on some of the biggest brands in the world and has over 20 years experience in advertising and marketing. He lives in Philly and can be reached via email,Twitter, LinkedIn or his website.