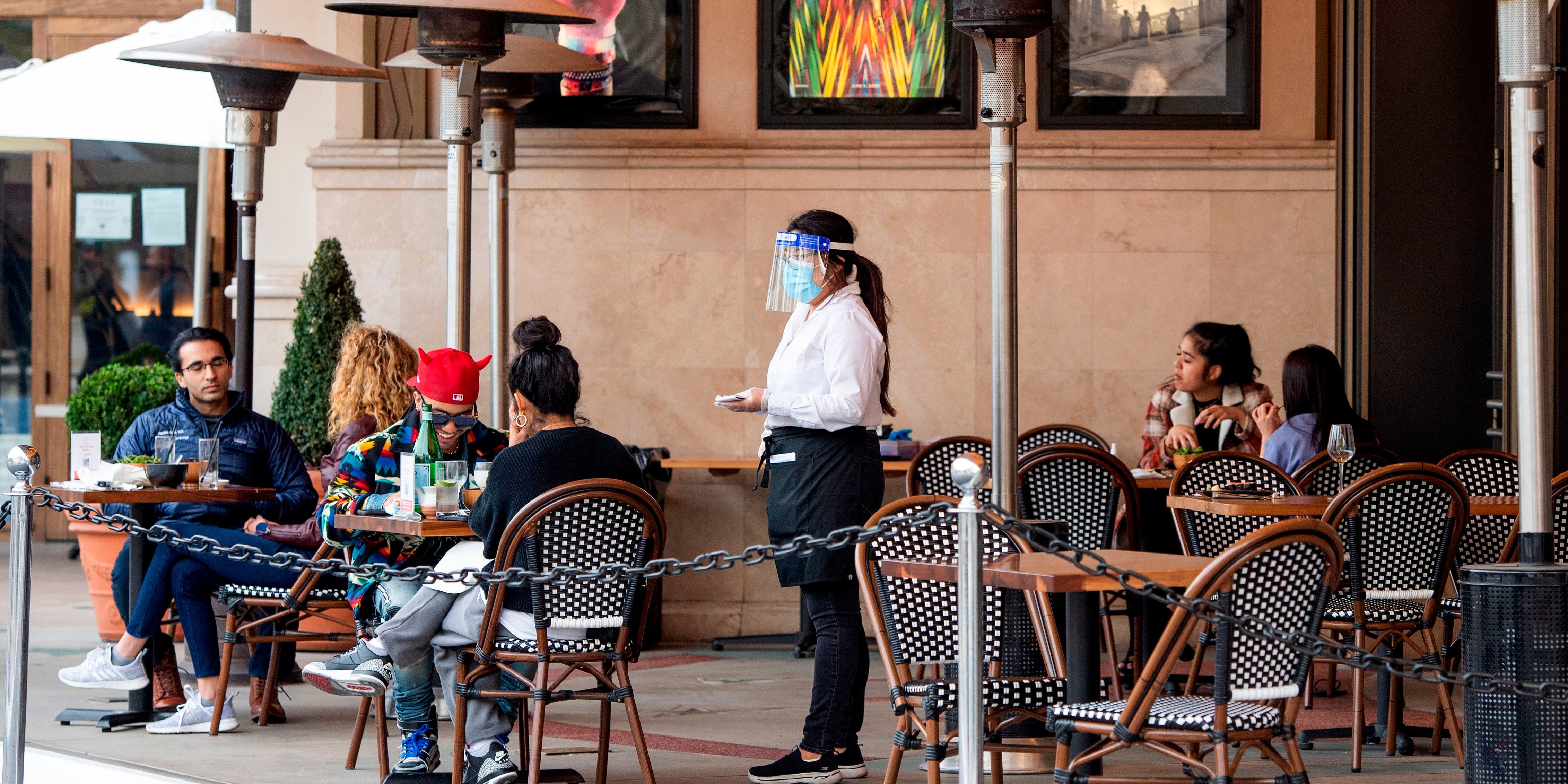 The gains were a reversal from December’s revised decline of 227,000 payrolls. That report had snapped a seven-month streak of gains and signalled a dire hit to the country’s economic recovery.

The US unemployment rate dropped to 6.3% from 6.7%, the agency said. Economists had expected the rate to hold steady from December’s reading. The pace of improvement has slowed drastically in recent months after plunging from a high of 14.7% at the start of the coronavirus crisis.

“This morning’s employment report will support the political argument that more stimulus is needed,” David Donabedian, the chief investment officer of CIBC Private Wealth, said in a statement. “The large drop in the unemployment rate was partly due to a decline in labour force participation (not necessarily a sign of strength).”


Read more:
Biden’s stimulus plan is heightening Wall Street’s worries that inflation will upend the stock market. We spoke to 4 experts on what the raging debate means for investors and how to take advantage of it.

The government’s monthly report of labour-market conditions gives the most insight into how the country is working through the pandemic and its fallout. It also details how the virus has pushed Americans out of their jobs.

About 4.7 million people said COVID-19 was their main reason for not seeking employment, according to the report. That was up from 4.6 million Americans in December.

About 14.8 million Americans said the pandemic was the primary reason their employer had halted operations. That was down from 15.8 million people in December.

The number of Americans temporarily laid off dipped to 2.7 million in January from 3 million. That sum was down significantly from a high of 18 million in April. Still, temporary layoffs, like other gauges of unemployment, sit well above pre-pandemic levels as businesses struggle to rehire.

Average hourly earnings for nonfarm workers gained by $US0.06, to $US29.96. Wages have steadily trended higher since falling through last spring, though they remain below a record of $US30.03 in April.

The proportion of Americans telecommuting because of the pandemic slid by 0.5 points, to 23.2%, in January.


Read more:
JPMorgan’s market-moving quant guru lays out an under-the-radar risk that could spring up during the pandemic recovery and snowball into a full-blown crisis across the Western world

After months of soaring COVID-19 cases and economic lockdowns, signs are pointing to a healthier backdrop to come. Vaccine distribution has overcome early hurdles; the US is now administering 1.34 million shots a day on average, according to Bloomberg. State data indicates that about 36 million total doses have been administered.

Daily COVID-19 cases have continued to fall since a surge late last year. The US reported 123,907 new virus cases on Thursday,according to The COVID Tracking Project. That was down from a high of nearly 300,000 new cases reported on January 8. Current hospitalizations hit 88,668, down roughly 30% from a peak in mid-January.

Elsewhere in economic data, filings for unemployment benefits continued to fall, signalling a healthy rate of improvement in the labour market. Weekly jobless claims dropped to 779,000 for the week that ended on Saturday, handily beating the consensus economist estimate of 830,000 claims. The reading marked three straight weeks of falling claims counts.

January was also the first month in which Americans saw significant benefits from the $US900 billion stimulus package enacted by President Donald Trump at the end of 2020. The bill included direct payments of up to $US600, expanded unemployment benefits, and relief for schools.

Credit- and debit-card data tracked by Bank of America suggested that stimulus recipients increased spending last month as aid was delivered to households. A sustained uptick in consumer spending stands to revitalize the economic recovery and possibly help firms rehire.

It’s increasingly likely that even more help is on the way. The Senate on Friday approved a budget measure that opens the door to approving President Joe Biden’s $US1.9 trillion stimulus plan. The measure allows Democrats to pursue the legislation without support from Senate Republicans. Still, Biden has indicated he aims to pursue bipartisan support for the relief package.

The stimulus proposal includes $US1,400 direct payments, aid for state and local governments, and another expansion of unemployment benefits. Republicans had countered with a $US600 billion package in January, but that deal has little chance of garnering ample support.


Read more:
Morgan Stanley says that inflation is heating up and that these are the 12 undervalued stocks in a ‘sweet spot’ you need to own thanks to their pricing power