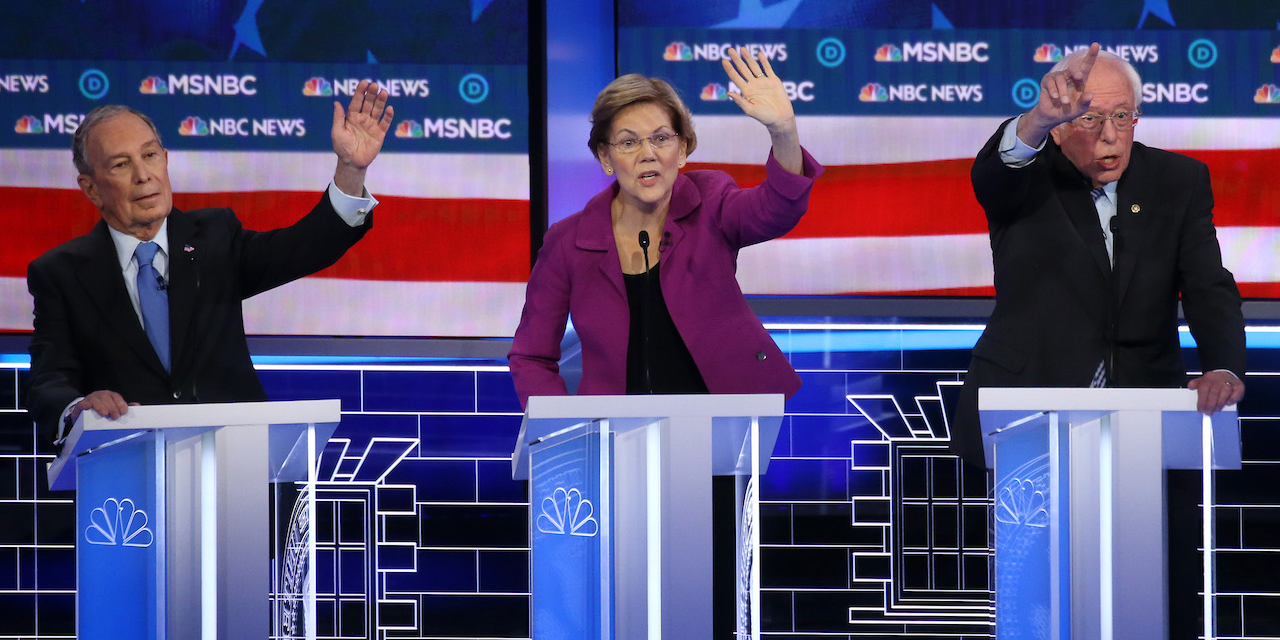 This debate, to be held at the Gaillard Centre in Charleston, is the last of four debates the Democratic National Committee is holding in the early-voting states of Iowa, New Hampshire, Nevada, and South Carolina from January 14 to February 25.

Six candidates took the stage in Las Vegas, Nevada on February 19 for the most recent of those debates, cohosted by MSNBC and The Nevada Independent.

Candidates will also qualify if they earned at least one pledged delegate in the February 3 Iowa caucuses, the February 11 New Hampshire primary, or the February 22 Nevada caucuses.

Who will be onstage:

The same six candidates on the stage for the Nevada debate along with Tom Steyer have also qualified for the February 25 South Carolina debate, according to Politico:

The above seven candidates have all secured four qualifying polls, and every candidate except Steyer and Bloomberg, the latter of whom is not on the ballot in the first four states, are the only ones to have earned pledged delegates out of Iowa, New Hampshire, or Nevada.

Like previous CBS-hosted debates, the February debate will air live on CBS and on BET, an affiliated network owned by ViacomCBS. The event will also be live-streamed on the web without requiring a cable log-in on the network’s free streaming service CBSN, and will be available to watch on all CBSN apps.

CBS is also partnering with Twitter for the debate, and encouraging viewers to submit questions to the candidates on the site with the hashtag #DemDebate.

When is the next primary debate?