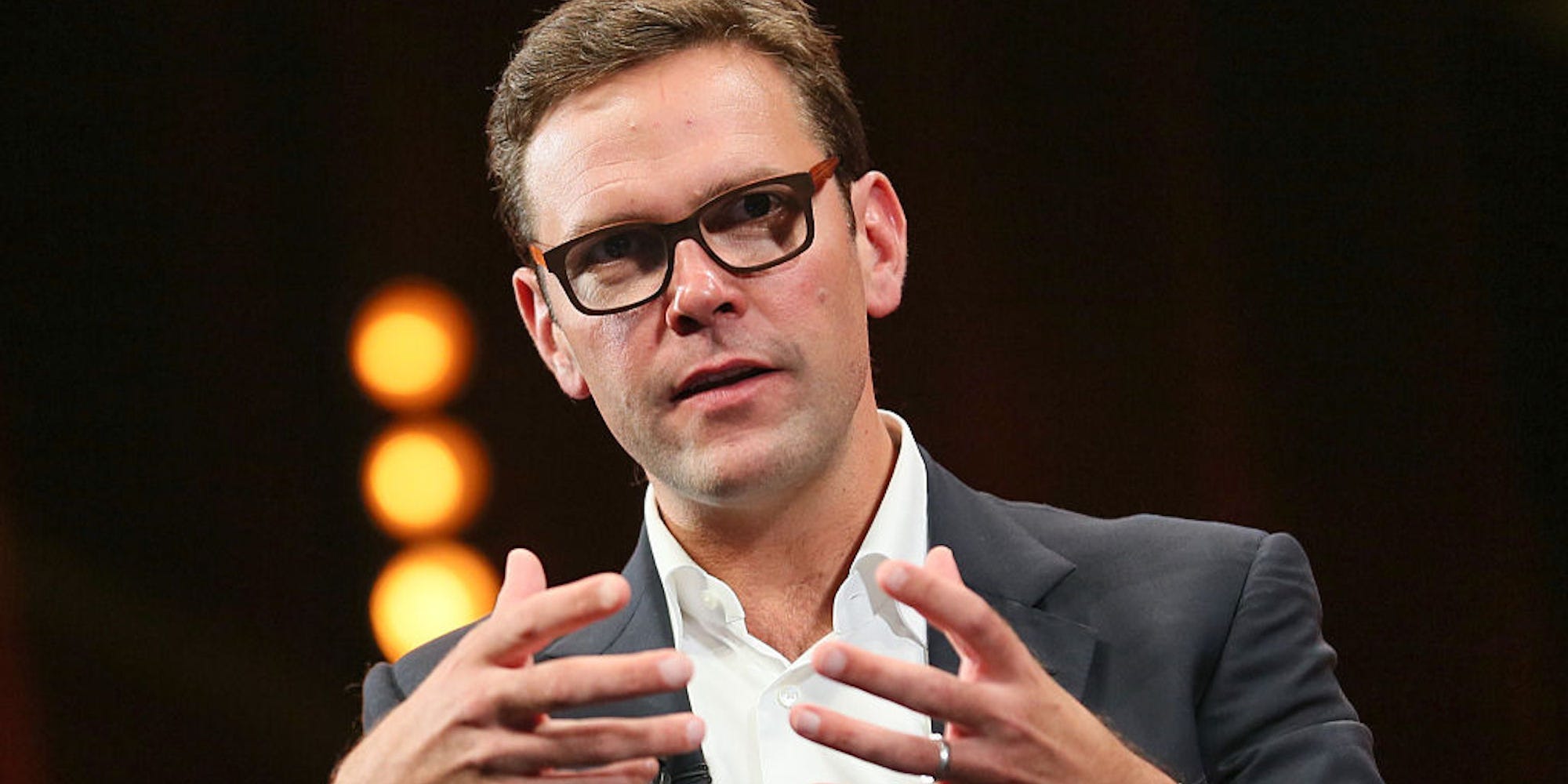 Tony Barson/FilmMagicJames Murdoch attends a Keynote during MIPCOM at the Palais des Festivals on October 13, 2014 in Cannes, France.

James Murdoch, the youngest son ofRupert Murdoch, has publicly attacked “media property owners” and news outlets for their role in promoting false election claims that helped lead to the deadly riots in the US Capitol last week.

In an interview with the Financial Times published on Friday, Murdoch said that the Capitol siege, which resulted in five deaths, is “proof positive that what we thought was dangerous is indeed very, very much so.”

“Those outlets that propagate lies to their audience have unleashed insidious and uncontrollable forces that will be with us for years,” the youngest Murdoch said, according to the FT. “I hope that those people who didn’t think it was that dangerous now understand, and that they stop.”

Murdoch did not mention any news outlets specifically, although Fox News â€” the company owned by his father and eldest brother, Lachlan â€” has previously been criticised for peddling baseless claims of voter fraud following the 2020 election, which was first made by President Trump.

His comments are the strongest rebuke of the industry since he decided to break from the family media empire last year.

Murdoch announced his resignation from the board of directors of News Corp in July. The multinational media company owns several US newspapers including the Wall Street Journal and the New York Post.

In a statement at the time, Murdoch said he chose to leave “due to disagreements over certain editorial content published by the Company’s news outlets and certain other strategic decisions.”

According to several news reports, James and his wife Kathryn were frustrated “with some of the News Corp and Fox coverage” on climate change as wildfires ripped through most of Australia last year.

The youngest Murdoch son has since turned his attention to his foundation called Quadrivium, which according to its website, aims to promote initiatives related to democracy, voter participation, and climate change among others.

In a separate statement that was published after the FT interview, Murdoch and his wife wrote: “Spreading disinformation â€” whether about the election, public health or climate change â€” has real-world consequences.”

“Many media property owners have as much responsibility for this as the elected officials who know the truth but choose instead to propagate lies. We hope the awful scenes we have all been seeing will finally convince those enablers to repudiate the toxic politics they have promoted once and forever,” they added, according to CNN Business.