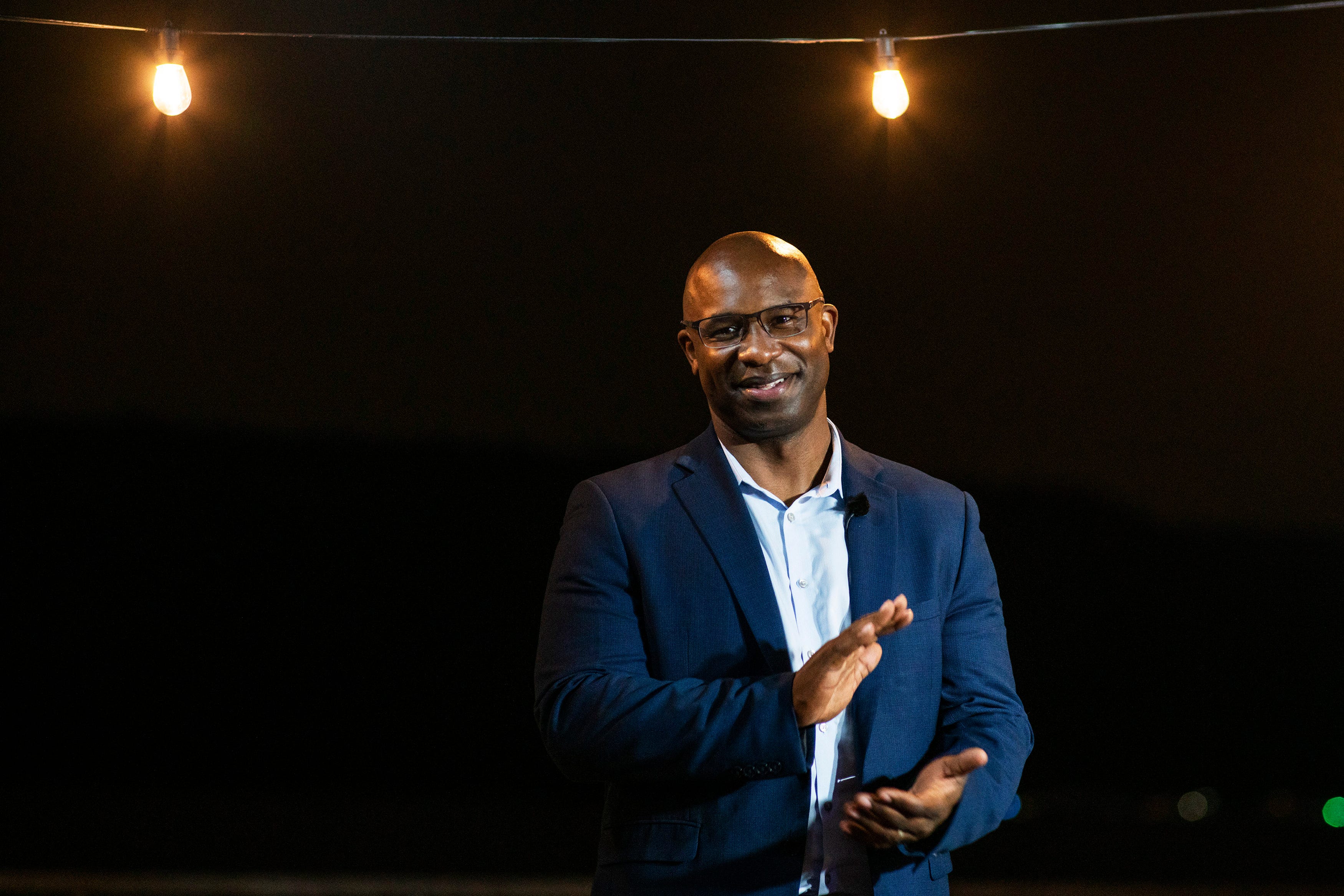 In an effort to fight back against resistance to receiving the COVID-19 vaccine that exists among Black Americans and other minority communities, Rep. Jamaal Bowman on Tuesday received his first vaccination shot on camera.

The New York Democrat and longtime educator, who was sworn into office on Jan. 3, posted a series of videos on his personal and official House of Representatives Twitter accounts, taking followers on his journey as he walked to a medical room to receive the vaccine.

“You know, whenever we go to the doctor as Black people, we bring all that history with us, and the history of systematic racism,” he said. “You see that history play out when we look at the coronavirus … how we’re more likely to catch it, more likely to be hospitalized, and more likely to die from it. It’s because of the comorbidities that exist within the Black community as a result of systemic racism.”

Bowman was candid about his initial reluctance to receive the shot.

“When I say I’m nervous, I’m talking about all that as I go in,” he said. “But I know it’s my responsibility as an elected member of Congress to show the way and lead the way and overcome some of those fears in doing this. There are many public health professionals and organisations that have recently identified racism as a public health crisis, and that’s a huge step in terms of how we recruit, and train, and retain medical professionals and how we deal with the issue of racism explicitly.

He added: “My mother is demanding that I get the vaccination so I gotta listen to her.”

After receiving the shot, Bowman relayed a sigh of relief to his followers.

“I thought it was gonna hurt too, but that actually wasn’t bad,” he said. “Please get vaccinated, we gotta defeat this virus.”

Getting the vaccine could not have been easier. It was nothing. Nearly painless. When it’s your turn, I implore you to take the vaccine. For our kids, our elders, and for our communities. pic.twitter.com/isCta7lcCW

On his House Twitter account, Bowman gave a final overview of the vaccination process, further explaining why communities of colour should overcome their scepticism of the procedure.

“Like way too many people, I unfortunately don’t go to the doctor enough, and there’s a reason for that,” he said. “There’s historical distrust in terms of the medical community and the African-American community in particular. A lot of that distrust has seeped into me…it’s documented history, from Henrietta Lacks to the Tuskegee Experiment, to forced sterilization to the maternal morbidity and infant mortality rate to the comorbidities that currently exist, which leads to African-Americans being disproportionately impacted by COVID.”

Lacks, a Black woman whose cancer cells led to revolutionary scientific breakthroughs, did not explicitly give permission to Johns Hopkins University to use the cells for research, which has angered many Black Americans for years. The Tuskegee Experiment was an unethical study conducted between 1932 and 1972 between US government agencies in which Black men infected with syphilis were left untreated with the disease under the guise of receiving free healthcare.

Bowman, in acknowledging these painful historical events, sought to give minorities ways to think differently about COVID-19.

“When we look at how this virus is just ravaging the entire country â€” Black and brown communities in particular â€” we have to take action and be proactive,” he said. “They observed me for 15 minutes and my next shot is in 21 days, so [I’m] looking forward to that.”