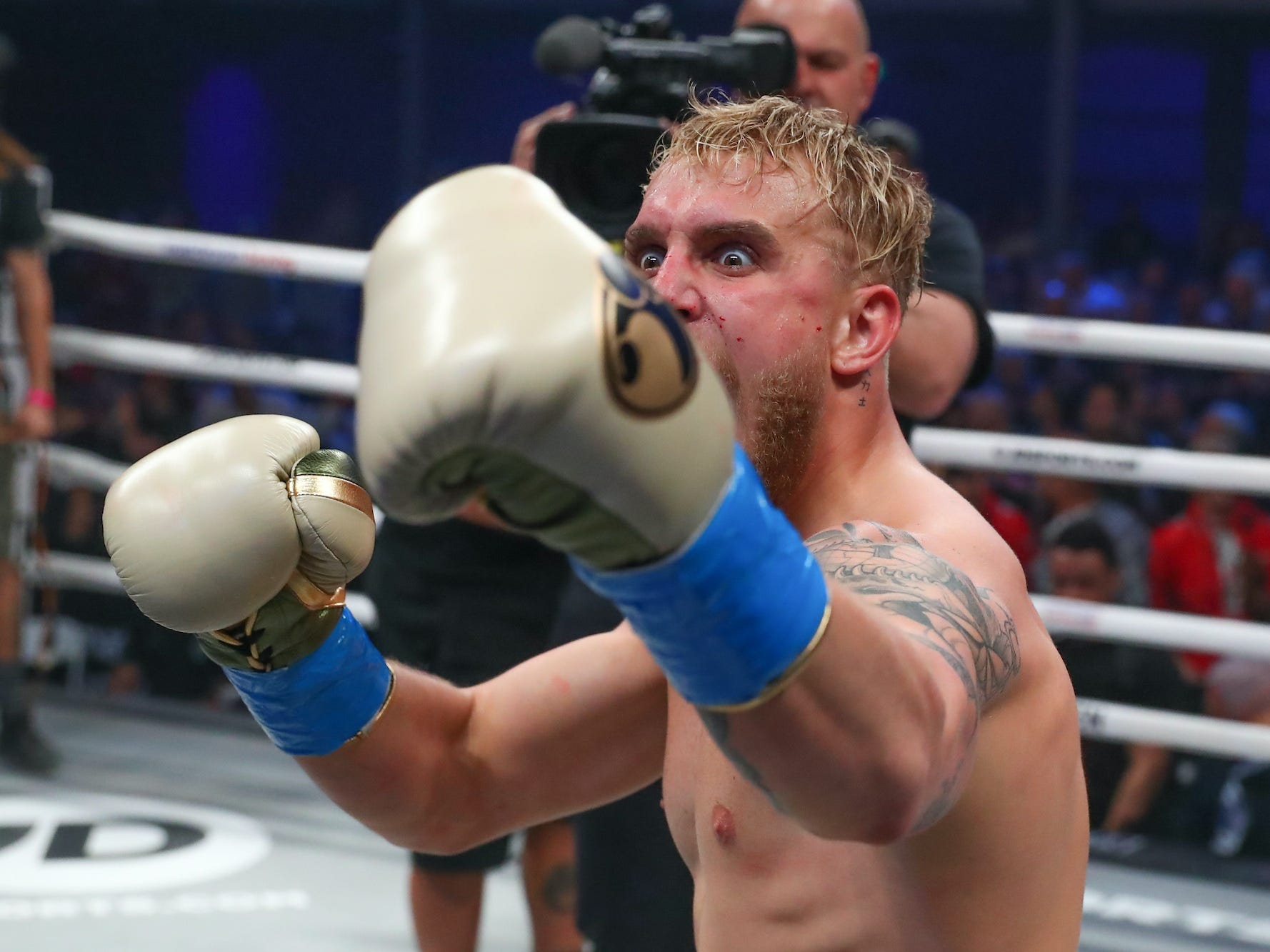 Jake Paul, the 23-year-old YouTube star, scored a knockout against former NBA player Nate Robinson in a boxing match that took place in Los Angeles on Saturday. The match, which served a co-main event to the Mike Tyson and Roy Jones Jr. exhibition at Los Angeles’ Staples Centre, was scheduled for six rounds. However, it was over in two after Paul knocked Robinson out cold.

The reaction was swift and imminent, both in the sports world and on Twitter. Members of the NBA world including Steph Curry of the Golden State Warriors and Joel Embiid of the Philadelphia 76ers commented on the fight, with Embiid simply writing “night night” in a tweet. Other MMA fighters responded positively to Paul’s challenges to meet him in the boxing ring.

Paul knocking out Robinson was what ended up dominating online discourse about the event, with people reacting to the match’s swift end and making memes.

How Jake Paul did Nate Robinson in that fight #tysonvsjones pic.twitter.com/7P1Gni1sj4

*record scratches*
“I bet y’all wondering how I ended up like this…well let me take y’all back to the beginning….” #miketysonvsroyjonesjr #naterobinson #NateRobinsonChallenge pic.twitter.com/UJBN0e3c34

Jake Paul been waiting for Nate Robinson for a long time… #NateRobinsonChallenge pic.twitter.com/AkBudqvC33

As Dextero reported, people also began posing on the ground, posting photos with the hashtag #NateRobinsonChallenge and making memes of his prone figure.

Susan: Ummm excuse me Nathan! You can’t be sleeping on the job hun!

On TikTok, people also made short videos riffing on the fight, even invoking popular games like “Among Us” to make memes.

As for what’s next in Paul’s boxing career, he’s already challenged a variety of MMA fighters to pro boxing bouts, but the jury’s out as to whether they will go as well for him as this one.