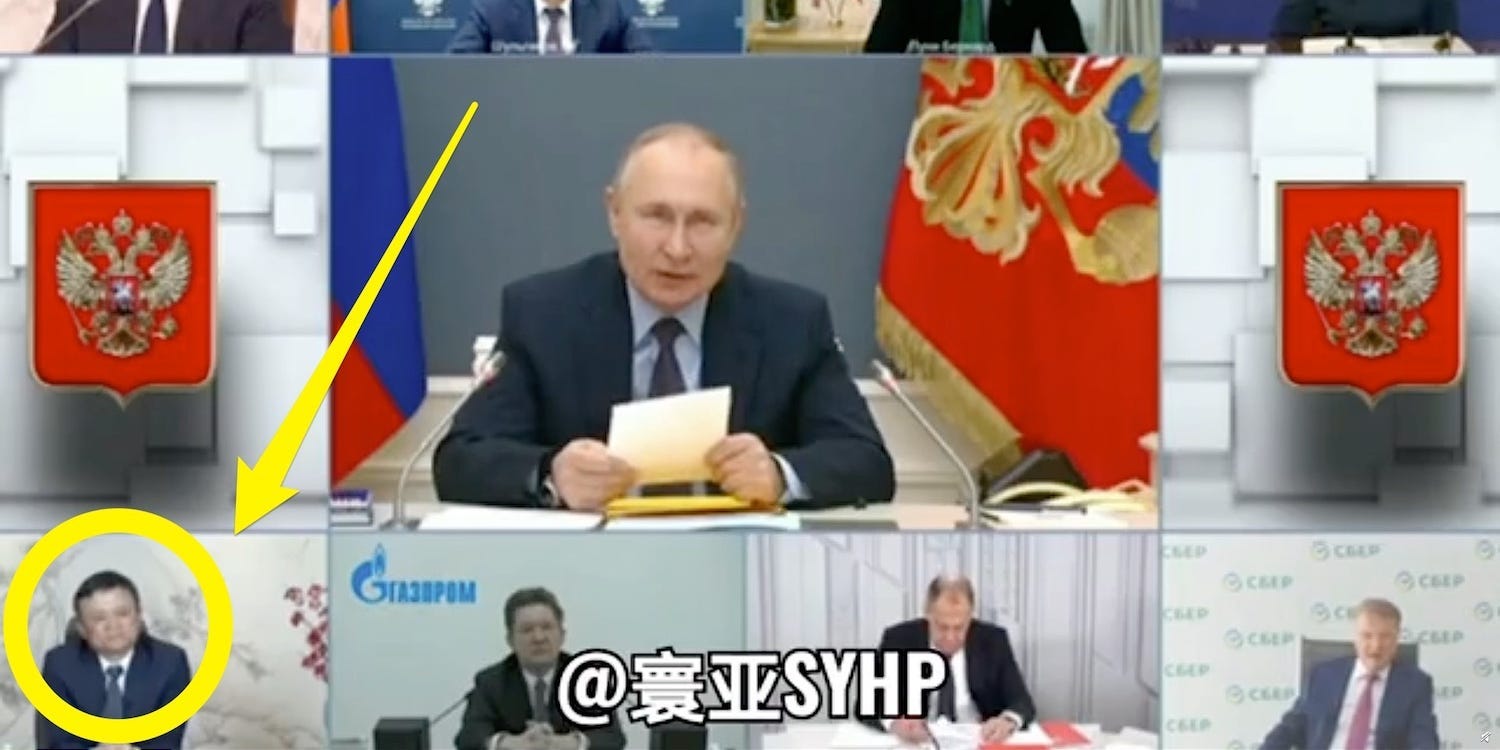 The Chinese billionaire Jack Ma has made his first public appearance since China cracked down on him and fined his companies.

Ma on Wednesday showed up at a videoconference meeting of the Russian Geographical Society with Russian President Vladimir Putin. He is on the group’s board of trustees, but he did not speak at the event.

Ma is no longer the head of Alibaba but remains a major shareholder.

China has for months been cracking down on Alibaba and Ant Group, the financial-services company Ma founded and controls.

Ma was not seen publicly between an October 31 event and a videoconference clip on January 20, prompting widespread speculation over his whereabouts.

His disappearance from public life came after he criticized China’s financial-regulatory system on October 24. And in November, China introduced new regulations that halted the Ant Group initial public offering.

Ant Group announced this week that it had agreed to restructure and allow its work to be overseen more tightly after demands from the Chinese government.

As of Thursday, Ma was the richest person in China, according to Forbes.