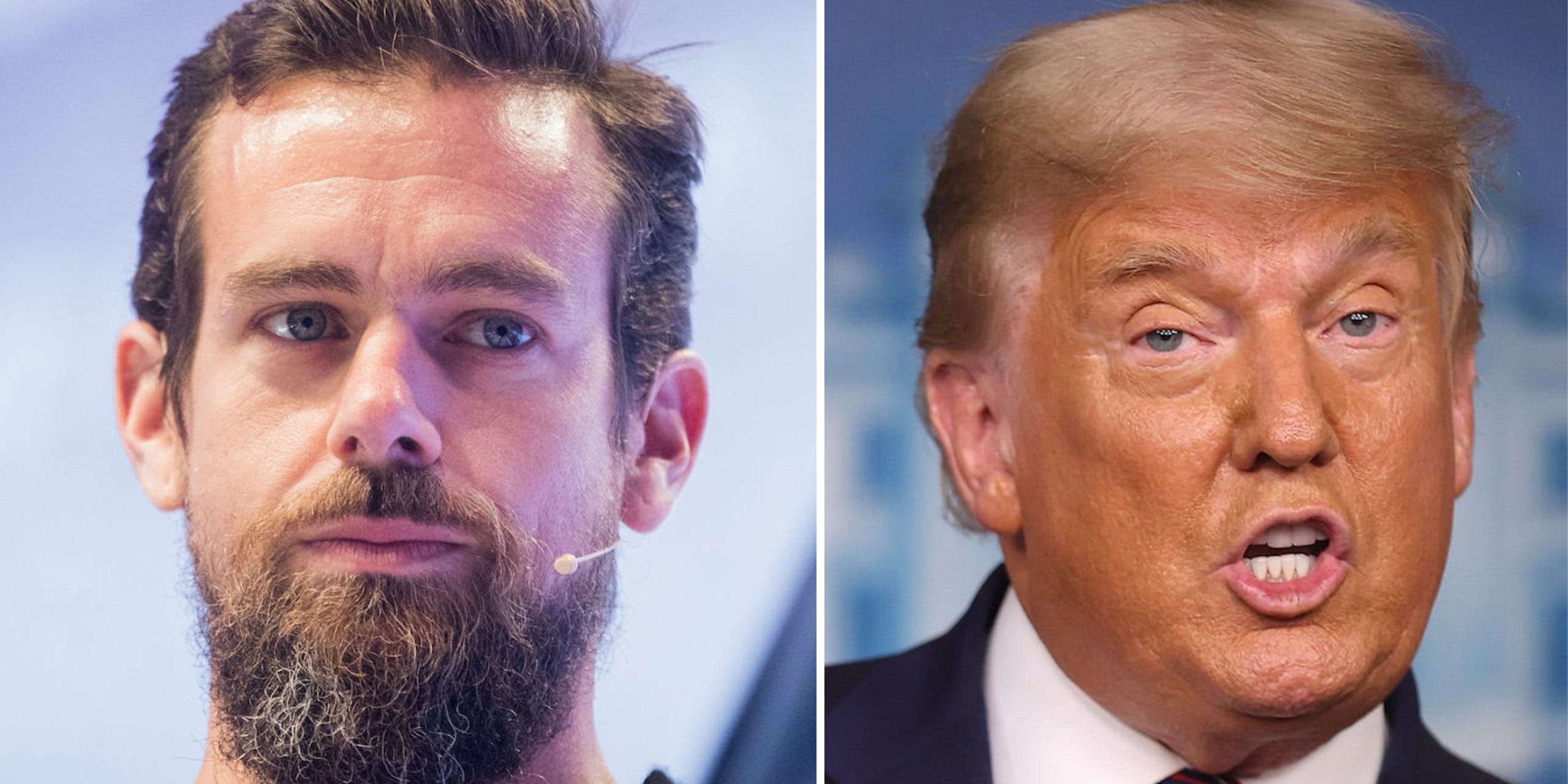 Twitter CEO Jack Dorsey said in a series of tweets on Wednesday that permanently suspending President Donald Trump from the platform “sets a precedent I feel is dangerous: the power an individual or corporation has over a part of the global public conversation.”

Dorsey called the ban “a failure of ours ultimately to promote healthy conversation,” adding: “Having to take these actions fragment the public conversation. They divide us.”

A week earlier, on January 6, a mob of pro-Trump rioters stormed the US Capitol building. The insurrection left five people dead, including a Capitol Police officer, and dozens of other people injured.

Dorsey described the decision to bar Trump as forced because of the effect of Trump’s words. “Offline harm as a result of online speech is demonstrably real, and what drives our policy and enforcement above all,” he said, adding, “I believe this was the right decision for Twitter.”

Before the riot, Trump had repeatedly used his massive footprint on Twitter to promote a “Save America” rally. “Big protest in D.C. on January 6th. Be there, will be wild!” Trump tweeted in late December.


Read more:
Oracle employees say Safra Catz and Larry Ellison don’t talk about their Trump ties internally. After the US Capitol siege, some want action: There’s ‘blood on their hands.’

At the rally, Trump spoke to his supporters in person. “We’re going to walk down to the Capitol, and we’re going to cheer on our brave senators, and congressmen and women,” he said. “We’re probably not going to be cheering so much for some of them, because you’ll never take back our country with weakness. You have to show strength, and you have to be strong.”

During the attack, the president used Twitter to address his supporters. “These are the things and events that happen when a sacred landslide election victory is so unceremoniously & viciously stripped away from great patriots who have been badly & unfairly treated for so long,” he said in a tweet that was later removed. In a video he posted, he told them, “We love you; you’re very special.”

On Friday evening, Trump’s Twitter account was permanently suspended. When Trump attempted to use other accounts associated with his office and campaign, such as @POTUS and @TeamTrump, Twitter removed those messages too.

Twitter’s policing of the sitting US president’s account is unprecedented and marks a major shift in moderation for Trump’s favourite social-media platform.

Twitter was among several major tech platforms to suspend or bar Trump following the attack on the Capitol by pro-Trump rioters: Facebook, Twitter, YouTube, Twitch, and Instagram enacted some form of ban. Platforms that were used in part to organise the attack, such as Parler and Gab, meanwhile, were banned from app stores.

Got a tip? Contact Business Insider senior correspondent Ben Gilbert via email ([email protected]), or Twitter DM (@realbengilbert). We can keep sources anonymous. Use a nonwork device to reach out. PR pitches by email only, please.