It’s been on the down-and-out for some time, and the brand has been leaving some of its steadfast female fans in the dust with its recent styles, which, under creative director Jenna Lyons have strayed from its famed classic styles.

But the company doesn’t blame Lyons, nor does it blame millennials (as many are often wont to do). The company blames sweaters, reports Bloomberg.

This quarter, the brand has gone down 5.2% to $US508.7 million, according to Bloomberg. “The lions share of our women’s issues is isolated to knits and sweaters, which has been an outsize portion of our business,” CEO Mickey Drexler said on a conference call with analysts, per Bloomberg.

He even confessed the retailer “got sloppy,” according to The New York Post.

Drexler told analysts one of this season’s cardigans was ill-fitting, reports Bloomberg, and that the company didn’t have enough of its hit, the Tippi sweater.

“We didn’t have the right cardigan,” Drexler said in a conference call, according to The Post. “…It didn’t fit that well and we didn’t buy enough of the perfect crew. We’ve become a T-shirt destination.”

The off-kilter items the store has been featuring instead have been lampooned by Meaghan Keane onThe Gloss, and Tricia Louvar notably mocked Jenna Lyons for championing such outrageously priced and largely unwearable items on women’s siteThe Hairpin.

In March, Drexler confessed, “we’ve made some missteps over the last year and we are working hard to course correct,” on an earnings call, reports The Wall Street Journal. In the same call, he reportedly admitted, “I don’t think J.Crew women’s looked like J.Crew women’s as much as it could have.”

But all of these misfires were “mistakes,” the CEO said, according to Bloomberg, and that he would focus on “classic” looks, what the company is known for.

Fortunately, the brand can at least count on its sister company Madewell, whose sales are booming, per Bloomberg.

But for now, the brand has other problems brewing beyond sweaters. It recently infuriated many of its female customers by changing its signature ballet flats, proving that it may have a long way to go before it resolves its problems. 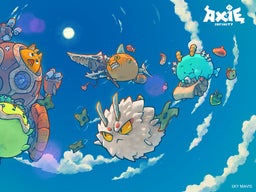