Ivanka Trump and Jared Kushner could be on the move — a College Hunks Hauling Junk truck was just spotted outside their Washington, DC, mansion 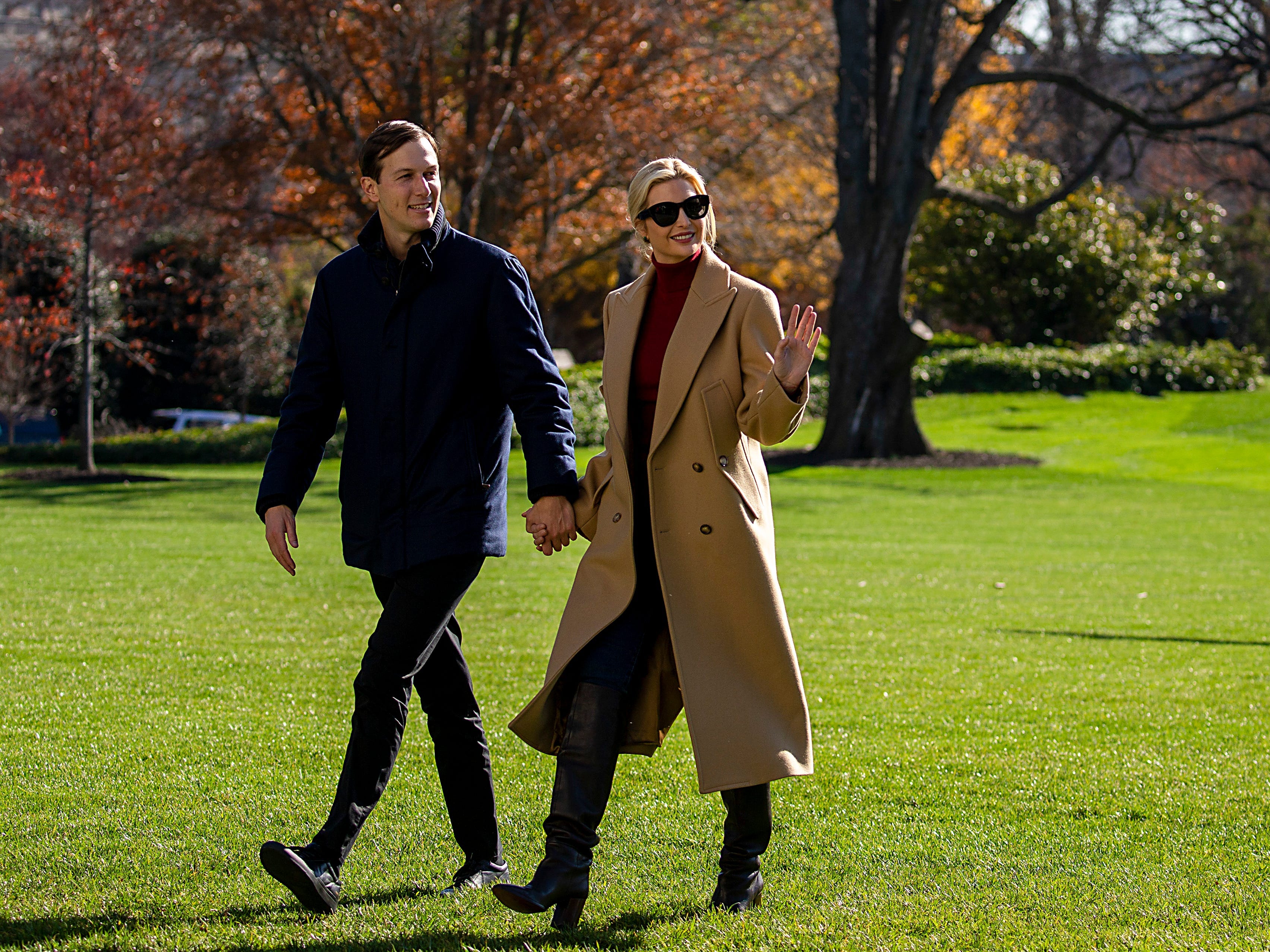 Jared Kushner and Ivanka Trump have been living in a 7,000-square-foot mansion in the ritzy Kalorama neighbourhood of Washington, DC, since early 2017. The residence costs them $US15,000 per month in rent and features modern finishes and sky-high ceilings, according to The Wall Street Journal.

Weeks before President-elect Joe Biden’s inauguration, they might be moving out of it.

Hunter Walker, a Washington reporter for Yahoo News, posted a photo on Twitter Thursday showing what appears to be a moving truck outside the couple’s Kalorama home.

Someone just sent me this photo of moving trucks at Jared and Ivanka's house. pic.twitter.com/fll6OiiBHX

The vehicle in question, a bright-orange truck emblazoned with the well-known College Hunks Hauling Junk brand, could very well just amount to the couple getting rid of unwanted items â€” but it could also signal that the couple is gearing up to leave Washington after Wednesday’s insurrection.

Trump received extensive criticism for a tweet during the insurrection that appeared to refer to rioters as “American patriots,” which she quickly deleted.

The couple would be the latest in a long list of people fleeing big cities for Florida amid the pandemic.

The list includes Kushner’s brother Joshua and his wife, the supermodel Karlie Kloss, who bought a $US23.5 million mansion nearby in August, Page Six reported. Both properties are within an hour and a half drive of “the winter White House,” Mar-a-Lago, where President Donald Trump is expected to decamp to following the end of his term.

The White House didn’t immediately respond to a request for comment from Insider.