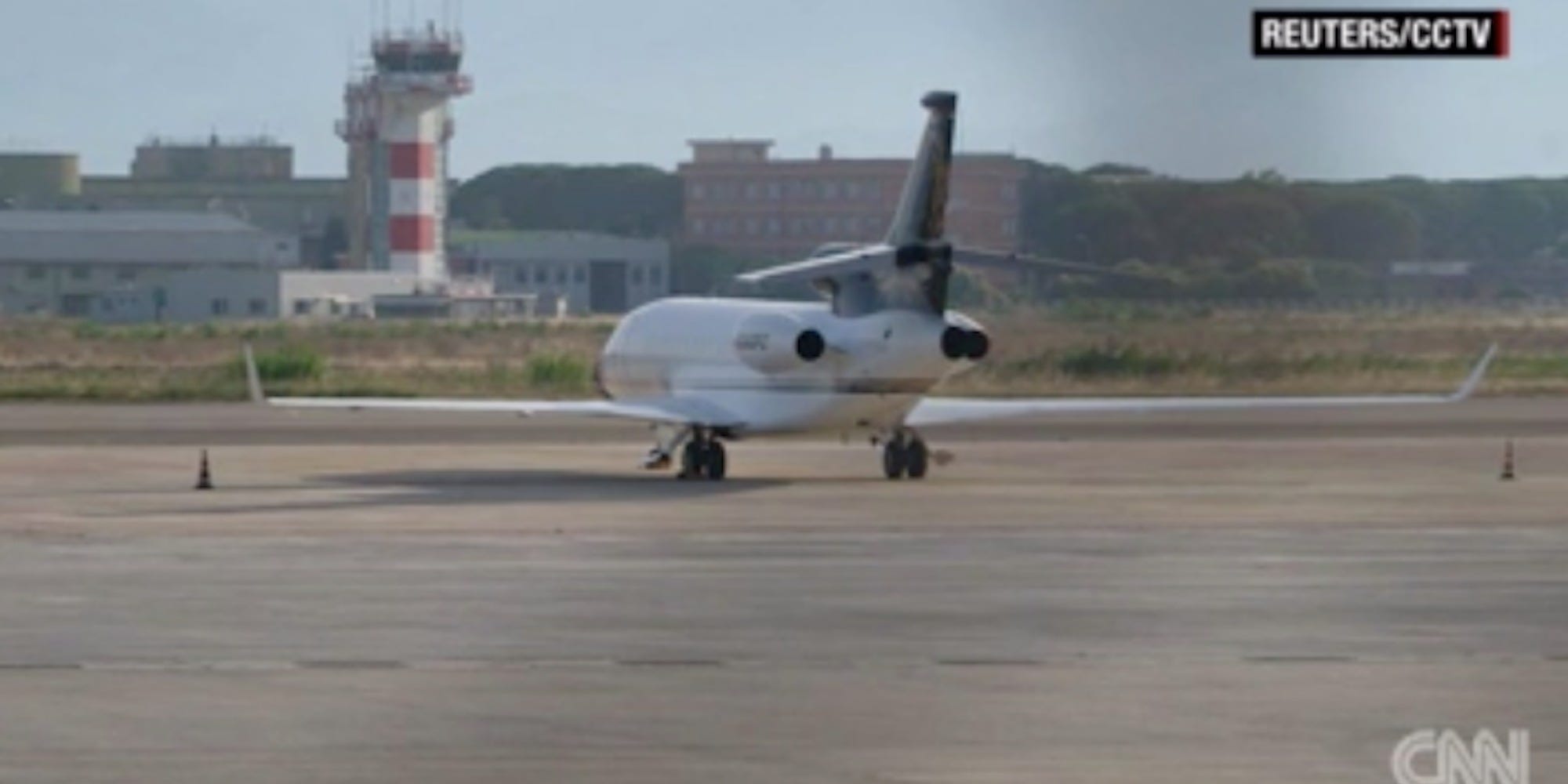 Five Americans were denied entry to Italy after flying from Colorado due to the European Union’s ban on American visitors due to the US’s high volume of coronavirus cases.

The Americans attempted to land in Cagliari Elmas airport on the island of Sardinia on Wednesday, CNN reported. A police spokesperson said they had to leave and did so 14 hours after landing, according to CNN.

But while applying the EU law, regional officials appeared to regret the effect for Americans. Flight durations from Colorado to Italy start at approximately 15 hours.

Gianni Cessa, the tourism head for the Sardinia region, said that he went to the airport “out of a sense of solidarity” with them. “Rules must be respected, but there needs to be some common sense,” he said, The Associated Press reported.

And Christian Salinas, Sardinia’s governor, said that such stories that come have “inflicted grave damage to the international touristic credibility of our island and our sense of hospitality,” according to Italian media reports translated by the AP.

Salinas had previously argued in favour of testing visitors to the island, which relies heavily on tourism, instead of banning them.

The travellers flew on towards Birmingham, England, CNN reported.

But passengers from the US still have to quarantine for two weeks in the UK, which has left the EU, and it is not clear if the travellers disembarked from their plane there, according to CNN.

Local newspaper L’Unione Sarda reported that the group also included visitors from the UK, Italy, and New Zealand who would have been allowed entry, but decided not to in “solidarity” with their American companions. Eleven people were on board in total, CNN reported.

The EU opened up to international travellers from 15 select countries outside of the bloc on Wednesday, but the US was excluded. 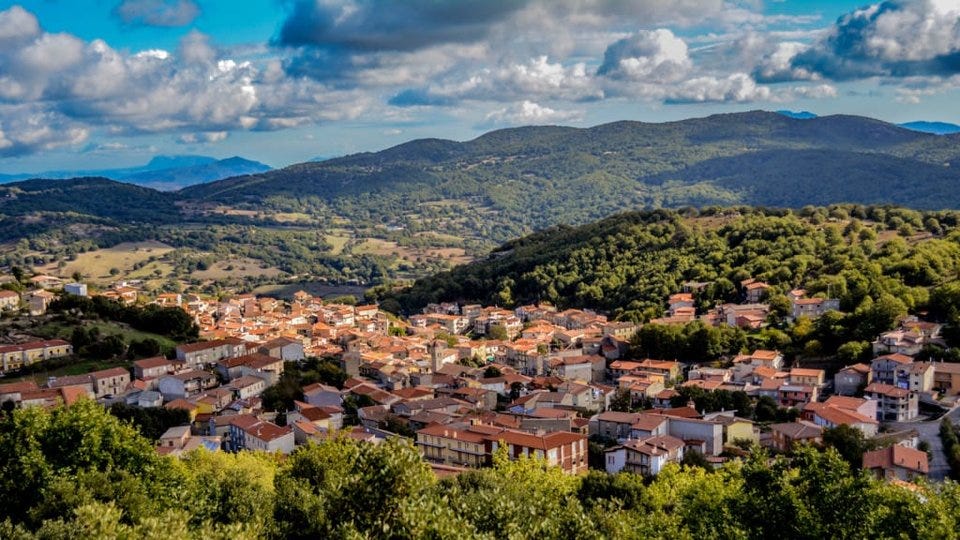 Three EU diplomats told NBC News on Thursday that US coronavirus cases were too high to even be considered for that list with one saying: “The US was never going to make it. Just look at their coronavirus situation.”

Italy was once the world’s worst-hit country, dealing a devastating outbreak before the virus had taken hold in many other countries, overwhelming the health service forcing doctors to make decisions over whose lives to save.

The country has seen more than 241,000 and more than 34,000, and was forced to implement the first a strict lockdown in the West to try and stop the virus is spreading. 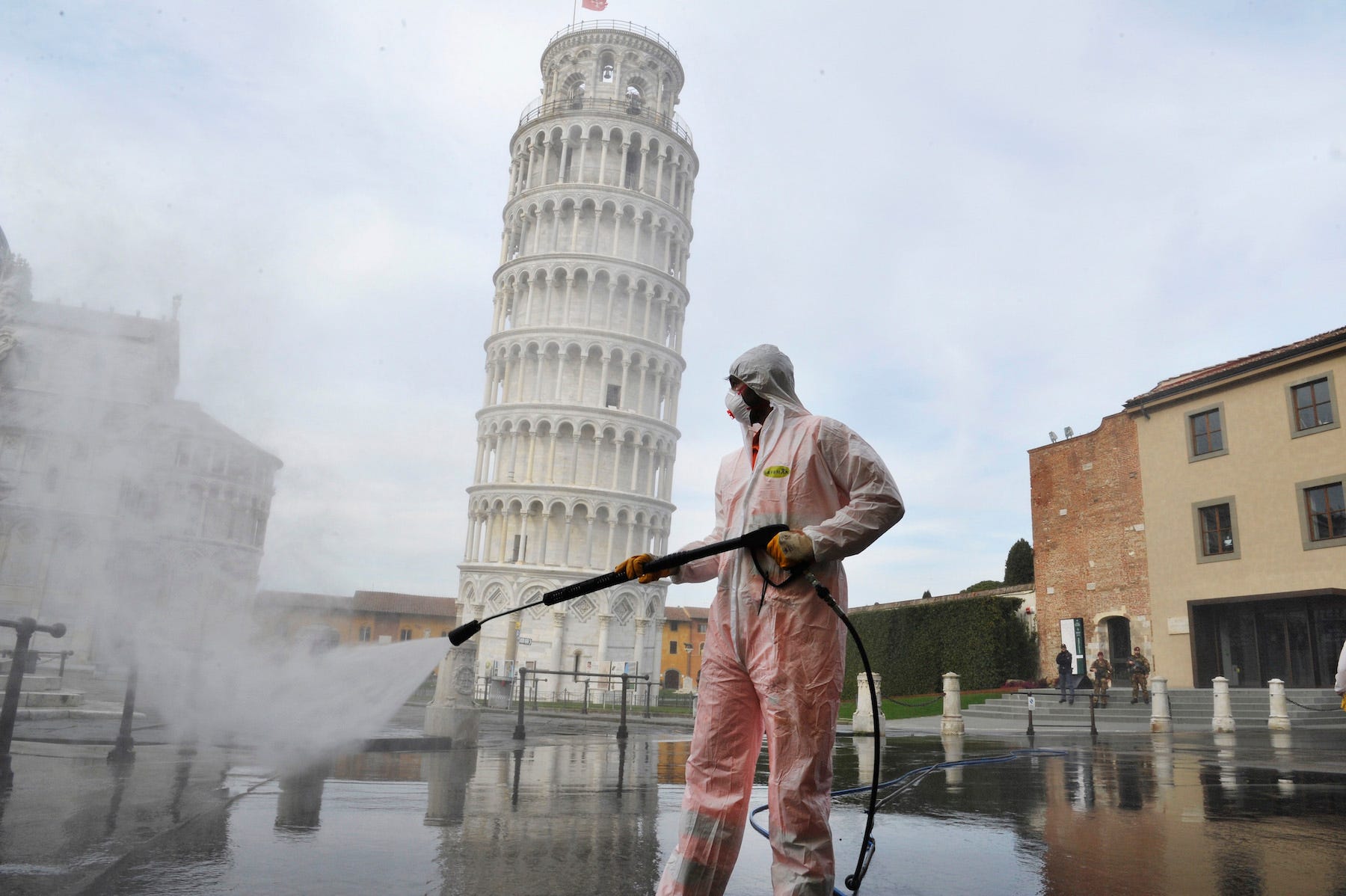 Laura Lezza/Getty ImagesA worker sanitizes the Piazza dei Miracoli near to the Tower of Pisa in Pisa, Italy, on March 17 2020.

But now, like most of Europe, its outbreak has been mostly brought under control, with those restrictions now eased. Its new daily cases are now around 200, compared to more than 5,000 cases a day in March. Deaths are around 20, down from more than 700 a day in March.

In comparison, the US has seen more than 2.7 million cases and more than 129,000 deaths, and many states and regions are currently experiencing their peaks for both cases and deaths.