An Israeli luxury brand designed this $1.5-million face mask to help support its employees during the pandemic 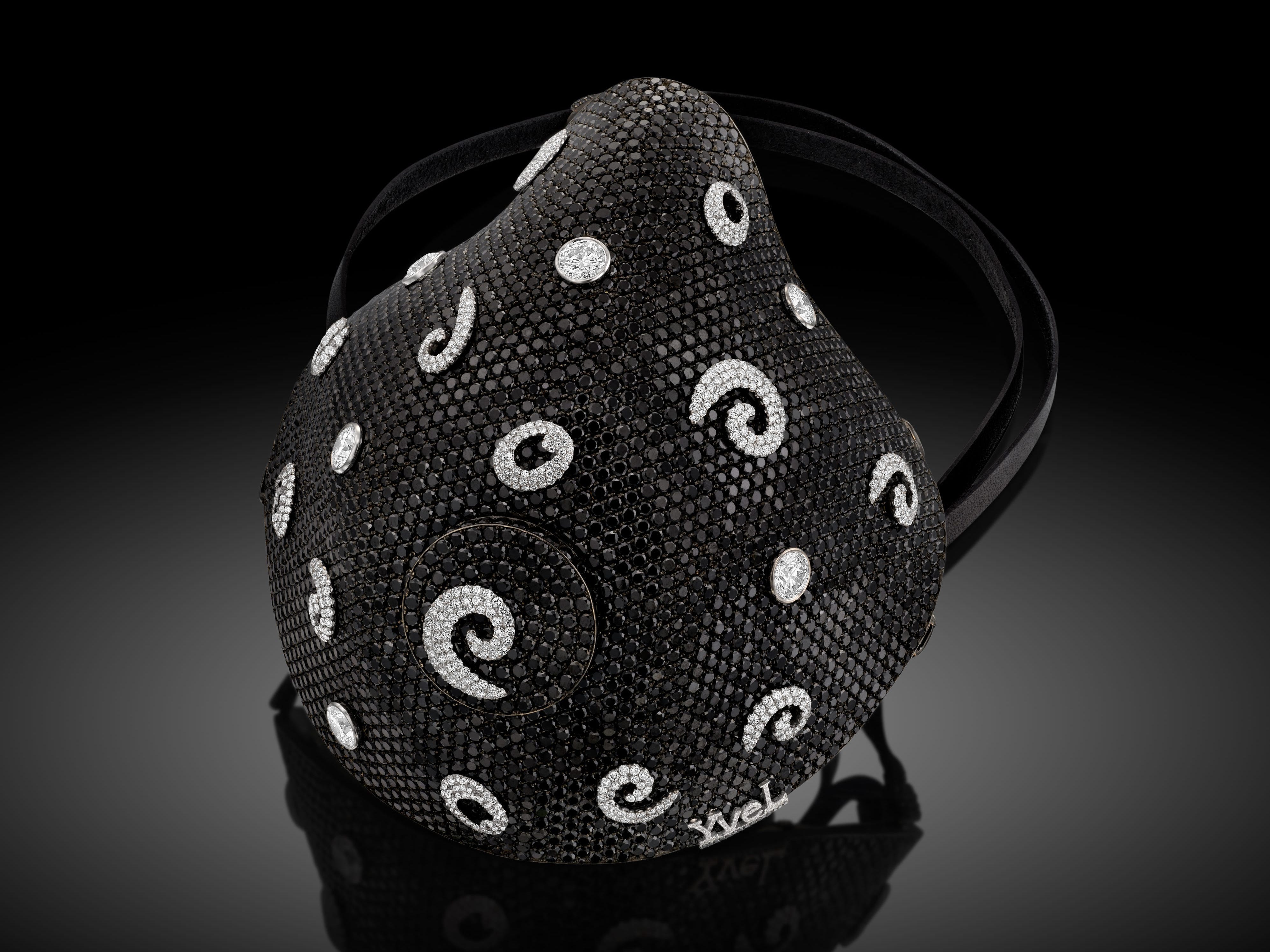 Courtesy of YvelThe $US1.5 million face mask designed by Yvel and sold to a mystery buyer.

Issac Levy, CEO and cofounder of the Israeli luxury jewellery brand Yvel, didn’t set out to make the world’s most expensive COVID mask. But during a period of intense uncertainty, he knew he couldn’t let his employees down.

So after taking a commission from a wealthy businessman who wanted an 18-carat gold face mask with 3,608 natural black and white diamonds, Levy found himself producing a mask worth approximately $US1.5 million over the course of five months. The goal: Use the proceeds to help support the business and compensate all 150 of his employees during the turbulent times of the pandemic.

The final mask weighs about 210 carats and features a slot to insert disposable N99 masks. (The gentleman who bought the face mask requested anonymity “for safety reasons,” Levy told Business Insider, though Harper’s Bazaar Arabia reported it was a “Chinese billionaire from Shanghai.”)

“I know that the world is interested in the glitz and the mask and in the entire exciting thing about producing something so unusual,” Levy told Business Insider. “For us at Yvel, at the end of the day, it’s all about making sure to reach out to the people that need that support in challenging times.”

Founded in 1986 by Levy and his wife Orna, Yvel is best known for its natural pearl and diamond pieces that can run into the thousands of dollars. Yvel pieces have been seen on megastars such as Rihanna and Katy Perry, as well as actresses such as Scarlett Johansson and Bette Midler.

When the pandemic came, Levy said he and a wealthy businessman who was looking to help the company out, went back and forth on ideas for a mask that would cost as little as $US100,000 and as high as $US10 million, Levy said.

Finally, they settled on a price.

“He said, what about a million, and I said, it sounds like a big number. I don’t think there are any masks by that price,” Levy said, adding that “I don’t think money is an issue for him, not because he has a lot of it, but because he knows how to spend it wisely and very generously.” 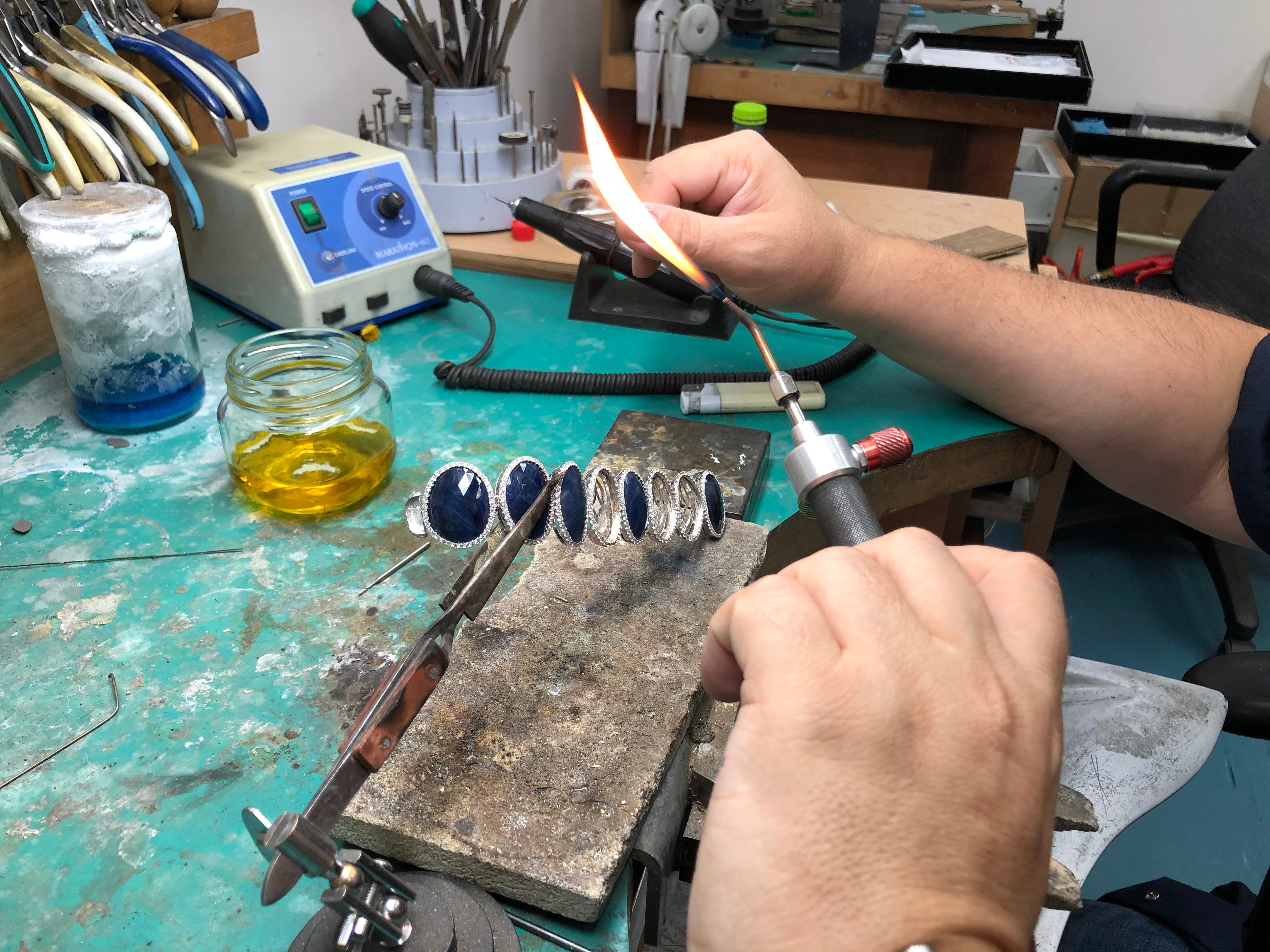 Courtesy of YvelMaking of the jewellery for the mask

The mask ended up costing more than that, which was “fine” for the mystery buyer, Levy said. It took Yvel five months to make the mask, working many 12-hour workdays.

Production was the longest part, and Israel had two lockdowns in between, meaning Yvel had to get a special permit from the government to keep working with up to 30% of the company’s 150 employees.

Next, they had to design the mask and put it together. Sourcing the gems was not hard, he said. They had enough gold to work with, and enough black and white diamonds, alongside a “strong and smart team” that could put the mask together.

The hard part was making a design that would allow the mask to fit the disposable N99 mask which would allow it to become FDA compliant, he said. 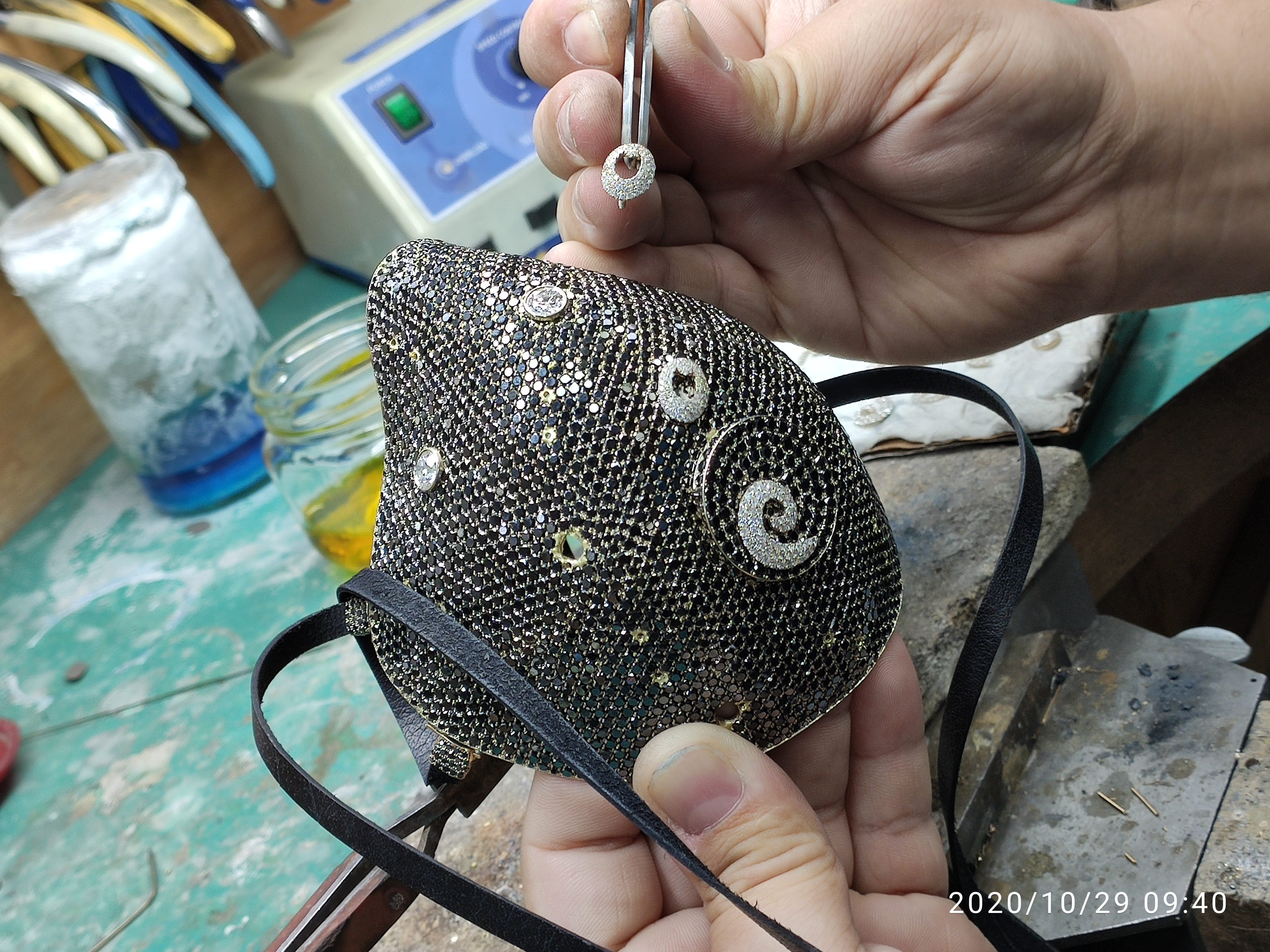 Courtesy of YvelPlacing the stones on the mask

“So we made three [layers],” Levy said. “One part is the outside part, the gold, and the diamonds. The second part is the actual mask. And the third part is a piece of gold on the inside that divides between the mask and the gold pieces.”

The result is a mask that weighs 210 carats â€” or about the size of a grapefruit, as Levy said. It has a rubber tie that allows for a secure placement around the head. And it is by far the most expensive mask in the world.

The second-most expensive, made by famed hip-hop jeweller Jacob Arabo, is priced at a mere $US250,000.

Yvel was able to complete the mask rather quickly, Levy said. Sometimes it takes them five, eight, eleven years to produce one piece of jewellery. “So five months was really not that big of a deal,” he said.

The mask was officially sold to the mystery buyer in November for a record $US1.5 million. The money was set to be split among Yvel employees for the first day of Hanukkah, which was Thursday, December 8.

“They will be getting all the proceeds of this mask that will cover the difference between what the government paid to the employees during the time that they didn’t work and the salary they were supposed to receive in the last nine months,” Levy said. 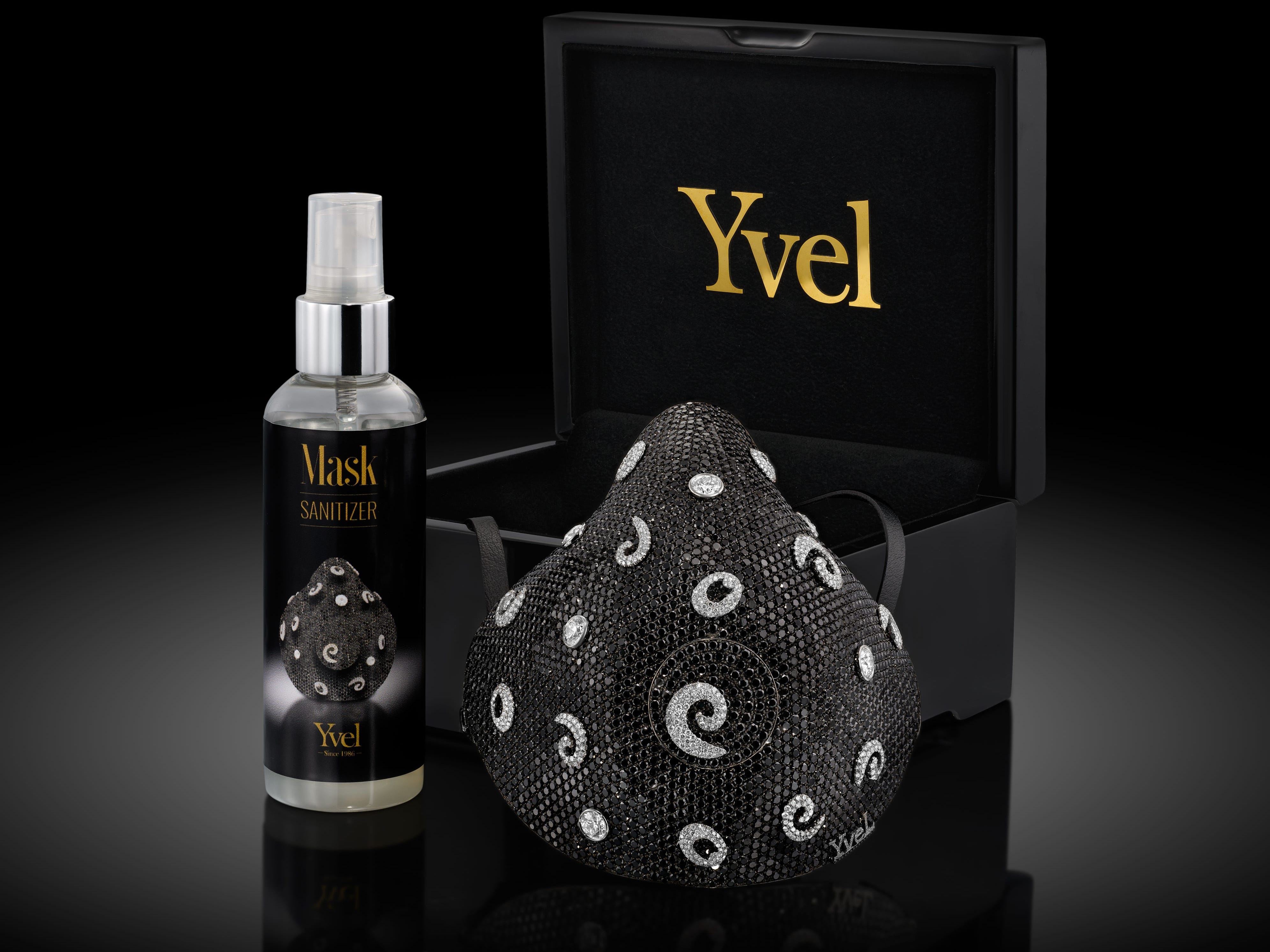 “They will be able to go back home with enough funds to be able to support their families for the next few good months to come.”

As for the mask, Levy said he doesn’t know what will become of it, though he doesn’t think the buyer is going to “wear it to the supermarket.” Maybe it will go to an art museum. It could be at Sotheby’s or Christie’s one day, Levy said.

“I try to give the space to the people I respect,” he continued. “I don’t want them to think that I follow what they do with their money.”

But he knows for sure that he never wants to make another COVID-19 mask again. It was a fine experience, and he was happy to be apart of it. But it’s not what he wants his legacy to be.

“I don’t think this is my role in this world, to create COVID masks,” he said. “I would rather design beautiful jewellery for beautiful people than a COVID mask in a pandemic.”