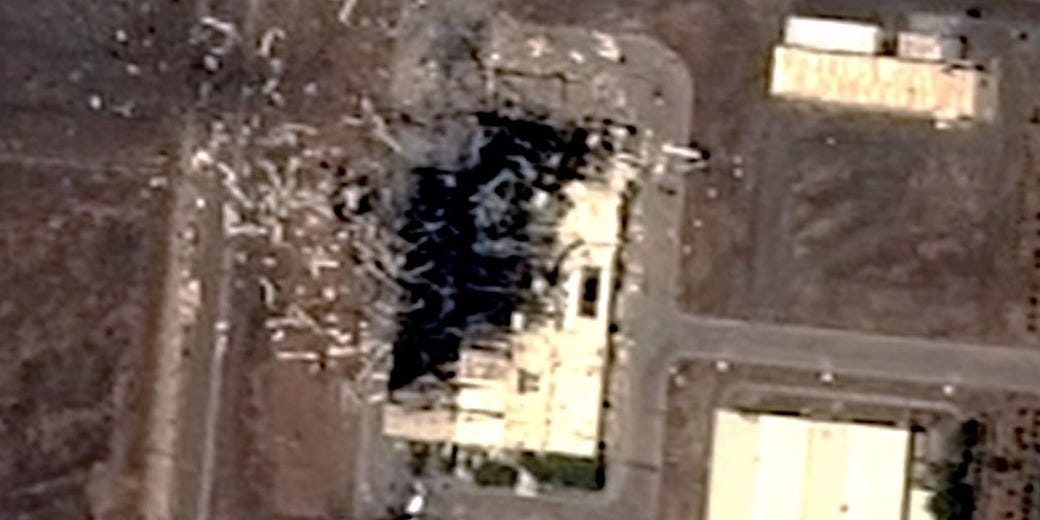 Google Earth/CNES/Airbus via Institute for Science and International SecurityA satellite image of the Iran Centrifuge Assembly Centre building at Iran’s Natanz Enrichment Site on July 4, two days after an explosion.

Israel is involved in an extended campaign to pressure or damage Iran before President Donald Trump can be voted out of office in the November election, a former Israeli defence official and a current European Union intelligence official told Insider.

Iran has seen weekly incidents, including explosions at a missile-production facility on June 22; the Natanz nuclear facility, Iran’s largest uranium-enrichment centre, on July 2; and an important shipyard in the port city of Bushehr on Wednesday. 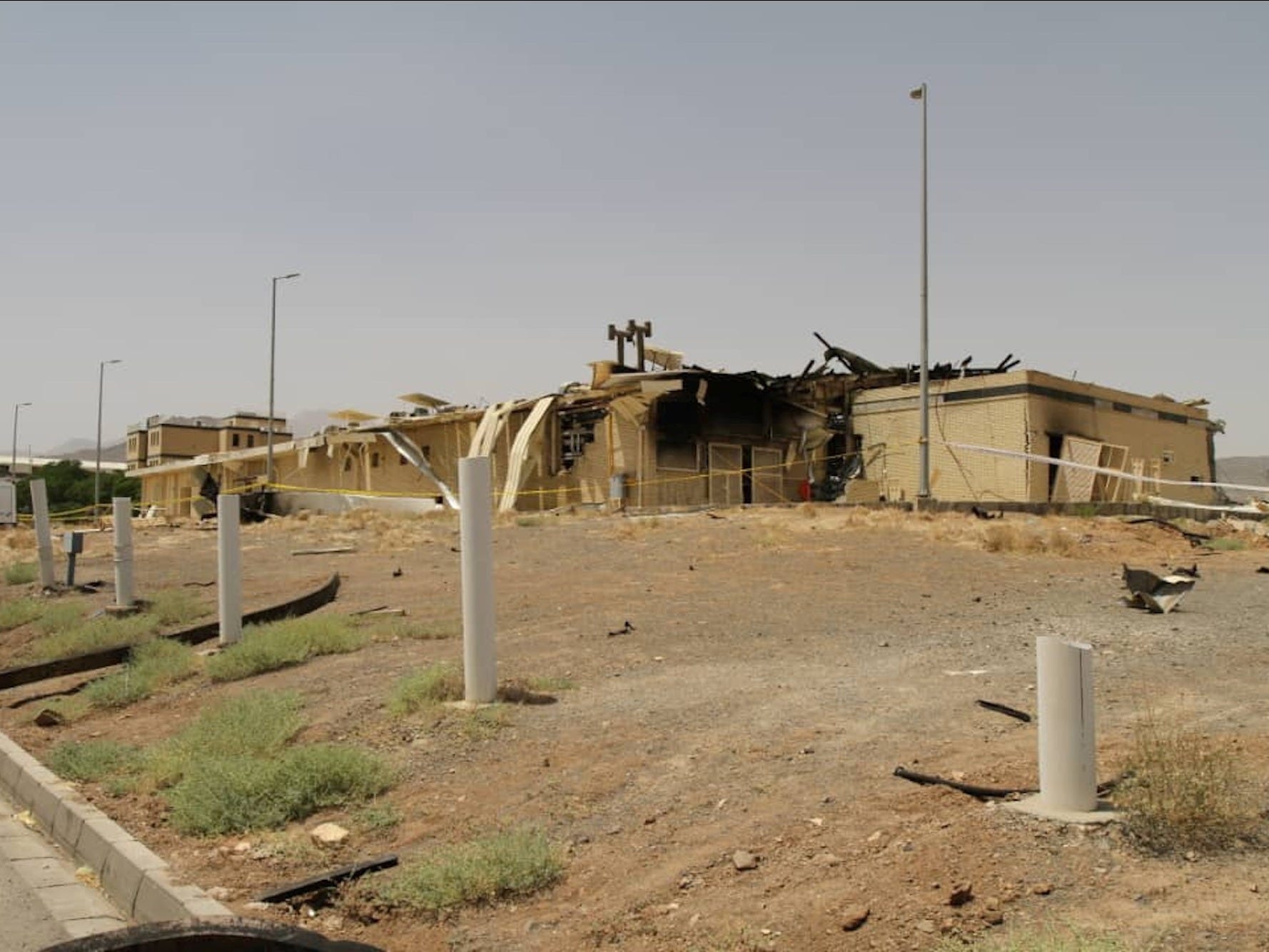 ReutersA damaged building after a fire broke out at the Natanz nuclear facility in Iran on July 2.

These attacks have put the country on edge, with nearly daily reports of fires, explosions, and other mishaps treated as potential foreign sabotage.

A Middle Eastern official told The New York Times earlier this month that Israel’s intelligence services were responsible for the nuclear-facility explosion. Israeli Foreign Minister Gabi Ashkenazi said at a press conference on July 5 that in regard to Iran, “we take actions that are better left unsaid.”

Iranian officials said most of the reported incidents were normal accidents but that in a handful of cases, enemy saboteurs were suspected.

“I don’t know which ones exactly and wouldn’t tell you anyway because the entire point is for the Iranians to feel considerable stress trying to decide what might have been our work,” they said.

The former official spoke on condition of anonymity, citing fears of repercussion, but their identity is known to Insider. 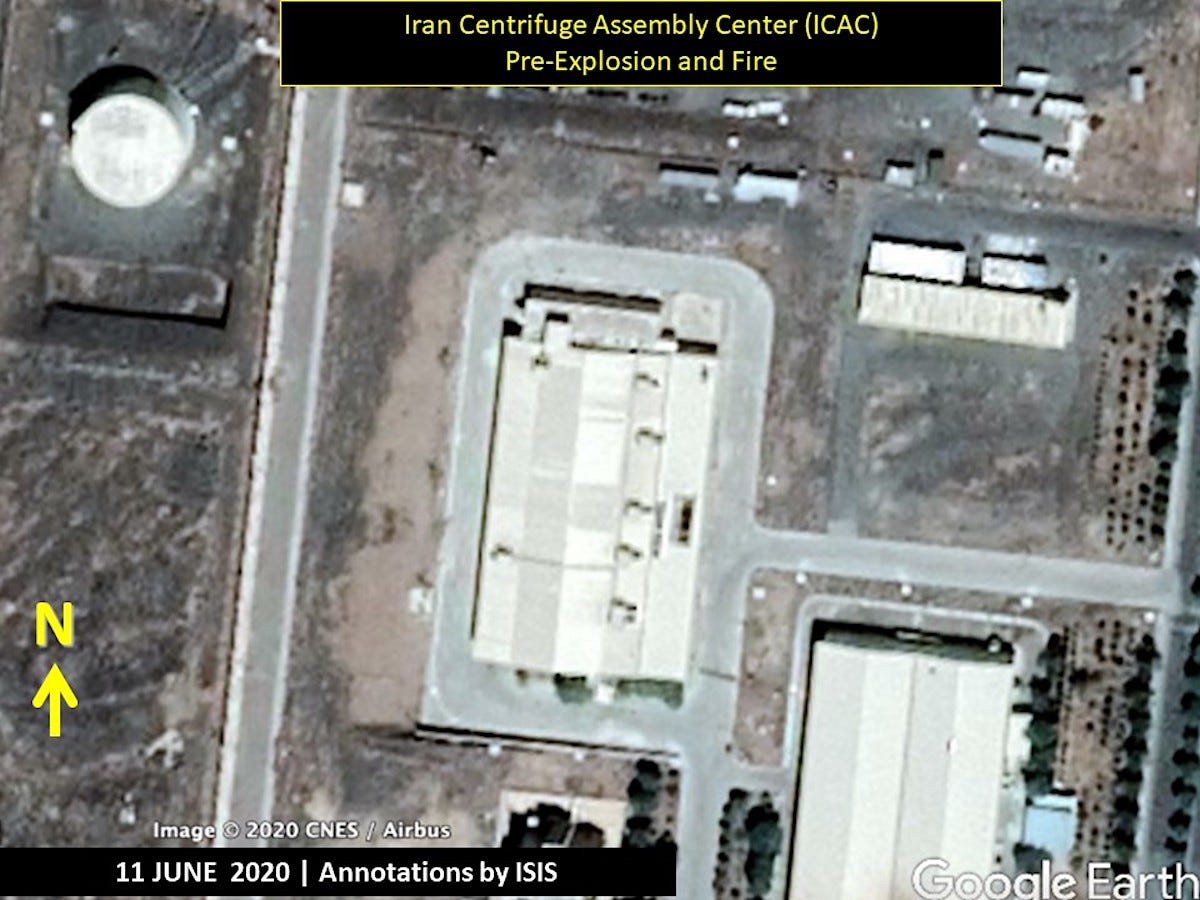 Google Earth/CNES/Airbus via Institute for Science and International Security 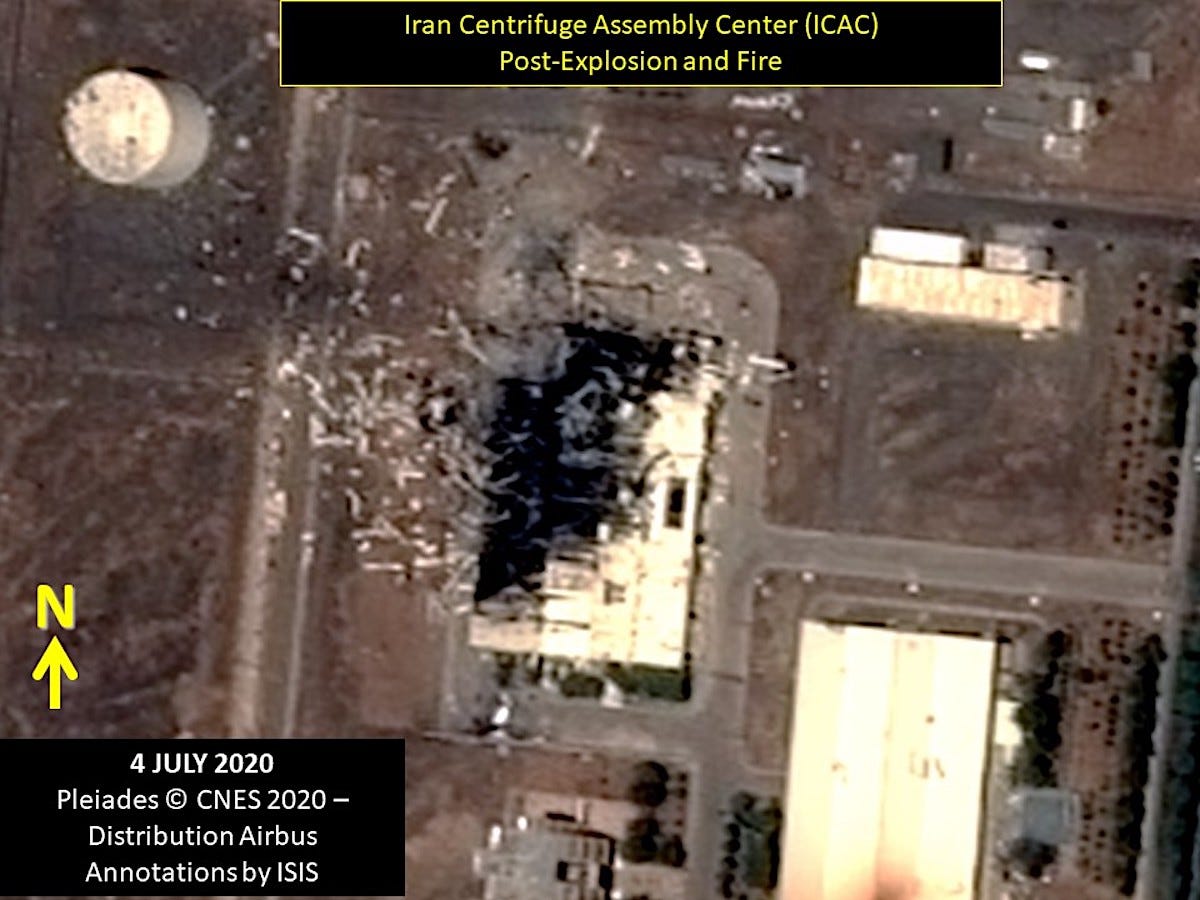 Google Earth/CNES/Airbus via Institute for Science and International Security

The Israeli government’s ongoing policy on Iran is clear, the former official added.

“It’s been decided to follow the Trump administration’s lead of exerting ‘maximum pressure’ on the Iranians,” they said, referencing the US’s economic-sanctions policy directed toward Iran.

The attacks appear to be part of a campaign of “maximum pressure, minimal strategy,” said the EU intelligence official, who spoke on condition of anonymity because they cannot be named discussing active intelligence matters. Their identity is known to Insider.

The source said Iran could be considering a rash response after exhibiting relative patience in the wake of the January assassination of top commander Qassem Soleimani in a US drone strike.

“It’s one thing to ask hard-liners to take the long view on an incident like Soleimani in light of the worldwide COVID crisis and a host of other factors,” the official told Insider, referring to the shift in global attention to the coronavirus pandemic. “It’s another thing to conduct a rapid series of operations without a strategy, and I fear the Israeli plan here is to provoke an Iranian response that can turn into a military escalation while Trump remains in office.” 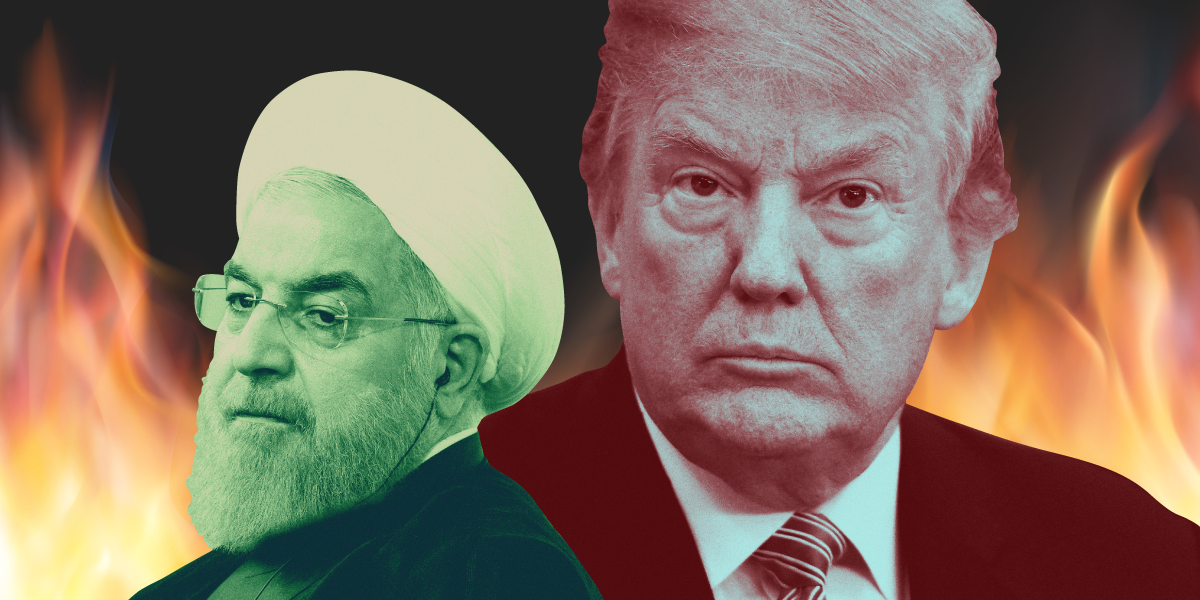 With a broad belief among America’s allies that Trump is unlikely to win reelection, Israel’s apparent shift in tactics toward high-pressure “kinetic” operations seem to reflect a belief that under a Biden administration, there would be a move to save the 2015 nuclear deal that had been scuttled by Trump.

“There would be a lot less appetite for adventures and secret missions to blow up nuclear facilities under a Biden administration,” said the EU official.

When they were asked how much American allies would use the outcomes of the 2020 presidential election in making policy determinations, the official was blunt.

“There’s a reason we all follow your elections and watch CNN,” the official said.