Amir Levy/Getty ImagesScientists examine the body of a dead fin whale that washed up from the Mediterranean Sea on February 21, 2021 in Nitzanim, Israel. Vets carrying out an autopsy on the young whale found black liquid in its lungs, suspecting links to oil spills along the Israeli shoreline.

Israel on Wednesday accused Iran of intentionally orchestrating a massive oil spill near its shores in early February.

Israeli officials said the ship that caused the pollution was a Libyan-owned oil tanker suspected of smuggling oil from Iran to Syria.

More than 90% of Israel’s 193km Mediterranean coastline was covered in an estimated 1000 tons of black tar due to the spill, the Associated Press reported, marking one of the worst ecological disasters in the country’s history. Gamliel said the incident was a willful act of “environmental terror,” vowing to “sue for compensation for all citizens of Israel.”

Iranian officials have not commented on the matter and Iran’s UN Mission in New York did not immediately respond to a request for comment from Insider. 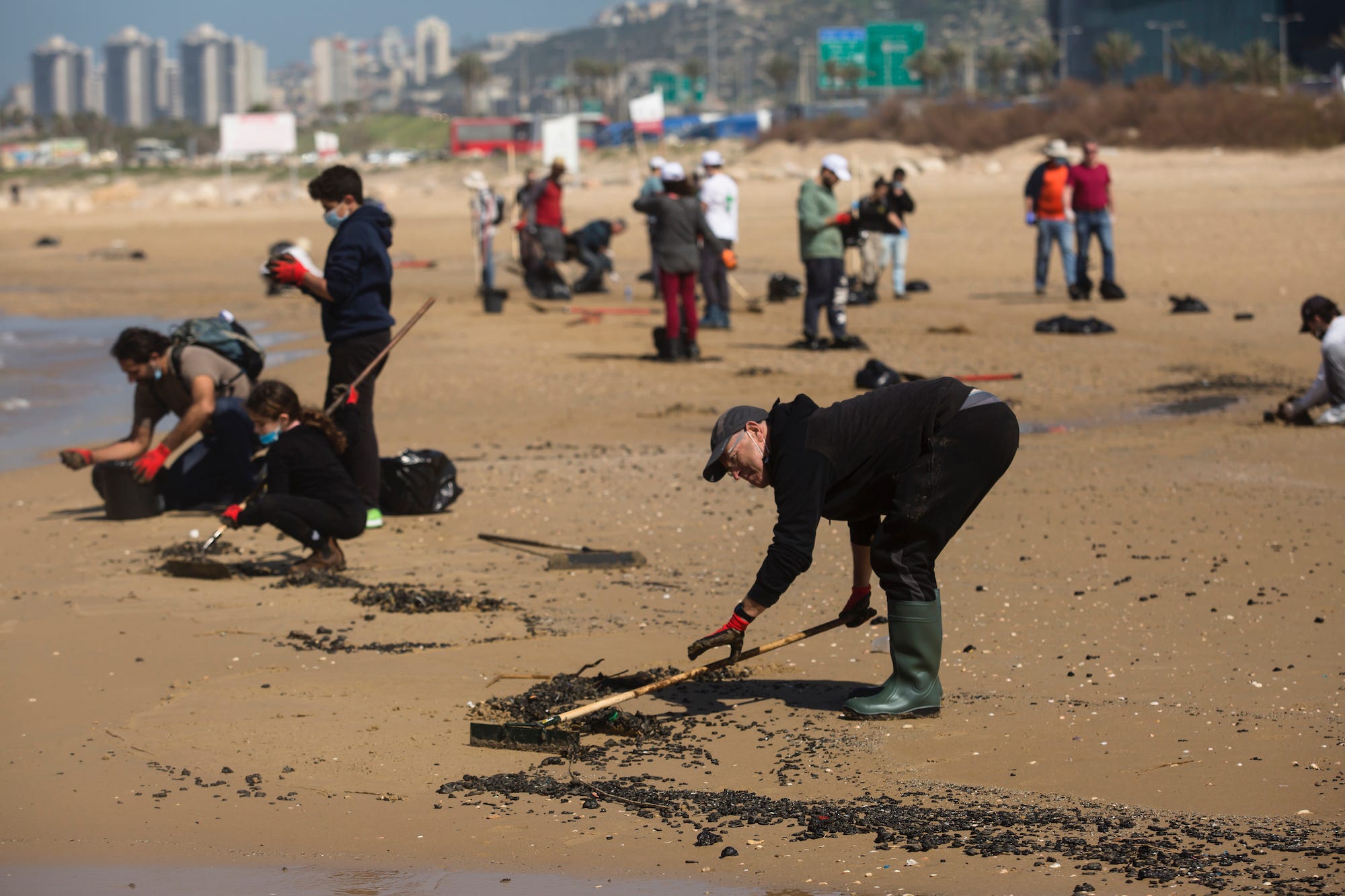 Amir Levy/Getty ImagesIsraelis clean tar from the sand after a suspected oil spill off covered Israel’s coast with tar on February 25, 2021 in Haifa, Israel.

“It was indeed an act by Iran, that’s clear,” Netanyahu said on Monday, per the Associated Press. “Iran is the greatest enemy of Israel, I am determined to halt it. We are hitting it in the entire region.”

Tehran has rejected the allegations.

Amid heightened tensions between Washington and Tehran linked to then-President Donald Trump’s “maximum pressure” campaign and his decision to withdraw from 2015 nuclear deal, the US in 2019 accused Iran of being behind attacks on oil tankers in the Gulf of Oman.

The contentious dynamic between the US and Iran has carried over into the Biden era, even as the new administration seeks to revive the 2015 deal.

On Thursday, President Joe Biden ordered airstrikes in Syria against Iran-backed militias in retaliation for a rocket attack in Irbil, Iraq, in mid-February that killed a foreign contractor and wounded a number of Americans. Biden said that the strikes were meant to send a message to Iran to “be careful,” warning that Tehran can’t act “with impunity.”