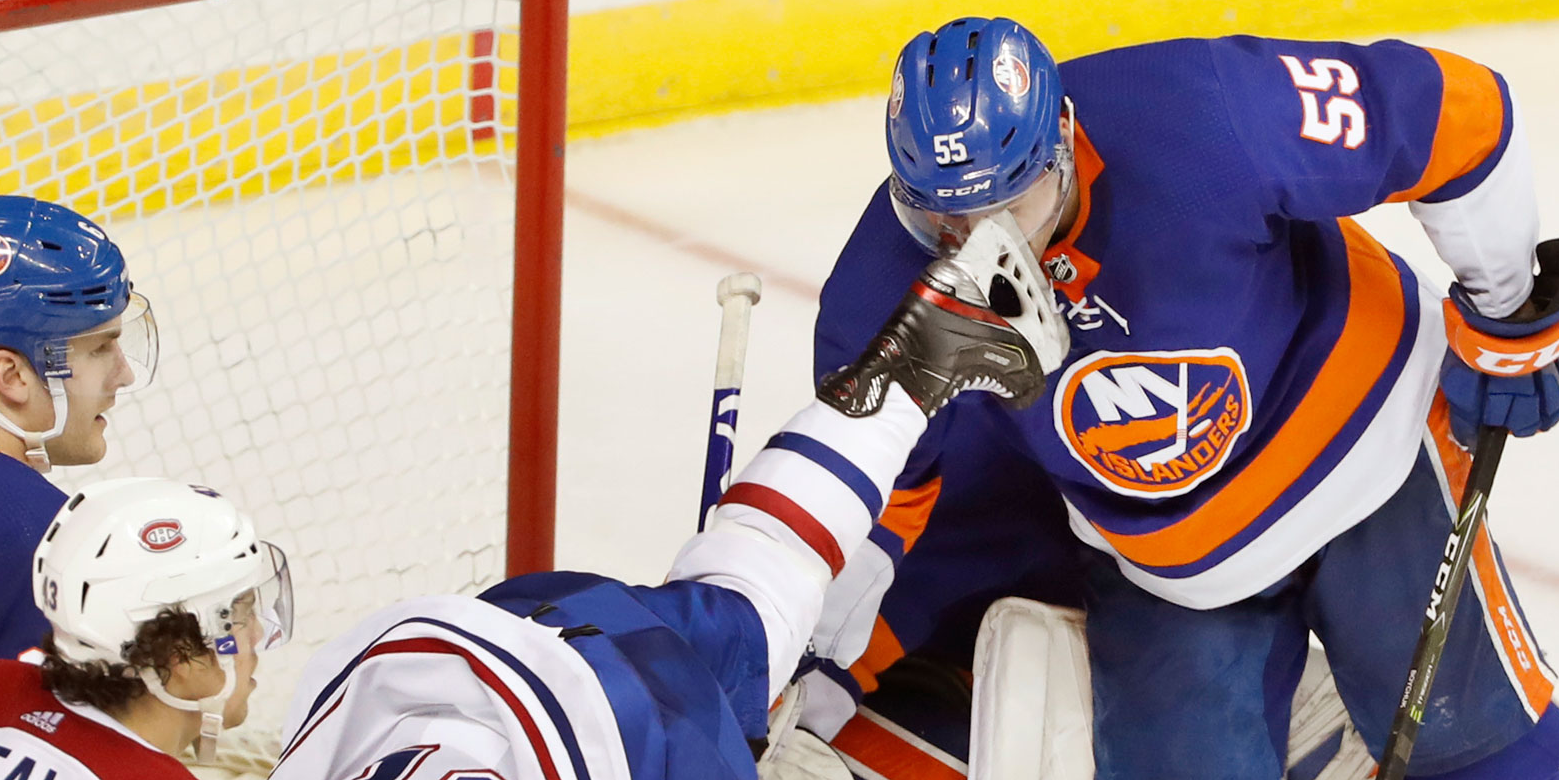 AP Photo/Kathy WillensNew York Islanders defenseman Johnny Boychuk had a scary moment on the ice on Tuesday night, with a skate grazing his eyelid.

New York Islanders defenseman Johnny Boychuk was on the bad end of a scary collision on Tuesday night while facing off against the Montreal Canadiens.

As Boychuk fought for position in front of the Islanders net, Canadiens left wing Artturi Lehkonen fell face forward towards the ice, shooting his leg up behind him, at which point his skate made contact with Boychuk’s face.

Boychuk immediately scrambled off of the ice to seek medical attention.

Warning: Some may find this video disturbing.

On Twitter, fans sent messages of support towards Boychuk after the scary scene.

I don’t care what team you root for, this is horrifying to see. Skate comes up and cuts Johnny Boychuk in the face. Hopefully it missed his eye. #isles pic.twitter.com/hOdKId1a3r

This is scary. As a hockey player, there's nothing scarier than seeing skates get up around the neck/head area of a player. Hope Boychuk is ok. That's gonna be a nasty cut. https://t.co/cd3PK7OveW

After the game, Lehkonen spoke with reporters about the moment, expressing concern for Boychuk.

“My skate hit him in the face. I really hope I didn’t hit him in the eye or anything like that, but it was scary for sure,” Lehkonen said. “I felt it right away that it hit somewhere high. I just turned around and … I didn’t know really what to do.”

Artturi Lehkonen shares his thoughts after his skate hit Johnny Boychuk in the face. pic.twitter.com/TeXpkzSZjb

Boychuk would need 90 stitches to treat his injury, but according to Islanders president and general manager Lou Lamoriello, he was doing well all things considered.

“He had quite a night. … He felt the skate blade hit his eye, but fortunately it just got the eyelid and they took 90 stitches to fix,” Lamoriello said, per ESPN. “He’ll be fine. It’s just a matter of time with the eye opening up.”

On Wednesday, Boychuk indicated as much, tweeting out his thanks for all of the fans that kept in their thoughts.

Thank you to everyone for the positive messages and thoughts! I am extremely grateful. Please know they did not go unheard. Luckily for me the skate only cut my eyelid. Sorry for the late response…facial recognition wasn’t working… thank you again my friends. Johnny B

After such a terrifying moment, it’s good to see Boychuk already making jokes about the injury. Knowing hockey players, he’ll likely be back out on the ice before we know it.