Yes, the PS4 is forward compatible with the PS5 — here's all the PS4 games and accessories that work on PS5

Guillaume Payen/SOPA Images/LightRocket via Getty ImagePlayStation 4 games and other accessories can be used with the new PS5 console.

Suppose you’re an owner of Sony’s Playstation 4, and you’re thinking of upgrading to the next generation PlayStation console. In that case, there are several things you should take into consideration before deciding to put down $US500 for a PS5.

While the PS5 has faster loading speeds, 3D audio tech, a 4K UHD Blu-Ray drive, and more, one of its most significant features benefits PS4 console owners. Because the PS5 is largely backward compatible, this means that many elements of the PS4 experience are also forward compatible.

Forward compatibility is when an older console’s software can work on a newer console. In this case, many PS4 games are forward compatible, meaning they can run on a PS5.

Here’s what you should know about the PS4’s forward compatibility.

The PS4 is forward compatible

Nearly every game released for the PlayStation 4 will also run on the PlayStation 5. All you’ll need to do is insert the disk, or transfer the data using a USB storage drive or Wi-Fi transfer.

There are only eight PS4 games that can’t transfer over to the PS5. They are:

Sony has also claimed that every game published for the PS4 from this point forward will also be playable on the PS5.

If you own newer big-budget titles like “Call of Duty: Warzone,” “Cyberpunk 2077”, or “Watch Dogs: Legion,” your games might also be eligible for a free next-gen upgrade when you port them over to your PS5. These upgrades will ideally offer better graphics and performance speed.

Not all titles are upgradeable, however, and not all upgrades are free. Several games can be upgraded, but you might need to pay for it. The games’ publishers, not Sony, determine the upgrade cost.

And while it’s great that there are some PS5 games playable on the PS4, you may want to be selective about the number of titles you bring to your PS5. Its limited storage capacity can fill up fast, and may quickly force you to invest in an external hard drive.

Which PS4 games are forward compatible 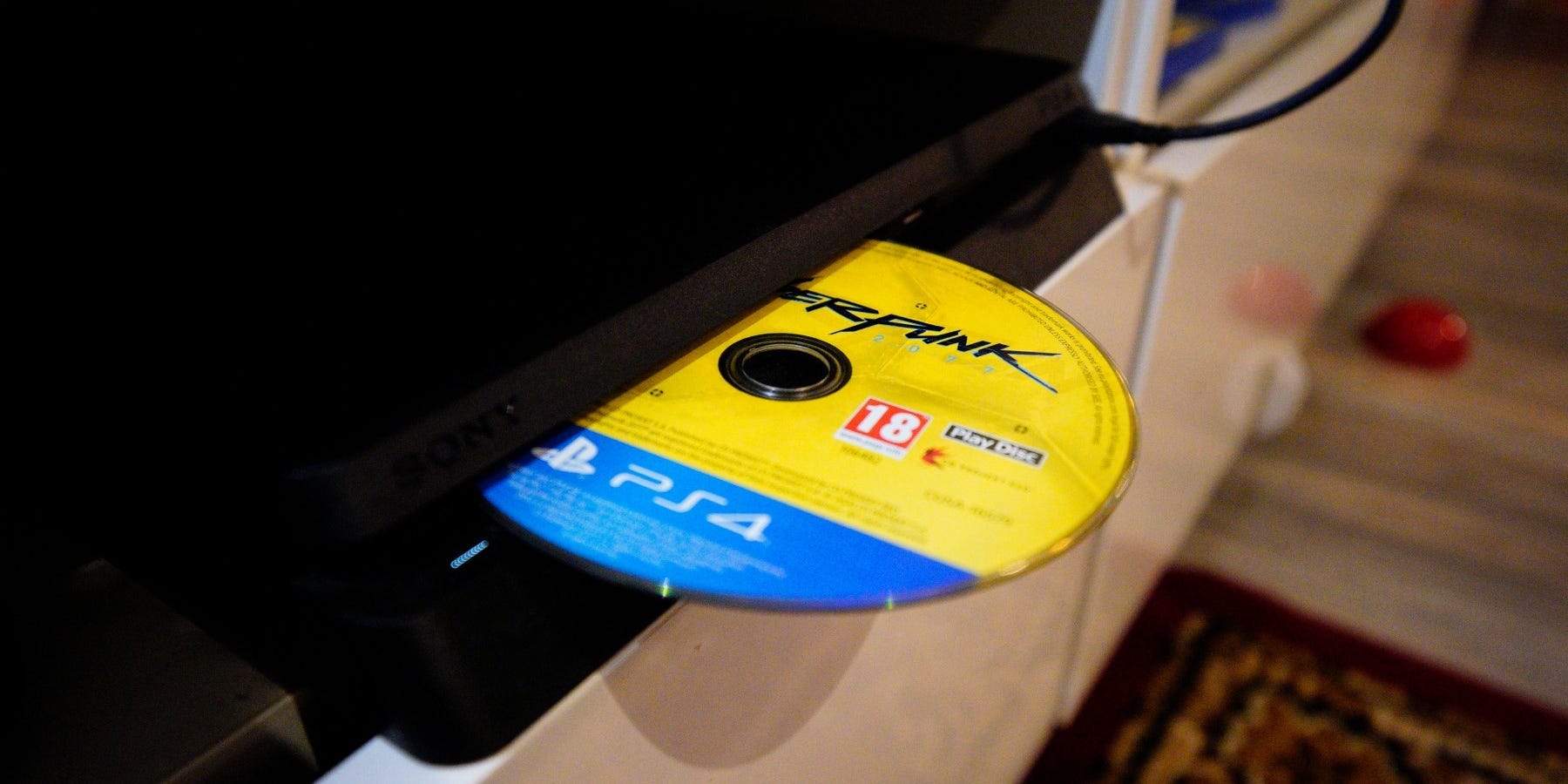 Jaap Arriens/NurPhoto via Getty Images‘Cyberpunk 2077’ can be played on either console.

Several PS4 games can receive a free or paid upgrade right now. Here’s a list of the currently available free games, followed by the paid upgrades. Some of the paid options come in bundles, and may have fine print noting that it’s not an upgrade but a save transfer option.

By using your PlayStation Network login information, you can quickly transfer save data between the consoles. Sony has also said that while most games on the PS4 work with the PS5, games that involve the PS VR and camera may require some adjustments. 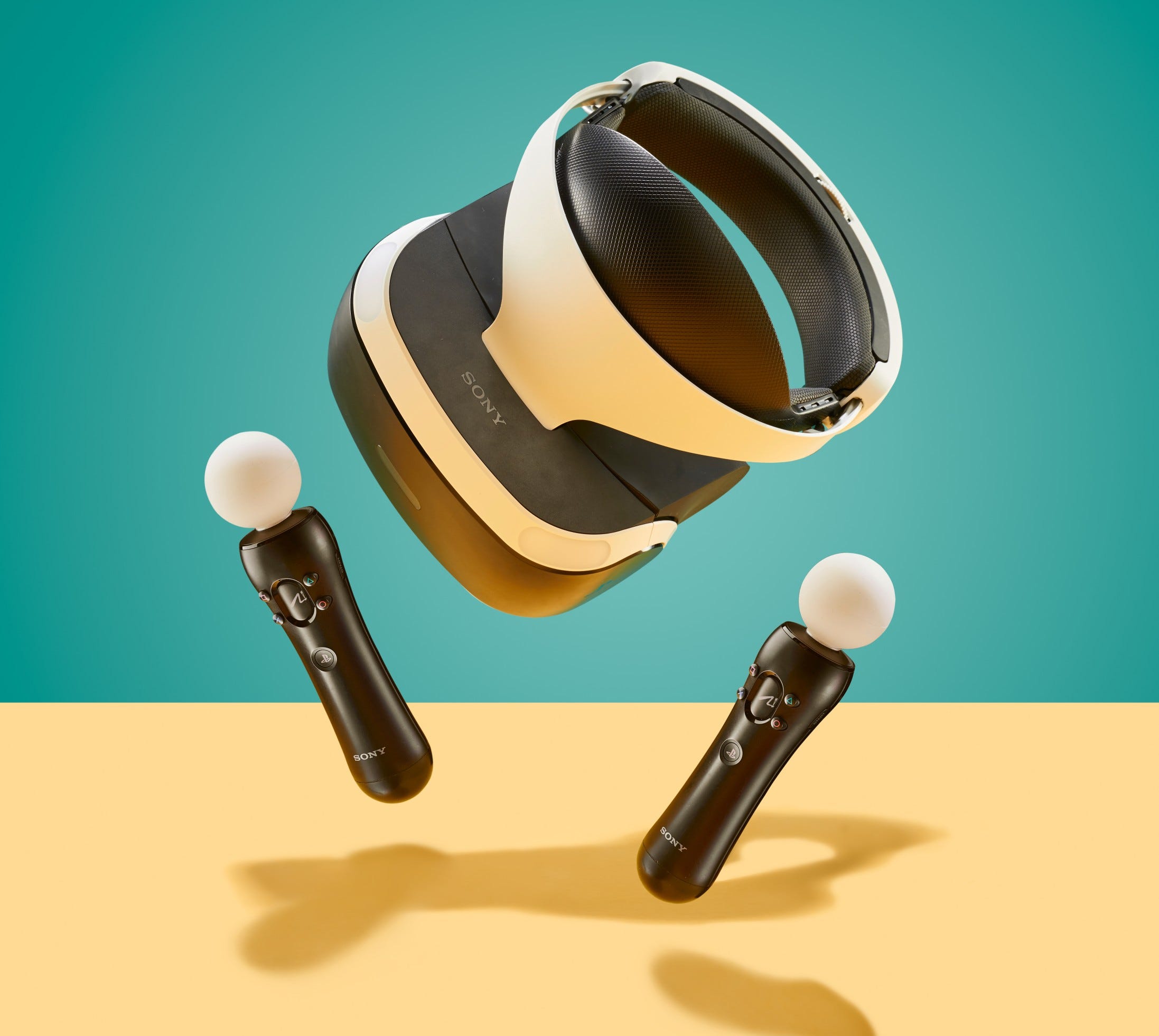 Neil Godwin/T3 Magazine/Future via Getty ImagesA Sony PlayStation VR headset and move controllers are compatible with the PS5 with some caveats.

Ahead of the PS5’s release, the PlayStation blog confirmed that the following hardware would all be forward compatible â€” though, as previously noted, some of it has strings attached.