Is strep throat contagious? Yes, here's how it spreads and signs you may have it 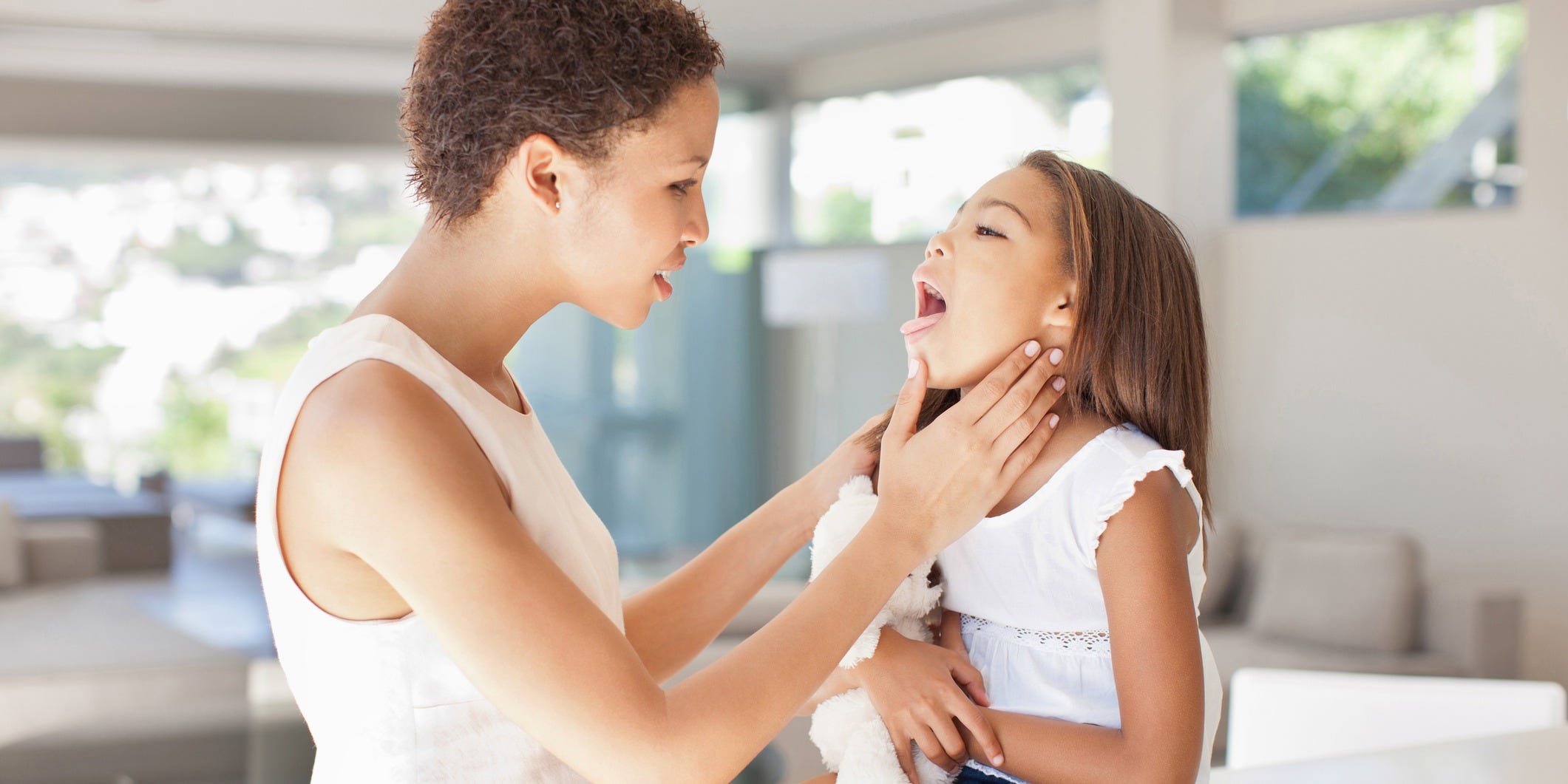 Paul Bradbury/Getty ImagesStrep throat is contagious until your symptoms resolve.

Strep throat is a bacterial infection in the throat and tonsils. It is known to cause a sore or scratchy throat, as well as white patches on your tonsils.

Strep throat is highly contagious during the incubation period – the two to five days after you’re infected and before symptoms appear. It stays contagious until your symptoms resolve, which can take up to seven days.

Here’s what makes strep throat contagious and how to reduce the risk of spreading it.

How do you get strep throat?

Strep throat is caused by group A Streptococcus bacteria.

This type of bacteria is commonly found in the throat and on the skin, but it doesn’t necessarily cause an infection in everyone who has it, says Michael Devine, MD, an internal medicine doctor and geriatrician at Devine Concierge Medicine in Philadelphia.

“When a particularly virulent or aggressive strain of the bacteria is present, it is more likely to cause infection,” Devine says. “These strains can be highly contagious.”

Strep throat is spread through respiratory droplets, such as when an infected person sneezes or coughs. You can become infected by breathing in these droplets, or touching something with droplets on them, and then touching your nose or mouth.

Devine says the most common ways you can get strep throat are:

Anyone can get strep throat, but it is most common in children ages five to 15, where it accounts for 15% to 30% of all throat infections. One reason is that kids are more likely to put their hands in their mouths and are in closer contact with each other in school settings, says Nate Favini, MD, medical lead of Forward, a preventive primary care practice.

Once you’re infected with strep throat bacteria, it usually takes about two to five days to develop symptoms.

According to the CDC, the signs of strep throat include:

Viruses that cause the common cold can also cause a sore throat, but other symptoms of a cold – like a cough – are not common strep throat symptoms, Favini says.

If you’re experiencing a cough or runny nose in addition to a sore throat, it might be due to a cold or flu virus, and not strep throat. Here’s how to further differentiate your symptoms from other similar conditions, like the flu or mono: 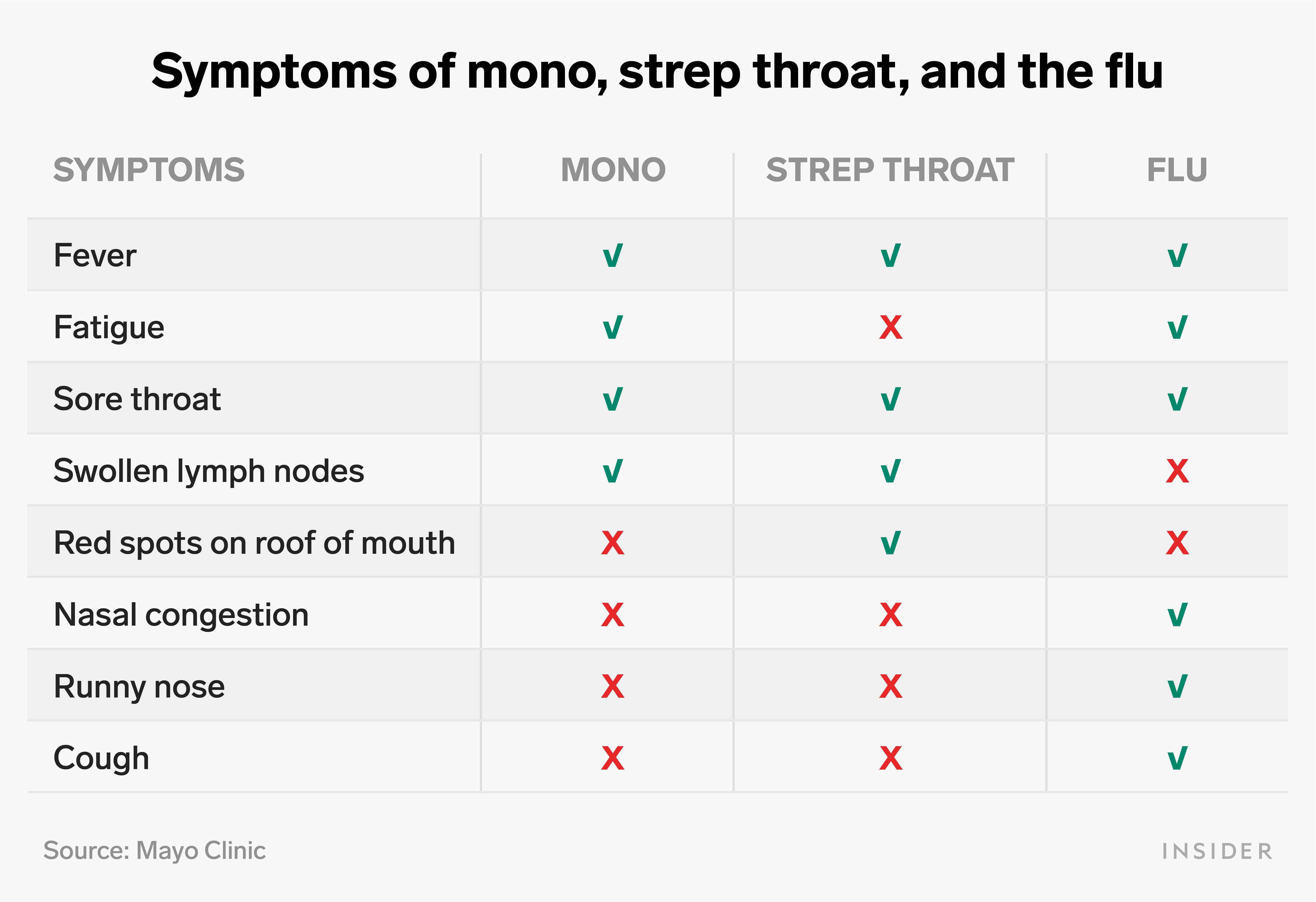 How long is strep contagious?

Strep throat is contagious both during the incubation period and until symptoms resolve. Once you’ve been exposed to strep throat, it takes about two to five days to develop symptoms, and you’re contagious during this time, even if you don’t yet realise you’re sick. If untreated, strep throat symptoms can last and be contagious for about seven days, Devine says.

However, when treated with antibiotics, symptoms usually begin to improve within one to two days. It is important to finish the full course of antibiotics-even after you start feeling better, in order to fully eradicate the bacteria causing infection.

To prevent contagious spread, the CDC says that people with strep throat should stay home from work or school until they no longer have a fever, and have taken antibiotics for at least 24 hours.

Learn more about how to treat strep throat with antibiotics and home remedies.

How to prevent the spread of strep throat

The best way to protect yourself from getting strep throat is to avoid contact with anyone who has the infection, Favini says.

Beyond that, practicing good hygiene can go a long way in keeping yourself healthy, especially in the winter and early spring when strep and other bacteria and viruses, like the flu, are circulating at higher levels than during the summer months.

Here’s how to reduce contagious spread with good hygiene: