Is soy bad for you? Experts say the health benefits likely outweigh any potential risks 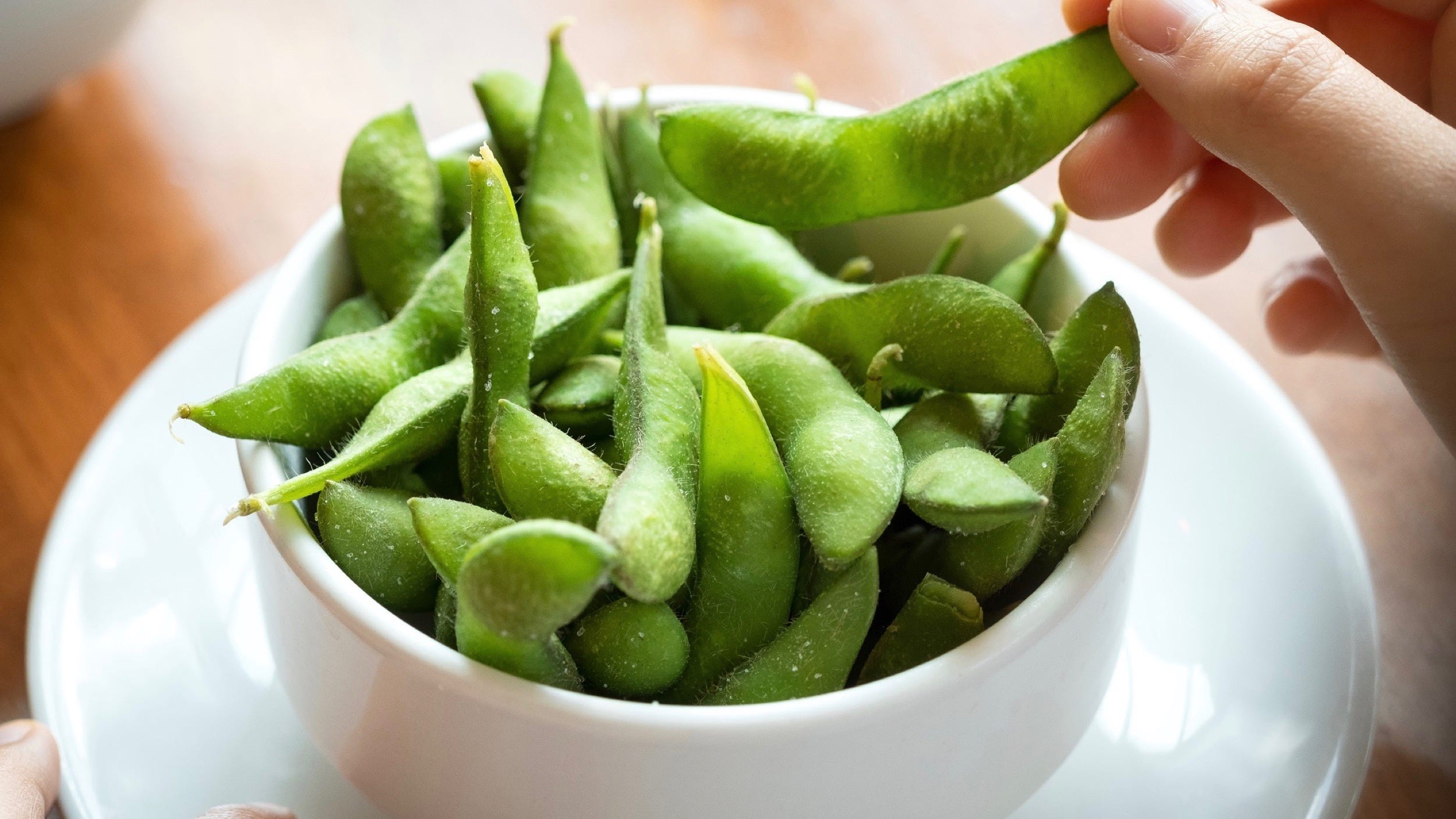 PamelaJoeMcFarlane/Getty ImagesEdamame, made of soybeans, is a good source of protein.

Soy products are staples in many peoples’ diets, especially vegetarians and vegans. However, there is controversy surrounding soy and its possible effects on hormones, cancer risk, and overall health.

Thus, there are mixed opinions on whether soy is good or bad for you. Here’s what the research says.

The benefits of soy

Soy has a number of benefits, but just remember that not all soy products are created equal. For example, a food like processed soy nuggets could contain additives and preservatives whereas a food like edamame, or soybeans, is a more natural, whole-food source of soy. But in general, soy can be a great source of nutrition.

Soy itself is full of protein. In fact, whole soy foods like soybeans, tempeh, and tofu are considered complete proteins, meaning they contain nine essential amino acids that the body needs but can’t produce on its own. Consuming complete proteins is especially important for vegans and vegetarians since many meats are a major source of complete protein.

On top of protein, there are some other beneficial nutrients in soy. Soybeans, for example, contain fibre, calcium, vitamin A, vitamin C, and iron. If you eat tempeh, which is made from fermented soybeans, the food will also contain probiotics that are great for your gut health and microbiome, says Danica Cowan, MS, RD, an integrative dietitian at UCSF Osher Centre for Integrative Medicine.

Why is soy controversial?

Soy foods contain something called isoflavones, which are a type of phytoestrogens, meaning that they function in a similar way as estrogen. They occur naturally in many plants, but soy foods have the highest amounts of isoflavones. Though these isoflavones may have some benefits for older women, a few studies have raised red flags about their effect on the body.

Since these isoflavones behave like estrogen, they may be helpful for perimenopausal or post-menopausal women. This is because ovaries produce less estrogen as you age, which can contribute to unwanted symptoms such as night sweats, hot flashes, and sleep problems. The estrogen-like behaviour of isoflavones may help abate these symptoms.

In fact, a 2014 meta-analysis published in German Medical Science examined 17 existing randomised controlled trials and found that consuming 54 mg of soybean phytoestrogens for 6 to 12 months reduced both the frequency of hot flashes in menopausal women by 20.6%.

But those same phytoestrogens that have been found to be helpful for menopausal women are also at the heart of the soy controversy.

A 2010 review published in the Journal of Nutrition found that in adult women, consuming high amounts of soy can affect ovarian functioning. This is due to the fact that the isoflavones mimic estrogen and can affect estrogen signalling in the ovaries, which could lead to disrupted ovulation. However, they also noted that for women who had one to two servings of soy a day as part of a balanced diet, this should not be a problem.

Cowan says the body of research surrounding this controversy is not conclusive. So, should people be worried about soy and breast cancer right now? “The short answer is maybe, we’re not really sure, but probably not,” says Cowan.

Who should avoid soy?

Additionally, soy can be problematic for people with thyroid conditions. Everybody needs to get iodine in their diet. The body does not produce it naturally. Iodine is crucial for the production of thyroid hormones.

Soy contains goitrogens, which can reduce the absorption of iodine, says Cowan. And without enough iodine, this can lead to worsening of hypothyroidism. Iodine deficiency can result in symptoms like enlarged thyroid, and possibly an inability to think clearly.

There’s also controversy surrounding whether children should consume soy. A 2016 study published in Nutrition Research examined almost 400 subjects and found that children who consumed soy, and therefore isoflavones, were two to two-and-a-half times more likely to get Kawasaki disease than those who did not consume soy. Kawasaki disease causes inflammation in the arteries and lymph nodes. It’s more common in children than in adults.

However, a 2017 review published in Nutrition Reviews concluded that isoflavones in soy don’t have adverse effects on puberty, however, research is limited.

Whether or not soy is “good” or “bad” for you really depends on your particular health situation, the type of soy product you’re eating, and your diet as a whole. Diet advice needs to be individualized, Cowan says, because there are certain foods that are beneficial to some people but potentially harmful to others.

For example, if you have breast cancer or are genetically predisposed to it and it will give you more peace of mind to not eat soy, then don’t eat it. Also, you should be avoiding soy if you have a thyroid condition. And as far as feeding your children soy, it’s your call to make since the research is limited.

However, Cowan says for some people, like vegetarians and vegans, there are more pros than cons when it comes to consuming soy. Just try to eat no more than two servings a day to avoid potential health risks. Even if the research isn’t conclusive, it’s best to be safe.

Additionally, Cowan advises people to look at each individual soy food rather than lumping it all together in one category.”My recommendations about soy are really about all foods. Highly processed foods are not healthy and whole foods are healthy, and I think soy falls under that umbrella as well,” says Cowan.

She also recommends looking at your diet as a whole. Instead of fixating on individual foods, Cowan says to look at your overall diet patterns to ensure that you have a healthy and balanced diet.